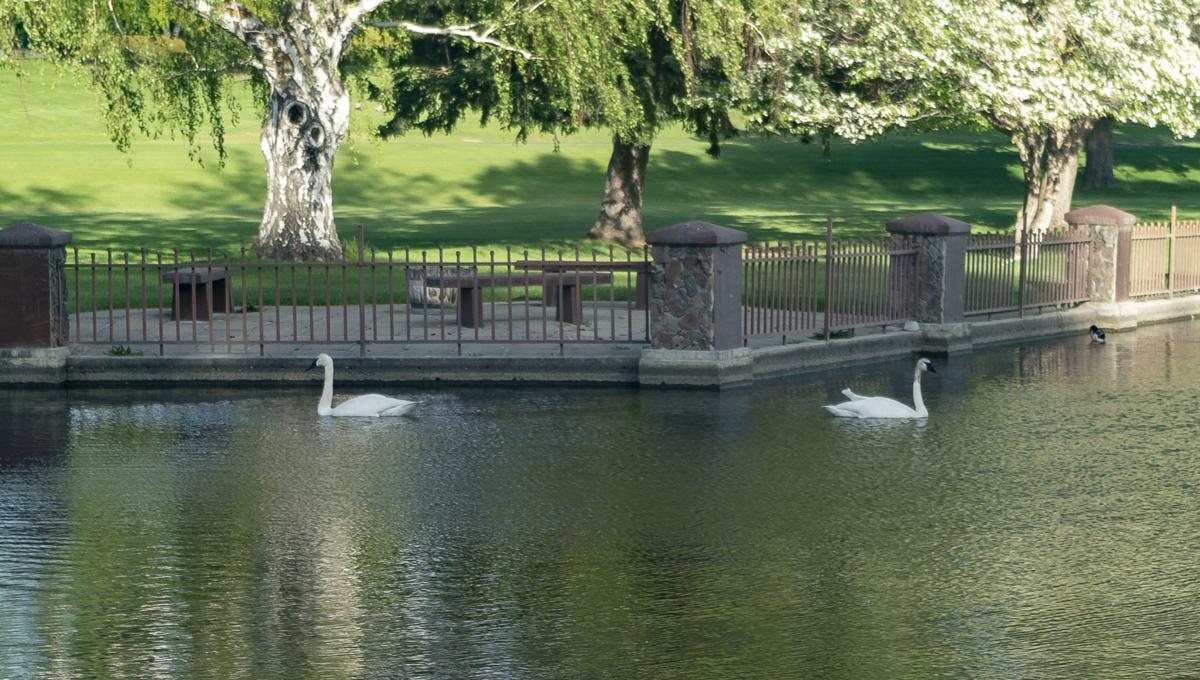 A pair of Trumpeter swans swim in the pond at Terrace Heights Memorial Park. 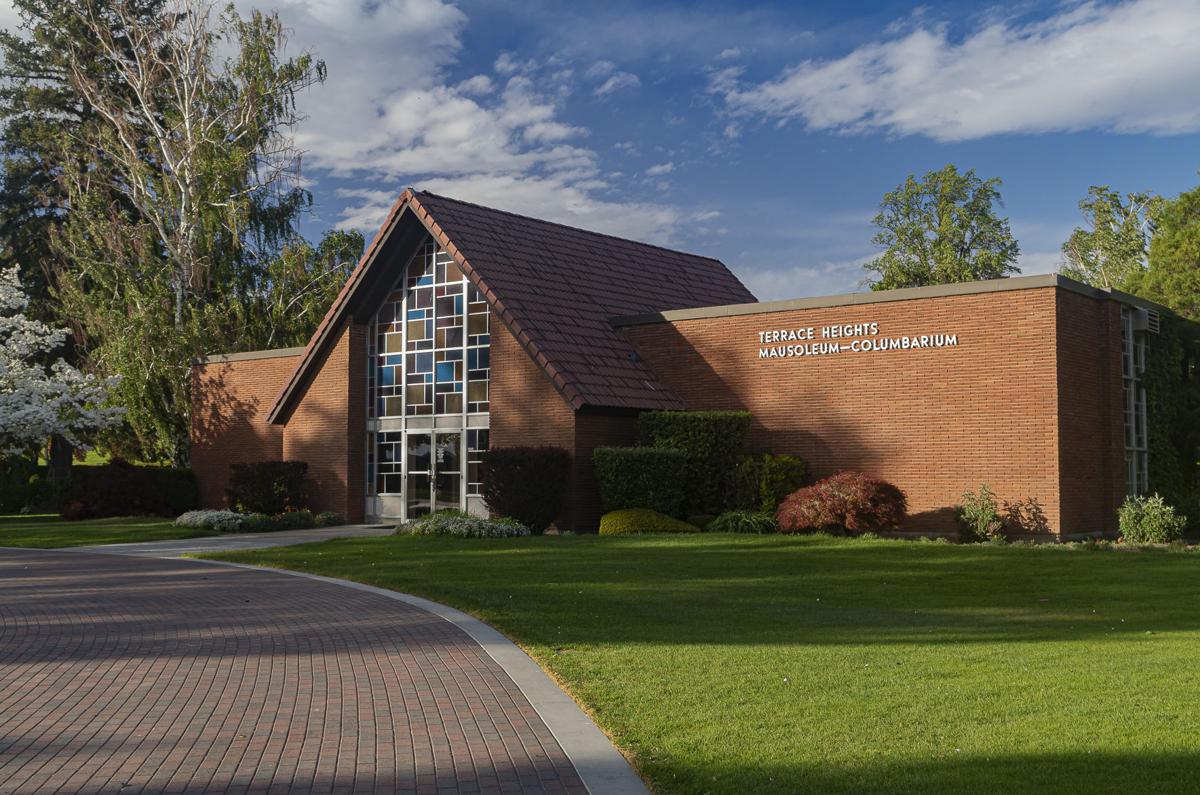 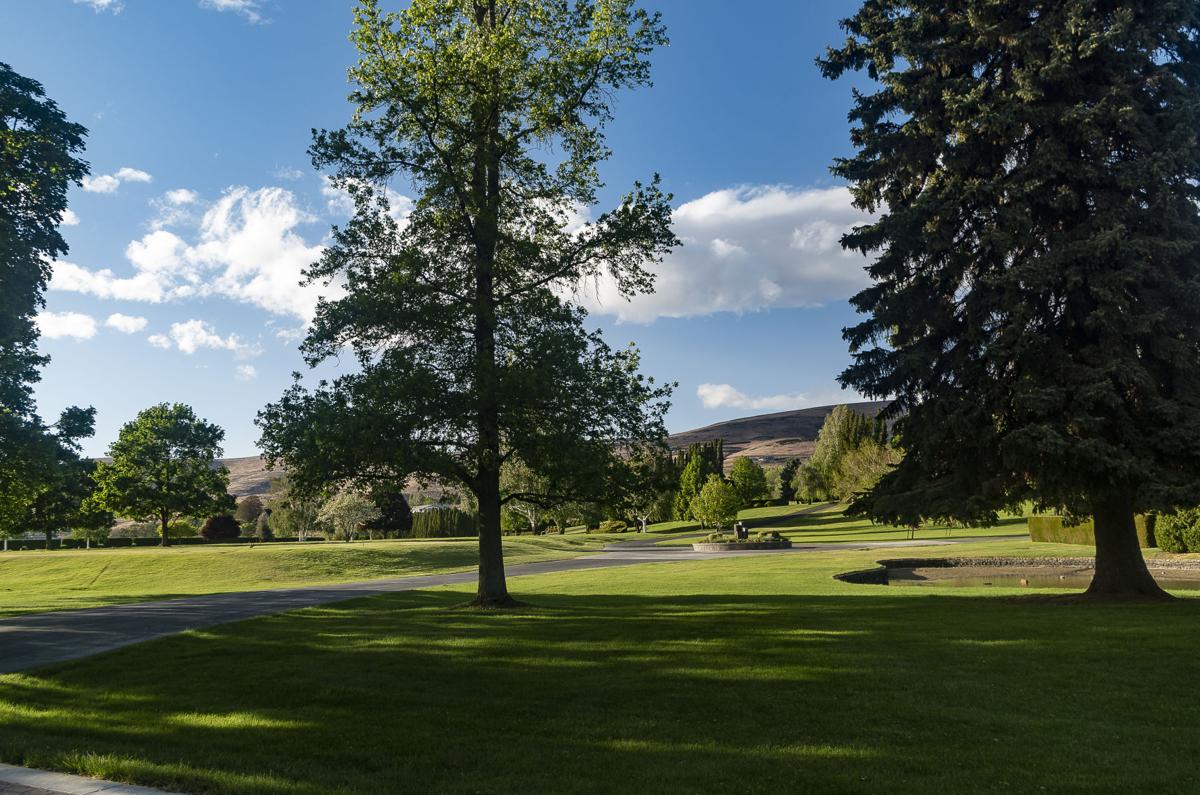 Terrace Heights Memorial Park, which has more than 31,000 people buried or inurned, opened in 1930.

A pair of Trumpeter swans swim in the pond at Terrace Heights Memorial Park.

Terrace Heights Memorial Park, which has more than 31,000 people buried or inurned, opened in 1930.

For more than 90 years, Terrace Heights Memorial Park has offered a final resting place as well as a pleasing park setting in the Yakima suburb.

The 55-acre cemetery has almost 32,000 people buried or inurned on the grounds, including some notable names from Yakima history and the mother of a country music legend.

And it has an additional 25 acres of land it can expand into as needed in future years.

Park-like cemeteries are a concept that goes back to Victorian England. In the past, cemeteries were usually on the grounds of a church, crowded with tombstones that served as memento mori, a reminder that everyone is going to die and people had better start putting their lives in order.

But in the 19th century, reflecting a change in attitudes about death as well as sanitary concerns, garden-like cemeteries were created, with the deceased buried amid manicured lawns, ponds and trees, with the funerary art shifting away from the earlier depictions of skulls and warnings about judgment to more uplifting, artistic work.

The movement proved so popular that many of those cemeteries were used like public parks, where people could get away from the city and enjoy nature.

Forest Lawn Memorial Park in Glendale, Calif., is credited with taking the concept of the memorial park to the next level. At the famous cemetery, established in 1906, upright grave markers were eliminated in favor of those flush with the ground, with the goal of creating a place that was designed to reflect hope for the afterlife and be pleasing to the eye, with landscaping and artwork, including a reproduction of Bertel Thorvaldsen’s famous “Christus” statue.

The association began acquiring orchards on which to build the memorial park. Like Forest Lawn, Terrace Heights Memorial Park would forego standing tombstones in favor of markers set in the ground. Along with the aesthetic value of creating uninterrupted vistas, flat markers were also practical in that grounds crews didn’t have to work around upright monuments as they trimmed grass.

The cemetery officially opened on April 1, 1930, with the first burial taking place June 6 of that year.

Along with its manicured lawn and brick-paved roadways, the park also features a pond where mated swans swim, along with Canada geese and ducks who make the grounds home in the summer months. Introduced in 1935, the swans were at first Mute swans, until the state declared the species “deleterious” and they were replaced with Trumpeter swans.

Over time the cemetery expanded, with a mausoleum and crematorium designed by John S. Villesvik that opened in 1959. Architect John Maloney, who designed the A.E. Larson Building and St. Paul’s Cathedral, also designed the tool house at the memorial park.

An outdoor mausoleum was added to the grounds in 2008.

Among the thousands buried there are Walter N. Granger, namesake of the city of Granger and the man who built the Sunnyside Canal; Angus C. Davis, the Yakima school superintendent for whom A.C. Davis High School is named; Yakima County sheriff’s Deputy Jake Guns, the only deputy killed in the line of duty; Alice Bachison, the first woman to serve as a Yakima police officer; and Dan Oaks, the only Yakima County Corrections officer to die in the line of duty.

Also buried at Terrace Heights Memorial Park is Myrle Marie Harvey, the mother of country singer Willie Nelson. Born in Arkansas, she divorced Nelson’s father in Texas and moved around the country, working as a waitress, dancer and card dealer, before eventually settling in Gleed with her third husband, Ken Harvey. She died in 1983. Ken Harvey is buried alongside her.