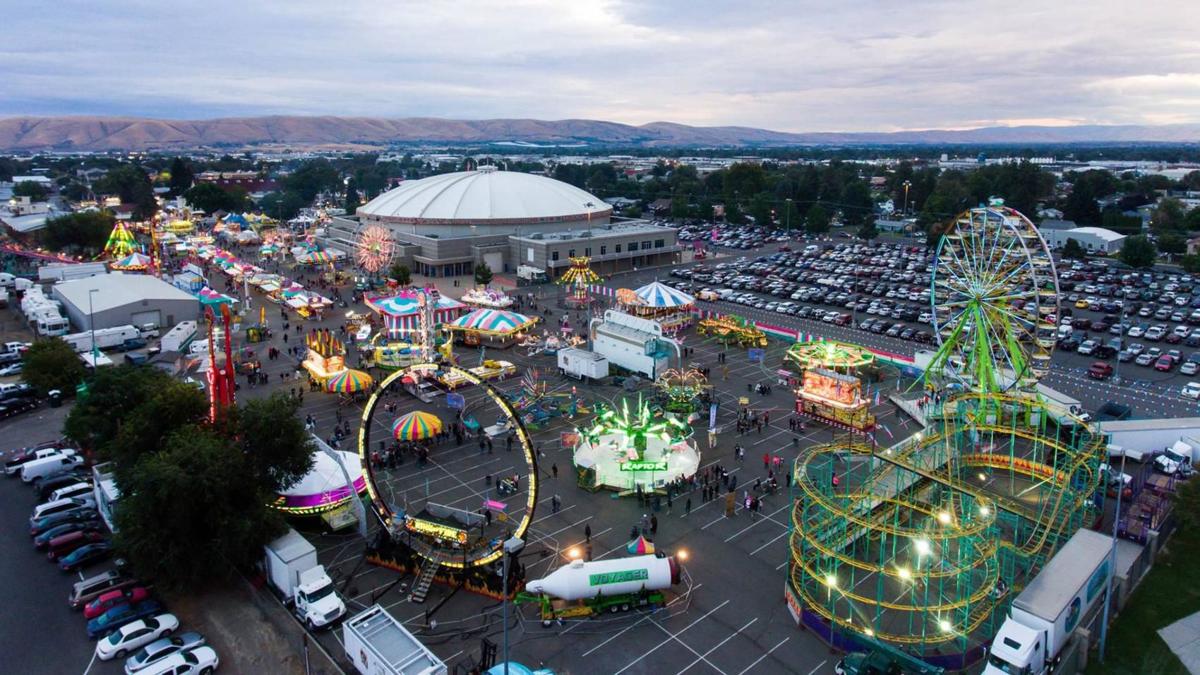 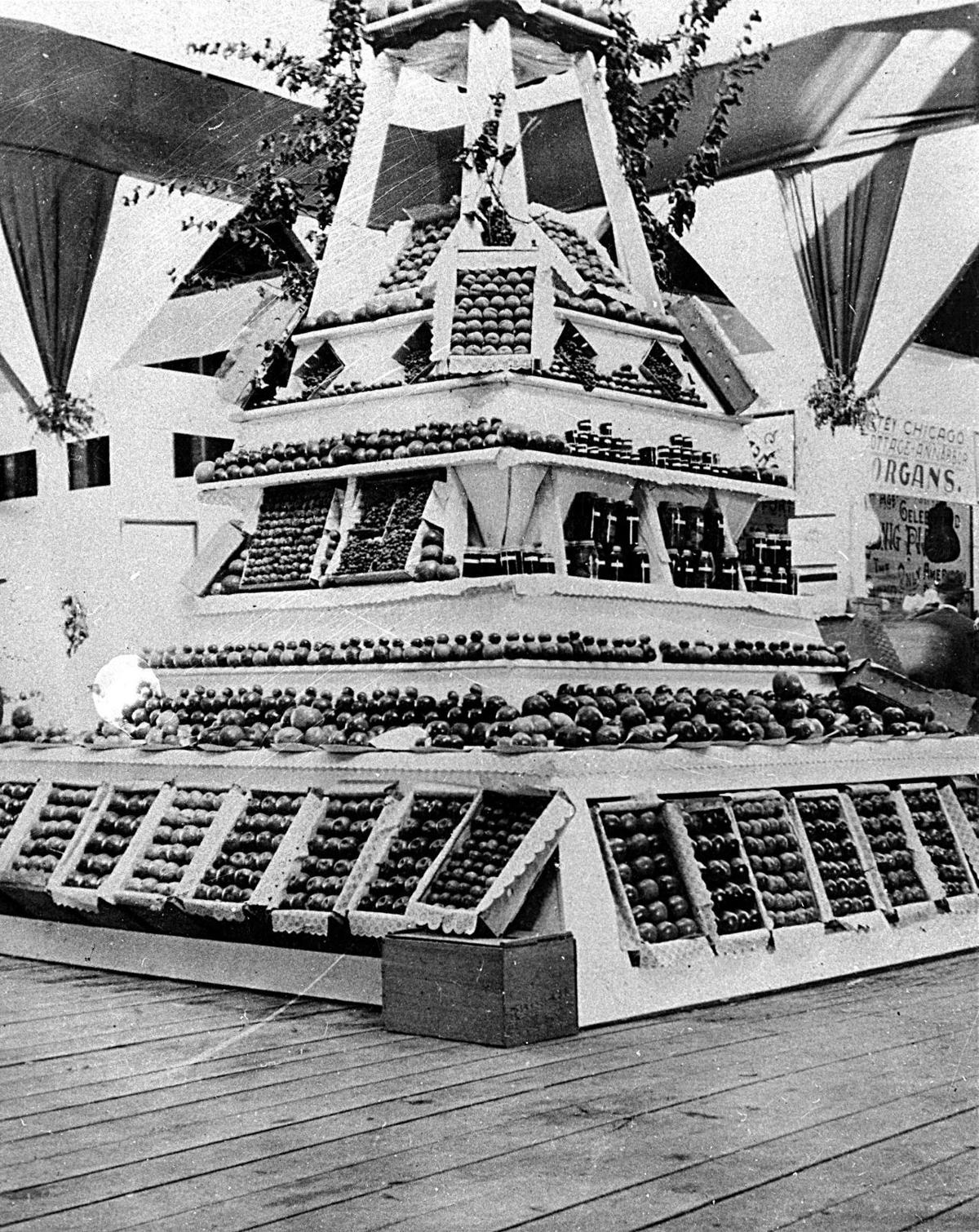 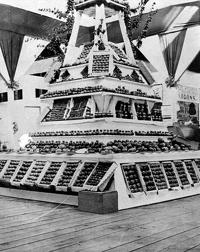 A pyramid of apples on display at a long-ago Central Washington State Fair, as shown in this image from the Yakima Valley Libraries Digital Repository 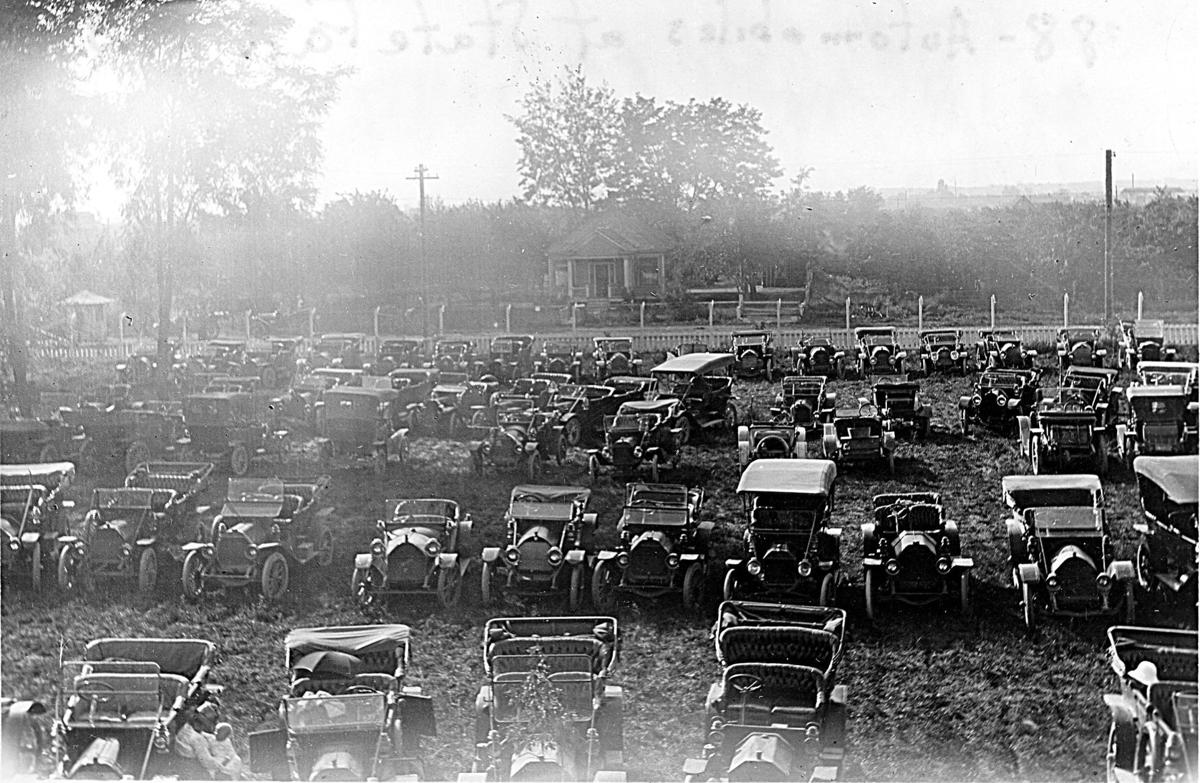 Cars fill the fairgrounds parking lot at a long-ago Central Washington State Fair, as shown in this image from the Yakima Valley Libraries Digital Repository.

A pyramid of apples on display at a long-ago Central Washington State Fair, as shown in this image from the Yakima Valley Libraries Digital Repository

Cars fill the fairgrounds parking lot at a long-ago Central Washington State Fair, as shown in this image from the Yakima Valley Libraries Digital Repository.

For many people, the announcement last week that the Central Washington State Fair would be canceled due to the coronavirus pandemic seemed like an unprecedented move.

In most people’s memory, the fair’s livestock and produce displays, midway attractions, concerts and lamb burgers were a constant in the life of the Valley.

And while the fair has weathered rough times in Yakima County, there have been six times prior to this year that the 128-year-old fair was closed, because of finances, disease and war.

The Legislature awarded Yakima the state fair in 1892, partly as a consolation prize after Pullman beat out Yakima for the land-grant college that is now Washington State University. Lawmakers appropriated $10,000 for buildings in 1893, and the fair launched in 1894.

The fair was almost canceled in 1895 because of a lack of state funding, but the North Yakima Commercial Club stepped in to finance it.

But the fair was shuttered in 1897, when no state money was available, and the business community chose not to step in again.

The fair resumed in 1898 and every year after that like clockwork until 1924. That year, the fair was closed because of an outbreak of hoof-and-mouth disease, which posed a serious threat to livestock. In its place, there was a harvest festival.

The next time the fair was canceled was also the longest due to World War II. When the United States entered the war, the fairgrounds were used for war-related manufacturing and training, and the fairs from 1942 to 1945 were called off.

During the war, Kenworth Truck Co.’s plant in Seattle was relocated to the fairgrounds to allow Boeing to expand its factory to build warplanes.

At the fairground, truck frames were assembled under the original grandstands and moved to the Industrial Building — where the Yakima Valley SunDome now stands — for final assembly.

During the war, the truck lines ran 24 hours a day, turning out nine trucks a day. Three of the trucks were for the civilian market, while six were made for the Army, specifically to haul supplies from India along the Burma Road to China.

Kenworth also took over Pioneer Hall, where spare parts were soaked in cosmoline before being packed for shipment to southeast Asia.

Greg Stewart, then-State Fair Park president and general manager, said in a 2017 interview in the Yakima Herald-Republic that the oil-like odor of the rust inhibitor still permeated parts of the building decades later.

Navy and Army Air Corps pilots also took their ground-school lessons at the fairground, where they were also housed. Naval aviators stayed in the Modern Living Building while the Army pilots were billeted in the Agriculture Building and used the exhibition hall as a basketball court. The markings on the floor are still there.

Among the pilots who trained there was actor John Payne, who would later play the lawyer representing the man claiming to be Santa Claus in “Miracle on 34th Street,” according to a history written by Paul Creighton. Payne, Creighton said, broke his leg while there, and worked in the fairground’s greenhouse while recuperating.

The fairgrounds were also the site of war bond rallies, with stars such as Clark Gable, George Burns and Spencer Tracy encouraging people to buy bonds to finance the war effort.

When the war ended, the truck factory and pilots left the fairgrounds, and in 1946 a five-day fair was conducted. The string continued until this year, when the coronavirus pandemic prompted fair officials to cancel the event.

But as in 1924, there will be an alternate event. This time, it will be a drive-through food festival.