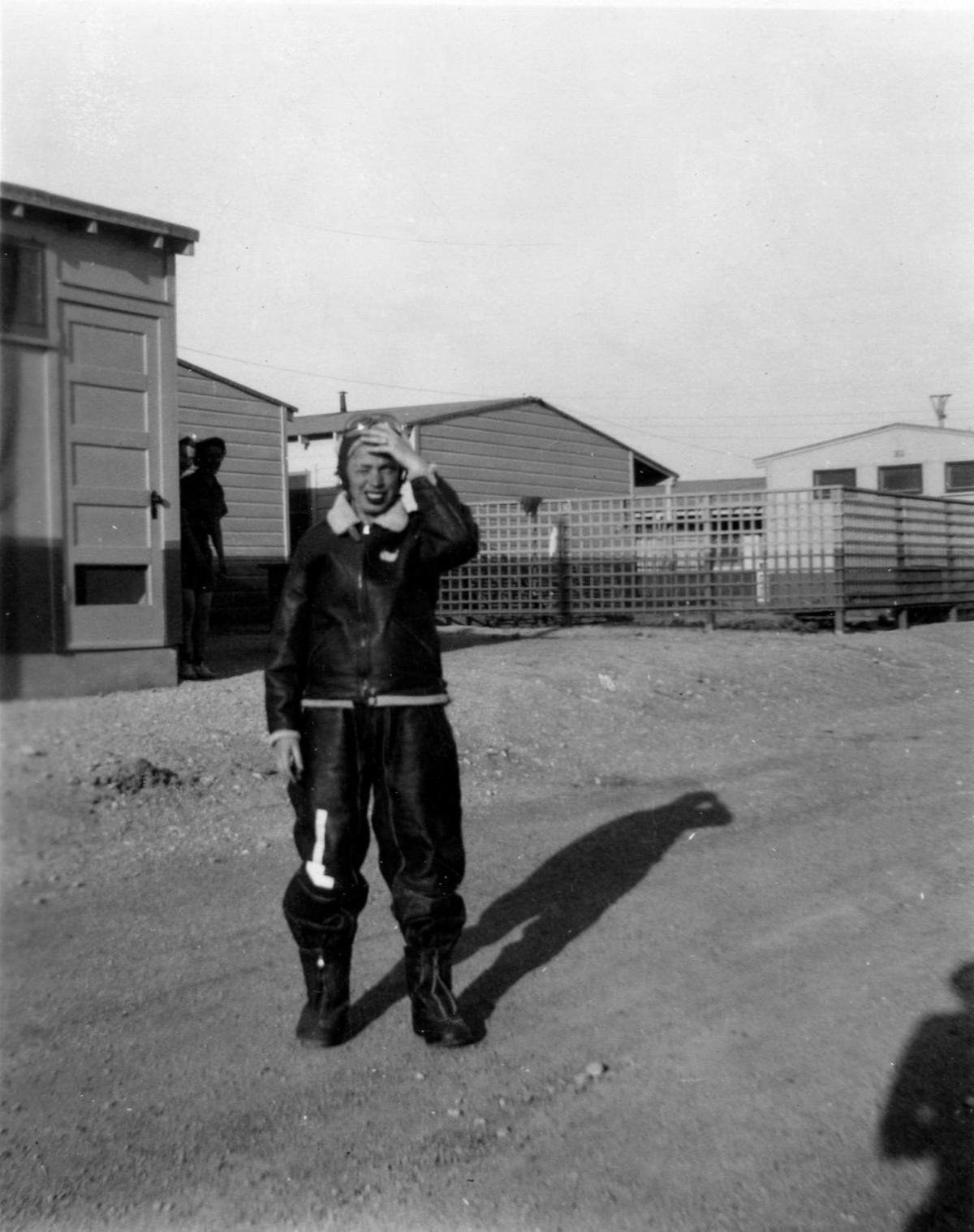 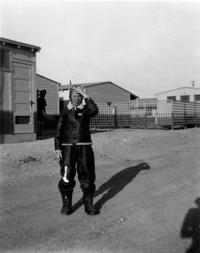 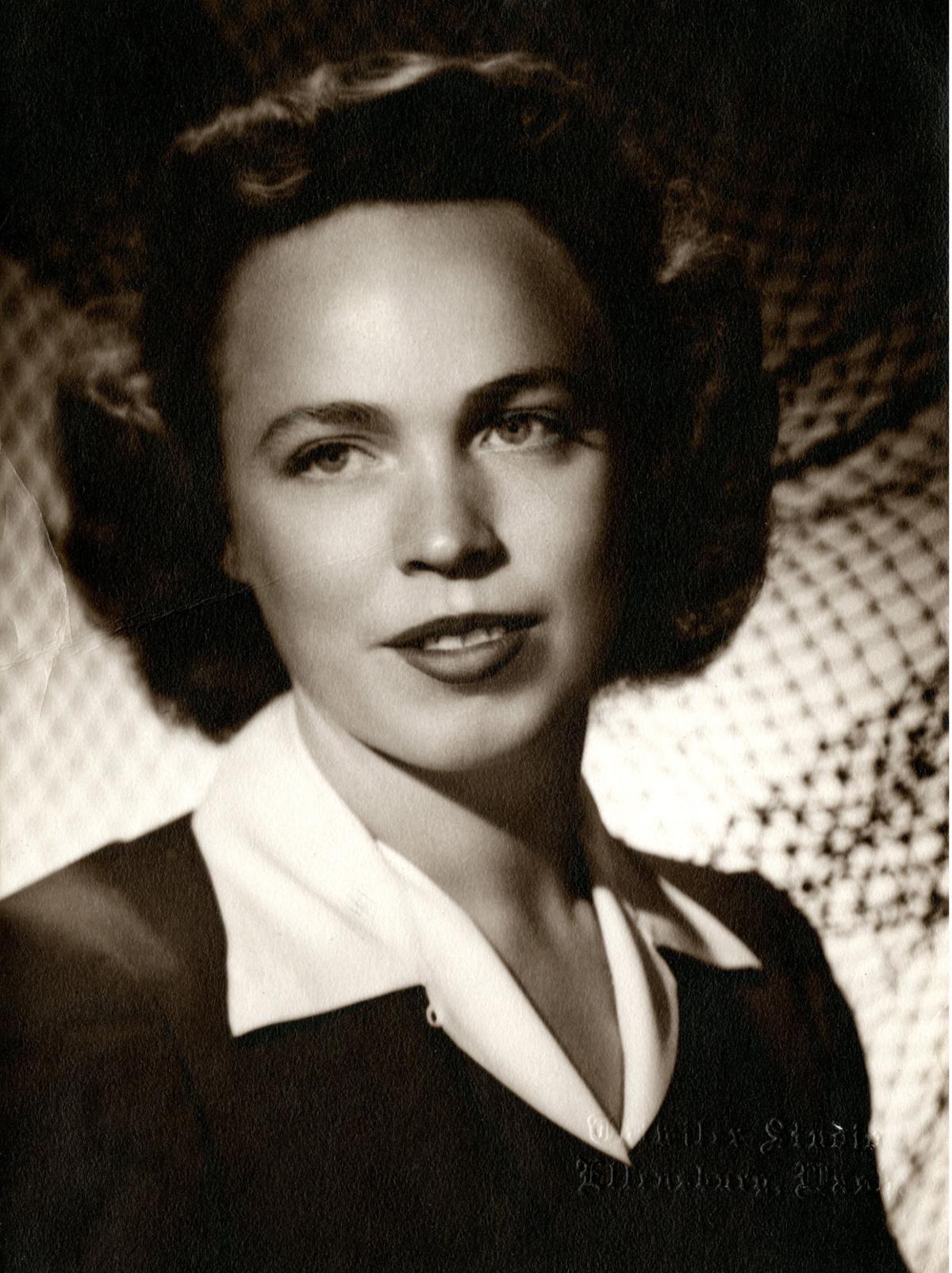 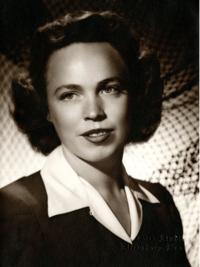 A recently updated exhibit at the Kittitas County Historical Museum highlights a chapter of American aviation history and an Ellensburg woman’s role in it.

Mary Louise Webster was a member of the Women Airforce Service Pilots program and was killed 75 years ago today in a crash in Oklahoma, less than two weeks before the program was discontinued.

The display, which includes photos and artifacts from Webster’s life and service as a WASP, is due in large part to the contributions made by Webster’s nieces Linda Webster Starkovich and Kelly Spence Holderman.

It was highlighted during a reception Friday as part of the First Friday Art Walk.

“I’m just thrilled,” Holderman said in a phone interview. “It’s a beautiful exhibit. It was beyond my expectations at the time.”

Webster was born June 30, 1919, in Ellensburg to William Fredrick Webster and Mary Webster. She was the eighth of nine children. She attended Lourdes Academy before transferring to Holy Names Academy in Seattle, Holderman said.

Webster was an outgoing woman, Holderman said, in contrast with her taller but more reserved younger sister, Bette, who was Holderman’s mother.

She received a business degree from what is now Central Washington University and worked at Boeing in Seattle before the war. Her father had her come back to Ellensburg, believing it was a safer place than the coast, Holderman said.

Holderman said she was not sure where her aunt got her love of flying but said a childhood photo shows her wearing a cape.

Webster took flying lessons, mostly in Yakima but also at Bowers Field in Ellensburg. She then enlisted in the WASPs, which had been organized in August 1943 with the merger of the Women’s Auxiliary Ferrying Squadron and the Women’s Flying Training Detachment.

WASPs’ duties consisted of ferrying aircraft around the country, towing aerial targets for gunnery practice and other flight-related duties within the United States as required. The thinking was that the women would free up male pilots to fly combat missions over Europe and the Pacific.

Webster graduated from the training program Oct. 9, 1944, at Avenger Field in Sweetwater, Texas. She was assigned to Frederick Army Air Field in Oklahoma, where she was training to fly B-25 “Billy Mitchell” bombers, according to news reports from the time.

She came home on leave in November to serve as godmother for Holderman’s brother, she recalled.

Webster was one of three siblings serving in the war. Her brother Joe was flying transport aircraft in Europe while another brother, William, was a Navy lieutenant serving in the Pacific.

On Dec. 10, 1944, a Western Union employee came to the Webster home in Ellensburg with a telegram. Holderman’s mother received the telegram but waited for her father to come home to open it.

At the time, telegrams were harbingers of bad news, usually of a loved one who had either been killed in combat or was missing in action.

“They called it a black telegram,” Holderman said. “You knew when it came, it was something bad.”

Holderman said the family initially feared it was about Joseph or William, who were in combat zones.

Instead, it was from the commanding officer at Frederick, informing the family that Webster had died in a plane crash the day before near Claremore, Okla. She was 26, and 11 days away from being discharged with the rest of the WASPs when the program was to be disbanded.

Mary and two soldiers, Lt. George W. Crowe and Sgt. Melvin Clark, had received orders to go to Tulsa. They were flying in a Cessna UC-78 Bobcat, a twin-engine training aircraft also used for light transport. An investigation determined that the plane’s wings iced up, causing it to crash.

Webster would be the 38th and last WASP to die in the line of duty. Four other Washington women died while serving as WASPs.

Her family also received a telegram from Jacqueline Cochran, the Air Corps’ director of female pilots, expressing her condolences.

“I hope this will convey to you how deeply we all feel about Mary’s accident,” Cochran wrote. “May God give you the strength to find comfort in the fact that when she was called upon to make the supreme sacrifice, she was serving her country in the highest capacity permitted to women today.”

While they were serving in the Air Corps, WASPs were considered civilians, so the Webster family had to pay for her body to be brought back. Webster’s fellow WASPs chipped in to have a pilot, Nettie Winfield, escort Webster’s body back to Ellensburg.

Holderman said her grandfather then had to pay Winfield’s fare back to Oklahoma.

Webster is buried at Holy Cross Cemetery in Ellensburg.

In 1977, WASPs were formally recognized as military service members and were granted veterans benefits.

Another step in giving the WASPs the recognition they deserved came in 2010, when President Barack Obama awarded the pilots the Congressional Gold Medal. U.S. Sen. Patty Murray had Webster’s medal sent to Starkovich, who decided to donate it to the museum.

“We couldn’t see having it,” said Starkovich, whose father was E. Walter Webster. “If the museum had it, everybody could enjoy it.”

Holderman had additional artifacts, including the ring Webster was wearing during the crash along with a letter from her brother that was in her pocket.

Those items, along with newspaper clippings, the telegrams and other items, were donated to the museum in 2018, and an exhibit initially opened earlier this year.

Sadie Thayer, the museum’s director, said the permanent exhibit was expanded in time for the 75th anniversary of Webster’s death and the end of the WASP program. She said it shines a light on a bit of Kittitas County history and the WASPs’ contribution to the war effort.

“A lot of folks said they know the Webster family, but not the loss of Mary Louise,” Thayer said.

It Happened here is a weekly history column by Yakima Herald-Republic reporter Donald W. Meyers. Reach him at dmeyers@yakimaherald.com.