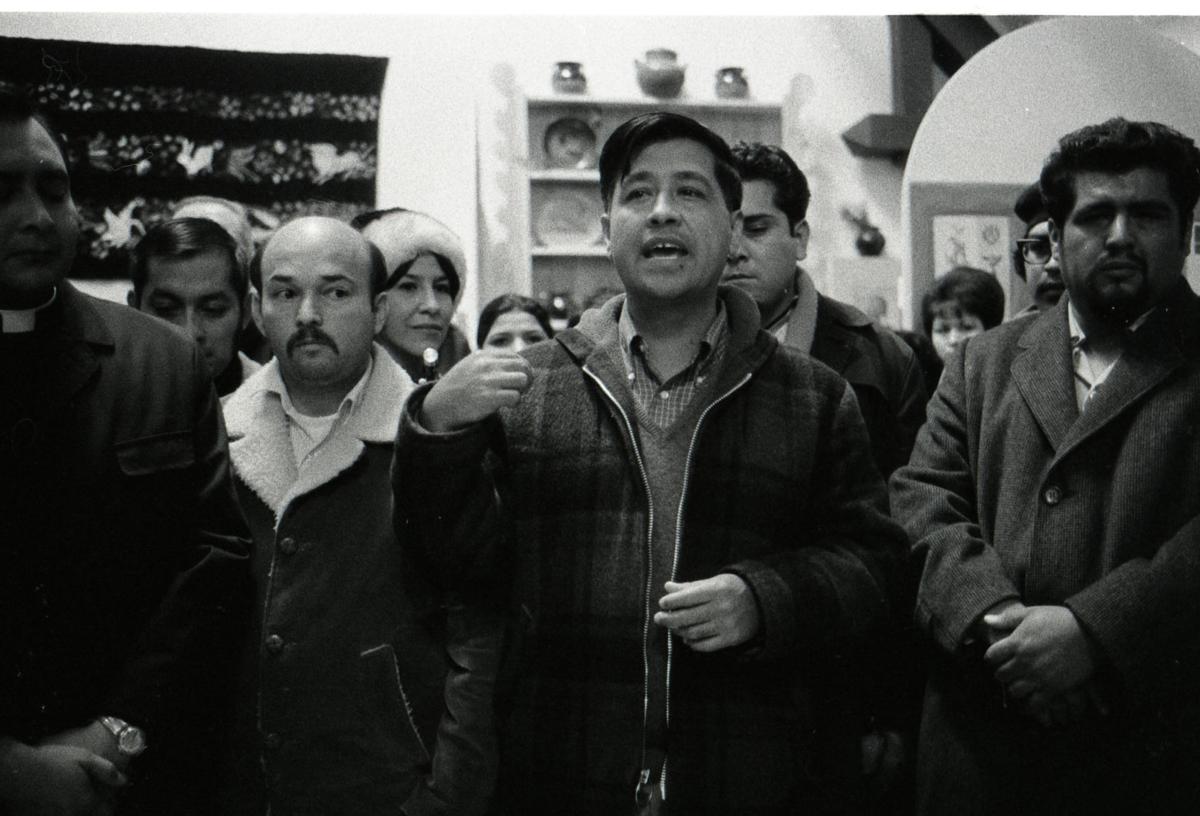 In the interior of the Escuelita in Granger, Wash., Cesar Chavez (center) begins to speak to a group of farmworkers and supporters. 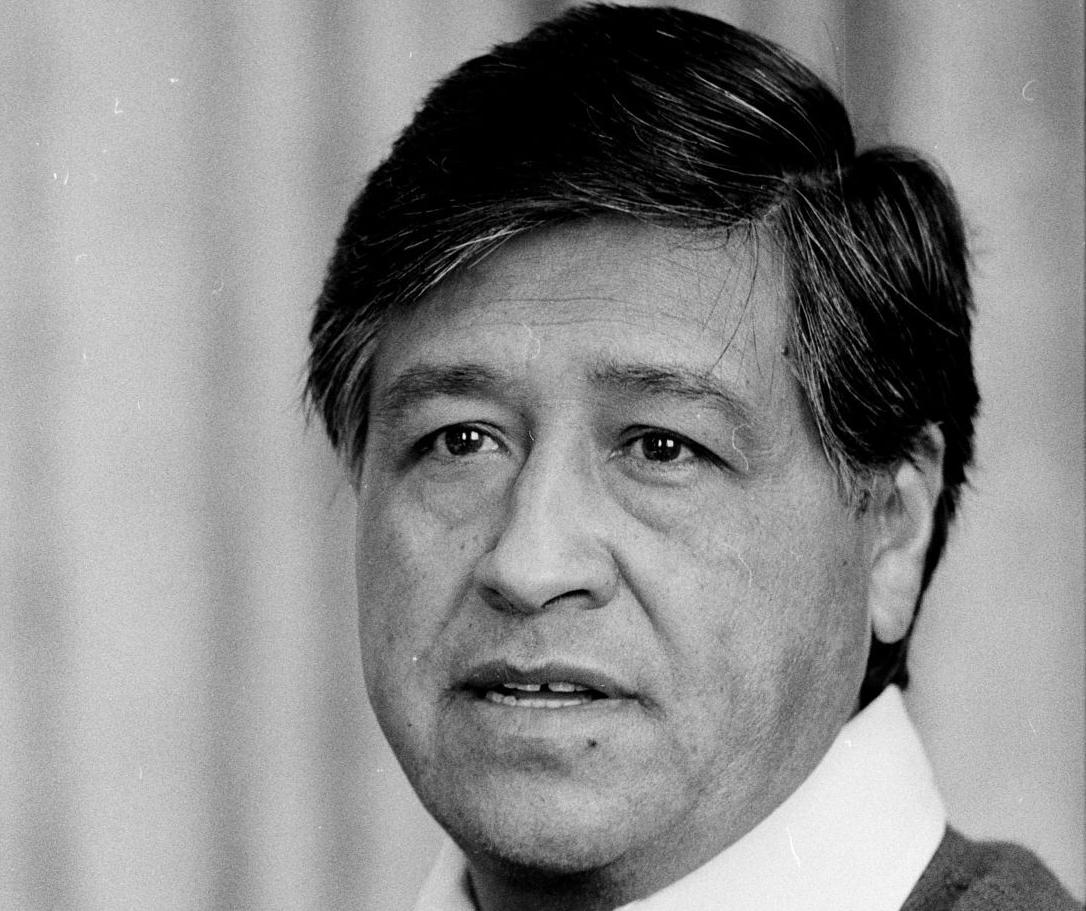 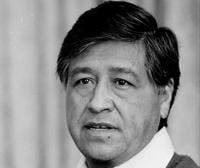 Cesar Chavez, leader of the United Farm Workers, photographed during a 1979 interview. In 1986, Chavez led Yakima County farmworkers and their supporters on a two-day march from Granger to Yakima to call for better wages and support for organized labor.

In the interior of the Escuelita in Granger, Wash., Cesar Chavez (center) begins to speak to a group of farmworkers and supporters.

Cesar Chavez, leader of the United Farm Workers, photographed during a 1979 interview. In 1986, Chavez led Yakima County farmworkers and their supporters on a two-day march from Granger to Yakima to call for better wages and support for organized labor.

Thirty-five years ago in April, Yakima Valley farmworkers took to the streets to address low wages and other concerns.

The workers, who marched from Granger to Yakima over the course of two days, were led by Cesar Chavez, founder of the United Farm Workers union.

One organizer of the march said its legacy was instilling confidence in area farmworkers and giving them a voice that has been heard in Olympia.

“They became emboldened,” recalled Ricardo Garcia, one of the organizers of the 1986 march and one of the founders of Radio KDNA, a Granger-based Spanish-language radio station.

The farmworkers movement traces its roots to the Mexican Farm Worker Program — also known as the Bracero program — that brought Mexican nationals to the United States to keep farms working as the military and war industries created a labor shortage.

While the program required that farmworkers be treated fairly, they were subjected to brutal working conditions — workers were required to use short-handled hoes — and cheated out of a portion of their wages by the Mexican government, which was supposed to hold a tenth of their paychecks in trust for them.

The National Farm Workers Union was organized to combat the abuses that farmworkers faced.

Chavez emerged as a leader in the farm labor movement, founding the National Farm Workers Association in 1962 in California with Dolores Huerta, forging alliances with other unions, churches and community groups to push for the end of the Bracero program in 1964.

Tomas Villanueva and Guadalupe Gamboa, sons of Yakima Valley farmworkers, met with Chavez in 1966, and came back to formed the United Farm Workers Cooperative in Toppenish, pushing for better wages, sick pay and help applying for food stamps and other assistance.

“We invited him to inspire, motivate people for the farmworker movement,” Garcia said.

Persuading Chavez to visit wasn’t difficult. Chavez was familiar with the work Garcia, Villanueva and others were doing and used KDNA as a model for Spanish-language community radio stations in California.

But the main events were the marches to call attention to workers’ plight, such as the need to increase pay for asparagus cutters.

The first leg of the march on April 5 went from Granger to Toppenish along State Route 223, followed by a march from Wapato to Yakima along U.S. Highway 97 on April 6.

Five hundred people were expected the first day, but Garcia said the numbers grew as people joined the march. News reports pegged the final number at around 700.

The next day, the marchers headed out from Wapato’s city park and up the highway to Miller Park in Yakima, where Chavez spoke to a crowd of about 2,000 people.

“His talks to the farmworkers were inspirational,” Garcia said “If you want change, better health care, the union for farmworkers was doing that.”

Despite the large crowds, Garcia said the march and rally at Miller Park were orderly and peaceful.

Garcia said the march gave farmworkers in the Valley much-needed confidence in speaking out.

You could sense it “by the way farmworkers called to talk on the radio,” Garcia said. “They participated in more meetings. There was a surge of good feelings from the farmworkers.”

Workers were also willing to walk out of orchards and demand better pay and working conditions. And they also sent delegations to the Legislature to lobby for laws supporting farmworkers.

In September 1986, the United Farm Workers of Washington was formed, with Villanueva as its president, with some pointing to the march as the catalyst for its formation.

In 2016, Garcia joined activists to recreate the march, this time as a call for immigration reform as well as better pay for farmworkers.

It Happened here is a weekly history column by Yakima Herald-Republic reporter Donald W. Meyers. Reach him at dmeyers@yakimaherald.com. Sources for this column include Ricardo Garcia, United Farm Workers, the Seattle Civil Rights Labor History Project, the Library of Congress, historylink.org and the archives of the Yakima Herald-Republic.

The woman at the edge of the black and white photo looks overwhelmed, but the seven young children clustered near her are beaming.