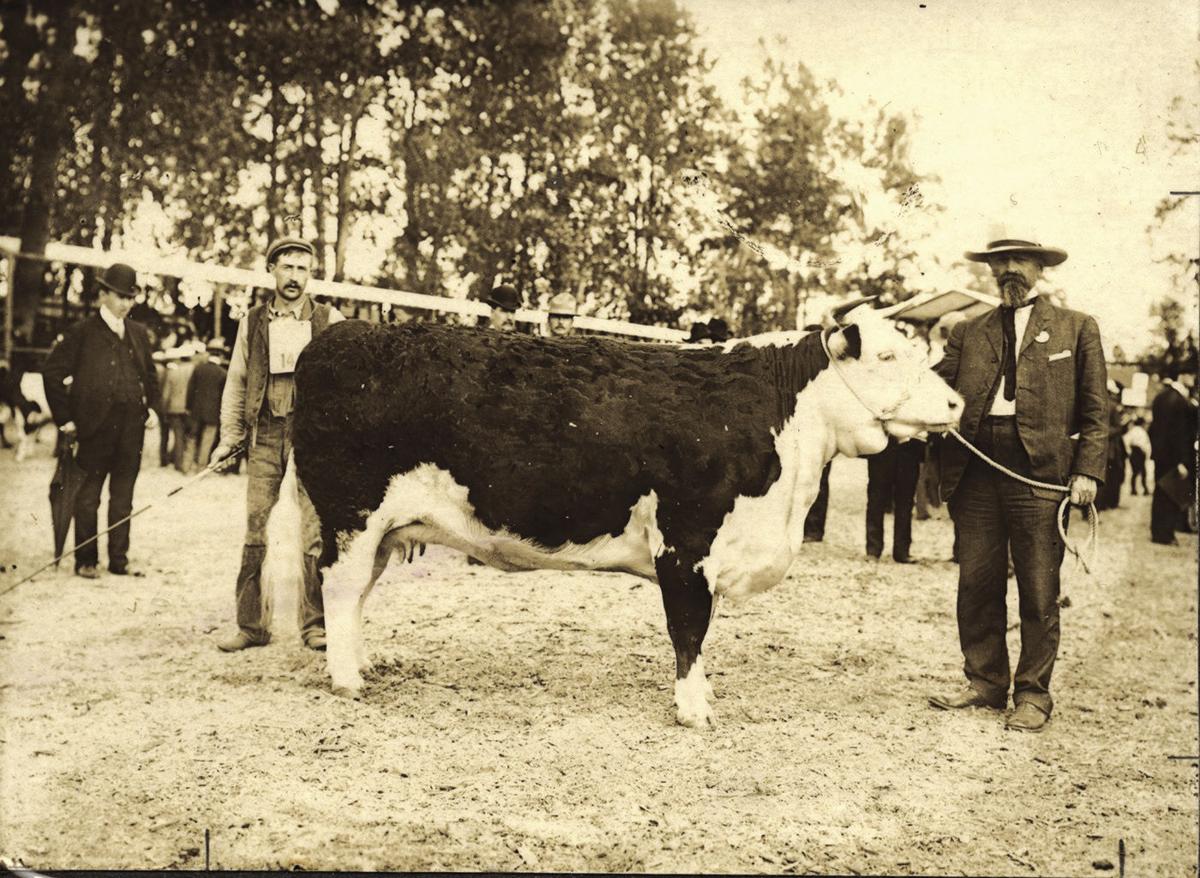 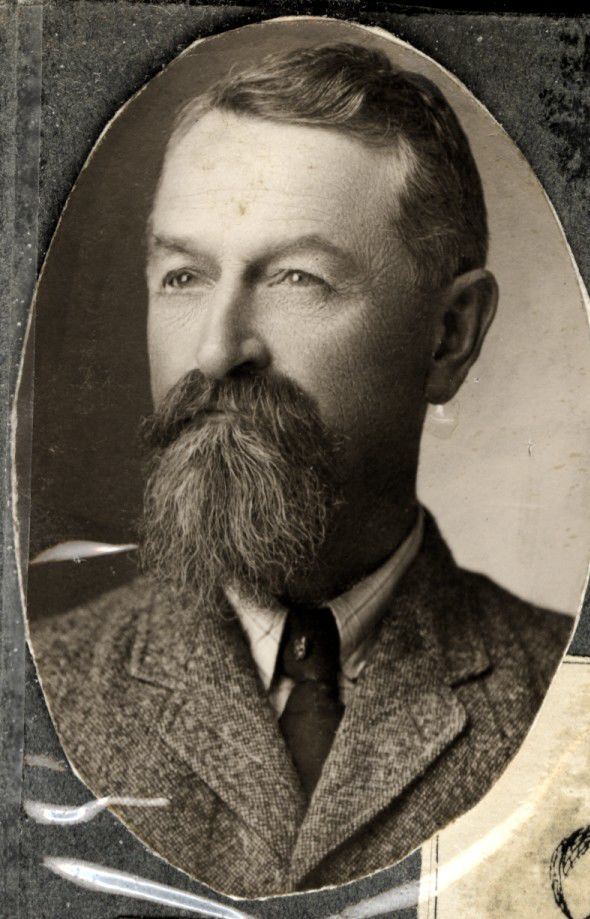 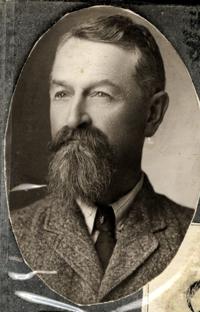 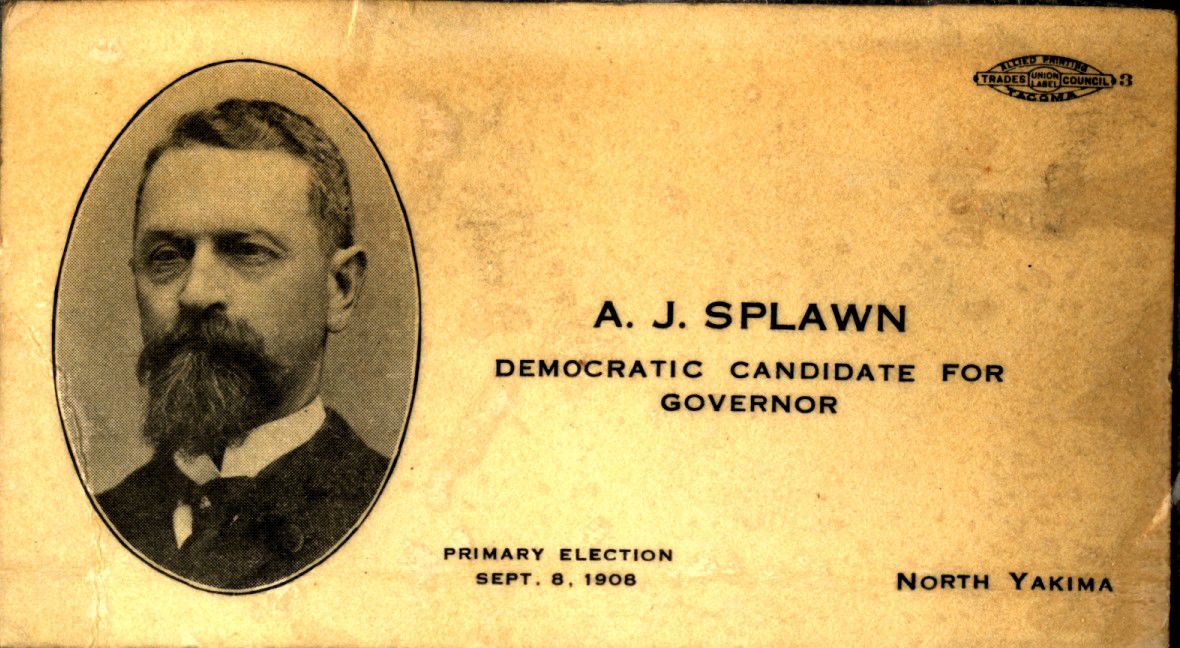 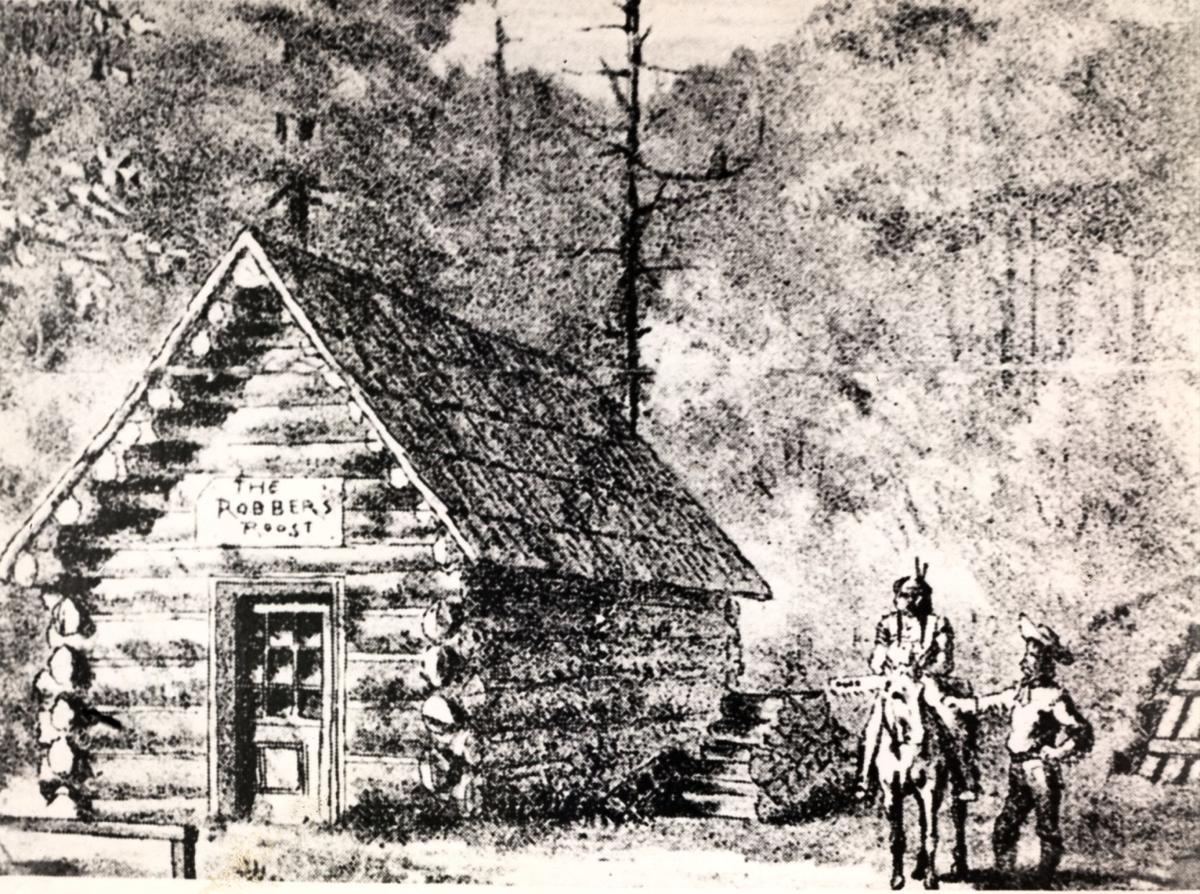 In 1870, Splawn and a partner opened Robber's Roost, the first store in Kittitas Valley. It became the nucleus of Ellensburg. (Yakima Valley Museum, courtesy photo) 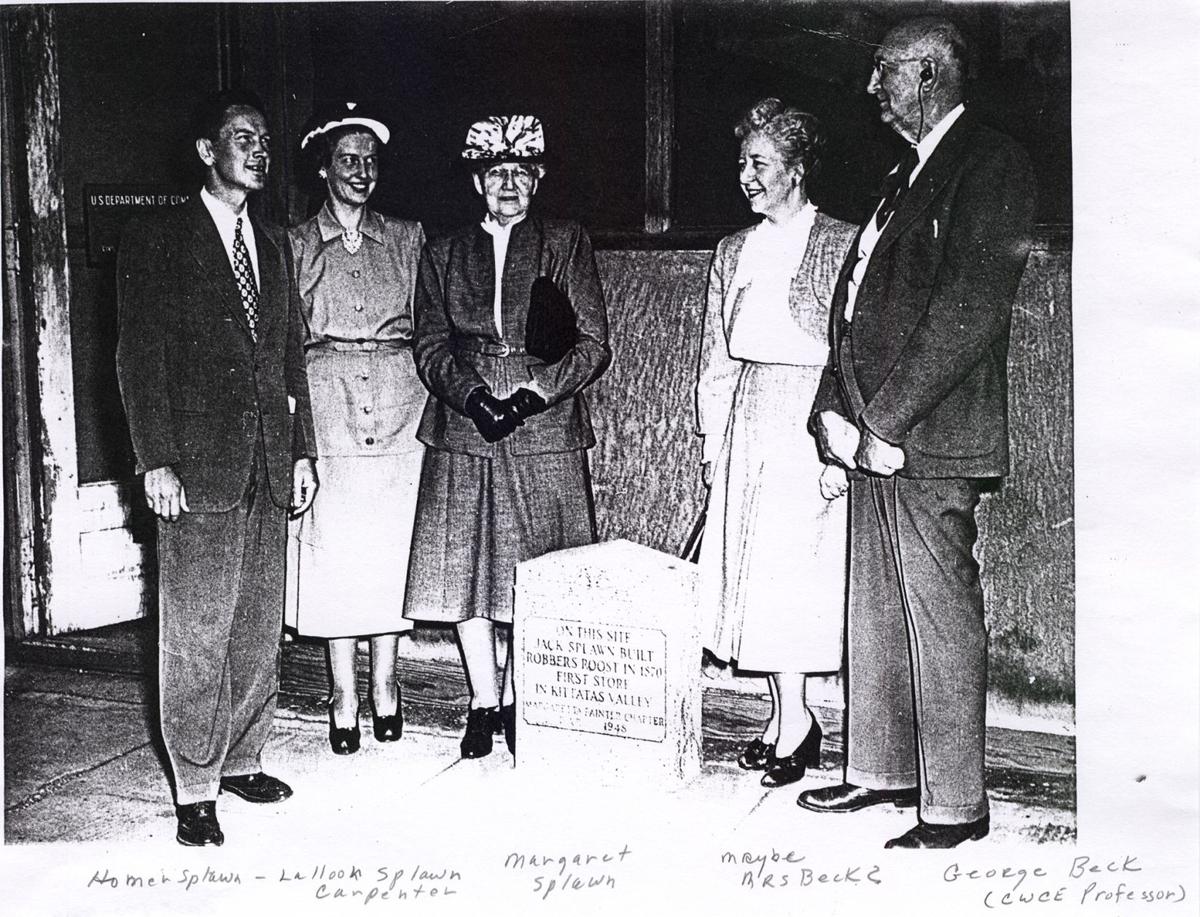 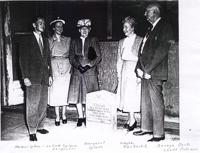 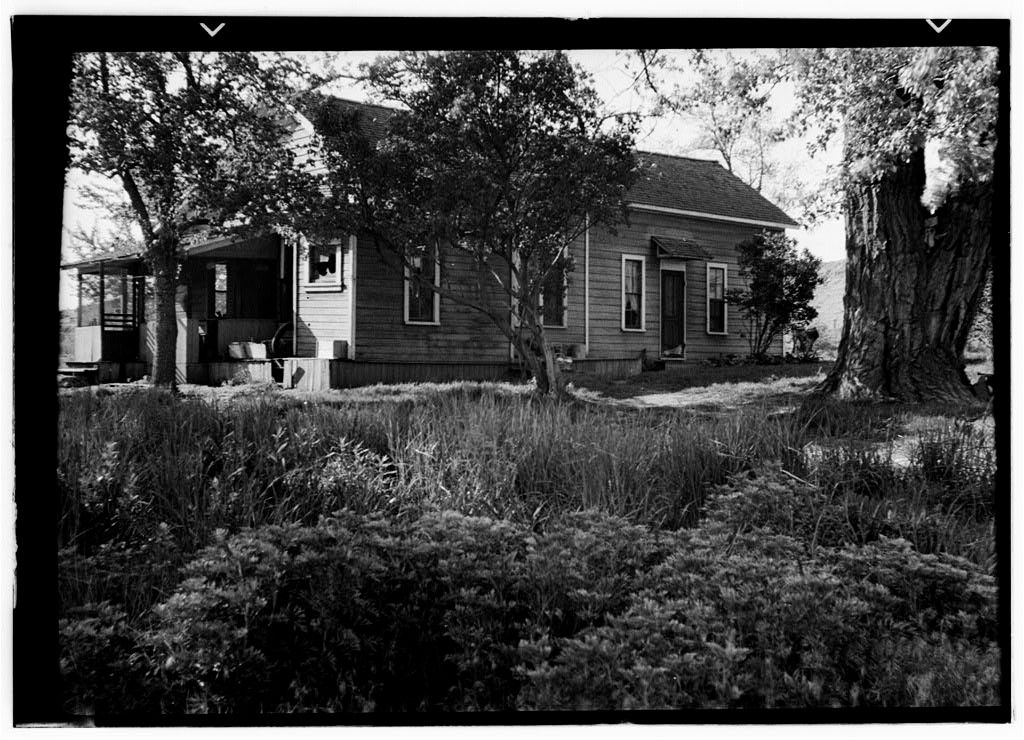 In 1870, Splawn and a partner opened Robber's Roost, the first store in Kittitas Valley. It became the nucleus of Ellensburg. (Yakima Valley Museum, courtesy photo)

Andrew Jackson Splawn was a larger-than-life figure in Yakima’s history.

A cowboy who drove cattle across the Valley toward the gold fields of British Columbia, Splawn also was an associate of some of the area’s Indian chiefs, an entrepreneur and politician, and one of Yakima’s early mayors. He was usually seen with his trademark Stetson hat and gold-topped walking stick.

Splawn, known both as A.J. and Jack, was born in Missouri on July 30, 1845. With his widowed mother, Nancy, and several siblings, he came west at age 6 on the Oregon Trail to the Willamette Valley. In 1860, at the age of 15, Splawn left home with his brother, Charles, and lived in a cabin north of Goldendale. While there, he met a girl of the Klickitat Tribe named Lallooh.

One night, Lallooh came to a cabin Splawn was staying in and warned him and another man to get out, as other Indians were going to kill him, and her father was delaying them the best he could. She guided Splawn and the other man to safety.

Out of gratitude, Splawn would later name his daughter after her.

He later hired on with Maj. John Thorp to help move Thorp’s family to the Yakima Valley near Moxee, and later worked for Thorp driving cattle from the Valley to the gold mines of British Columbia. During his first drive, Splawn said Columbia Chief Moses persuaded a band of Indians to leave him and Thorp alone, thwarting plans to kill the men and drive off their cattle.

Splawn wrote that Moses told the warriors that Splawn was “no cowardly dog to be killed.”

Later on that drive, Splawn killed an Indian who tried to run off some of their cattle, and Okanogan Chief Tonasket initially sought to kill Splawn, but changed his mind after learning the Indian was from another band and was a thief.

Instead, Tonasket had several of his warriors escort Thorp and Splawn through his territory.

Splawn continued in the cattle industry for the next nine years, running cattle from the Valley to British Columbia.

In 1865, on a return trip through Palouse country, Splawn and his companion, Willis Thorp, stopped at an Indian dwelling to get help finding a trading post. An old Indian living there said he knew the way, and Splawn hired him as a guide.

As they traveled, Splawn told the old man that they were headed back to the Yakima Valley, at which point the man's eyes lit up and he began questioning him about the white settlements and the prominent Indians of the Valley, adding that he knew them when he lived near the mission at Ahtanum Creek.

It was only when they arrived at the trading post that Splawn learned the identity of his guide. The trader addressed the man as Kamiakin.

Splawn, in his book “Ka-mi-akin — The Last Hero of the Yakimas,” wrote that when he asked the man if he was indeed the great Yakama chief, Kamiakin stood erect, said he was and told of how he had fought for his country until his warriors were either killed or deserted him, and that he then left for Rock Lake.

“There is no more war. I wish to live in peace until the Great Spirit calls me to take the long trail,” Kamiakin told Splawn.

Splawn expanded his business interests in 1870 when he and Ben Burch started a trading post, known as “Robber’s Roost,” the first business in Kittitas County. The name came from one of Splawn’s friends, John Gillespie, who said the store needed signage, and made the sign without consulting Splawn on the name.

While initially taken aback by the suggestive name, Splawn trusted his friend, and Robber’s Roost thrived until Splawn sold the store in 1872 to John A. Shoudy, along with his squatter’s rights to 160 acres of land. Splawn said the “call of the mountains and the plains was too constant and too strong for me to remain in any one place.”

In the early 1900s, Splawn, now living in Cowiche, got into politics. He was elected to the Washington State Senate, representing Yakima County from 1903 to 1905. The following year, he made an unsuccessful bid for governor on the Democratic ticket.

He joined with other businessmen in 1907 to establish the Yakima Valley Transportation Company, which provided trolley service in the city. Splawn, as the company’s president, took the controls on the trolley’s inaugural run on Dec. 24, 1907.

In 1911, he moved to North Yakima and became the first mayor under the new commission form of government. He served until 1915, and during his administration cleaned up the opium dens and got prostitutes out of the central part of the city. He then served as police chief for a year.

Splawn died on March 2, 1917, reportedly from a disease he contracted from a parrot in a pet store. He is buried in Tahoma Cemetery.

It Happened Here is a weekly history column by Yakima Herald-Republic reporter Donald W. Meyers. Reach him at 509-577-7748 or dmeyers@yakimaherald.com. Twitter: @donaldwmeyers.