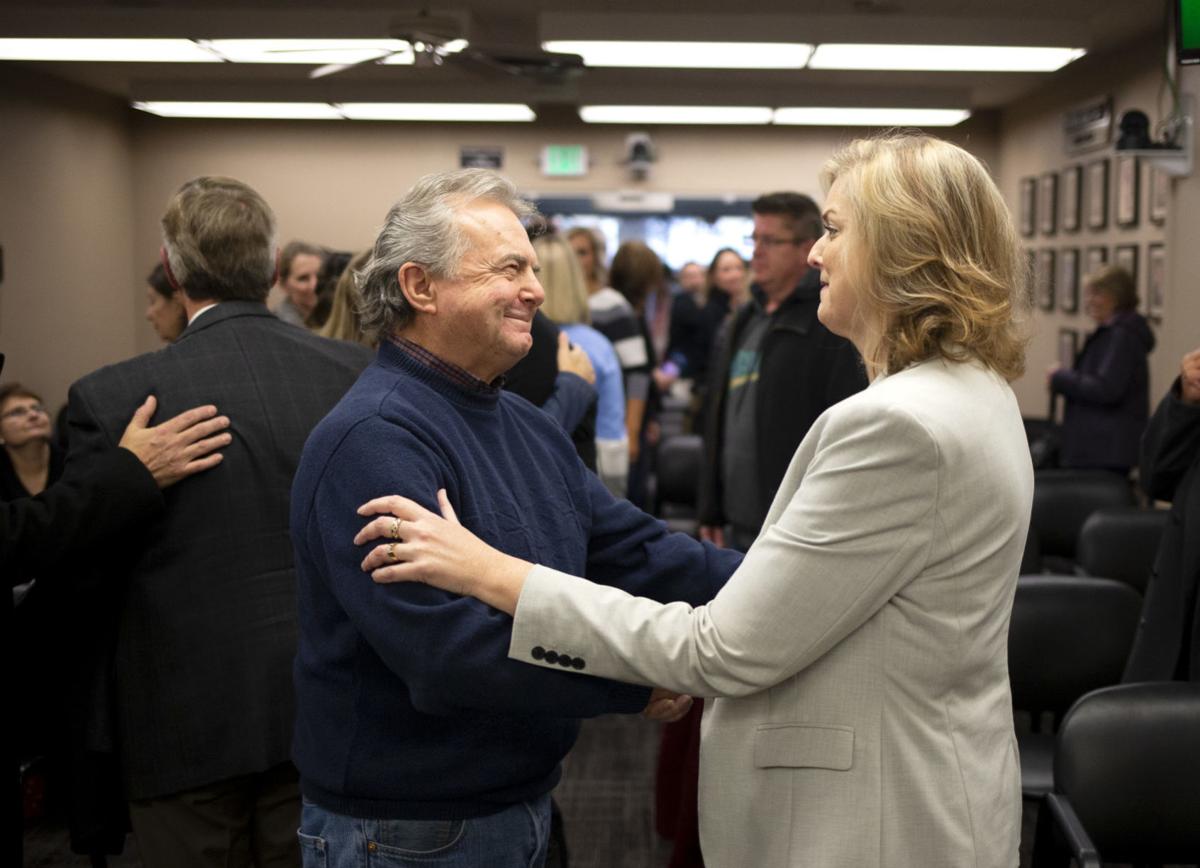 Vicki Baker, right, is congratulated by Mike Leita, left, after being selected to replace Leita as a Yakima County commissioner Friday, Dec. 6, 2019, at Yakima City Hall in Yakima, Wash. 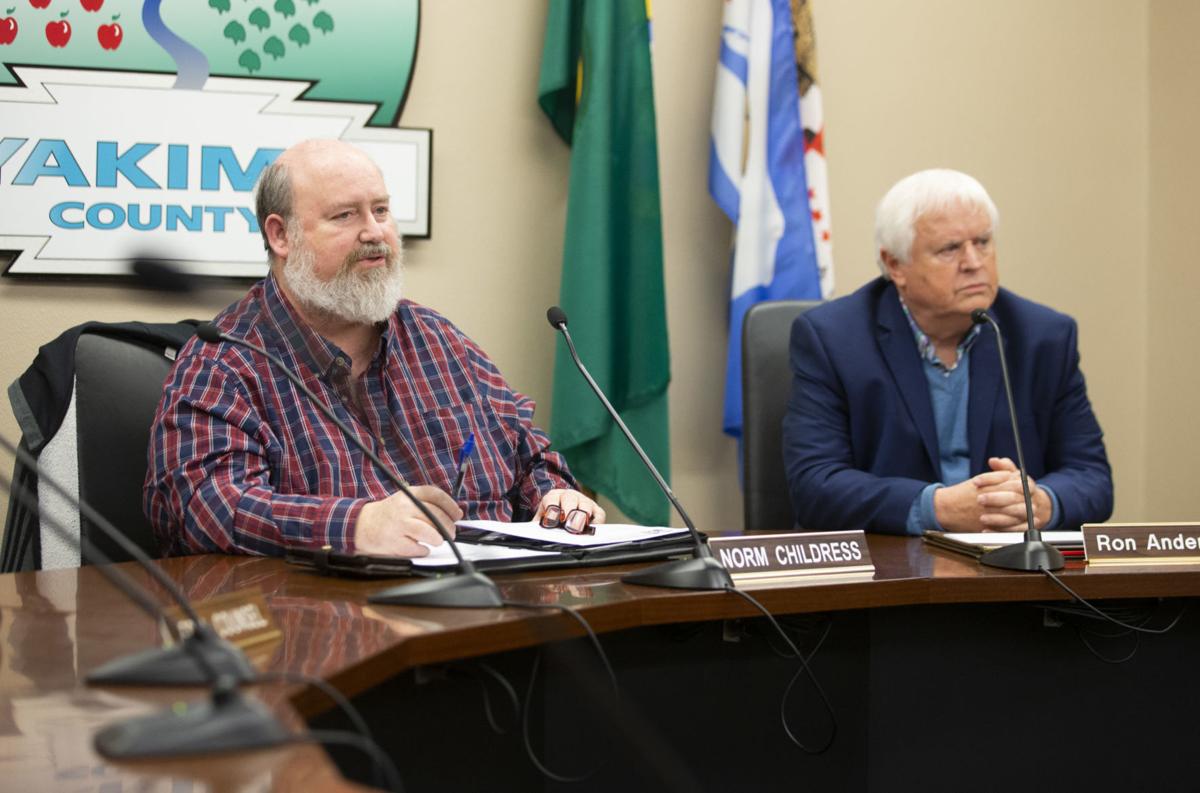 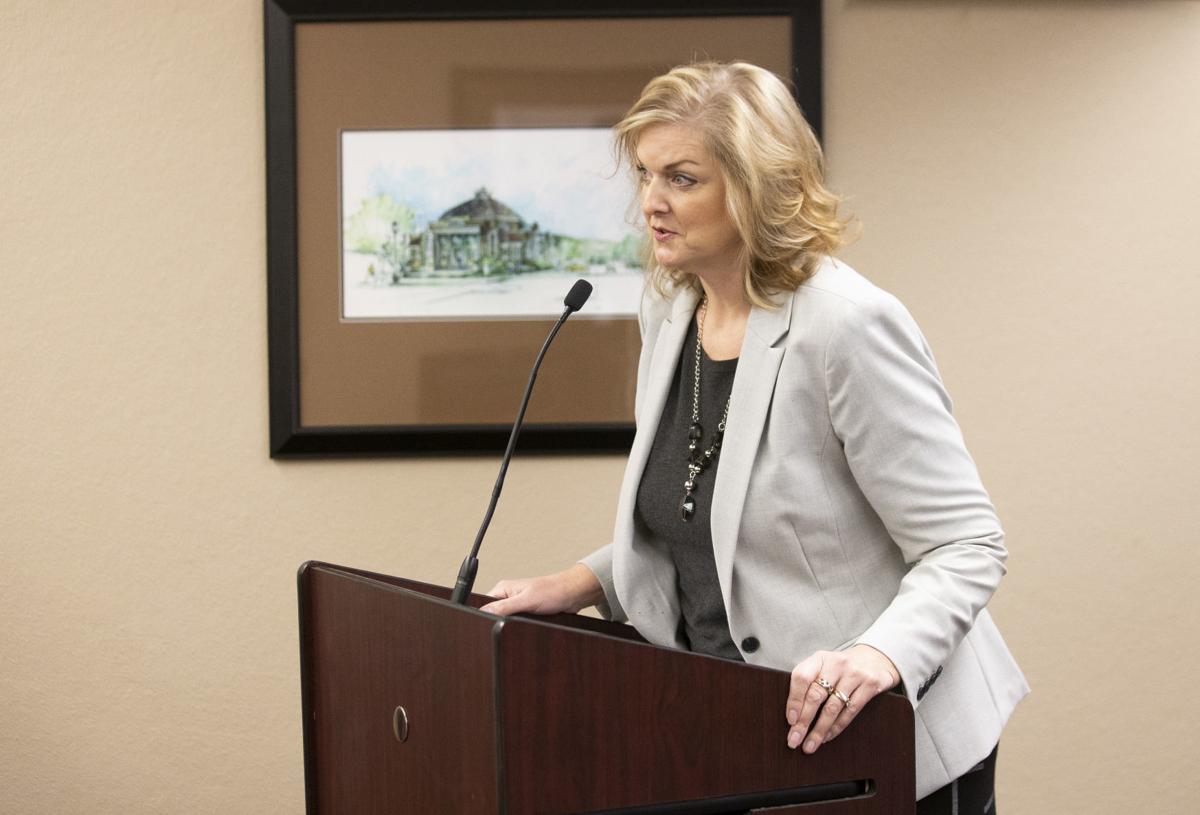 Vicki Baker, right, is congratulated by Mike Leita, left, after being selected to replace Leita as a Yakima County commissioner Friday, Dec. 6, 2019, at Yakima City Hall in Yakima, Wash.

More than 50 supporters crowded into City Hall to witness the appointment.

Leita is retiring from his District 1 seat at the end of December with a year left on his term.

Childress and Anderson said it was a tough decision because all three candidates were qualified.

“As a parent I was thinking, ‘How do I tell my three children I like one of them better?’” Anderson said before the selection was announced.

“I’ve done a lot of homework, so I’m glad to have gotten here,” Baker said. “I hope to work on effectiveness and efficiency of government. I run a tight ship at my store.”

She will be the first woman to serve on the commission since Betty Ingham, who served in District 2 from 1992-2000.

Baker was the Republican Party’s top pick for the appointment in October. McKinney was second and Wentz third.

“We chose Vicki because I think she has a little more experience in the public sector, politics especially,” Childress said.

Baker is involved in several county, state, national and international boards and associations, including the Yakima County Board of Equalization, the state Department of Revenue’s Business Advisory Council, the National Rifle Association and the National Federation of Independent Business Leadership Council.

Leita congratulated Baker after the decision and told her he was getting his office ready for her to take over Jan. 2.

“I’m getting you a new chair — I don’t expect you to have my old hand-me-down chair that I’ve sat in for 15 years,” Leita said. “We’re getting set up for you and I know you will do very well. You’re going to be busy.”

Baker said she’s excited about seeing through Leita’s plan to convert the Pacific Avenue jail into a community care campus that will provide mental health services and housing for the homeless.

“I’m still doing my homework on it,” she said. “I think it has a lot of potential. I’m not interested in attracting more of the (homeless) problem. I’m interested in solutions.”

“Meetings — I hope to have more public involvement, participation,” she said.

That begins with providing more information to the public, she said.

She’s been attending Monday morning meetings where commissioners review matters that are discussed at regular business meetings the following day.

Leita said her participation already affords him much confidence in passing the torch.

“She’s been attending at her own time and effort our agenda meetings, drinking from a fire hose,” he said.

Baker will need to run in next year’s election if she seeks to remain on the commission.