Sign Up
Log In
Purchase a Subscription
You are the owner of this article.
Edit Article Add New Article
You have permission to edit this article.
Edit
Home
News
Bottom Line
Sports
SCENE
Valley Verve
Photos & Video
Opinion
Obituaries
Unleashed
Classifieds
The Vanished
1 of 5 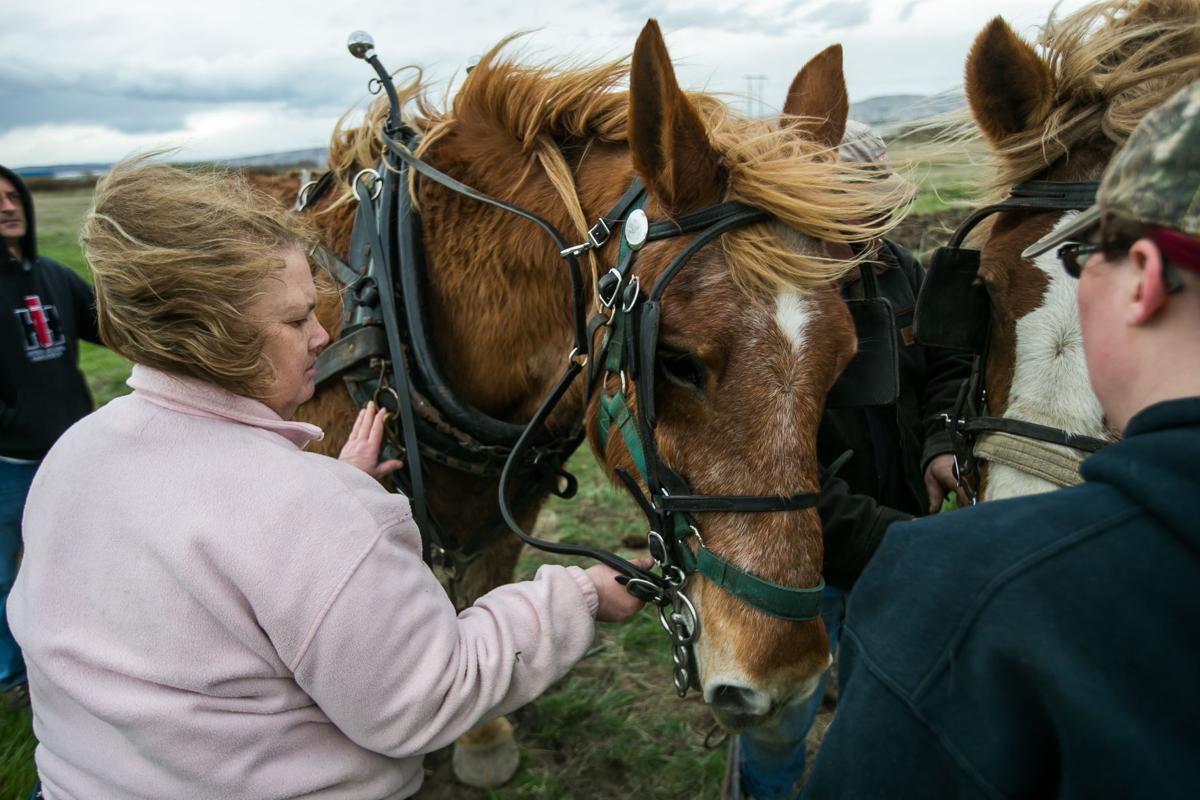 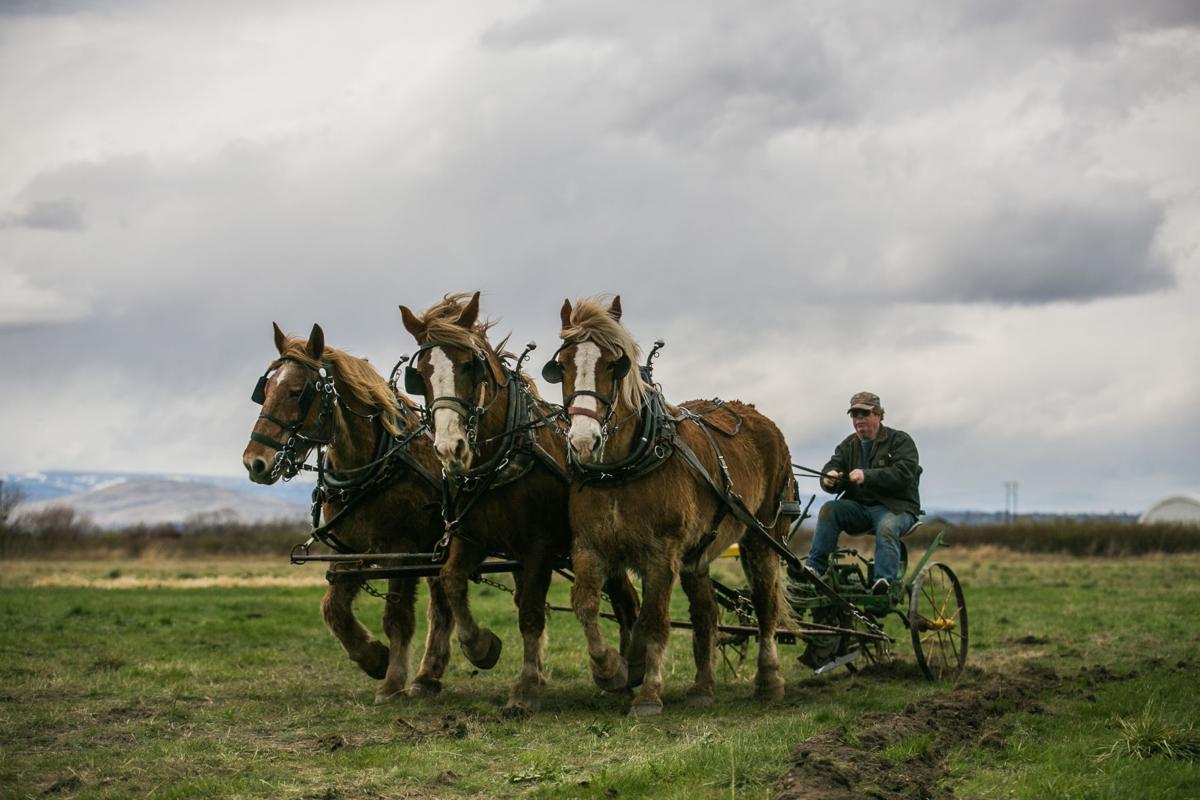 Wayne Buckner runs a plow with his three Belgium draft horses as a demonstration during the Plowing Bee & Horse Spectacular at 4508 Main St. in Union Gap, Wash. on Saturday, April 7, 2018. 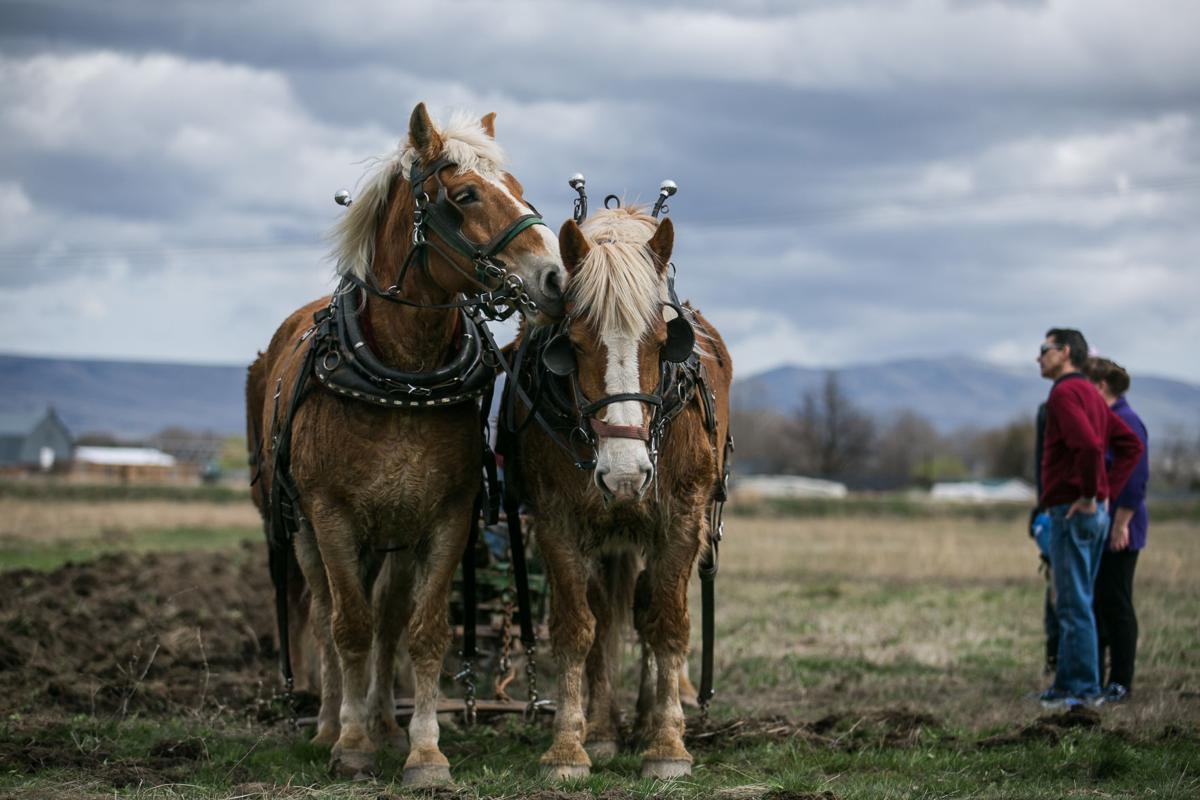 Wayne and Marcia Buckner’s Belgium draft horses rest after a demonstration of plowing a field during the Plowing Bee & Horse Spectacular at 4508 Main St. in Union Gap, Wash. on Saturday, April 7, 2018. 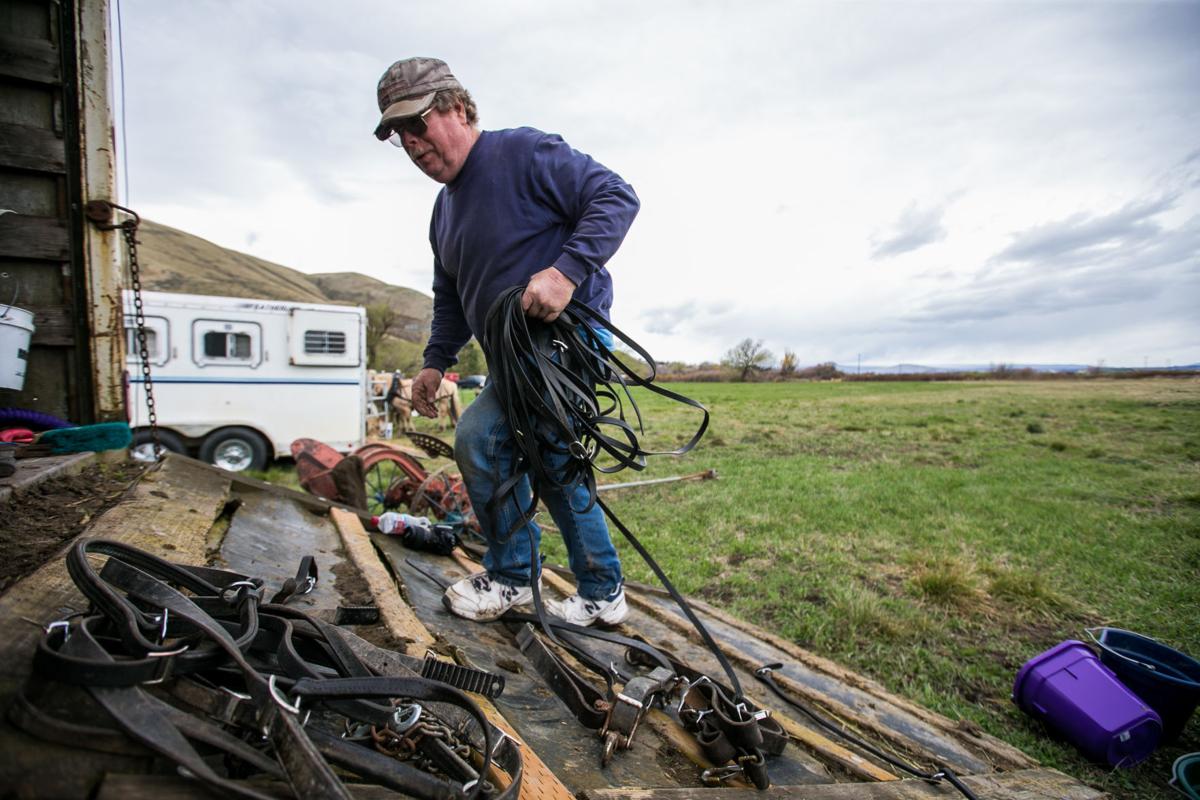 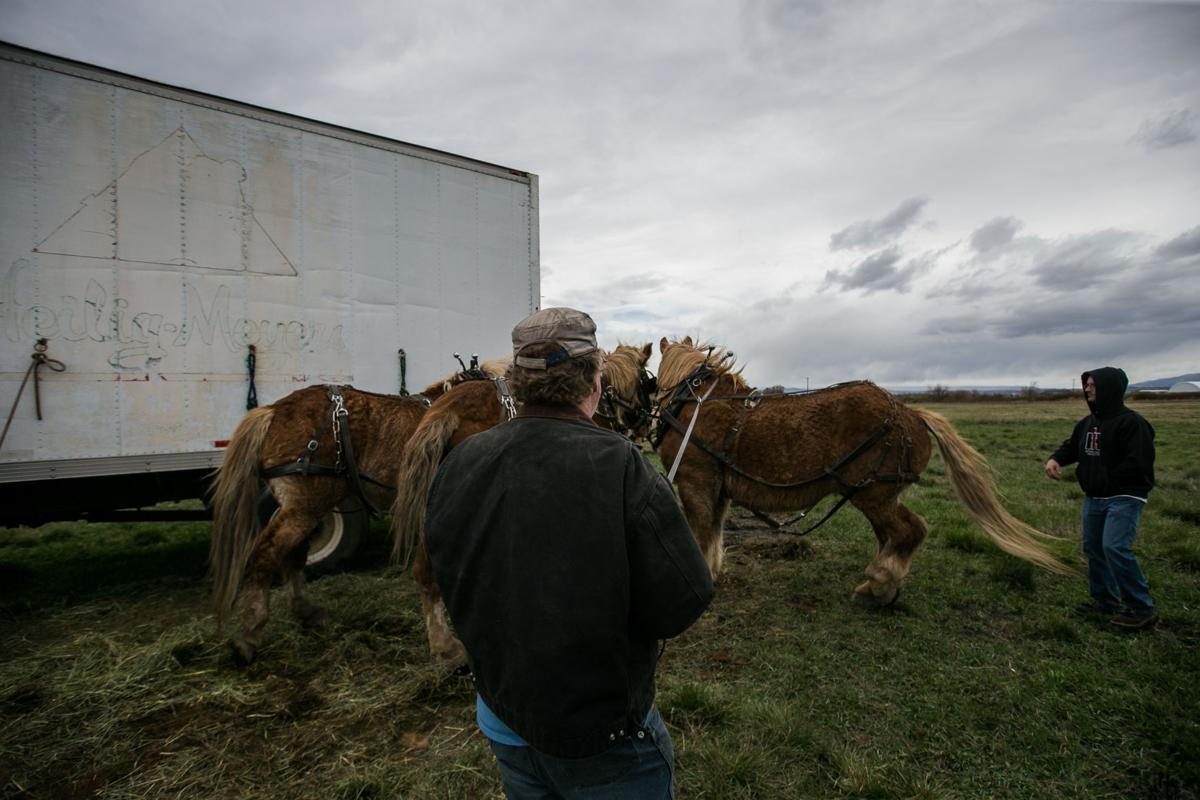 Wayne Buckner moves three of his Belgium draft horses toward the plow during the Plowing Bee & Horse Spectacular at 4508 Main St. in Union Gap, Wash. on Saturday, April 7, 2018.

Wayne Buckner runs a plow with his three Belgium draft horses as a demonstration during the Plowing Bee & Horse Spectacular at 4508 Main St. in Union Gap, Wash. on Saturday, April 7, 2018.

Wayne and Marcia Buckner’s Belgium draft horses rest after a demonstration of plowing a field during the Plowing Bee & Horse Spectacular at 4508 Main St. in Union Gap, Wash. on Saturday, April 7, 2018.

Wayne Buckner moves three of his Belgium draft horses toward the plow during the Plowing Bee & Horse Spectacular at 4508 Main St. in Union Gap, Wash. on Saturday, April 7, 2018.

UNION GAP, Wash. -- Before automated and tractor-drawn plows were all the rage, farmers typically prepped their fields for the growing season by using plows that were pulled by a team of horses.

But not just any old horse would do.

On average, draft horses stand a little over 6 feet tall and weigh about 2,000 pounds. The largest horse in recorded history was a draft horse named Sampson — later renamed Mammoth — who was reportedly 7 feet, 2 inches tall and weighed 3,300 pounds.

Despite their hulking size, draft horses are known for being docile and are often lovingly referred to as “gentle giants.”

“When you have something that big, you don’t want it to be mean,” said Wayne Buckner, a Fall City farmer who’s worked with and trained draft horses for 30 years.

Buckner was in the Valley on Saturday for the second annual Plowing Bee and Horse Spectacular at the Central Washington Agriculture Museum in Union Gap. Described by coordinators as “the Olympics for horses,” the event featured a variety of activities involving horses, including jousting and equestrian archery.

Buckner was one of a handful of horse trainers brought to give demonstrations on how farmers of old plowed fields using draft horses. His four-horse team of Belgians — Holly, Belle, Buddy and Misty — were strapped to an old John Deere plow equipped with a metal seat and a small, custom platform affixed to the back. Buckner stood on the platform, using the reins for balance, and shouted commands at the horses while intrepid volunteers sat in the seat and operated the plow’s blade with foot pedals.

Buckner’s wife, Marcia, said the horses’ training starts when they’re babies, and Wayne said getting them used to the work can take patience.

“If you get ’em sore, then they get sour. You go through a lot of trouble to get them used to their harnesses,” he said. “If you’re comfortable when you’re working, then you’re good, but if not you’re gonna be understandably (mad).”

However, Marcia said once they become accustomed to their jobs and develop an affinity for their owners, it’s hard to get them to stop working.

“They want to do this, you can tell they have a really good work ethic,” she said. “They want to please you so bad they’ll work themselves to death for you, so you have to be careful with them and make sure they’re not overworking because they’ll just work and work and work.”

Mechanized plows began replacing horse-drawn plows at the turn of the 20th century. Farmers found they were better for plowing in straight lines — done to maximize field space — and were much more cost-effective.

“They often joke that the purchase price is the cheapest part of the horse,” Marcia said. “It’s not the cost of the horse that’s expensive, it’s the upkeep.”

With hay costing around $300 a ton, Marcia said, the Buckners find themselves paying thousands of dollars just to feed their 10 horses, each of whom eats about 60 pounds of hay per day.

But Marcia said they’re able to make a modest living by offering wagon and carriage rides for events such as weddings.

“We call this our hobby that pays for itself,” she said. “We pretty much break even, but a lot of people don’t; you have to work a lot.”

Despite how costly and demanding owning draft horses is, Marcia said the camaraderie shared among people passionate about a horse that’s becoming less and less common makes the work enjoyable.

“All the owners want to help each other. These events aren’t competitive, they’re a lot calmer than other horse people,” she said. “That’s why we come to these. It’s a dying breed, so we kind of stick together for the promotion of the draft breed.”

Dateline Yakima: Take a hike, have a shake