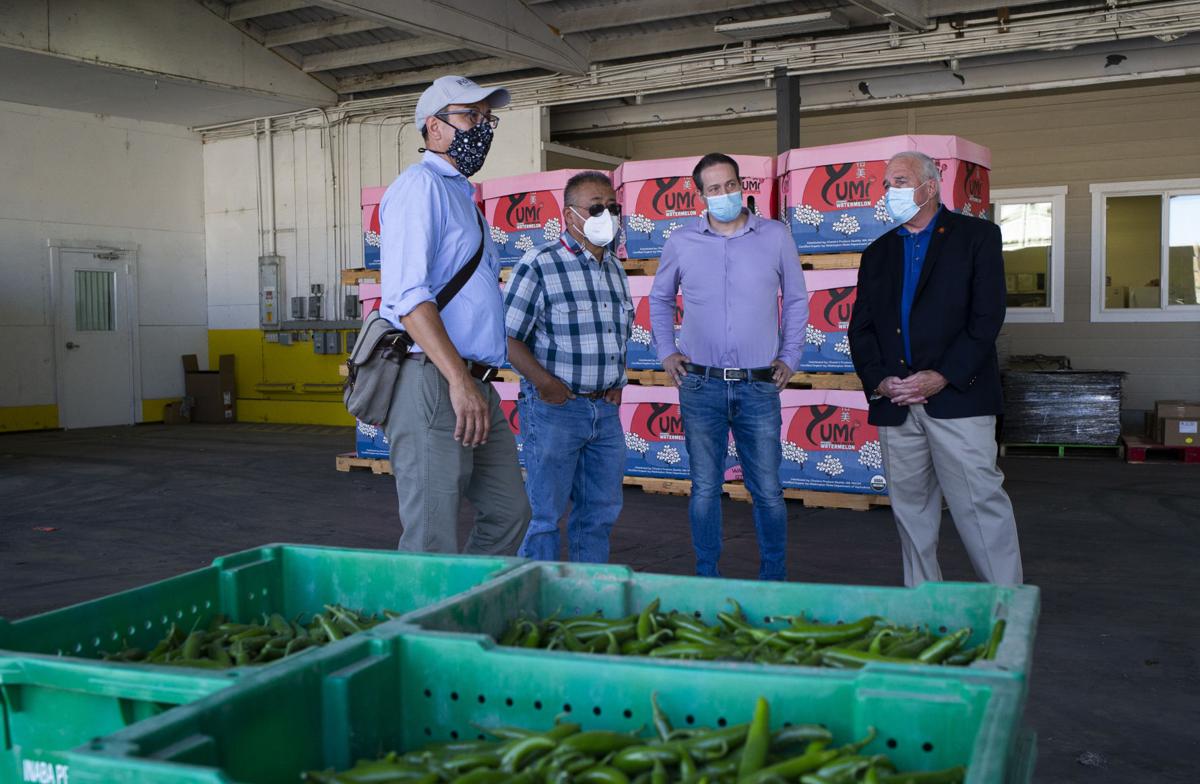 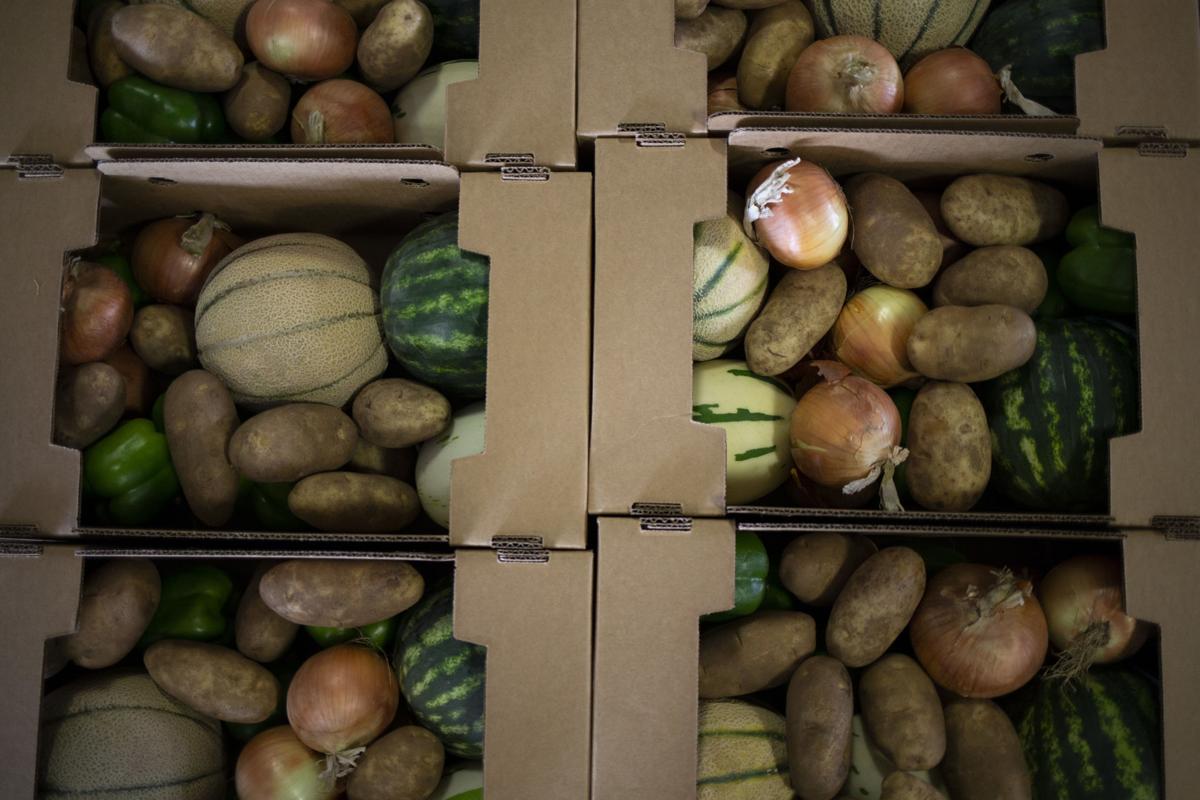 Produce boxes for people in need are pictured at Inaba Produce Farms on Friday, Aug. 28, 2020 in Wapato, Wash. The boxes are purchased and distributed by Northwest Harvest with funding from the Washington State Department of Agriculture.

Produce boxes for people in need are pictured at Inaba Produce Farms on Friday, Aug. 28, 2020 in Wapato, Wash. The boxes are purchased and distributed by Northwest Harvest with funding from the Washington State Department of Agriculture.

In states with earlier harvests like California and Florida, farmers tossed out thousands of pounds of produce while demand at food banks spiked. Armed with more time to prepare, the Washington Department of Agriculture acted quickly to find solutions with partners like Northwest Harvest, which helps distribute food to those in need, and Inaba Farms near Wapato.

Third-generation Inaba Farms has produced more than 100,000 boxes of fresh produce for Northwest Harvest’s 375 food banks statewide since June. Initially farmworkers planned to put together 2,500 boxes per week, but owner Lon Inaba said they quickly ramped up production to 10,000 boxes per week.

“I’m just happy that we can step up and provide (the community) with as much as we have,” Inaba said. “It’s great that our guys can see our boxes being distributed in the communities.”

The fresh zucchini, squash, peppers, melons and more are delivered throughout Washington state, especially areas of high need such as Central Washington and south King County. That demand helps Inaba make up for the lost markets with other customers, such as cruise ships and restaurants.

It’s nothing new for Inaba Farms to send food to Northwest Harvest, but the new boxes save valuable time for food banks short on volunteers due to health concerns.

Northwest Harvest CEO Thomas Reynolds said they’re relying on growers more than ever as they’ve seen their supply flip from 90% donated items and 10% purchased to just the opposite during the pandemic.

“The supply surprise was that there was a lot of hoarding in March,” Reynolds said, referencing a study Northwest Harvest conducted with a consulting group. “So grocery store supply chains got very scarce and that created challenges in food supply that we’re still seeing today.”

He added partnerships like this one wouldn’t be possible without financial aid from the WSDA. Its director, Derek Sandison, said the number of people seeking food in Washington doubled. Reynolds said some food banks reported as much as a tenfold increase.

Their study revealed significantly more demand in areas such as Central Washington with higher concentrations of undocumented workers who couldn’t obtain enhanced unemployment benefits. If the federal benefits that expired at the end of July aren’t renewed or replaced, Thomas expects to see significant consequences.

Sandison knows many more challenges lie ahead, noting there’s no clear end in sight to the increased financial struggles. The department continues to reach out to local growers to assist food banks, restaurants and others who can add links to broken supply chains.

It’s also an opportunity for Inaba and others to remind families about the importance of agriculture to the region. Sandison said the produce is frequently fresher than what’s offered at grocery stores, and offers a stark alternative to the mostly boxed items offered at food banks early in the pandemic.

“What we’ve consciously tried to do is now, as all our harvest seasons have started to occur in Washington, is to bring those foods into the food assistance arena,” Sandison said. “People are now getting fresh, nutritious produce rather than boxed food that’s been sitting on a shelf for a while.”

Inaba Farms signed a memorandum of understanding with Northwest Harvest to keep sending out boxes through September. It’s possible that could be extended, although Inaba cautioned the produce will only be available as long as the weather allows.