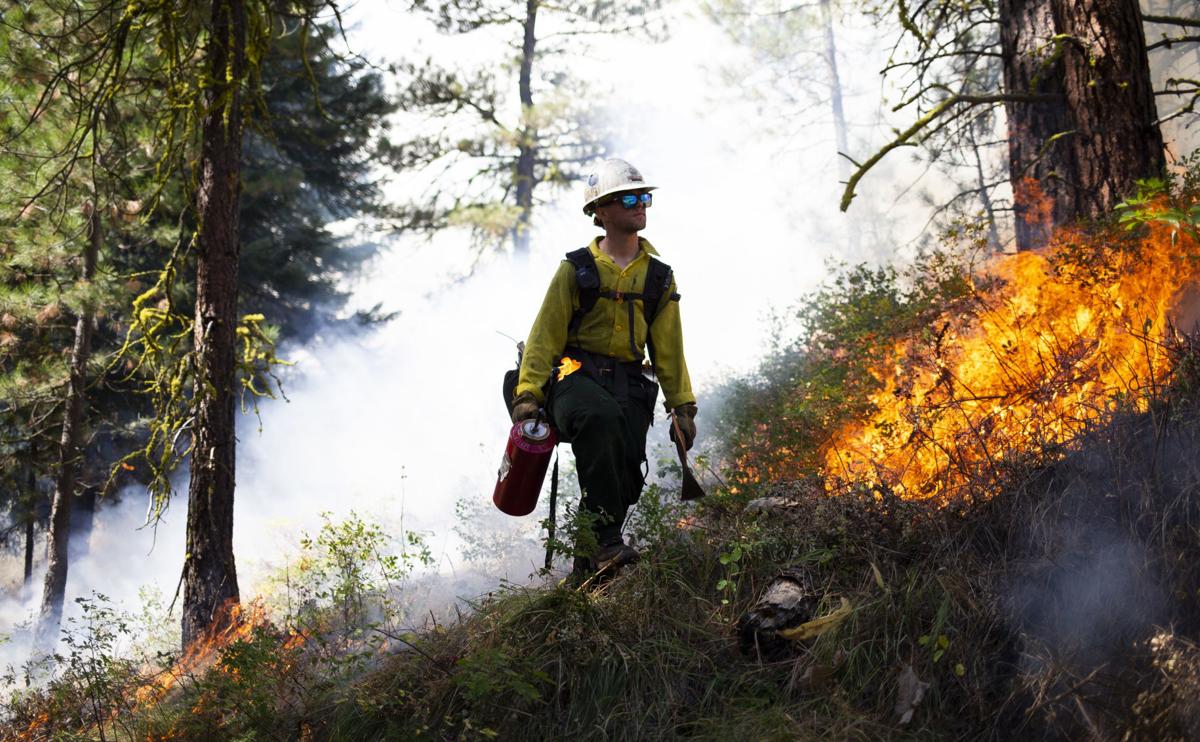 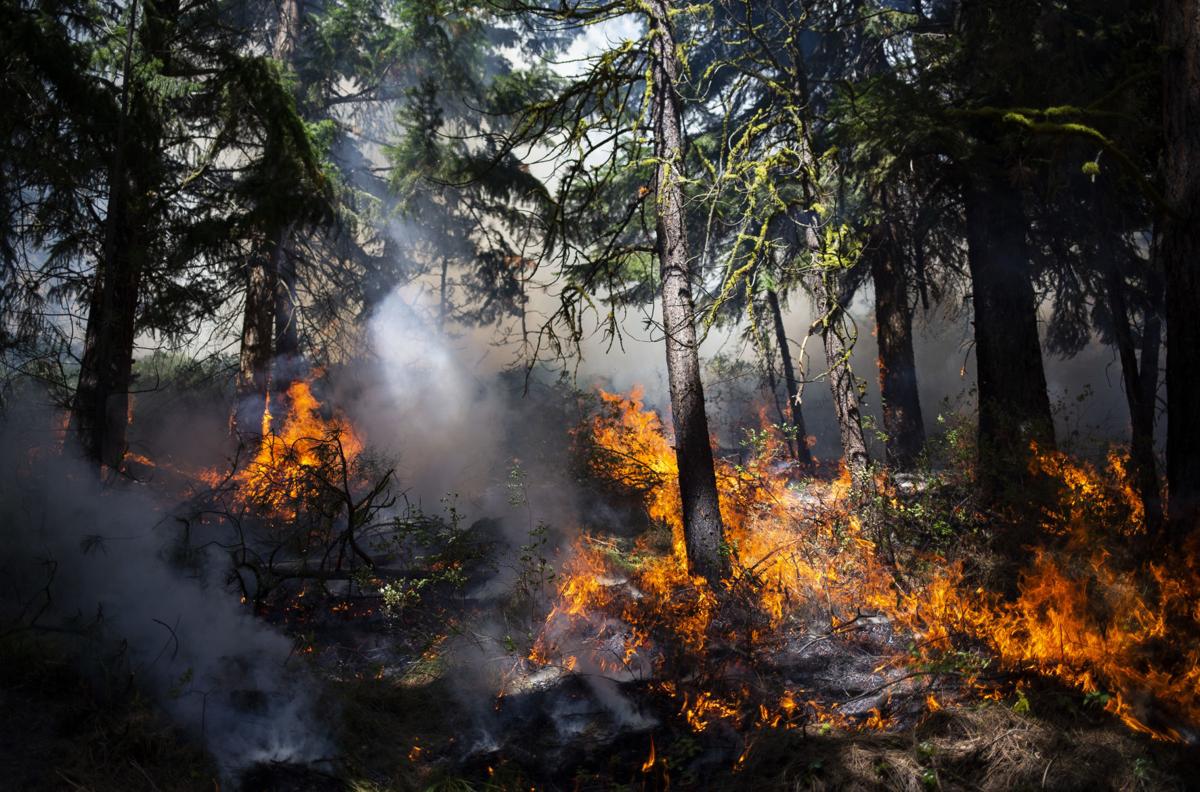 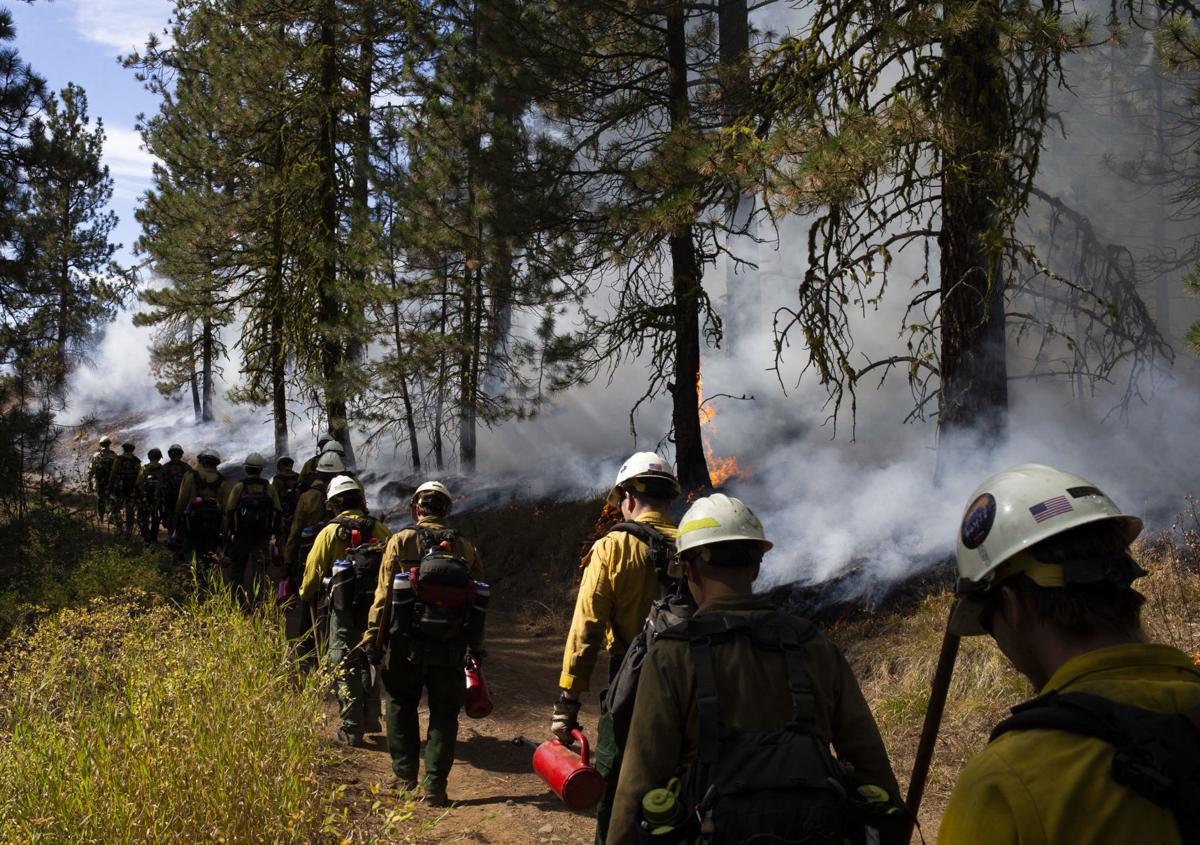 Around 60 firefighters went into the Cascade foothills Thursday to burn 60 acres of forest within the Naches Ranger District.

Cool weather with a friendly wind from the southwest sending smoke up toward the Wenas and Kittitas valleys made it a perfect day for the U.S. Forest Service to keep working toward its goals. The agency identified 11,000 acres in Central Washington for burning over the remainder of the year to improve forest health and protect local communities.

“Those 11,000 acres of planned burn area are aspirational,” Forest Service spokeswoman Deborah Kelly said. “The actual amount that we can accomplish depends on receiving approval to conduct the burn when the conditions are right and we have the right resources to conduct the operation.”

Approval comes from the Department of Natural Resources, which regulates controlled burns in Washington but has only recently started to build up the resources to enact its own prescribed fires. The state hopes to begin burning sometime next spring.

Meanwhile, the Forest Service resumed its work in the Naches District on Aug. 27 and targeted 350 acres near Cleman Mountain, along with another 150 acres to the southwest, just on the other side of State Route 410. Kelly said depending on terrain, previous treatment such as logging, weather and other factors, some prescribed fires can burn 1,000 acres or more.

Washington Department of Fish and Wildlife prescribed fire manager Matt Eberlein said his agency targeted about 2,000 acres statewide for controlled burns this fall, including close to 120 acres in the nearby Oak Creek Wildlife Area. That land will be one of the top priorities, although Eberlein said weather likely won’t allow for fire there until late September or early October, because it’s at a lower elevation than the Forest Service burns.

Residents near burn areas should expect to see and smell some smoke. However, the state’s smoke management plan sets standards for certain visibility and air quality standards, and smoke must significantly disperse within approximately eight hours of ignition, then be fully dispersed by noon the next afternoon with exceptions made for multiple day burns.