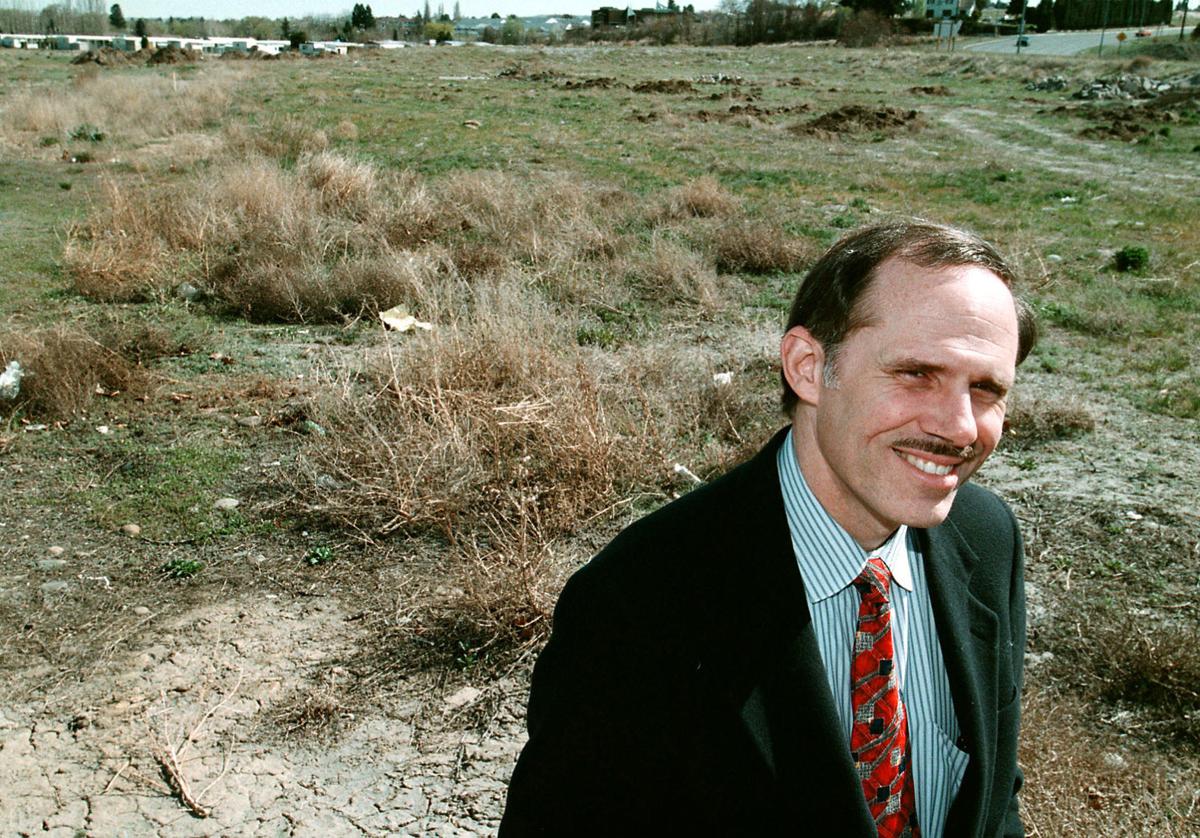 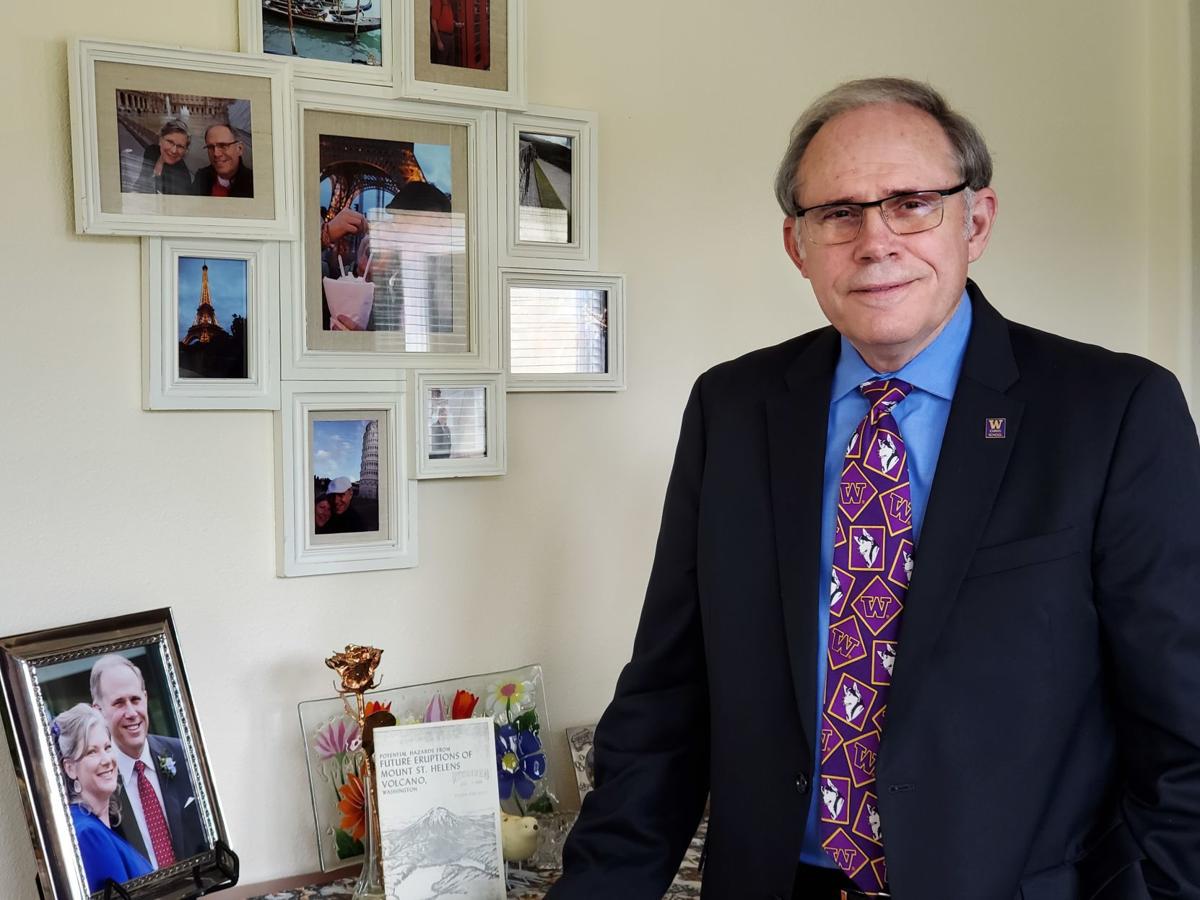 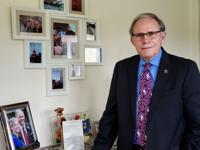 In June 1980, Yakima City Manager Dick Zais was given a report from the U.S. Geological Survey regarding Mount St. Helens.

Volcanologists, writing in 1978, determined that if Mount St. Helens erupted, prevailing winds would carry the ash over Central and Eastern Washington — including Yakima.

“When you read the report, it described exactly what happened,” Zais said, now retired and living in Olympia.

But the information came several weeks too late for Yakima, where Zais led a team of city and county officials and an army of volunteers that had to figure out on their own what to do with thousands of tons of volcanic material that blanketed the city.

There were a few mistakes, including one potentially costly one, but Zais said the city came together and dug itself out without any loss of life.

“I think it was Yakima’s finest hour in terms of confronting an emergency we had no expectation of being in,” said Zais, who retired in 2011 after 32 years as city manager.

While Yakima had emergency management plans, they were for more common emergencies, such as flooding, storms, fires and traffic crashes.

But even with the Cascades 50 miles away, Zais said planners never anticipated a volcanic eruption and its aftermath.

That changed May 18, 1980. After almost two months of earthquakes and signs that Mount St. Helens was becoming more active, the volcano erupted with a force in excess of 500 times more powerful than the atomic bomb dropped on Hiroshima.

The blast blew through the top and north side of the volcano, throwing up a cubic mile of ash. Clouds of superheated gases rolled through the valleys near the mountain, killing 57 people.

The first clue that Zais and other Yakima residents had that something was amiss was when he saw dark clouds in the sky around midmorning. Zais said he dismissed the clouds as a gathering thunderstorm, but then he got a call from police dispatch that Mount St. Helens had blown.

Then ash started to fall on the city. By noon, it was as dark as midnight as granulated rock and volcanic glass fell on the city. Zais made it to his City Hall office to activate an emergency command center and begin coordinating the city’s response.

He also reached out to Dick Ostrander, director of what is now Yakima Valley Libraries, to see if he could find out if any other modern city had dealt with the ashfall of a volcanic eruption before. Ostrander checked with his connections with the Library of Congress and other institutions and gave his report to Zais at the end of the day.

“He said, ‘I have good news, and I have bad news,’” Zais recalled. “‘The bad news is there is no other example in the modern world where an urban area was infiltrated by ashfall.’

“I said ‘That’s not great. I don’t want to be reminded about Pompeii,” the Italian city that was entombed for centuries by ash from Mount Vesuvius in the year 79.

“‘The good news,’ Ostrander said, ‘Is when you figure it out, you’ll be the standard of care. So you better get it right.’”

One of the first steps the city took was to declare a disaster. The City Council convened to issue the declaration that not only made the city eligible for assistance but gave Zais authority to quickly respond to the emergency.

City officials ordered residents to stay off the streets and shelter in place. Driving was too dangerous in the reduced visibility from the ash, Zais said. Police cars and fire trucks were equipped with makeshift filters — including pantyhose — to allow them to operate in the ash.

When visibility finally improved the next day, a 15-mph speed limit was imposed to avoid vehicles kicking up ash clouds. Yakima Air Terminal-McAllister Field was shut down.

The city also ordered all downtown businesses to close, as well as the school system.

Worried about the effect the ash would have on people, Zais consulted with the Yakima Health District’s health officer who determined that the ash was not harmful in small quantities, but said people would be better off using masks than breathing in the dust.

“The 3M company diverted its entire supply of 1 million masks to Washington state for distribution to anyone in need,” Zais said.

The command post included not just city officials but representatives of neighboring communities and the county, Zais said, since it was going to require a coordinated effort to clean up.

Worried about ash in the Naches River, Zais had the city activate its backup water supply, pumping from four deep wells. But the water in the river was determined to be safe, especially after being treated.

But Yakima’s public works department, with its three street sweepers, was overwhelmed by the amount of ash, estimated at 600,000 tons — 31,189 dump truck loads.

The crews and equipment were staged at the recently acquired Public Works yard on Fruitvale Boulevard, and the city began its cleanup effort, establishing a grid system starting with the downtown core and working out.

It was a bit trial-and-error at first, Zais said. One lesson they quickly learned was that rooftops had to be cleaned off before the streets. The main reason was, Zais said, that it meant the street cleaners wouldn’t have to clear a road twice, the second time after people pushed the material from their roofs into the street.

Another problem was how the city tried to clean the streets. Initially, graders pushed the ash to the side, which works just fine for snow but not for volcanic ash. The material got into the storm sewer system and went to the wastewater treatment plant, fouling machinery and poisoning the microbes that are used to treat sewage sludge.

To save the plant, Zais said the city had to dump untreated wastewater directly into the Yakima River as crews worked around the clock to repair the equipment, dredge ash out of the lagoons and salvage what they could of the microbes.

The city notified downstream river users, including the Yakama Nation, about the plan. Spring runoff from the Cascades helped dilute the discharge, minimizing the environmental damage, Zais said.

Crews plowed ash into the middle of the road, away from the storm drains, Zais said. People were also advised to wet down the ash and, if possible, mix it with sawdust to make it more manageable and keep it at least 6 feet away from any drain until the ash was picked up for disposal.

Within 10 days, the ash was cleared from the roads, but the question was where to put all that material. Much of the ash went to Chesterley Park and the infield of the one-mile track at the Central Washington State Fair Park.

Volunteers checked on shut-in residents, helped removed ash from their property and made sure they had food and other necessities.

“The bottom line is, this community came together,” Zais said. “The city of Yakima, all of its resources, and the external community, residents, clubs, school districts and hospitals were helping each other.”

The final bill for the cleanup was $5.4 million, including the damage to the wastewater plant. Federal money covered 74% of that, and the city issued bonds to cover the remaining costs, Zais said.

When the disaster struck, Zais had a separate account created to track cleanup expenses, which made it easier to apply for aid and get reimbursements, although there were a few absurdities.

For example, federal emergency officials would reimburse the city for brooms to sweep ash, but not the shovels to scoop it, on the grounds that the shovels lasted longer than the brooms and would likely be used for other city projects.

Zais said the eruption caused $12 million in losses to the Yakima Valley economy.

And Ostrander’s prediction proved correct. Zais has spoken at two volcanology conferences in New Zealand about Yakima’s experience in recovering from the ashfall.

Bruce Hines was serving as battalion chief for the Yakima Fire Department in May 1980 when he noticed a black cloud on the horizon.