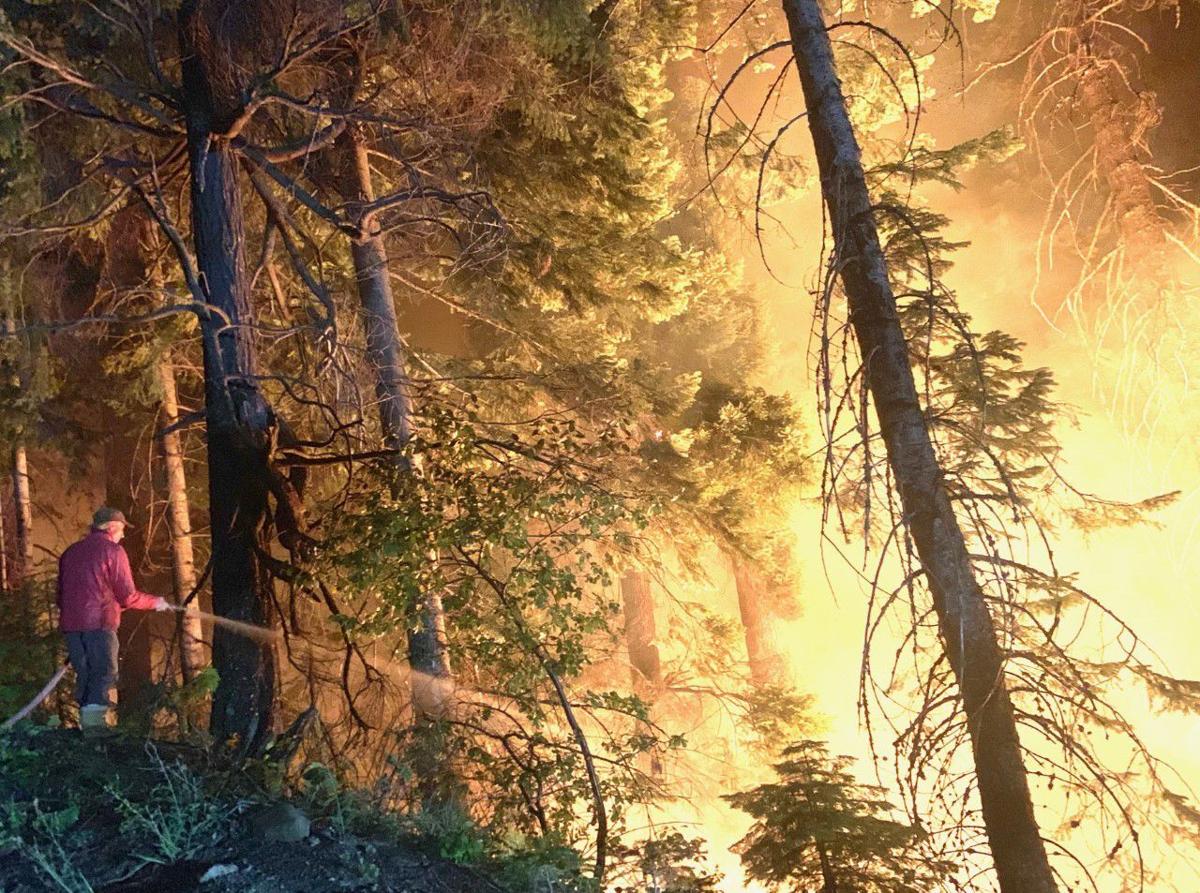 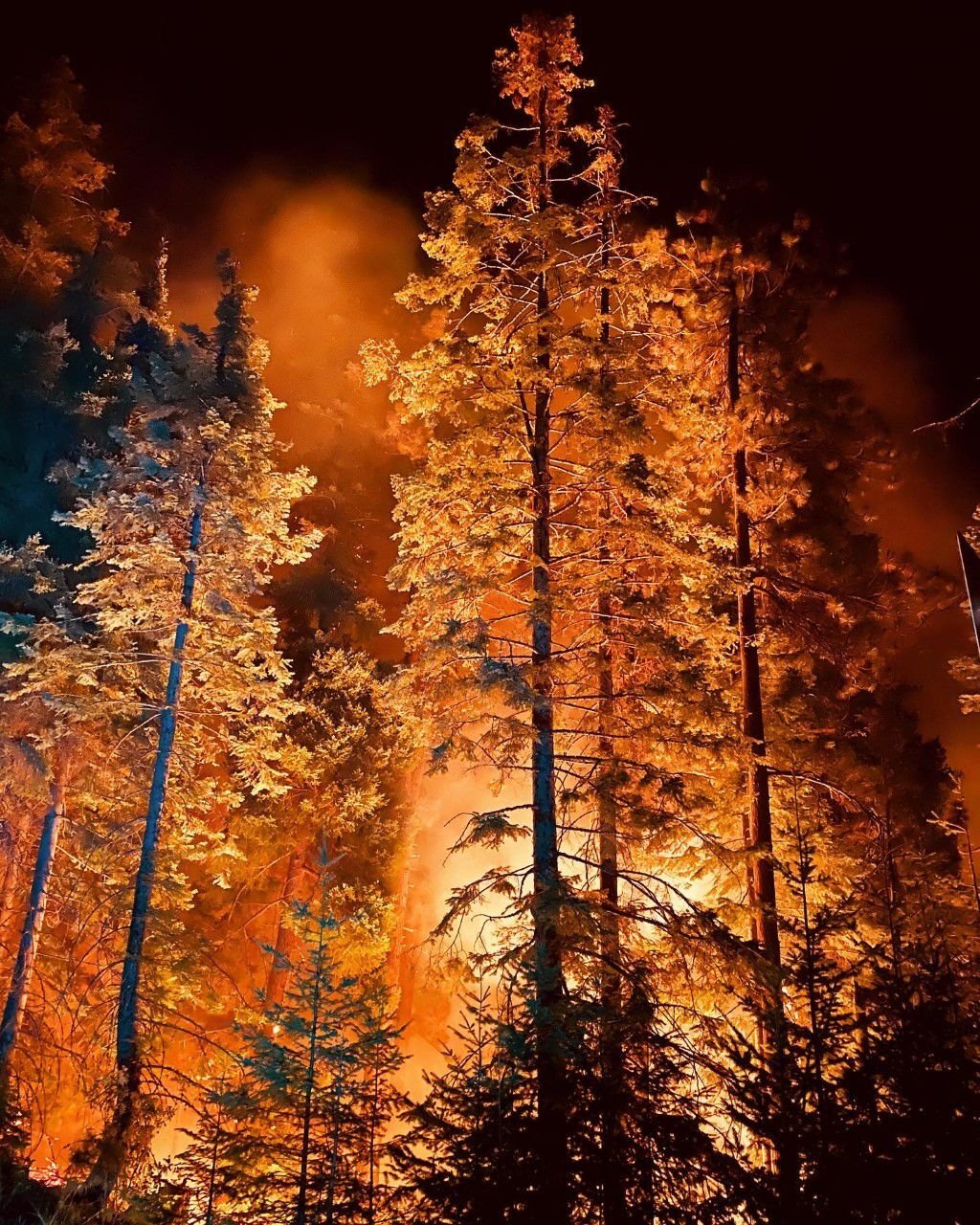 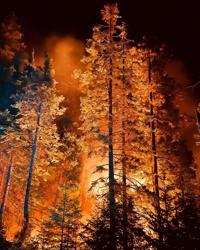 A new wildfire near White Pass closed down U.S. Highway 12 in both directions on Tuesday.

The Cold Creek Fire started at 8:30 p.m. Monday and was 100 acres as of Tuesday afternoon, according to the Central Washington Interagency Communications Center.

White Pass parks manager Eric Schultheiss saw the fire while driving to the summit and initially responded with mountain manager Russ Forman. Schultheiss said they ran out of water from their water truck and the U.S. Forest Service arrived quickly to take control.

Firefighters worked all night on the blaze that began 6 miles east of the White Pass summit, according to information from the Okanogan-Wenatchee National Forest. Spokesperson Robin DeMario said 50-60 people were on the fire by Tuesday afternoon, including a 20-person hand crew, three engines and two helicopters.

The fire burned primarily on the south side of the highway, but DeMario said firefighters were working to contain a five-acre spot fire on the north side.

The Forest Service asked the public to stay out of the area west of Clear Lake and said roads and trails will be closed for public safety. DeMario said Forest Service employees were hiking trails and driving off-road vehicles along roads to alert anyone near the fire.

Department of Transportation spokesperson Summer Derrey said a road closure from Oak Creek feeding station to the summit went into effect at 5:36 a.m. Two hours later that extended to 14 miles west of the summit at the junction of U.S. Highway 12 and State Route 123 for a total distance of 45 miles.

There’s no estimate on when the highway might reopen.

Level 2 (get set) evacuation notices are in effect around Clear and Rimrock lakes, according to the Yakima Valley Office of Emergency Management. Cabin owners in the Rimrock area are allowed to access the Lower Tieton Road up to a hard closure on the upper road, according to the Rimrock Cabin Owners Facebook page.

The fire is along the area of Highway 12 between Dog Lake and Clear Lake.

Editor’s note: The start time of the fire has been corrected.

U.S. Highway 12 remains closed over White Pass because of the Cold Creek Fire, which was at 170 acres with no containment Wednesday evening.