City, county and state law enforcement officers have authority over Yakama Nations members on the reservation in crimes that involve non-native suspects and victims, a federal judge recently ruled.

U.S. District Court Judge Thomas Rice denied the Nation an injunction Friday, Feb. 22, that would have barred state authorities from assuming jurisdiction over Yakama members in certain cases on the reservation. 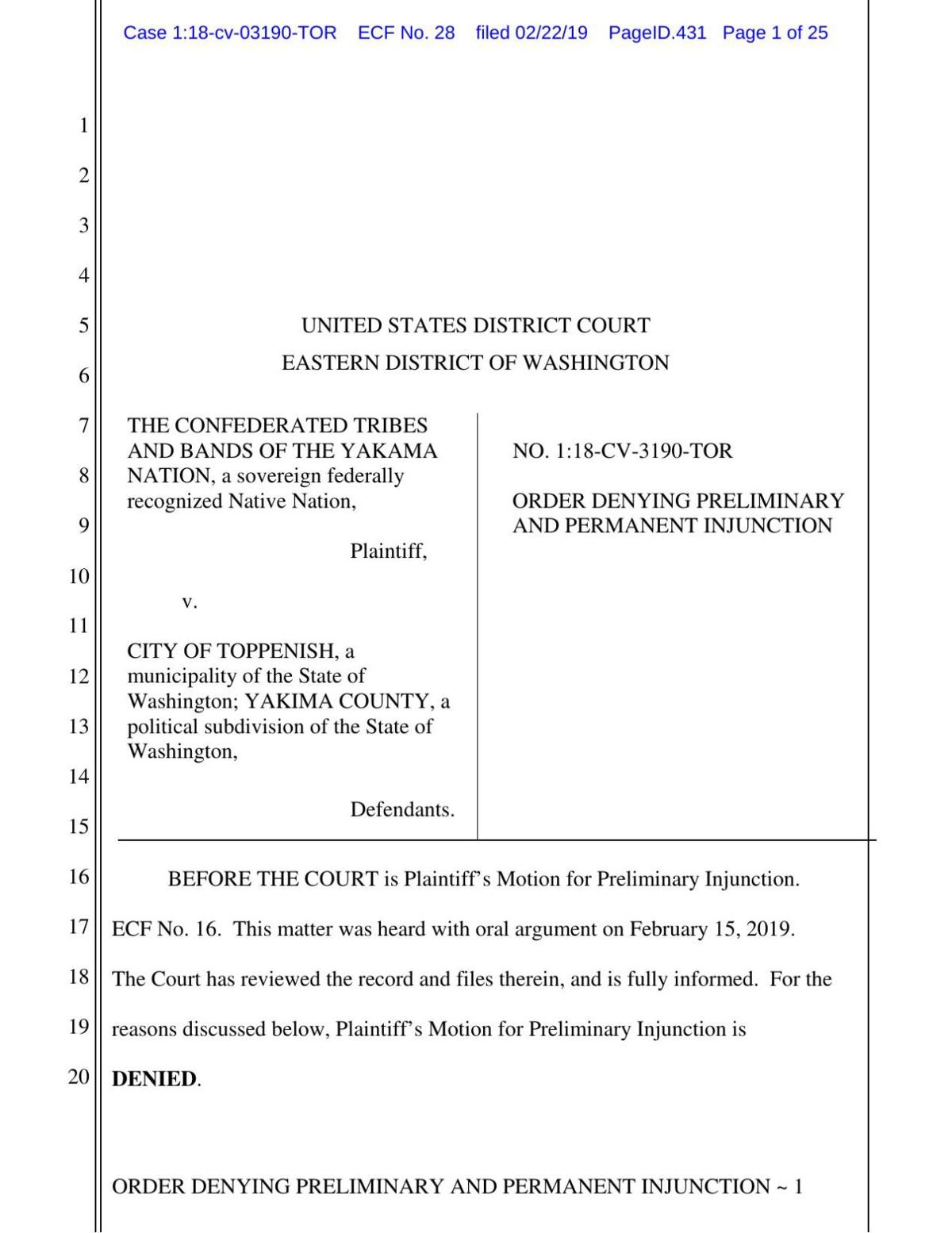 At issue is the interpretation of a legal procedure called retrocession, which allowed the Nation to reclaim a great deal of civil and criminal jurisdiction over Native Americans living on the 1.3-million-acre Yakama Reservation.

Previously, the state claimed significant jurisdiction over tribal members on the reservation under a federal law known as Public Law 280.

The eastern edge of the reservation is a checkerboard of tribal and non-tribal land and a mixture of native and non-native residents.

Police jurisdiction had always been confusing and often was determined by where a crime took place — on tribal or non-tribal land. Retrocession, which the Yakamas received in April 2016, was intended to restore the Nation’s jurisdiction over natives, on both tribal and non-tribal land.

Late last year, the Nation sued the city of Toppenish — located on the reservation — for arresting a Yakama member and searching another Yakama member’s home in connection with a September 2018 auto theft.

The Nation argued that its sovereign right to govern itself was violated by Toppenish police in the incident. The city contended that it had jurisdiction in the case because the vehicle stolen was a bait car that belonged to the police department, a non-tribal entity.

The dispute stems from a proclamation signed by Gov. Jay Inslee in support of retrocession. Inslee wrote that the state would retrocede, in part, criminal and some civil jurisdiction to the Nation but retain authority in cases involving non-native victims and suspects.

Rice gave exceptional weight to Inslee’s clarification in the ruling.

In response to the ruling, Yakama Nation Tribal Council Chairman JoDe Goudy issued a statement standing behind the Nation’s jurisdiction. 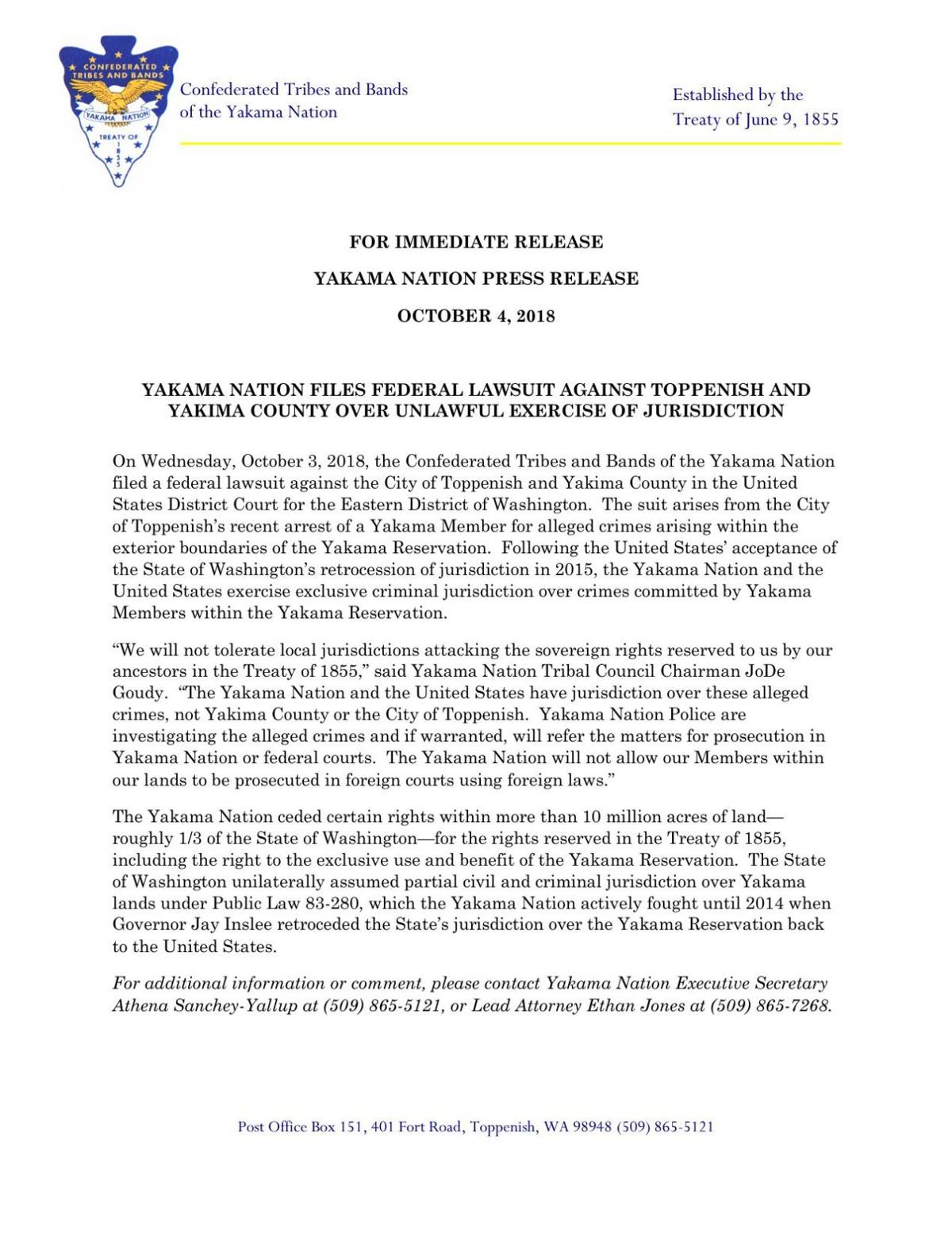 “While the decision does not change the Yakama Nation’s jurisdiction in any way, we are disappointed that the United States is endorsing the State’s unilateral seizure of concurrent jurisdiction within Yakama lands without the Yakama Nation’s free, prior, and informed consent. We have the most complicated jurisdictional framework in the United States within our Treaty-reserved lands, and this decision makes it all the more complex,” Goudy said in the statement.

This story will be updated.