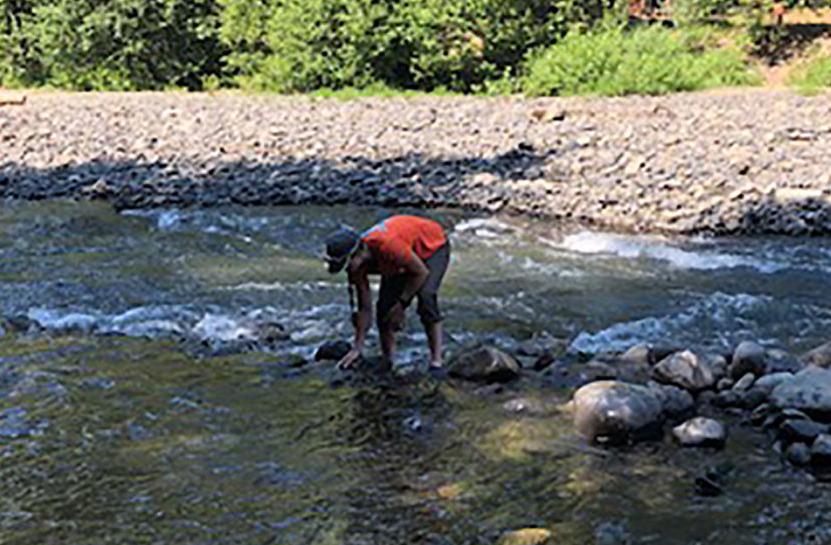 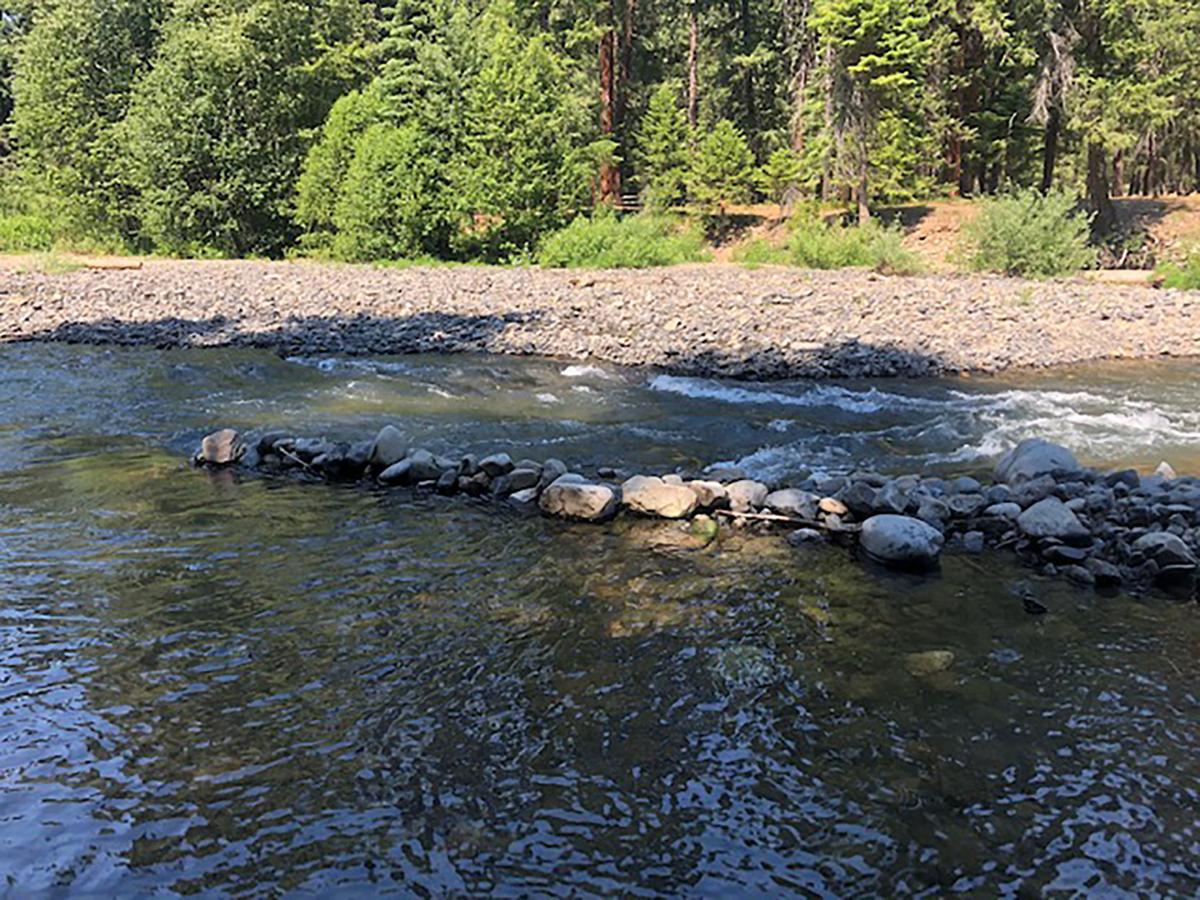 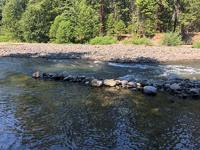 A rock dam built off the edge of a gravel bar on the South Form Little Naches River. 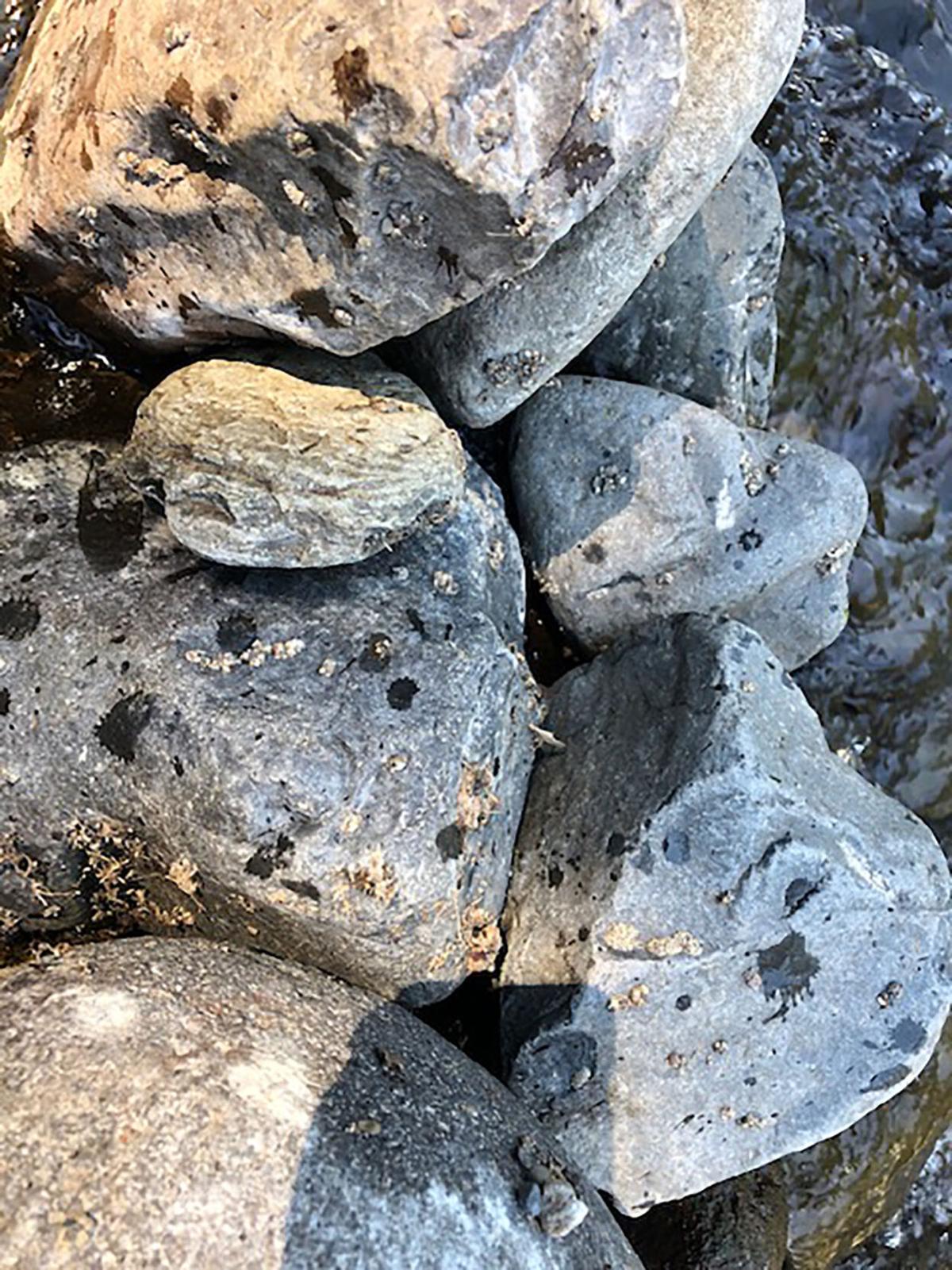 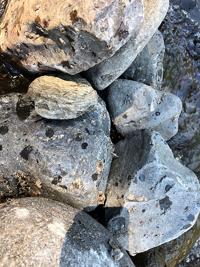 Macro-invertebrates that were stranded and dried up on the rocks pulled out of the water to build the South Fork Little Naches River. These macro-invertebrates are an essential part of the stream ecosystem and are very important to the other organisms that live there.

A rock dam built off the edge of a gravel bar on the South Form Little Naches River.

Macro-invertebrates that were stranded and dried up on the rocks pulled out of the water to build the South Fork Little Naches River. These macro-invertebrates are an essential part of the stream ecosystem and are very important to the other organisms that live there.

For the first time in three years of an ongoing study, biologists decided hot weather made the risks too high to catch and tag sockeye in late June.

Although the early heat wave eventually cooled off before temperatures soared past triple digits once again in late July, the water stayed too hot for salmon. High flows from a good snowpack in the Central Cascades helped the fish avoid a worst-case scenario, but Bureau of Reclamation project manager Richard Visser said the unusually hot summer still posed a serious threat.

“This year, we actually had lower Yakima River water temperatures into the 80s,” Visser said. “Salmon just can’t live in that.”

Even temperatures in the mid-70s can weaken fish enough to be lethal, and they become stressed once water reaches 68 degrees, the temperature at which Trout Unlimited recommends anglers stop fishing.

The temperatures made tagging difficult. Visser said most fish just waited in the Columbia near the Tri-Cities, giving researchers no opportunities to track migration patterns and test factors for successful spawning.

“We were hoping that we could potentially still do some work if the river cooled down and we got some more sockeye to run upstream to Prosser,” Visser said in August. “But that hasn’t happened.”

The Yakima River at Kiona stayed above 70 degrees for two months starting June 21 with a high of nearly 88 degrees on June 30, according to U.S. Geological Survey data.

National Oceanic and Atmospheric Administration Fisheries biologist Sean Gross said data show sockeye generally start moving upstream to their spawning grounds only when the Yakima River is below 70 degrees. Otherwise they wait in cool spots near the mouth, where they face more danger from predators and anglers.

The Columbia River began to heat up to dangerous levels as well, reaching 70 degrees at The Dalles by July 4 and touching 74.1 degrees on Aug. 12 for the first time since July 2015. It fell rapidly with the air temperature over the next three weeks, helping prevent the combination of hot water and drought that killed hundreds of thousands of Columbia River sockeye in 2015.

This year’s returns were still poor, Gross said, noting that could be partially attributed to ocean conditions.

It’s possible the relatively early heat wave also affected smolts, the young salmon heading out to the ocean, since Gross said most make the trip between mid-March and late June. High temperatures speed up the metabolism of the cold-blooded fish, leaving them more vulnerable to predators like bass that become more active in warmer water.

For all the problems created by the heat, Becca Wassell, Yakima Basin program director for Mid-Columbia Fisheries, said it could have done even more damage without a healthy snowpack keeping Yakima River flows at or above average levels this summer.

She said that likely left more cold water refuges, especially at the mouths of tributaries such as Ahtanum Creek.

“I would think that when the rivers are running higher then there might be a greater availability (of cold water refuges),” Wassell said.

Recent trends and projections indicate salmon will face an uphill battle against hotter temperatures in the years ahead.

Gross said due to climate change, most of the hottest years on record for Yakima Basin waterways occurred in the last 20 years. It’s becoming more difficult to dig out of the hole with every generation of salmon, so years with good returns don’t bring as many fish back as they once did.

“I’d like to remind people that it’s a really hard journey even in years that are not this hot, but especially in years with warm water,” Wassell said. “We need to do everything we can to not create further obstacles for them.”

If they can survive their freshwater journey, most salmon spend a majority of their lives in the ocean. Only about 1% returning to their spawning grounds. NOAA Fisheries spokesperson Michael Milstein said although one hot summer won’t affect ocean temperatures much, climate change has brought more marine heat waves, limiting food sources.

Still, NOAA Fisheries biologist Brian Burke maintains some optimism thanks in part to recent increases in nutrient-rich food sources like zooplankton and copepods. Cold water upswells have significantly dissipated “the blob,” a large mass of warm water disrupting the ecosystem since late 2013.

That helped produce strong coho and fall chinook returns this year, although the overall long-term outlook and trends remain grim. Burke is hopeful salmon can show their resiliency once again with some small changes capable of making a much bigger difference in the ocean compared to the freshwater system.

“It’s hard because it’s a super big system and unfortunately, the region, our society has not really invested in ocean research for salmon,” Burke said. “I’m confident there’s things we can do. I’m certain we need to be studying the system a little more intensely.”