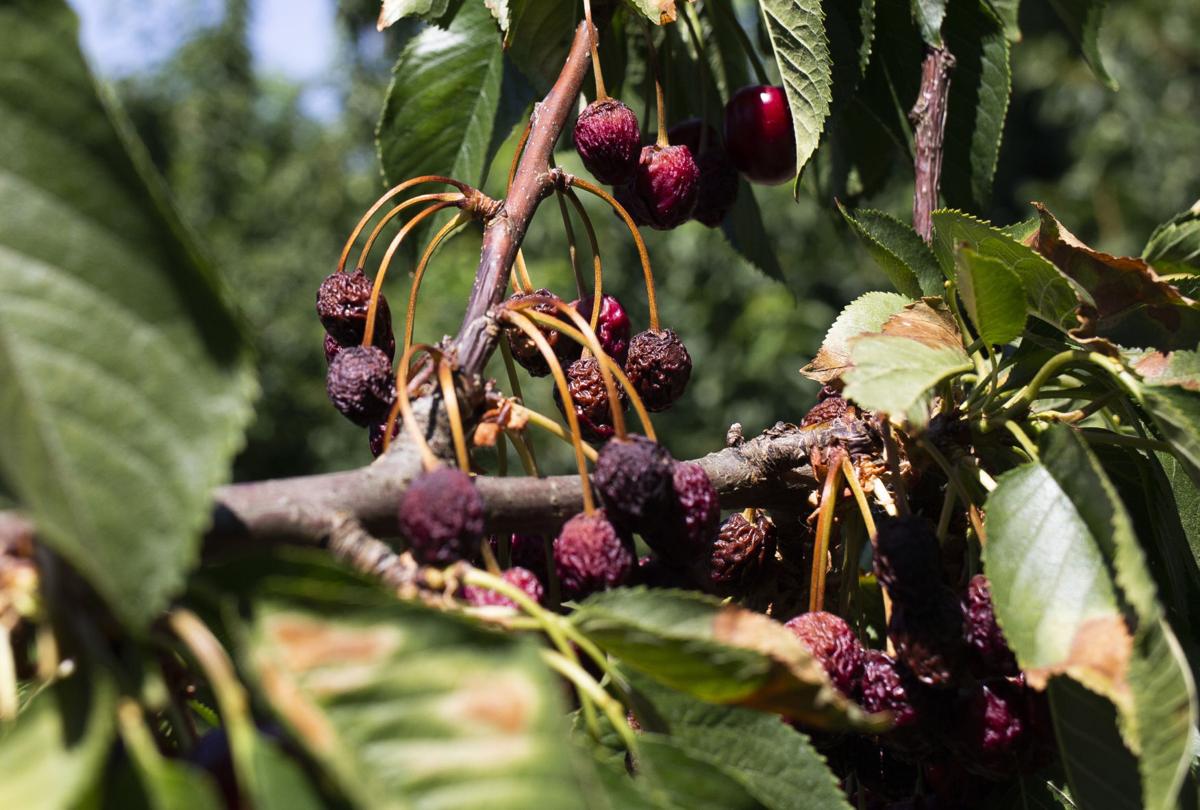 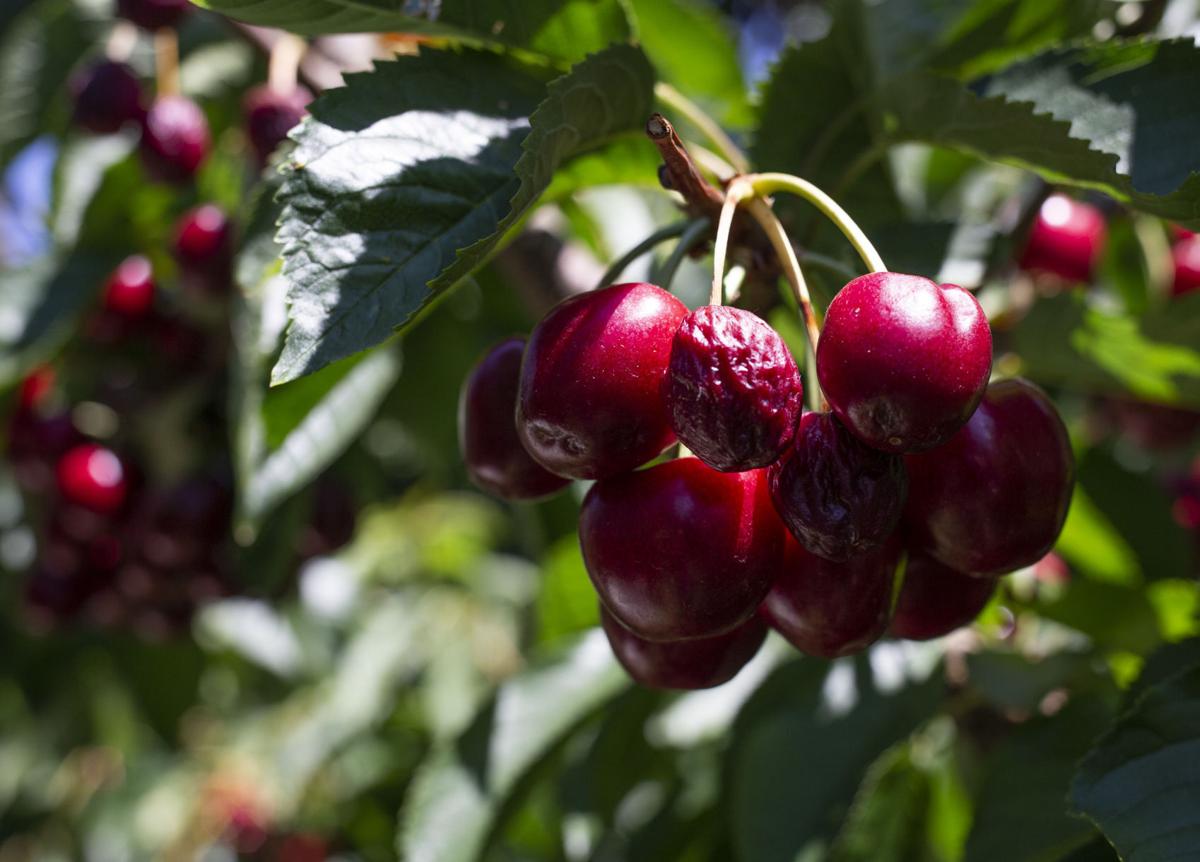 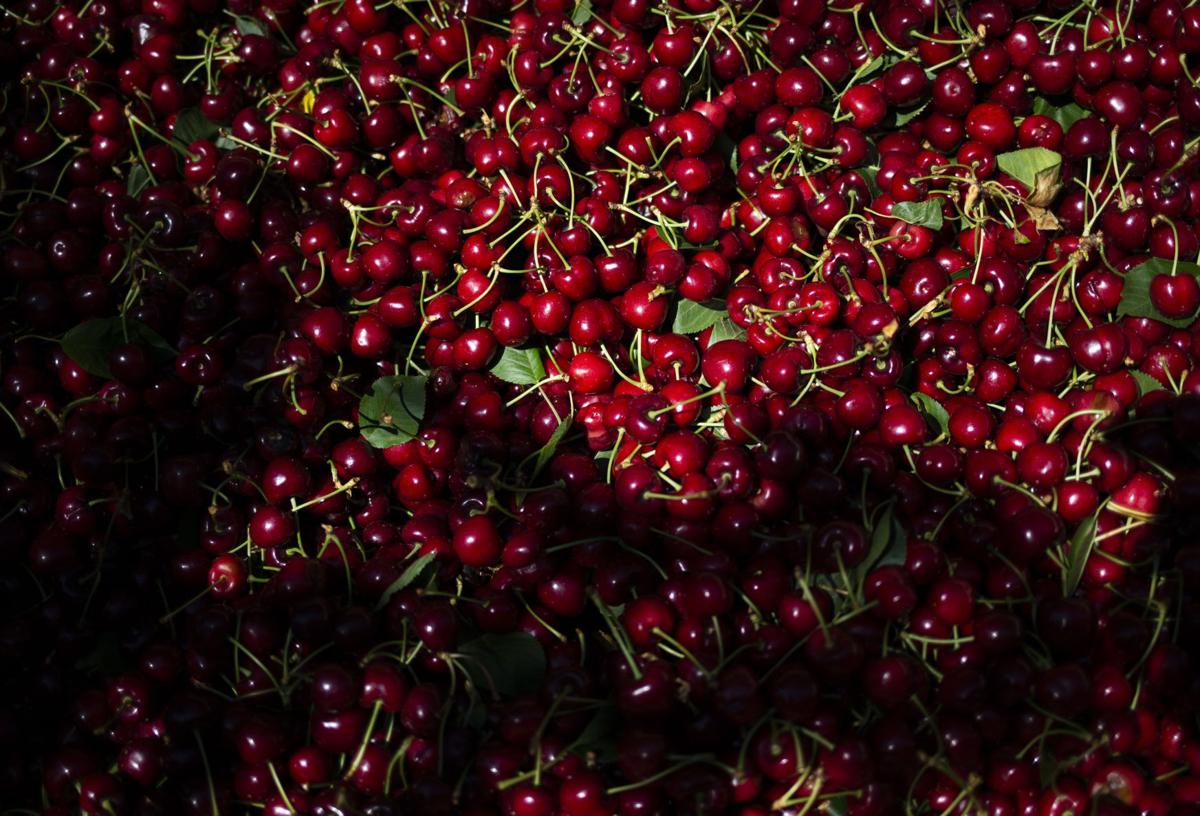 Skeena cherries sit in a bin at a Rowe Farms orchard Friday, July 9, 2021 in Naches, Wash. 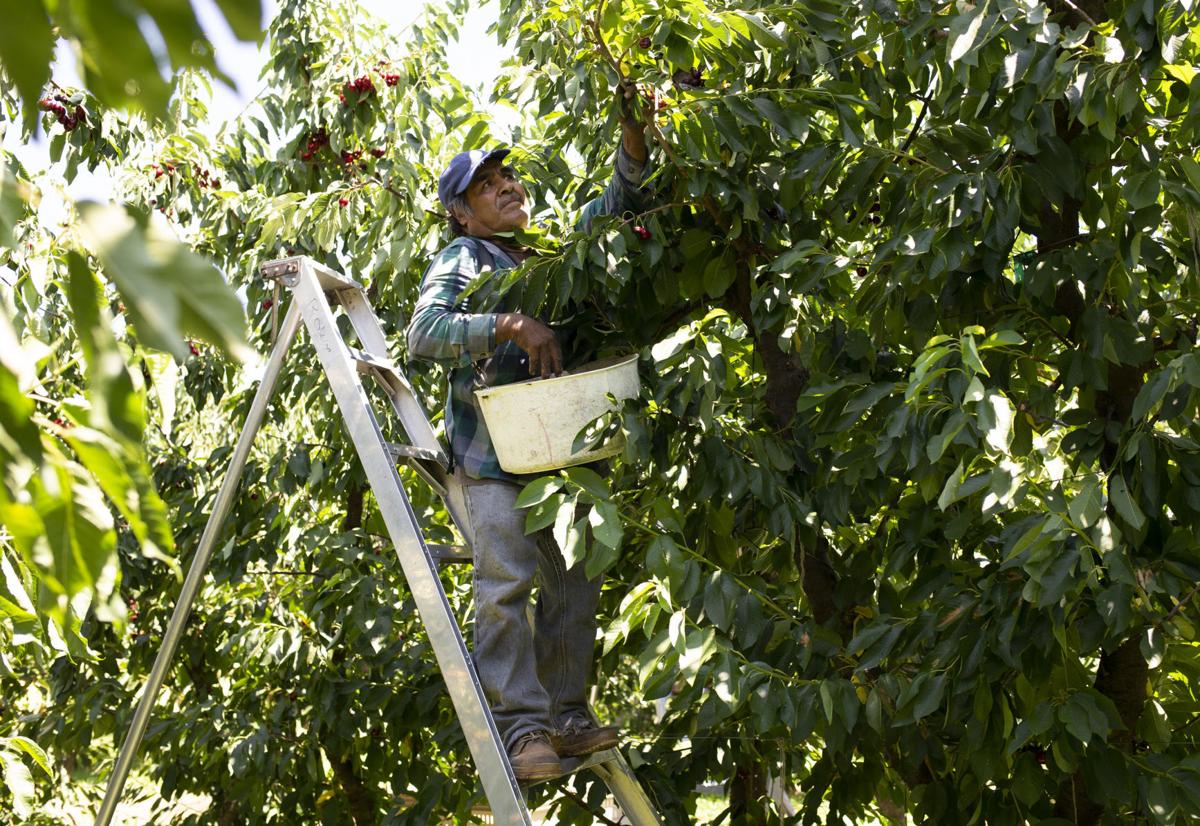 Skeena cherries sit in a bin at a Rowe Farms orchard Friday, July 9, 2021 in Naches, Wash.

But extreme heat conditions at the end of June damaged many of those red-yellow cherries. Some trees were picked fewer times, while some weren’t picked at all.

Lyall, who has orchards in Grandview, Prosser and Mattawa, said this season could have been worse. By the time the heat arrived, workers had picked most of the cherries.

“I feel we were fairly fortunate,” Lyall said. “I understand there were a significant number of orchards (that) weren’t able to finish picking at their orchards or had to divert their orchards to processors.”

An extreme heat wave caused significant damage to cherries grown in the Yakima Valley and the Northwest in late June and early July. The high reached 113 in Yakima on June 29, an all-time record.

Northwest Cherry Growers is still assessing the damage, but President B.J. Thurlby estimates that about 20% of the overall crop was lost due to heat conditions. Much of the loss came in the Yakima Valley, where cherries were about to be picked. The Northwest cherry growing region includes five states: Washington, Oregon, Idaho, Utah and Montana.

In May, the Yakima-based organization estimated a crop of 23.8 million 20-pound boxes in the five-state growing region. Thurlby said the yield this season is now likely in the 18 million to 19 million box range, which would nearly match the 2020 crop. Last year’s crop also was affected by weather, namely frost and wind in the months leading up to harvest.

A few cherry varieties received a disproportionate amount of damage: Bing and Skeena, two red-fleshed cherry varieties, and the popular Rainier. Most of the damage was to Skeena, which is generally picked after Bing.

Other varieties, such as Lapin and Sweetheart, picked later in the cherry season, had far less damage.

Rowe Farms, which grows cherries in several different orchards in the Yakima Valley, will wrap up its harvest with Sweetheart cherries.

Morgan Rowe said some blocks in his orchards could not be picked at all due to heat damage. Other blocks of cherries were partially damaged.

The amount of damage depended on the tree’s location, namely the elevation and whether it had more direct sunlight, he said. Rowe, who runs Rowe Farms, has orchards throughout the Yakima Valley, including Naches.

“(With) Skeena, there have been other heat-related issues. That wasn’t a real surprise,” Rowe said. But the excessive heat “took them down as we have never seen before.”

Rowe said he wouldn’t know the total damage until he gets paid for his fruit in a few months.

“My gut tells me that it will be a lot worse for sure,” Rowe said, comparing this year with other seasons with challenging weather conditions.

Gilbert Orchards completed about half of its cherry harvest when the heat wave hit the Pacific Northwest, said President Sean Gilbert.

With orchards in different parts of South Central Washington, the damage varied greatly. Most of the damage was in West Valley orchards since there was still fruit to be picked. In comparison, Wapato and Mattawa orchards had less damage because most of the fruit had been harvested.

There was also extensive damage to Gilbert’s Skeena cherries as they weren’t picked yet. The variety makes up about a quarter of Gilbert Orchards’ cherry crop.

Gilbert said that other fruit Gilbert Orchards grows and harvests during the summer months, such as apricots, fared much better in the extreme heat.

Gilbert said the orchard’s staff has been discussing how to better prepare for extreme heat conditions in the future.

“There’s no real silver bullet that would fix this,” he said. There is “a combination of horticultural practices we’re going to try to incorporate into our normal practices.”

Fewer cherries overall might be ideal given the current retail market.

With more restaurants and other businesses opening in the U.S., grocery store sales are slightly down compared to a year ago, Thurlby said.

In contrast, other parts of the world are still dealing with COVID-19. Much of Southeast Asia — which has been a growing market for Northwest cherries in recent years — is under lockdown as cases rise and vaccination rates remain low. Restrictions likely will lower demand for imported products, such as cherries.

Other top markets, including China and Korea, have made up for some of the loss, but exports likely will be down compared to past years.

“Cherries are just not top of mind right now, understandably so,” Thurlby said.