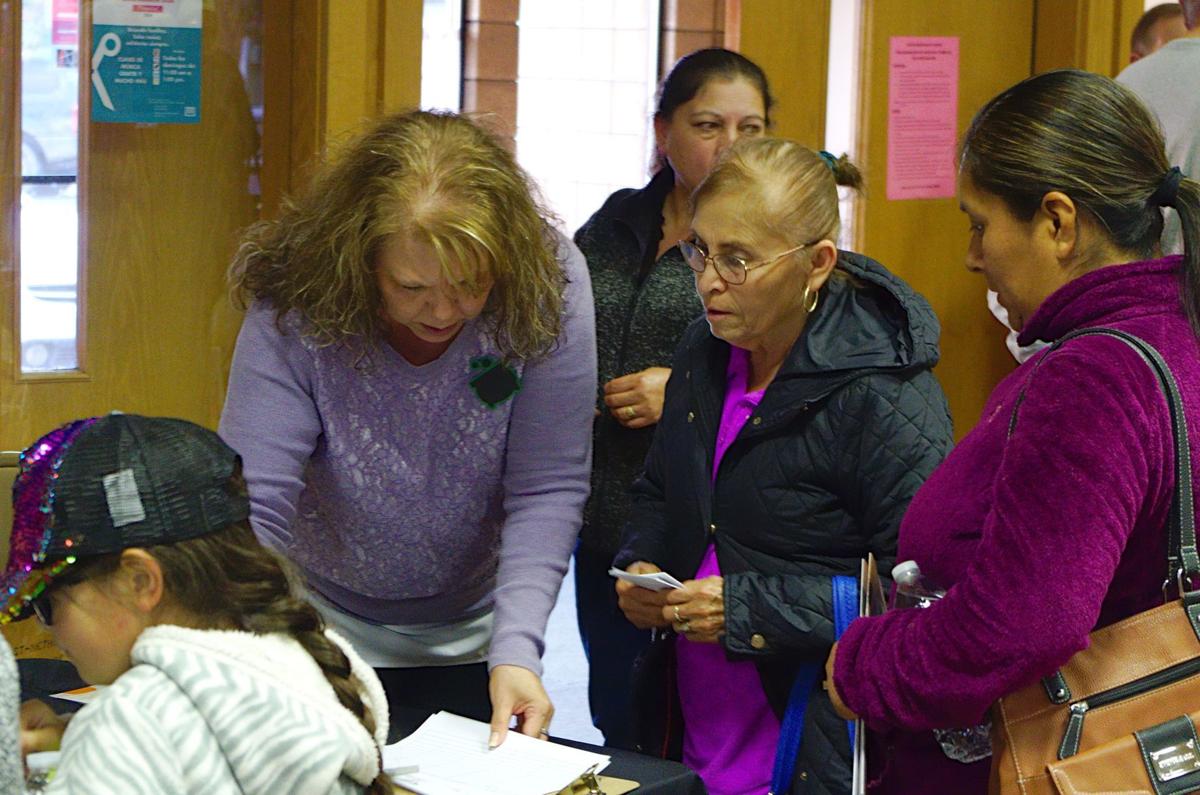 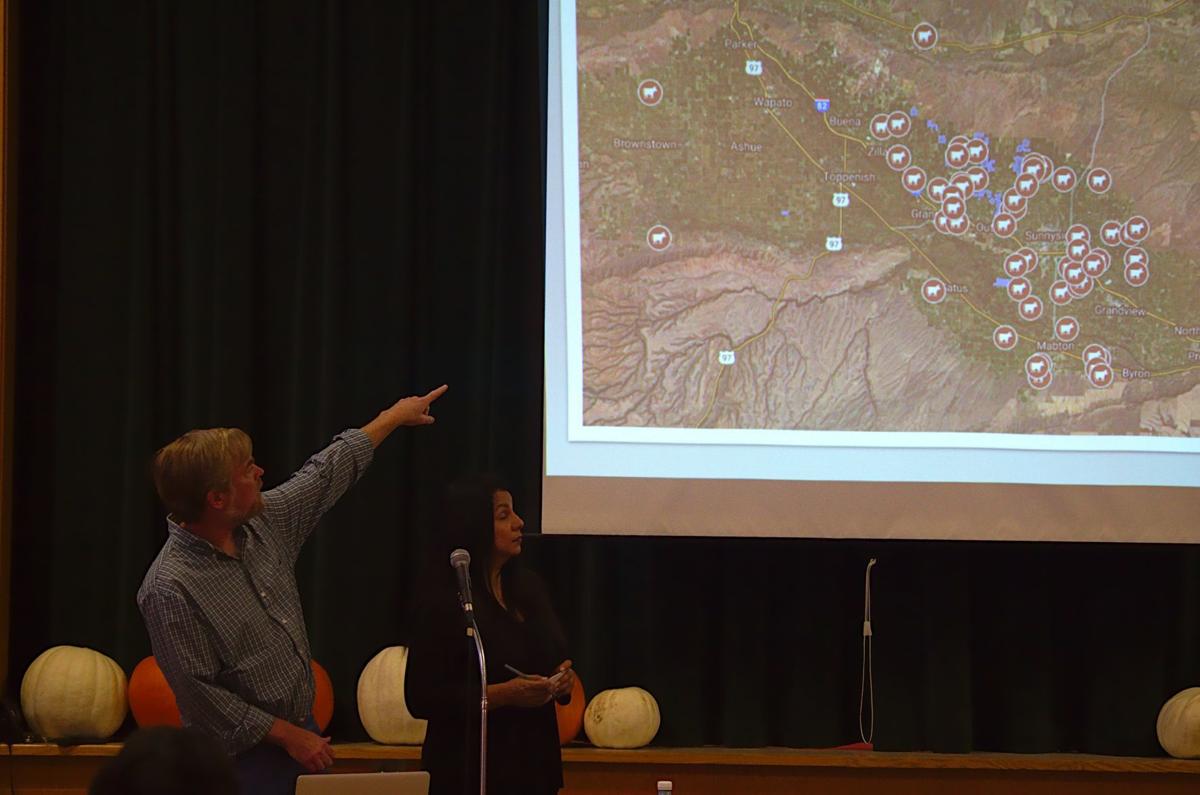 Environmental attorney Charles Tebutt points to a map showing the location of dairy farms in the Lower Yakima Valley Saturday, Oct. 26, 2019, during a forum at the United Methodist Church in Sunnyside. The forum was organized to encourage more residents in the area to sign up to have their water tested for nitrate pollution environmental groups say comes from the farms. (Donald W. Meyers/Yakima Herald-Republic)

Environmental attorney Charles Tebutt points to a map showing the location of dairy farms in the Lower Yakima Valley Saturday, Oct. 26, 2019, during a forum at the United Methodist Church in Sunnyside. The forum was organized to encourage more residents in the area to sign up to have their water tested for nitrate pollution environmental groups say comes from the farms. (Donald W. Meyers/Yakima Herald-Republic)

SUNNYSIDE — Charlie Tebbutt was a young attorney when he started out fighting Lower Valley dairy farms over nitrate pollution in groundwater.

“Now, I’m old and frustrated because we haven’t solved the problem yet,” Tebbutt told a group of 40 people gathered Saturday at the United Methodist Church in Sunnyside. “I like to think I’m more than capable of solving a problem in 22 years.”

So, Tebbutt and representatives of Friends of Toppenish Creek, Community Association for Restoration of the Environment and Latino Community Fund asked residents to help by getting their water tested and, if necessary, have a reverse-osmosis filtration system installed at no cost to them.

Saturday’s forum was meant to encourage residents, particularly Latinos, to sign up for the testing program, which is part of a federal consent decree that settled a lawsuit against three major dairies accused of contaminating groundwater with nitrates as a result of their farming practices.

Out of 446 tests performed on wells so far, 169 were found to have nitrate levels exceeding 10 parts per million, the threshold amount for safety established by the U.S. Environmental Protection Agency. A recent test, Tebbutt said, found one well had 101 ppm of nitrates, about 10 times the federal limit.

The tests and filtration systems are paid for from a fund into which the dairies involved in the consent decree contribute $2,000 a month, with community groups handling the testing and installation. Tebbutt said it is also frustrating that agencies such as the state Department of Ecology have not stepped in to address the issue.

“This is no different than Flint, Mich., or other places with water contamination,” Tebbutt said. “It’s definitely a social-justice issue. Their inaction is reprehensible.”

Tebbutt wants to see more people get their wells tested to ensure that they are drinking clean water and to chart the extent of the contamination.

But one of the concerns has been getting the word out to residents in the area, particularly Latino residents. Past forums on the subject did not reach as far into the Latino community as hoped due to timing; many of the affected people were working at farms at the times of the meetings, said Micaela Razo-Araguz, Central Washington program manager for the Latino Community Fund.

Saturday’s event was timed to coincide with the conclusion of harvests, to bolster attendance. Razo-Araguz said it helped, as about 20 Latinos attended and were encouraged to spread the word to their neighbors.

“If they don’t know, we can’t help” Razo-Araguz said.

Leticia Mendoza, a Toppenish-area resident, signed up for the testing service to see if the water at her home was OK. She’s lived in her house for three years and uses bottled water for drinking and cooking, while using well water for bathing and cleaning.

“We want to make sure it’s safe to drink,” she said.

Blanca Bazaldua, who was signing up people for testing, said word of mouth is one effective way to get people to get the testing, as their neighbors can assure them that the program is indeed free and will deliver results. And it also helps that it is community groups, not a government agency, that is doing the testing, she said, as some people were wary of having their water turned off if the test results were bad.