The groups, CARE, Friends of Toppenish Creek and Center for Food Safety, notified Sunnyside Dairy in a letter dated Feb. 28 of their intent to file a lawsuit in U.S. District Court. The dairy is off Maple Grove Road near East Merz Road north of Sunnyside. 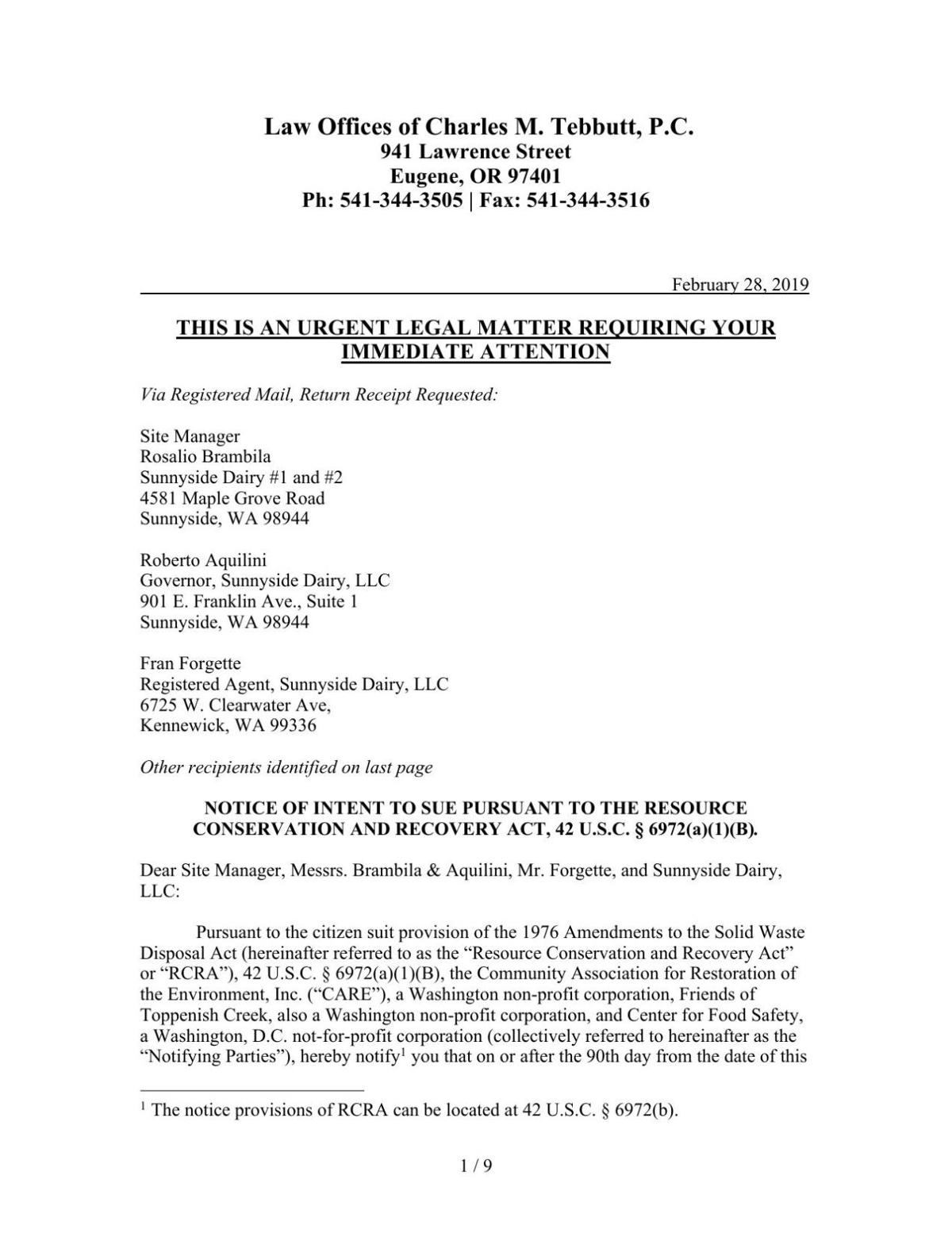 The dairy’s manager wasn’t available and did not immediately return a phone call seeking comment.

This is the third Lower Valley dairy the groups have threatened to sue within a month. Two dairies in Outlook — SMD LLC and DBD Washington LLC — were sent similar letters dated Feb. 11.

The environmental groups accuse the dairies of overapplying animal waste as fertilizer to fields, resulting in excessive nitrates that are leaching into the groundwater and contaminating rural domestic wells.

The letters list specific dates when soil samples showed high concentration of nitrates on fields that the dairies had applied cow waste. Nitrate naturally occur in soil, but concentrations are drastically increased by heavy use of fertilizers and animal waste.

Excessive levels of nitrates in drinking water can be harmful to infants, according to the Centers for Disease Control and Prevention.

These wouldn’t be the first lawsuits the groups have brought against dairies. In 2013, the group sued another cluster of Lower Valley dairies — Cow Palace of Granger, George DeRuyter and Son Dairy and D&A Dairy of Outlook, and Bosma-Liberty Dairy of Zillah.

A federal judge found that mismanagement of animal waste by the dairies caused pollution, and under a federal consent decree, the dairies were required to change their practices and install liners in manure storage ponds.

Those lawsuits led to the formation of the Groundwater Management Area, a swath of Lower Valley land that has been subject to extensive research in effort to reduce nitrates in groundwater.

The area spans the east side of the Yakima River from just below Union Gap to below Grandview.