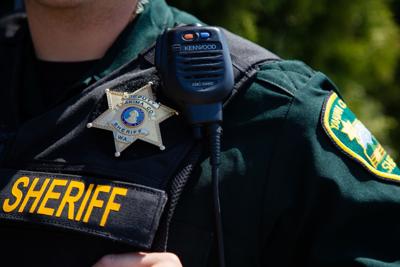 Terrace Heights Elementary School was under a secure and teach order for about 10 minutes Thursday afternoon due to police activity in the area, according to the East Valley School District’s director of communications, Mikal Heintz. No students or staff were harmed.

The secure and teach began at about 2:40 p.m. after the district learned of an incident occurring on Keys Road from the Yakima County Sheriff’s Office. Keys Road is about a mile away from the school, but the building went into secure and teach “out of an abundance of caution,” Heintz said.

During a secure and teach for an external threat, no one is allowed to enter or exit the school building. Any students outside are brought indoors and instruction continues, according to the district’s emergency information page. The district also calls and messages parents, Heintz said.

Sheriff’s office personnel investigated a man in tactical gear seen walking down Keys Road carrying a rifle, YCSO spokesperson Casey Schilperoort said in an email. The man was searching for missing 5-year-old Lucien James Munguia near the Yakima River and wanted to be prepared. No criminal activity occurred.

Editor’s note: This story was updated to add information from the sheriff’s office about the incident.