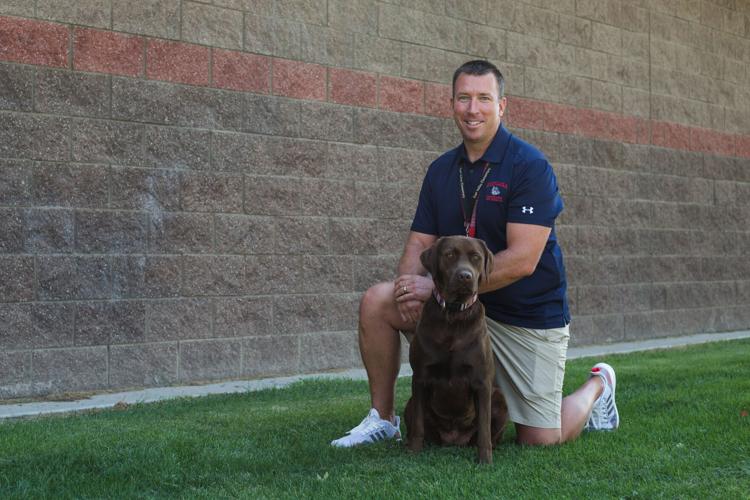 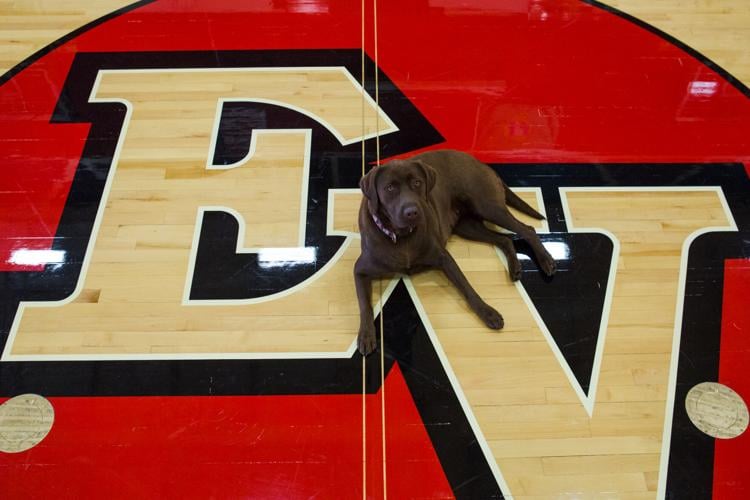 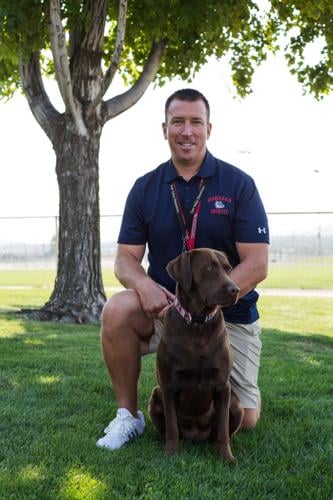 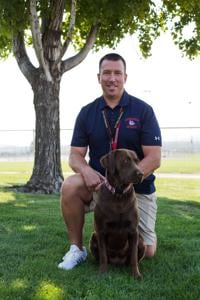 Kevin Taylor has loved dogs even longer than he’s loved teaching. The East Valley Elementary School physical education teacher has over two decades of experience in education. He grew up with dogs, specifically chocolate Labs, and has bred generations of them.

For years, he wanted to somehow incorporate dogs into his classroom. Last year, he saw his goal come to fruition. He trained Jordan, a 1-year-old Labrador retriever, to act as a therapy dog for his students.

Taylor said Jordan was the right dog for the job because of her exceedingly calm nature. She has served both as a playful and calming presence for students. And students and staff have responded with enthusiasm to the new “staff member.”

Here are some questions and answers with Taylor. Some answers have been shortened for clarity.

How long have you been breeding chocolate Labs?

We have three generations and she's part of the line that I want to keep going. So, we've been breeding chocolate Labs for 18-plus years. People know me as a chocolate Lab breeder. ... Their temperament is what draws people to wanting to come get a Lab. So this line that I have now is perfect to do this type of stuff. They're great people, dogs.

Where did the idea for an in-school dog come from?

It's been a goal of mine, for about 10 years, trying to get an animal into the school. And this last school year, Russ Hill, our (new) superintendent, entered the conversation. I walked up to him and had that conversation with him, and the door wasn't closed right away. We talked about it more and more. I researched it, I had some other connections in the Valley and started talking to people about what they did. And it became a reality here last year. She wasn’t even 1 year old yet by the time she entered this school. So, she's being raised right along with these kids.

We’re going to be continuing some training in October. It's through the Acme Dog Training in Ahtanum (Union Gap). Last year we put her in a 10-hour course for obedience training. They don't really go into the social-emotional aspect of training until the dog gets 1 year old. That’s why we're continuing the course now.

What does a typical day look like for you?

I greet the kids in the morning and then come into the school. Sometimes Jordan starts the class with me, sometimes she doesn't, but this (Taylor’s office) is her comfort zone. She’ll come in here and lay down. I do my normal things throughout class because I also have a job to teach the kids. I can't have them always distracted by her. But there's times throughout the class period when the kids are playing that I do open the door. Strategically, she's placed into class. And then I always close class with her.

What has the response from the kids been like?

Absolutely open arms, wanting to hug, wanting to pet, wanting to spend as much time as they can with Jordan. But when she is out there when they're playing, they do play. They know that they can’t just go and always be by her. There have been times, though, where a kid just kind of gets — you can just tell they just need a little break. Why don't you just take a moment and go over and sit next to Jordan? A kid who struggles, he just needed a time to calm down. It was just amazing. All of a sudden, Jordan was there to the rescue, thankfully, because I don't think one of us adults could have calmed him as quickly.

Any other standout moments?

There were four specific kids who were leery of her. Whatever experience they've had with animals, it was a negative one. When that happens, I don't try to push back. But slowly, by the end of the school year last year, all four students were petting with her, came to her this morning. This year, the student who was the most afraid now seeks her in the morning. What that has allowed is to gain some trust that there are dogs that are nice.

Why is it important to provide students with these types of alternative support services?

To me it's another way into a kid's life. It's another way to reach them. That’s not the only reason why they're coming to school. I feel as the PE teacher that my class is very popular. But what I've seen with Jordan is another excitement. It's something else to be excited about to be here at school. And I think that's a huge reason.