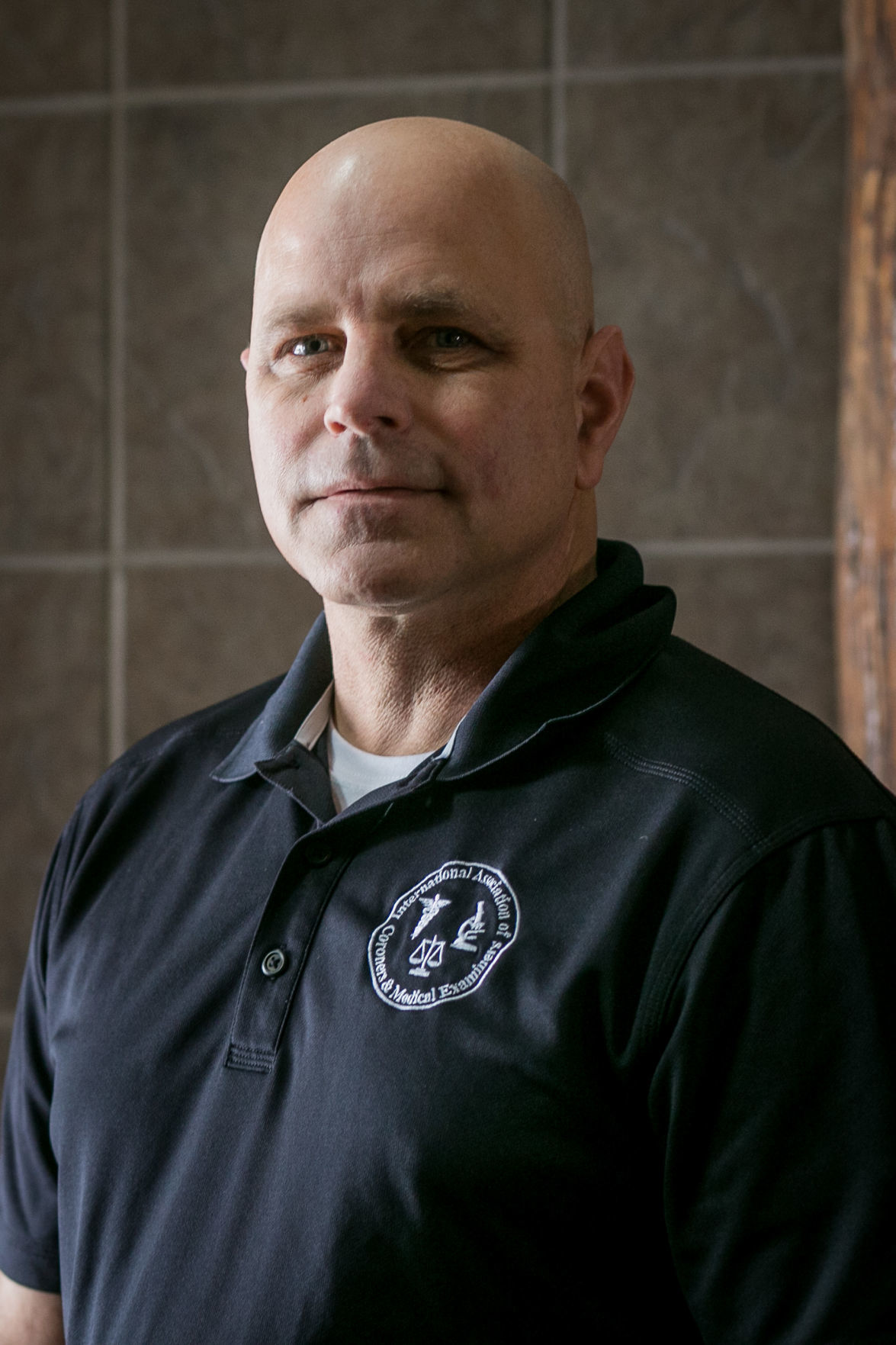 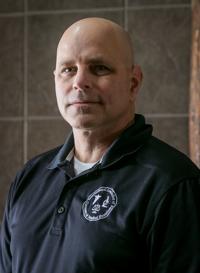 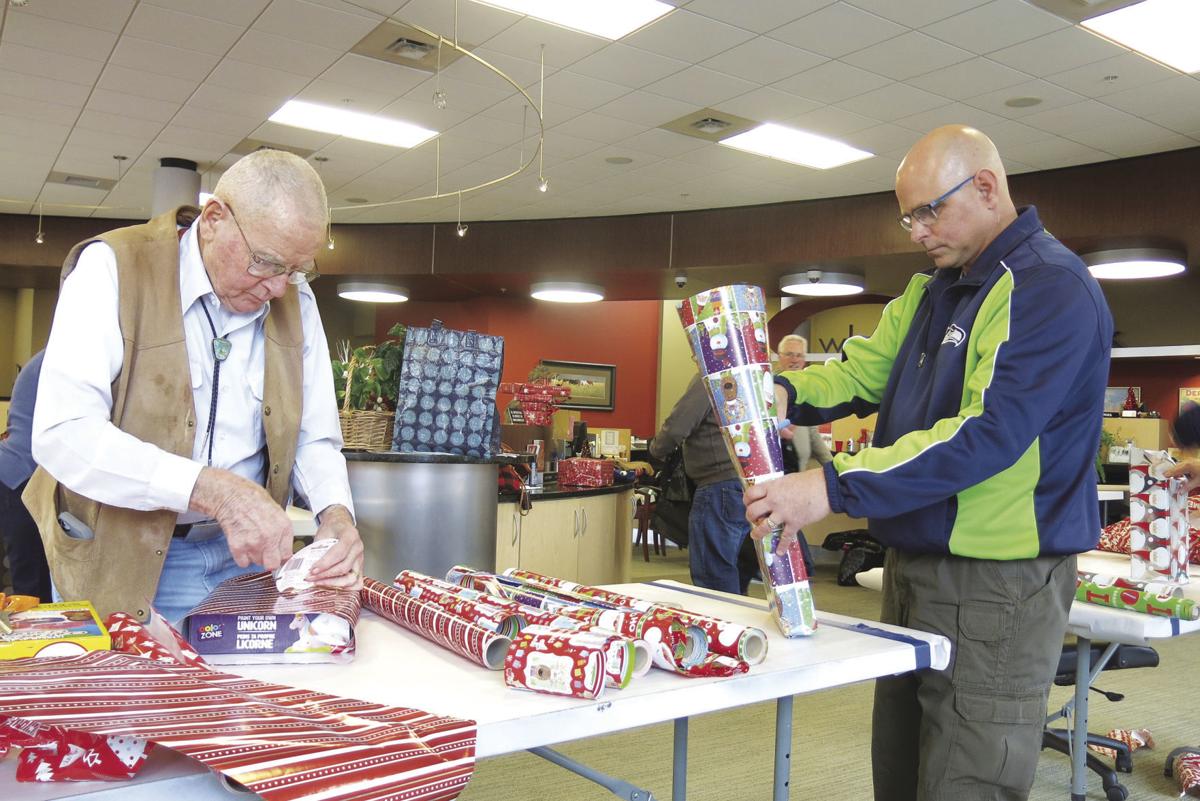 TOPPENISH — Jim Curtice stood with more than two dozen others outside the Toppenish Community Center on Dec. 1 as dusk descended on the snowy landscape. Most in the circle held candles, cupping the flame as protection against the cold breeze.

“I’m overwhelmed by how many people are here,” said Tina Ma’Shell of Kent, whose niece, Alyssa McLemore, has been missing for more than a decade.

As the coroner of Yakima County, Curtice didn’t have to attend. His role as an elected official is to investigate sudden, unexpected, violent, suspicious or unnatural deaths within the county. When Strong’s remains were found in an abandoned freezer outside Toppenish on July 4, Curtice sent news releases to local media, as expected of the coroner.

But in attending the vigil for Strong and showing support to those who love and miss her, Curtice took his job beyond its basics. In the news releases announcing that Strong’s remains were identified with the use of dental records, he and his staff offered their condolences to her family and friends.

Strong, 31, a mother of four and a Umatilla tribal member, disappeared in early 2018 and was found nearly 300 days later. Her death has been classified as a homicide and is under investigation by the FBI. She is among 27 homicides in Yakima County this year.

Though the number of Yakima County homicides in 2019 is short of 2018’s record 32 killings, Curtice helped investigate

numerous gang- and drug-related homicides in his first year as coroner. Others, seemingly without cause, devastated entire communities. Five people were slain in White Swan on June 8; less than two months later, a well-known and well-loved resident was killed in her own house there.

Curtice has seen opioid-related overdoses rise and joined law enforcement in warning the public against a small blue pill that appears to be Oxycontin but contains a potentially lethal amount of fentanyl. He also coordinated inurnment of cremated remains of 278 people who were not claimed by family members or friends. The coroner’s office serves as a clearinghouse for unclaimed human remains.

Some efforts he began in his first year should yield results in his second year. In the first few months of 2020, he and his family hope to welcome another dog into their home — Justice, a male chocolate lab who is being trained as a cadaver-sniffing dog.

Legends Casino Hotel awarded Curtice’s office $14,000 — the largest single grant issued in its 2019 Yakama Cares program — to buy and train Justice to detect the smells associated with a body and alert his handler to the location. The dog is being trained in North Carolina, and will assist the coroner’s office in recovering bodies and forensic evidence.

Justice could help in backcountry searches, or situations where evidence and remains may be scattered over a large area. Curtice feels strongly about helping locate missing people. Numerous women, men and children have disappeared over the decades throughout the Yakima Valley. With the help of Justice, he hopes to help bring closure to their families.

“I’m very passionate about this. I don’t think anyone should be missing,” he said.

Curtice also wants to identify three Jane Does found in Yakima County. They are a woman whose remains were discovered in a long-idled delivery van in downtown Yakima in July 1977, one who was found near Parker Dam in February 1988 and skeletal remains discovered in a remote part of the 1.3-million-acre Yakama reservation in late 2008.

“I think everyone should have a name,” he said. “It’s our responsibility, if someone is found, to identify them.”

Through his career as a paramedic, Curtice brought medical knowledge to his elected role. Working as a paramedic also helped him develop empathy in telling people that a loved one has died, which has been important to those who have lost family and friends.

Remains of two people who had gone missing were found and identified in 2019, Curtice’s first year in office. Maverick Craig, who disappeared in December 2018, was found in July. Anthony Wahsise Sr., who was last seen in August 2017, was found in early December. The cause and manner of their deaths are undetermined pending further investigation.

In an Aug. 14 post on the Maverick Craig is Missing Facebook page, administrators shared a news story reporting that remains found in late July were positively identified as Craig’s and thanked Curtice and his office “for his condolences and decency to our family throughout this ordeal.”

“We are grateful for you lending humanity to such an inhumane act,” page administrators said.

Curtice’s office, one of the smallest departments in Yakima County in terms of budget and staffing, includes chief deputy coroner Marshall Slight and office specialist Theresa Campbell. “I have a great team,” he said.

Along with scene investigation and circumstances of death, certification of death and control and disposition of the deceased’s personal property, forensic pathology is a key responsibility. Autopsies are performed by a forensic pathologist. A dentist helps with identification.

“Autopsies aren’t cheap, but they’re necessary. We’ve had to use our contingency funds to cover autopsy costs,” said Curtice, whose 2019 budget was about $382,000.

Early in his first year, Curtice was invited to speak before the Yakama Nation Tribal Council. He mentioned his intentions of getting a cadaver dog and talked about the direction he wanted the coroner’s office to go.

That includes becoming accredited by the American Board of Medicolegal Death Investigators. The organization describes itself as a voluntary national, not-for-profit, independent professional certification board established to promote the highest standards of practice for medicolegal death investigators.

After taking a four-hour test in August, Curtice was certified by the organization. That is just part of the process of earning accreditation.

“You have to have 600-plus hours of death investigations. Not just going to the scene, but also research,” he said of getting accredited. “There’s a checklist of over 100 items the coroner’s office has to meet. ... There’s lots of little goals to get to that big goal.”

Accreditation is a big goal for several reasons. For one, it provides a bigger network of people to reach out to, Curtice said. It shows a higher level of professionalism and makes the coroner’s office more attractive for grants.

The coroner’s office could really use a portable X-ray machine, which costs about $40,000. “If we can get a grant for that, that would definitely help the budget,” he said.

Among the coroner’s most important roles is notifying next-of-kin when a deceased person is found. For 2020, Curtice has a new policy of notifying two family members, he said. The change was prompted by the slaying of Alillia “Lala” Minthorn, 25, whose body was discovered May 29 in a remote location on Ahtanum Ridge north of Brownstown.

A witness told investigators Minthorn was shot May 3, according to federal court documents. Witnesses said Jordan Everett Stevens killed Minthorn because she “ratted” on him and another suspect by talking to investigators about an April 30 assault they allegedly committed near a homeless camp outside Toppenish known as The Compound.

Curtice told one family member of Minthorn’s death, but that person did not share the information with other close relatives, including her sister, Tanya Miller. She had created a Facebook page for her sister but didn’t learn of her death until mid-August.

Miller spoke about her sister at the Dec. 1 vigil as Curtice stood nearby.

She still has many questions, Miller said. “I pray there’s justice for all,” she added.

After Miller spoke, Curtice introduced himself and they went outside briefly so he could explain the new policy and why he made the change. Curtice had been in touch with Minthorn’s grandmother and other relatives but had not yet met Miller, he said.

“If someone has been missing for any length of time, we’ll make every effort to have two family members notified,” Curtice said. “So this never happens again.”

YPD: Homicides lower this year, due in part to joint task force operation this summer

They gathered on the sidewalk Thursday in front of the Yakima Inn, just as snow started falling.