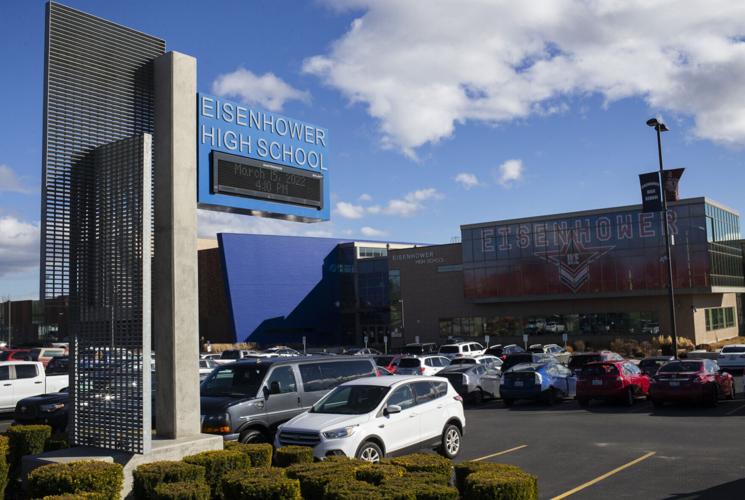 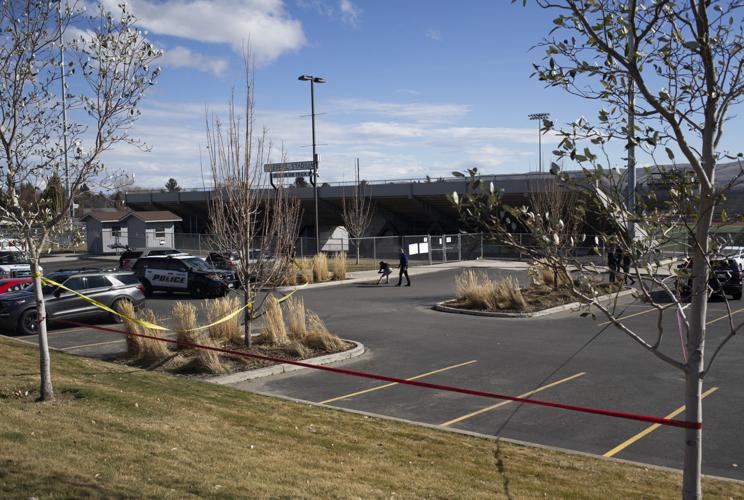 Police investigate a shooting in the parking lot by Zaepfel Stadium Tuesday, March 15, 2022 at Eisenhower High School in Yakima, Wash. 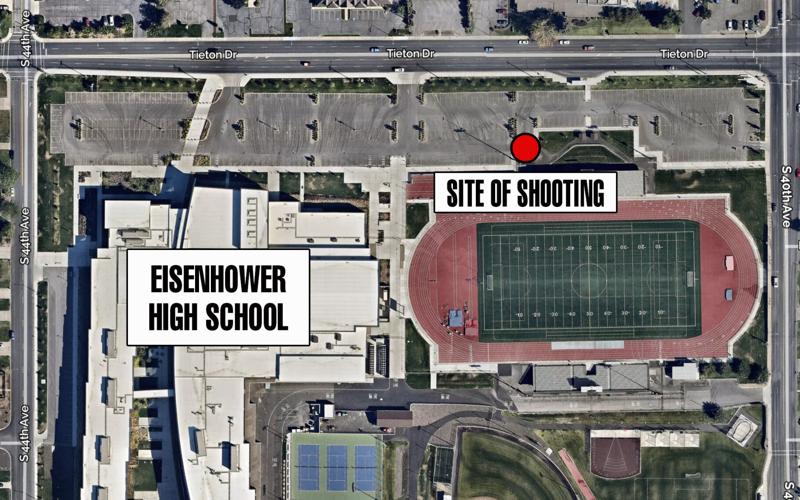 A map shows the approximate location of the shooting that killed a 16-year-old and injured an 18-year-old on March 15, 2022, at Eisenhower High School in Yakima occurred in a parking lot adjacent to Zaepfel Stadium.

Additional details have emerged in a fatal shooting outside Eisenhower High School last week, as the 15-year-old suspect was arraigned Thursday on murder and assault charges.

During the arraignment hearing in Yakima County Juvenile Court, Judge Ruth Reukauf continued the suspect’s $500,000 bail. He entered a not-guilty plea to second-degree murder, nine counts of first-degree assault, and one count each of second-degree unlawful firearms possession and carrying a firearm on school property.

The suspect is accused of fatally shooting his cousin, 16-year-old Shawn Dwight Tolbert, during an altercation between two groups of teens in the high school parking lot March 15.

An 18-year-old Eisenhower student was injured in the shooting, according to court documents.

The Yakima Herald-Republic typically does not publish the names of suspects being tried in juvenile court.

Prosecutors declined to have the suspect tried as an adult, saying that he did not meet the full criteria for the juvenile court to “decline” jurisdiction in the matter. Had the suspect been 16, his case would have automatically been transferred to Superior Court.

To support the additional counts of assault, Yakima police detectives provided 21 pages of interviews with witnesses to the shooting.

Several of the witnesses, including the wounded student, told police that school had just let out and they were in the parking lot hanging out before leaving when a group of four younger teens came walking through the parking lot, according to the court documents, and some were staring at them.

Tolbert was a student at Yakima Online school, while the suspect had just enrolled at Wilson Middle School after attending Yakima Online, police and school officials said.

As that was happening, one of the Eisenhower students had made “monkey noises,” which the witnesses said were not directed at the other group, but got their attention and they came over, the documents said.

Tolbert, the witnesses told police, exchanged words with the group and challenged the 18-year-old to a fight, the documents said. As they were squaring up, the witnesses said the suspect, who was standing near the back of the group, pulled out a gun and began firing, the affidavit said.

Tolbert and the 18-year-old were taken to Yakima Valley Memorial Hospital, and Tolbert was then transferred to Harborview Medical Center in Seattle, where he died from multiple gunshot wounds.

Tolbert’s mother, the documents said, told detectives that the suspect said he fired because he thought the other group was “rushing” Tolbert.

YPD gang detectives arrested the suspect, whom police described as a gang associate. Neither Tolbert nor the wounded teen had gang ties, police said. Police also found the gun, which was not reported stolen and was registered to a woman in Yakima.

During Thursday’s arraignment, defense attorney Jennifer Barnes said she still needed to review information on the case, but said it did not appear to be an intentional assault.

Tolbert’s death is the fifth homicide in Yakima County this year, and the sixth in the county.

Yakima City Council signs on to letter welcoming refugees to the U.S.