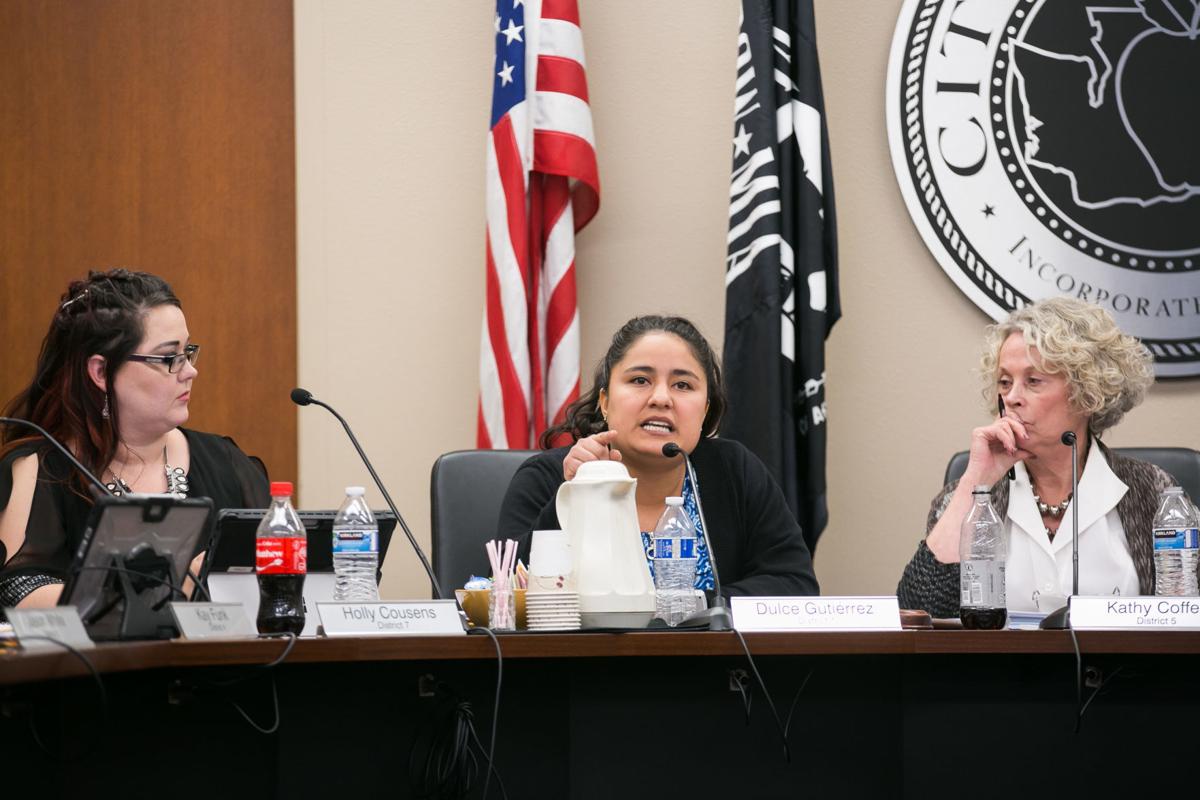 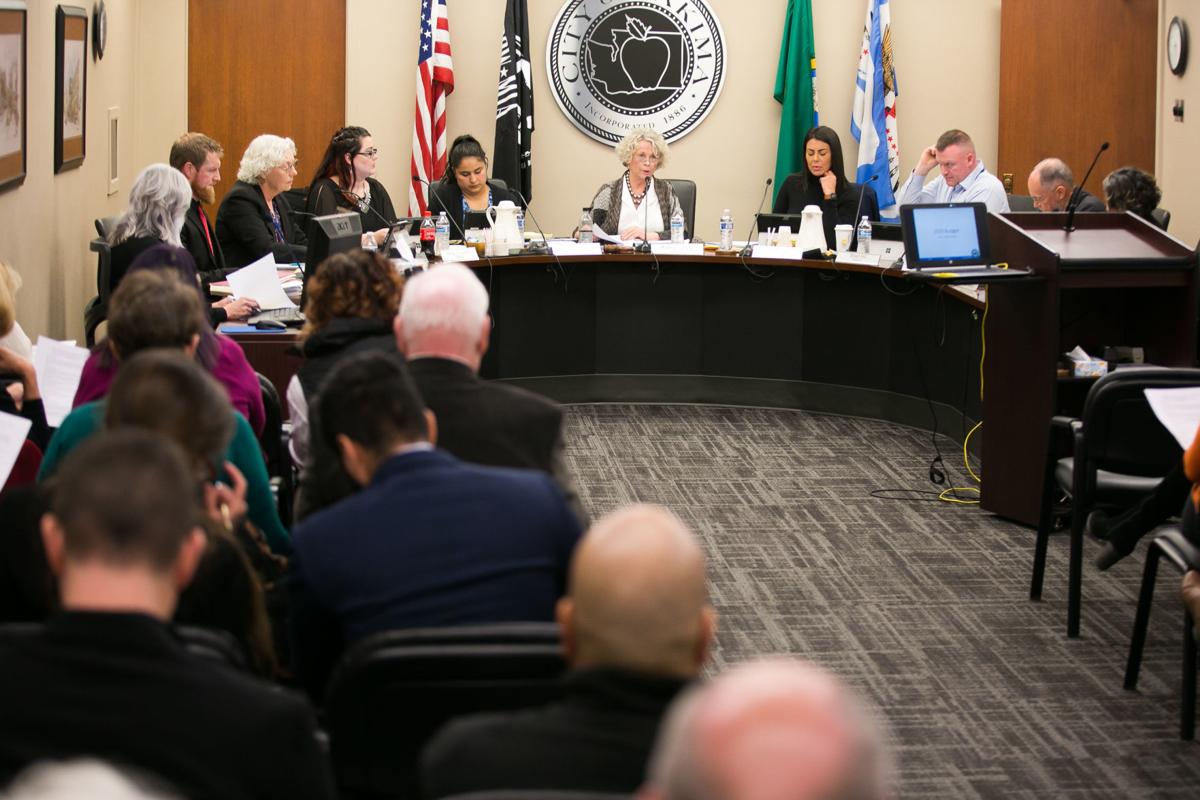 FILE — The Yakima City Council begin its meeting Tuesday, Nov. 5, 2019, at City Hall in Yakima, Wash. The agenda included a discussion on a change to a strong-mayor form of government. 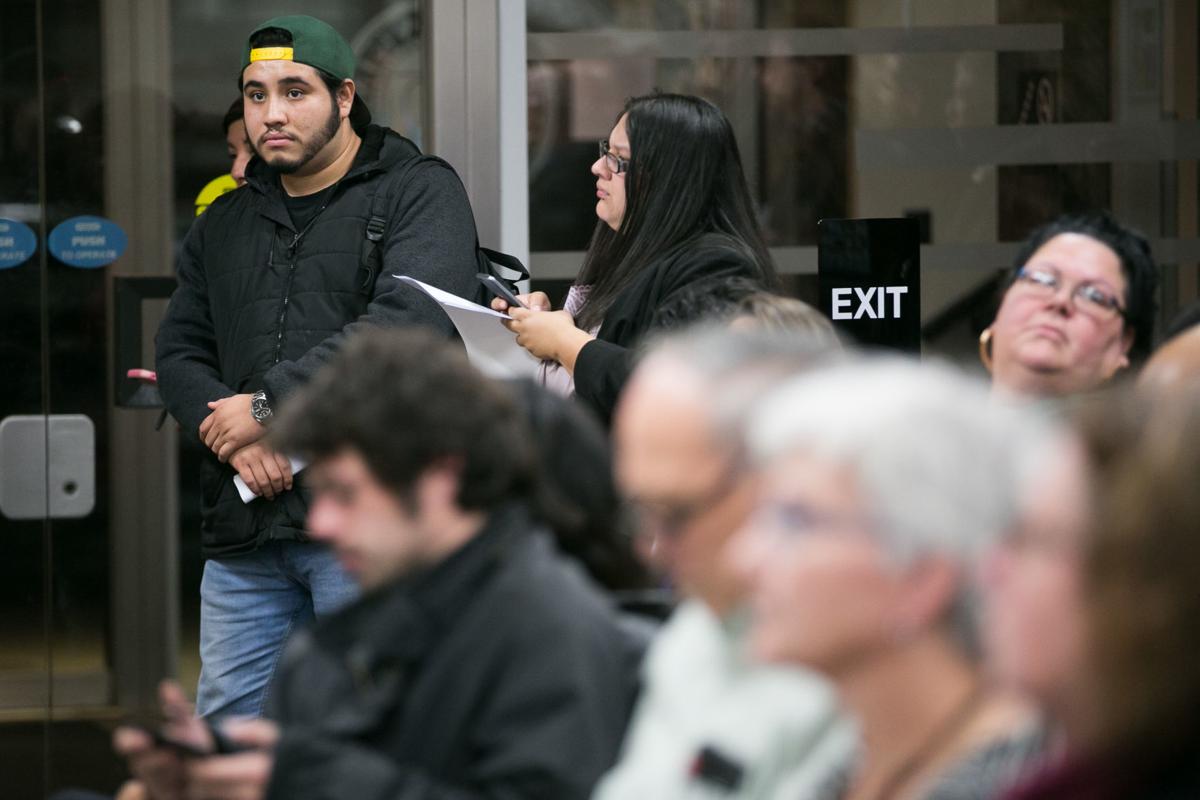 FILE — The Yakima City Council begin its meeting Tuesday, Nov. 5, 2019, at City Hall in Yakima, Wash. The agenda included a discussion on a change to a strong-mayor form of government.

The Yakima City Council will keep talking about a proposal to change the city’s government structure when it meets again on Nov. 19.

The council voted 4-3 on Tuesday to continue discussions about a switch to a council-mayor form of government at a meeting later this month. The vote followed about two hours of passionate public comment and council debate on the topic.

Right now, the city has a council-

manager form of government, in which a city manager runs day-to-day operations. The proposal would replace Yakima’s city manager with a mayor elected at large as the chief executive.

More than 25 people spoke on both sides of the issue.

Opponents say the proposal puts the city at risk of violating a 2014 court ruling in Montes vs. City of Yakima that found Yakima’s at-large voting system violated the federal Voting Rights Act.

Alfredo Gonzalez Benitez, an attorney with Columbia Legal Services, urged the council to reject the charter changes, which he described as a “backdoor effort to weaken the voices of the Latinx community in the decision of who will lead the city.” He said a change could open the city to costly litigation.

“When we erode the opportunities for some voters, we diminish the power of everyone,” he said. “While a strong mayor form of government might be OK in other cities, Yakima is not other communities. Yakima has a history of Voting Rights Act discrimination.”

Community member Jerry Mellon, who said he wasn’t for or against a strong mayor, said he was bothered that the city might make decisions based on a threat of a lawsuit by the ACLU.

Former Yakima City Councilwoman Maureen Atkinson, who served two terms on the council, said she campaigned against a charter change last time it came up in 2011 but supports it now.

“I do understand the value of district-only representation, but we also need elected leadership that’s useful to the city as a whole. A strong mayor implements the policies adopted by a very strong City Council,” she said. “I hope you’ll let the voters decide this important issue.”

She said waiting until Nov. 19 will give people more time to review changes to the charter suggested by the city’s legal department. She said supporters are working on a “new and better” charter amendment.

Mendez said the council is going against voters’ will by bringing the issue up again, and if supporters want the issue on the ballot, they can collect signatures on their own.

“At this council, I’ve made decisions for every single community resident. I don’t make decisions based on what’s the best interest of my district,” she said. “To say we need someone who is going to represent all of us, I will tell you every single decision I’m making is for all of us.”

Gutierrez spoke about her own experiences on the campaign trail, saying she encountered racism as she went door-to-door in her neighborhood.

“They told me to go back to Mexico and critiqued me based on stereotypes of other Latinos they knew or thought they had an understanding of,” she said. “I don’t believe any of my colleagues were told to go to a country they weren’t from. And yet, we persisted.”

She said that four years later, after the dust had settled on the district system, the council wants to change the rules. She said the Montes case wasn’t an ACLU lawsuit, but a Voting Rights Act lawsuit.

Funk also said it would be better for supporters to collect signatures than for the council to place the issue on the ballot. “We might still get sued, but we’d be vastly less vulnerable.”

The Montes lawsuit cost the city of Yakima $3 million in legal fees.

Cousens said she thinks the council needs time to review both versions of the charter change to ensure there’s a polished version. Slowing down the process also gives the public another chance to comment on the matter, she said.

Council members Hill, White and Coffey didn’t speak to the issue before voting.