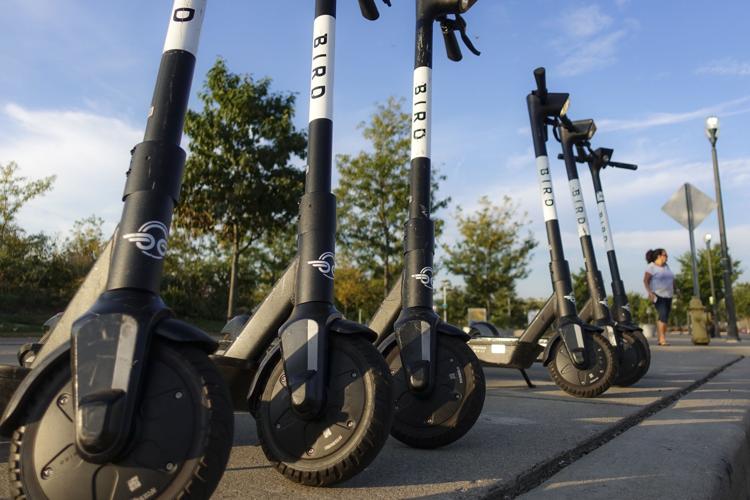 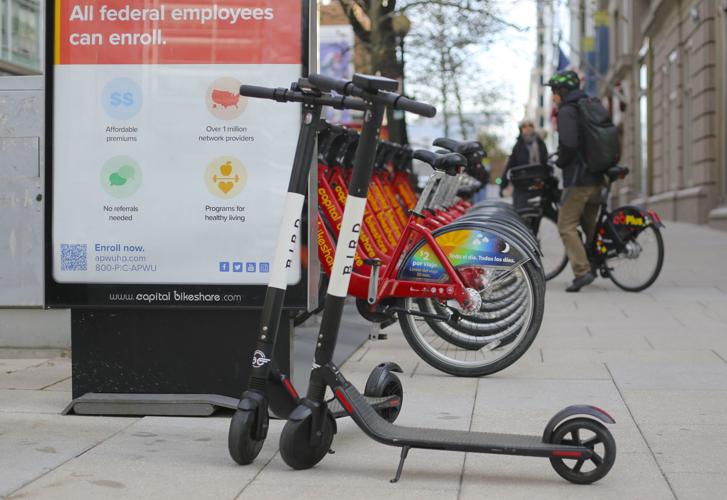 FILE — In this Dec. 6, 2018, photo Bird scooters are parked beside a bike sharing docking station in downtown Washington, D.C. 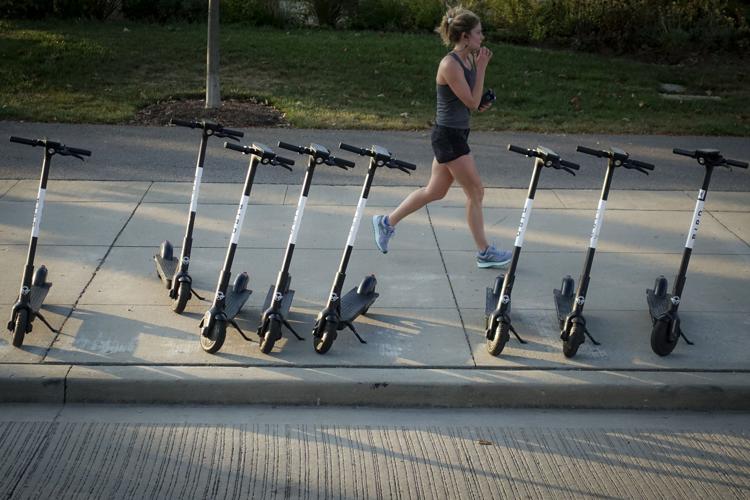 FILE — In this Dec. 6, 2018, photo Bird scooters are parked beside a bike sharing docking station in downtown Washington, D.C.

Yakima’s council wants to give motorized scooters a try downtown.

The city will issue a request for companies to run a pilot program where people can rent e-scooters. The council unanimously agreed to the project after hearing interest from Bird Rides and Lime, companies that operate e-scooter rental programs in other cities around the country.

Council member Soneya Lund said she’s seen scooters and rental bicycles when she’s traveled to other communities, and it might be good for Yakima’s downtown.

“They look like fun and they encourage people to be downtown and play, eat and shop,” she said. “Anything we can do to support our downtown businesses that way, we should do it.”

“Our company has been looking at Yakima for a quite some time as a great place to expand to,” he said. “Benefits of scooters are for tourism and helping people discover the great aspects of the community they wouldn’t otherwise find, the hidden gems of the community.”

He said most cities of Yakima’s size just have one company operating because it helps conserve staff time, makes for a more orderly operation, and assures that “that the program, which is free for the city, is economically viable.”

Assistant Mayor Holly Cousens said the most transparent and fair thing would be to issue a request for proposals.

Council members had a number of questions for city staff and company representatives, starting with liability. City Attorney Sara Watkins said the company is liable for injuries or damage caused by the scooters, though a rider can be liable in some situations. The city could be liable if there’s an issue with street conditions, like a pothole.

There have been issues in other communities with Americans with Disability Act compliance if scooters block sidewalks. The city can require that scooters be placed in certain areas and charge the company a fee if they need to be moved, she said.

Council member Brad Hill said he’s not sure if downtown Yakima is so big that it requires a scooter to traverse, but he is open to a pilot program. If the city finds there are issues or receives too many complaints, it could discontinue the program, he said.

Mayor Patricia Byers asked about helmets, safety and what happens in winter weather. She noted there are many places in Yakima where it can be dangerous for bicycles.

“Having ridden bikes on the streets of Yakima, I know how scary it can be,” she said.

Michael Covato, who represents Bird Rides, said the company would have a small local team that would move the scooters so they are in the right place and not in the way. The company says the scooters should be ridden on the streets like a bicycle, not on the sidewalk, and encourages the use of helmets.

Bird Rides operates in other northern cities. It “hibernates” the scooters in winter weather and brings them back in the spring, he said.

Season of Sharing aims to brighten holidays for more families