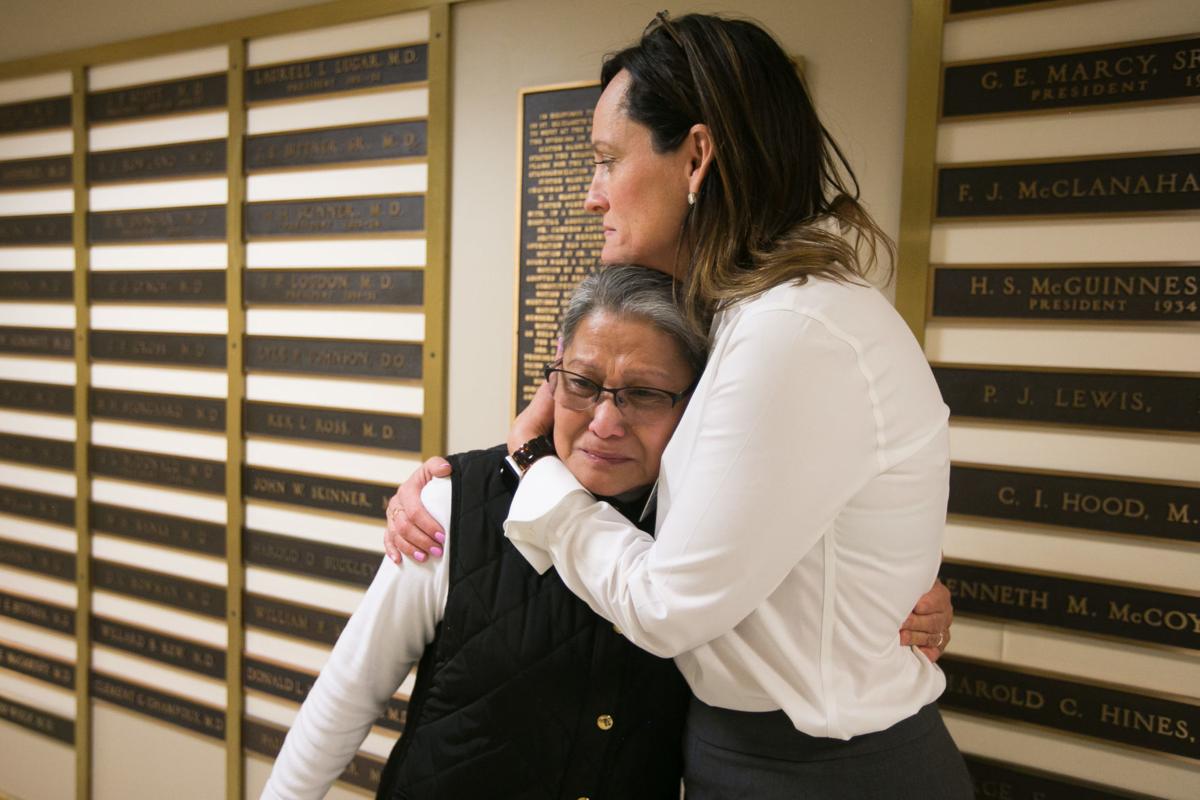 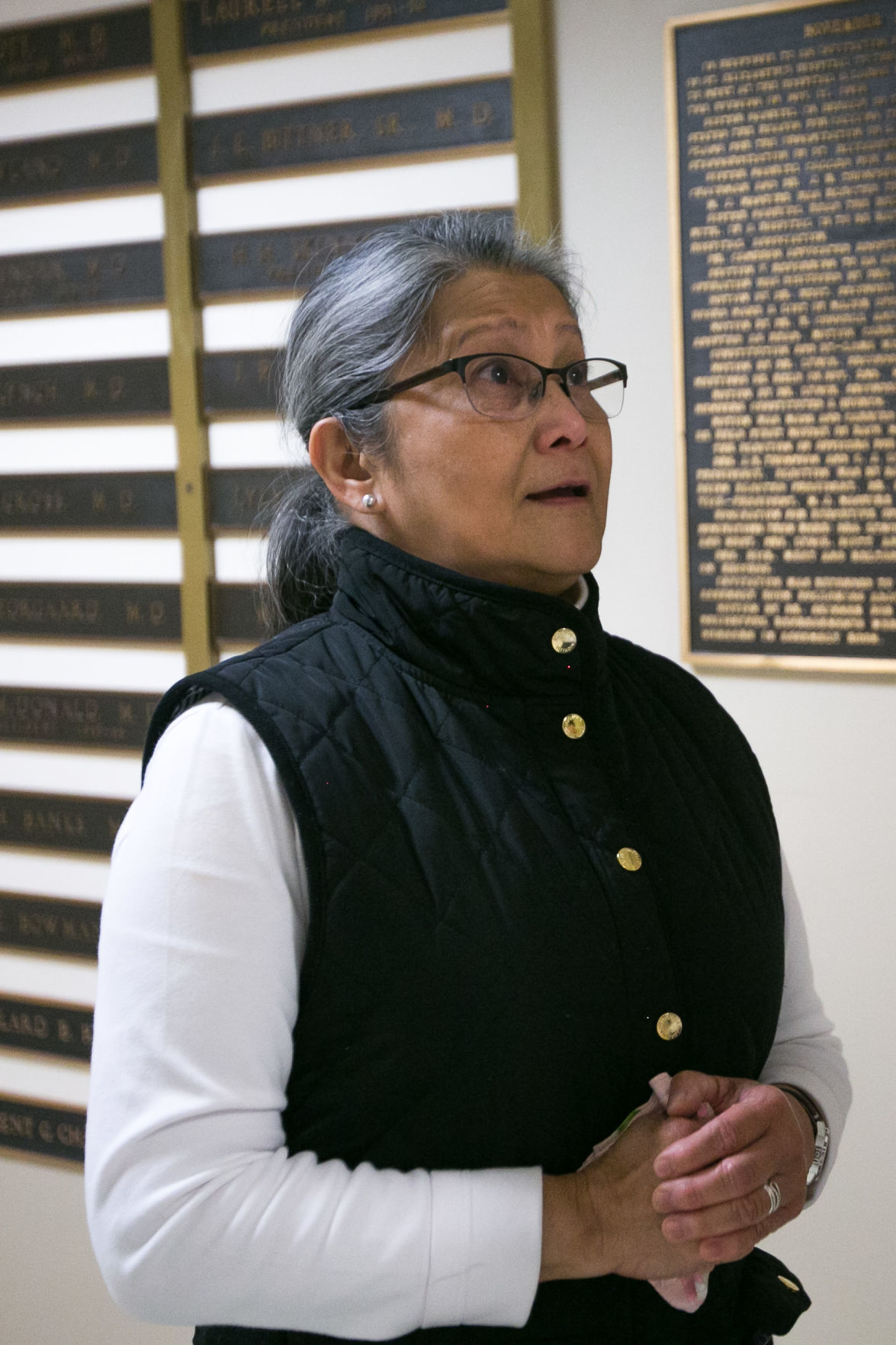 Sister Fe Sumalde greets Dr. Rachel Monick, Emergency Medicine Physician at Yakima Regional Medical Center, not pictured, in front of a memorial to staff physicians who contributed to the development of the hospital Friday, Jan. 10, 2020, at 110 S. 9th Ave. in Yakima, Wash. 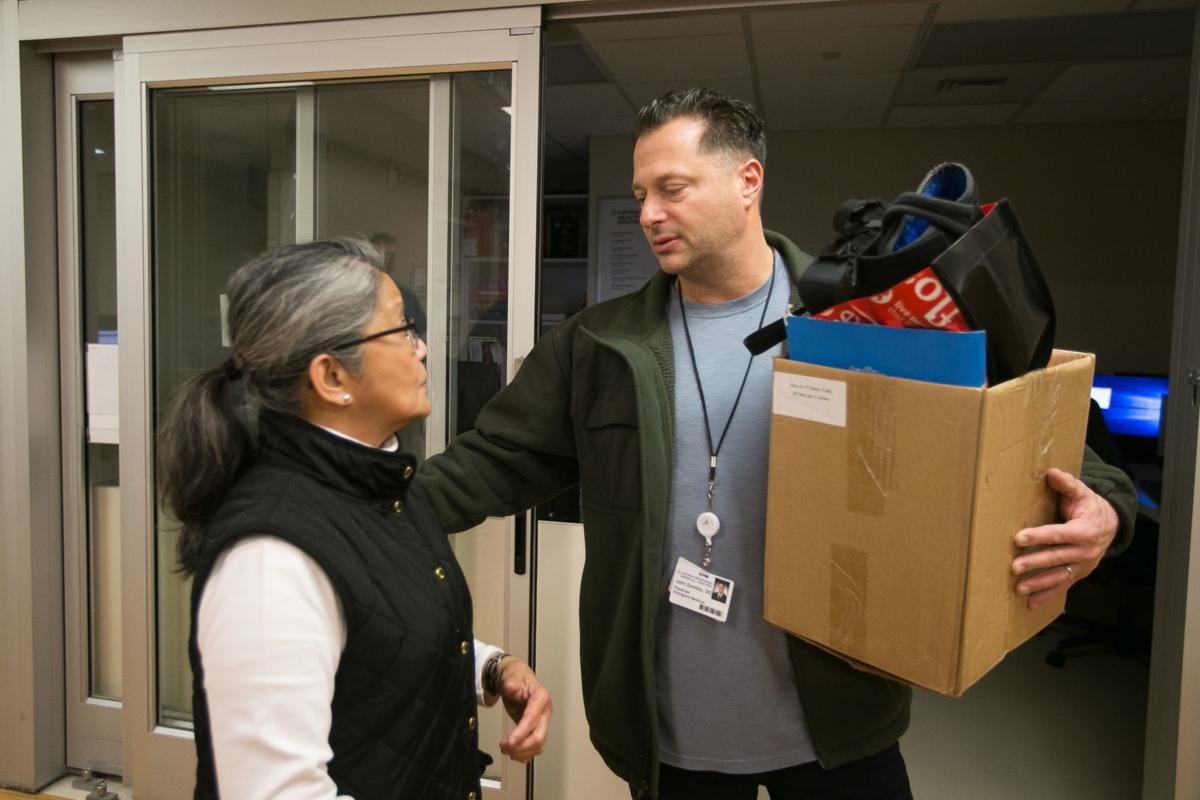 Sister Fe Sumalde greets Dr. Rachel Monick, Emergency Medicine Physician at Yakima Regional Medical Center, not pictured, in front of a memorial to staff physicians who contributed to the development of the hospital Friday, Jan. 10, 2020, at 110 S. 9th Ave. in Yakima, Wash.

Her ministry involved coming in at all hours for traumas in the emergency room, gunshot victims, people going into surgery and those who were dying, offering comfort to them, their families and the hospital staff.

On Wednesday, Sumalde, like the rest of the Yakima hospital’s employees, learned that the hospital was closing its doors in the next two weeks, leaving her and those she ministered to in a state of shock that she’s still trying to cope with.

Her worries are not just for herself and her co-workers.

“I have no answers, but I continue to pray and ask God for his blessing for all of us in this Valley,” Sumalde said.

She is working with her order, the Sisters of Providence, to preserve as much of the history of the hospital, which opened as St. Elizabeth Medical Center.

A native of the Philippines, Sumalde became a novice in the order in 1991, and volunteered as a patient representative at St. Vincent Hospital and Medical Center in Portland, according to the order’s website. She took training to become a certified nursing assistant, but an injury closed that path and she instead went into pastoral care, training as a chaplain at Providence Portland Medical Center before coming to Providence Yakima Medical Center.

At that time, she was one of six people providing pastoral care at the hospital. When the hospital got new owners in 2003 and became Yakima Regional Medical and Cardiac Center, she became the sole chaplain, and that meant being on call 24 hours a day.

Through the years, she’s offered comfort, hope and prayers for patients and their families, as well as the hospital staff and the first responders. She also serves as a liaison between the hospital and the faith community.

The hospital, she said, was like a “first home” to her, and the staff, from the surgeons to the housekeepers, were family.

“All the people who work at Regional are the pillars of the institution,” Sumalde said.

She was working with a patient who was being transferred Wednesday when she learned that the U.S. Bankruptcy Court had approved Astria’s plans to shutter the hospital. The news caught her and the rest of the staff off-guard, who were under the impression that things were going to get better.

“This community did not even expect this to happen,” Sumalde said. “It will take time for all of us to recover from this.”

As she had countless times through the years, Sumalde offered comfort and prayers to her colleagues and shed tears with them. But she acknowledged that this time she was a “broken healer.”

She has sought counsel and comfort from retired nuns in the area, as well as in prayer, seeking God’s guidance on what to do. While she doesn’t know where that will lead, she said she is determined to continue to serve people.

She is working with the archivist for the Sisters of Providence to preserve the historical documents, photos and artifacts from the hospital, which the order first opened in 1891. But one has already been lost. A statue of the hospital’s original namesake, St. Elizabeth, was vandalized recently.

Her prayers are not just with her co-workers, but with everyone, including the staff at Virginia Mason Memorial hospital, whom she fears will be overwhelmed as they take on the task of being the sole hospital in the Upper Valley.