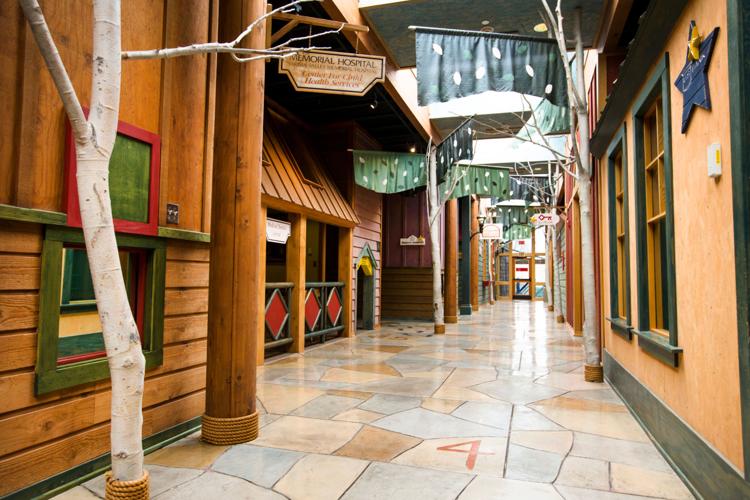 A hallway, designed to look like a street with storefronts, is seen at the Children's Village in Yakima, Wash. on Wednesday, April 5, 2017. (JAKE PARRISH/Yakima Herald-Republic)

The Children's Village medical center at 3810 Kern Road in Yakima. 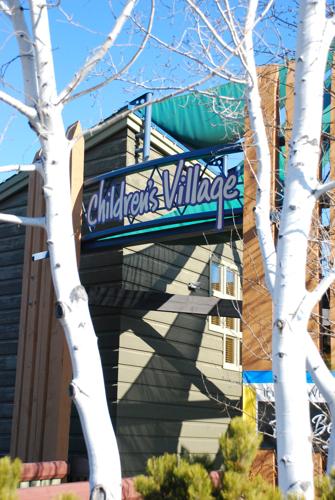 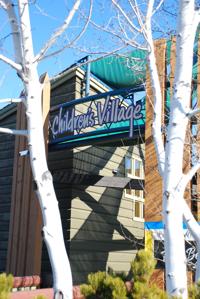 The main entrance at Children's Village medical facility in Yakima. 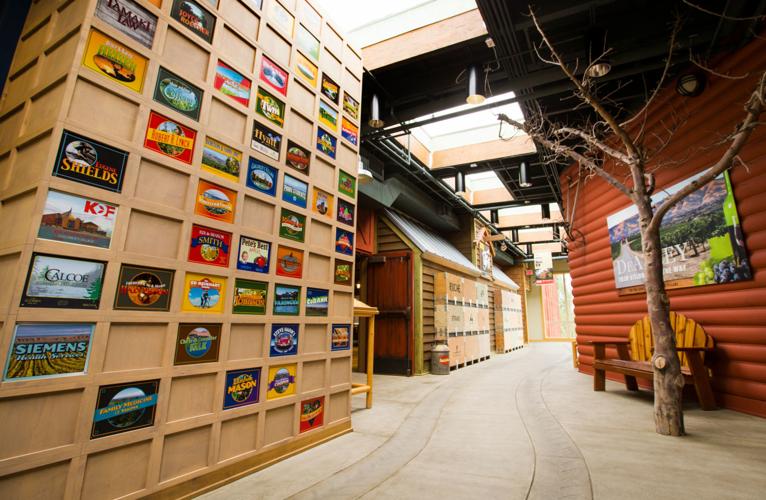 The names of donors are seen on a wall in the Children's Village in Yakima, Wash. on Wednesday, April 5, 2017.

A hallway, designed to look like a street with storefronts, is seen at the Children's Village in Yakima, Wash. on Wednesday, April 5, 2017. (JAKE PARRISH/Yakima Herald-Republic)

The Children's Village medical center at 3810 Kern Road in Yakima.

The main entrance at Children's Village medical facility in Yakima.

The names of donors are seen on a wall in the Children's Village in Yakima, Wash. on Wednesday, April 5, 2017.

A campaign to improve health care for Yakima Valley children is more than halfway to its goal, and organizers are optimistic the community can provide the rest of its funding.

“The CHAMPS campaign will fundamentally change how Children’s Village and the Family Birthplace serve our loved ones and neighbors,” Black said.

The campaign has three primary goals to improve services and access to medical care for Central Washington children and families:

“The CHAMPS campaign will significantly impact the way we can serve children and their families,” said Laura Crooks, CEO of Children’s Village. “Once the campaign is fully funded, thousands of children in the community will have access to more specialty care services, which will help them live their fullest lives.

“Specialists come over from Seattle to provide cardiology, neurology, gastroenterology and other specialized services, including therapy and behavioral health,” she said. “Right now, the wait times for these services are as long as nine to 12 months.”

The demographics of Yakima County contribute to the wait times and need for more pediatric care, she added. According to the 2020 Census, 29% of the county’s population is younger than 18, compared to 21.8% in all of Washington state. The majority of all residents in the county, 50.2%, are Hispanic or Latino, compared to 13% statewide.

While about half of the pediatric specialist appointments happen in children’s homes, ideally more could take place at Children’s Village, a medical center at 3801 Kern Road in northwest Yakima that opened 25 years ago to serve children with special health and development needs.

The local, nonprofit Memorial Foundation is its fundraising arm.

The increase in patients and appointments at Children’s Village has been dramatic. The medical center saw 2,779 patients in 2014 at 7,827 appointments. By 2021, it served 9,560 patients through 43,398 appointments, according to campaign literature. Early intervention services increased by 220% from 2013 to 2019.

The facility would add space on its west and north sides, Children’s Village CEO Crooks said.

“Plans are underway, they’re drawn up, and if the fundraiser is a success, we hope to start construction in the spring,” Crooks added. “That would be great — we’d be able to bring (additional) services sooner to those families.”

Besides increased appointments for orthopedics, cardiology, neurodevelopmental, neurology and gastroenterology, Crooks is hoping Seattle Children’s Hospital specialists in urology and ear, nose and throat treatments could make trips to the Yakima Valley.

“It’s at least a 2½-hour drive for families, for what in some cases is a 15- to 20-minute appointment,” Crooks said. “We could bring those doctors here and fill out their schedules all day long, so families wouldn’t have to travel so far.”

The Family Birthplace at Memorial is the only Level III birth center in Central Washington, Black said, meaning patients with high risk and complications are often transferred there from other community hospitals in the Lower Valley and Kittitas County.

When patients greater than 20 weeks gestation come to the Memorial ER, they are sent to the Obstetrical Emergency Department and seen by an OB hospitalist, Black said. In 2021, 4,721 such patients were seen at the Family Birthplace.

Memorial also has the only neonatal intensive care unit in the region and serves as the region’s Children’s Miracle Network Hospital, according to campaign literature.

She noted the “Panda Warmer” resuscitation stations immediately warm the baby as pediatric teams assess and evaluate the infant, and can provide quick delivery of neonatal resuscitation.

Statistics indicate 10.59% of newborns in 2021 received resuscitation at delivery.

“The best part is the equipment moves — not the baby,” Black said of the mobile Panda Warmers.

Both Black and Crooks were optimistic about the recent news that MultiCare Health Systems will acquire Yakima Valley Memorial Hospital in 2023.

As the acquisition was announced Oct. 21, MultiCare CEO Bill Robertson mentioned pediatric care as one of the areas targeted for improvement in Yakima. The health care system includes Mary Bridge, a children’s hospital in Tacoma.

“When MultiCare comes here, there may be other services they’re able to bring, and that’s exciting for us,” Crooks said. “They have Mary Bridge children’s hospital and they know about serving children with special needs.”

The CHAMPS fundraising campaign began at the beginning of 2020, Black said, just before the COVID pandemic caused the effort to be pared back a bit.

Since then, many one-on-one meetings with local businesses and longtime supporters of the Memorial Foundation helped the effort get off to a strong start, she said.

“Now we’re making this more widely known and calling for the community’s assistance,” Black added. “We already have a lot of support and are confident we can get this done.”

More information about the fundraiser is available at champscampaign.org.