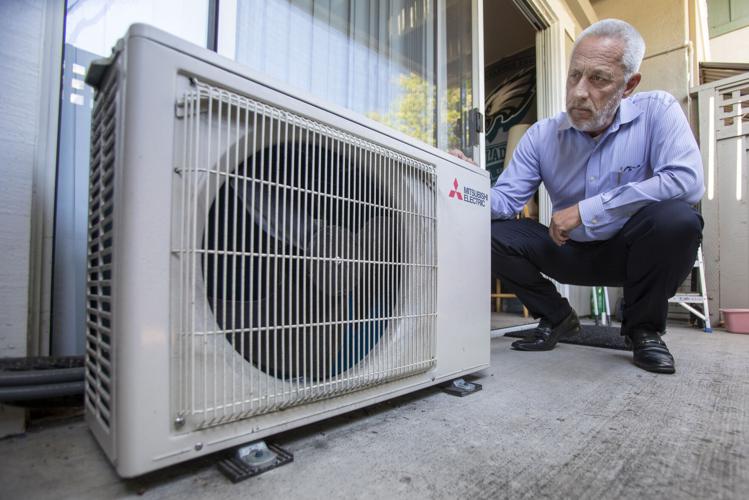 Scott Mellborg, a program manager for the city of Palo Alto, checks out an electric-powered heat pump at apartment building in Palo Alto, Calif., May 3, 2022, where all utilities were converted over to electric. 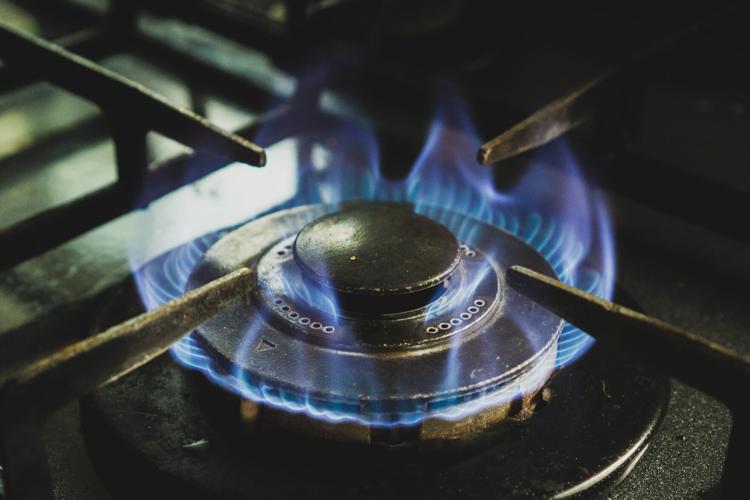 Scott Mellborg, a program manager for the city of Palo Alto, checks out an electric-powered heat pump at apartment building in Palo Alto, Calif., May 3, 2022, where all utilities were converted over to electric.

After much debate, a proposal to require heating systems and water heaters in new homes be powered exclusively by electricity rather than natural gas may be dropped from new Washington state construction rules.

The 15-member council is expected to vote Friday on rules requiring heat pumps to warm space and water in new Washington residences, among other provisions in the 2021 Washington State Energy Code.

Heat pumps differ from furnaces in that the later typically generate heat by burning natural gas or heating oil, while heat pumps extract warmth from the air or ground.

Unlike a previously proposed revision to the code, the proposal now under consideration requires “that space heating be provided by a heat pump — either gas or electric — as a method to reduce greenhouse gas emissions and save energy.”

Two public hearings, on Sept. 29 at Yakima City Hall and on Oct. 14 in Olympia, included hundreds of oral comments on both sides of the heat pump issue, and more than 100 written comments also were received both for and against the code changes, SBCC officials said.

Most of those comments addressed a potential natural gas ban. Many speakers, including members of the Yakima-based 350 Climate Action group and the statewide Washington Physicians for Social Responsibility, noted both the health risks of burning gas in the home and that fossil fuels contribute to climate change and global warming.

Others, including many in the home building industry, argued the requirements would hamper the construction of new homes and make home ownership more costly and difficult for Washington residents.

“(The proposal) is a continuation in the ideals of saving energy, but there is more to life than idealism,” said Dennis Davis, a Walla Walla HVAC contractor. “I am concerned with these updates adding tens of thousands to the price of new homes. Coupled with the increase in mortgage rates, we’re pricing too many out of the market.”

“We cannot afford to eliminate (gas) as a fuel source just by flipping a switch,” said Daimon Doyle, vice president of the SBCC. “The grid can’t take it.

“Upper Kittitas County does not have the capacity to switch over to electric heat and water. That would probably cause a moratorium on building there. We’re just not ready,” Doyle added. “I want to see us move away from fossil fuels over time, but we just can’t do it overnight.”

Council member Al French, from Spokane County, said the elimination of natural gas as a heating option would drive home construction across the border into Idaho, prompting many Spokane County residents to relocate there and drive back into Washington for their jobs.

French also noted that ice or snowstorms could derail the state’s energy grid when it would be needed most to provide heat, without natural gas as an alternate power source for heating residents’ homes.

“You judge good policy not by its intent, but by its impact,” French said. “And the impact is you’re running the risk of putting people in harm’s way, and actually creating more environmental damage (from motor vehicle exhaust) than you would be by keeping natural gas.”

Other council members said the point of the proposed heat pump requirement for heating homes and their water supply is improved energy efficiency, as required by several bills approved by the Legislature.

“It seems very clear we’re talking about two separate problems,” council member Todd Beyreuther said. “You have to look at the trend of where (energy sources) are coming from, and make sure our long-term investments at the residential level are appropriate to where we’re going.”

Two comments from International Brotherhood of Electrical Workers union representatives which were made at the Sept. 29 Yakima public hearing received much attention during the SBCC’s Oct. 21 work session.

Christine Reid, political director of the International Brotherhood of Electrical Workers Local No. 77, said it takes thousands of hours to create a qualified workforce to build, operate and repair electrical power lines and substations.

Her colleague Mike Brown, the union’s assistant business manager and a former lineman, also worried the switch toward electrification would stress the existing grid.

“The grid is already taxed and this will necessitate additional infrastructure during a time of labor shortage and supply chain difficulties,” Brown said. “You also need to look at the siting of new lines and acquiring real estate. It takes 15 to 20 years to build new lines.”

“My focus is on the testimony from the IBEW, that our grid is not prepared to take on electric heat only,” council member Craig Holt said. “It’s not that (the rule proposals) are bad, but I think they’re premature, and the grid system in some places, Seattle included, are not ready to take this load.”

Wilson, the state senator from Vancouver, said the electric grid and ability of builders to access enough electric power for heat pumps are among several “real-world” issues that need to be addressed before restrictions on natural gas use take effect.

“You can easily defer this for another year or two or three,” she said. “We don’t need to be doing such a large move today, because I don’t think we want people to fail.

“We don’t want to set up our housing industry to fail if they can’t meet the (requirements) you’re proposing here today, as well as all of the costs involved that are basically increasing the cost of all housing.”

Other board members argued that natural gas could still be allowed under some conditions, and that builders already are using heat pumps — however they are powered — in 60% of new residential construction.

Jay Arnold, a council member and deputy mayor of Kirkland, said concerns about the power grid is an issue for the state’s Utilities Commission to address. Arnold said his discussions with Pacific Power representatives indicate that their system only falls short of power a handful of days each year.

“I think there’s a way we can move forward … that meets our efficiency standards and deals with the feedback we’ve been hearing about climate change concerns, while still delivering reliable home heating and, through heat pumps, cooling — which is becoming much more of an important issue as we deal with wildfire smoke,” Arnold said.