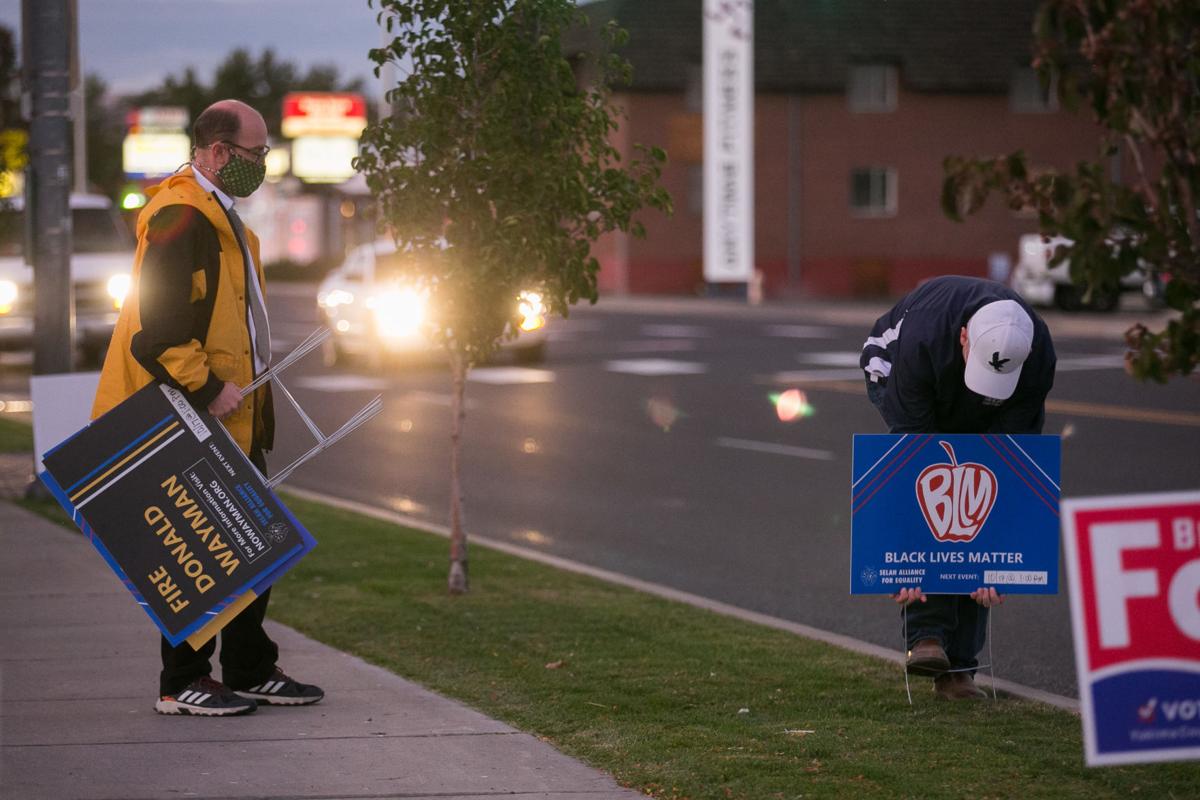 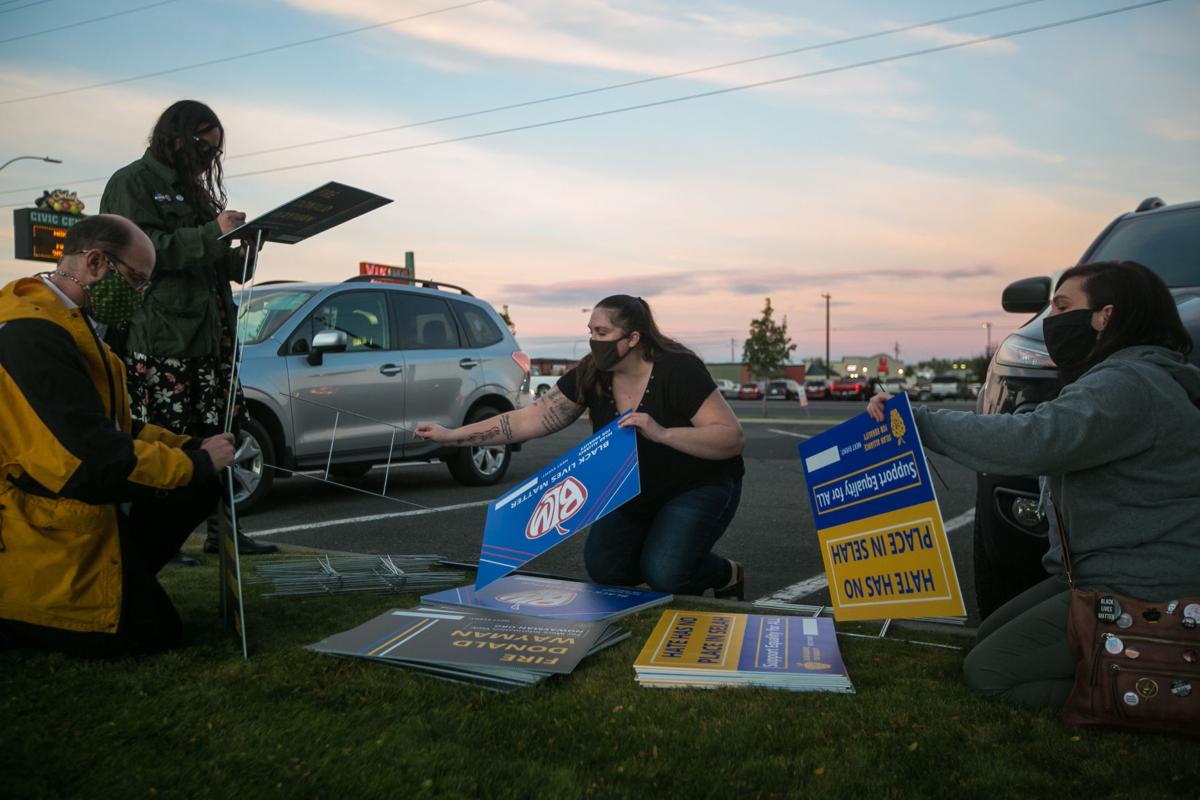 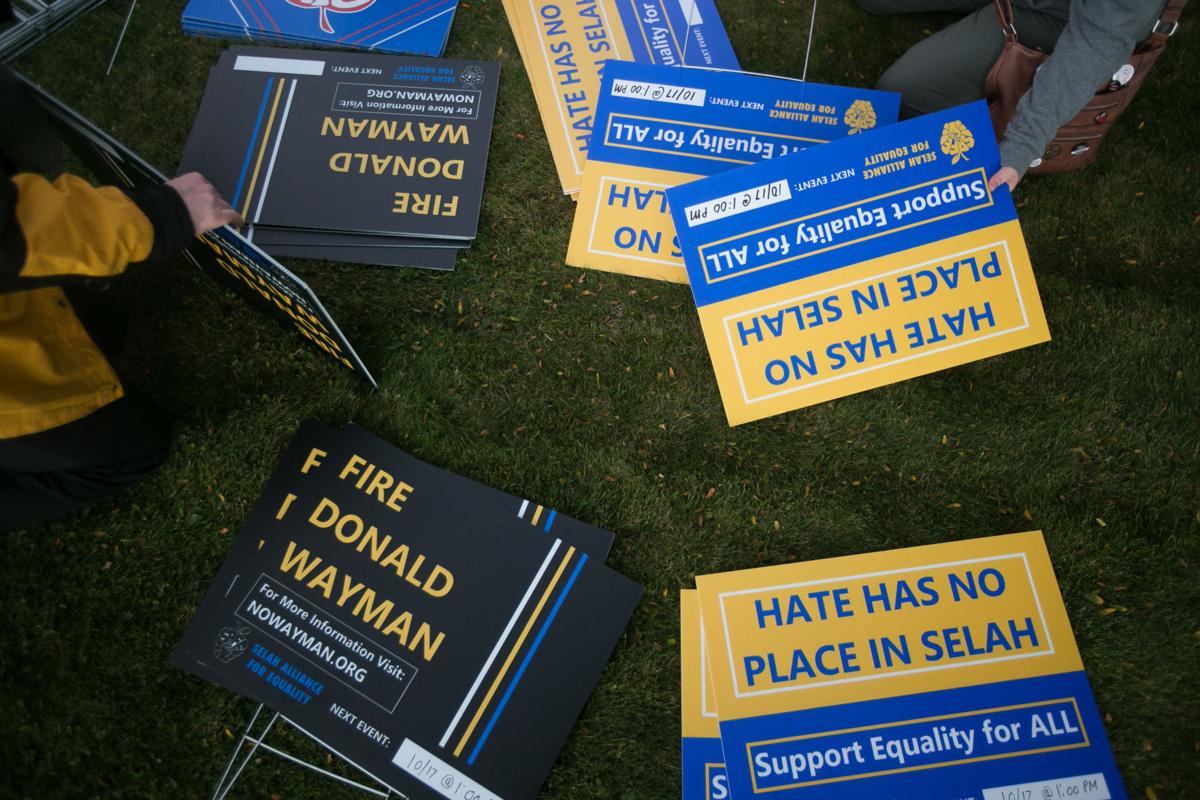 The letter from Joseph Cutler on behalf of the Selah Alliance For Equality to the city’s attorney comes two days after Wayman and Raymond dressed down City Council members who questioned why Wayman and Mayor Sherry Raymond were targeting SAFE’s signs but leaving other signs undisturbed.

Cutler said such selective enforcement and interpretation of the sign ordinance violates free-speech guarantees in both the U.S. and state constitutions.

“The law is clear,” Cutler said. “The Supreme Court, both in this state and nationally, have addressed this issue.”

If the city does not amend its ordinances and return SAFE’s confiscated signs, Cutler said he “will not hesitate to file suit” against the city and seek a restraining order.

Wayman and City Attorney D.R. “Rob” Case both said the city is reviewing Cutler’s letter and declined to comment further on the allegations.

SAFE members have been posting signs that promote the Black Lives Matter anti-police-brutality, anti-racism movement and call for Wayman to resign or be fired in yards and along city streets alongside campaign signs.

Wayman has been a target of criticism since June, when he said Black Lives Matter was a “neo-Marxist organization” engaging in “communist indoctrination.” He also called local supporters of the group a “left-wing mob” that was “devoid of intellect and reason.”

SAFE members say city public works crews, and later Wayman himself, have removed the signs from along city streets, and encouraged residents to do the same.

City officials have cited the city’s sign ordinance that requires permits for signs but makes exceptions for political signs that advocate for a candidate or a ballot issue.

“We understand that Mr. Wayman, and others in city leadership, object to the signs’ messages,” Cutler wrote in his letter to Case. “However, (Wayman’s) personal beliefs or objections do not justify his confiscation of these signs, which the evidence shows he did in his capacity as city (administrator), driving a city vehicle, during work hours.”

Cutler said it is the latest round of Wayman and other city leaders targeting comments critical of the city administration. Earlier this summer, public works crews were directed to erase chalk art that supported Black Lives Matter, and the city has barred people from making comments at council meetings that directly criticize Wayman and Raymond, Cutler said.

Both the U.S. Supreme Court and the state Supreme Court have struck down ordinances that contained content-based restrictions on sign display and placement, Cutler said. He said Selah’s ordinance does the same, defining political signs as being for a candidate or cause on the ballot, and limiting them to a specific window of time before and after an election.

Cutler said SAFE members have observed signs for yard sales, real estate investors and home painters posted in rights of way and similar places to the SAFE signs that were allowed to remain in place. A recent drive down Selah’s First Street showed signs for home sales, haircuts and insurance benefits, along with political candidates.

For a sign regulation to pass constitutional muster, Cutler said it can only restrict signage in content neutral ways, such as time, size and location, with the regulations applied to all signs regardless of conduct.

SAFE’s messages, Cutler said, are political because they deal with the actions of elected city officials — Raymond has the authority to fire Wayman — and the Black Lives Matter movement is a political cause with national, state and local ramifications.

Cutler also discussed City Prosecutor Margita Dornay’s decision not to charge residents who took down SAFE signs at Wayman’s direction. Dornay said Selah did not incorporate a state statute making sign theft illegal into the city code and that the signs did not constitute advertising.

“Just because Selah did not incorporate a portion of the (state law) does not make the conduct illegal,” Cutler wrote. “The question is simply one of jurisdiction: the Yakima County Prosecuting Attorney’s Office, instead of the Selah Prosecuting Attorney’s Office, would file charges against these individuals, which is why the city should encourage the county prosecutor’s office to assist in enforcing this law.”

At Tuesday’s council meeting, Councilwoman Suzanne Vargas said she had asked Raymond about the issue before, and posed her concerns about equal enforcement to her and Wayman at the meeting to have the matter discussed publicly for transparency.

Raymond and Wayman have been taking down the signs, Vargas said, which caused concerns that they were selectively taking down SAFE signs while ignoring others that were in violation of the city ordinance, and only doing it on streets they drove on.

“I think with the council setting the policy, the expectation is that the enforcement is going to be equal, and that is a concern for all of us,” Vargas said. “I also fear the risks of lawsuits and further division in our city.”

Wayman said he had directed public works employees not to touch the signs, saying he would take down the signs himself. That move was made because, Wayman claimed, people were filming those removing the signs and “vilifying them on the internet.”

He said Vargas could have had her concerns addressed with a single phone call to him.

“If you have concerns about selective enforcement, you could call once to me, the city attorney or the mayor rather than bringing it up in council meeting,” Wayman said. “You are blindsiding us.”

Councilman Russ Carlson also raised concerns about the unequal enforcement, noting that other non-campaign signs appeared to remain up indefinitely, and this round of enforcement began when SAFE’s signs sprung up.

Raymond said the city is in new territory, dealing with signs she says directly attack a city official.

“How would you like it if someone put up signs with your name on them?” Raymond asked Carlson.

“I wouldn’t like it, but I would respect people’s rights to say what they want,” Carlson said.