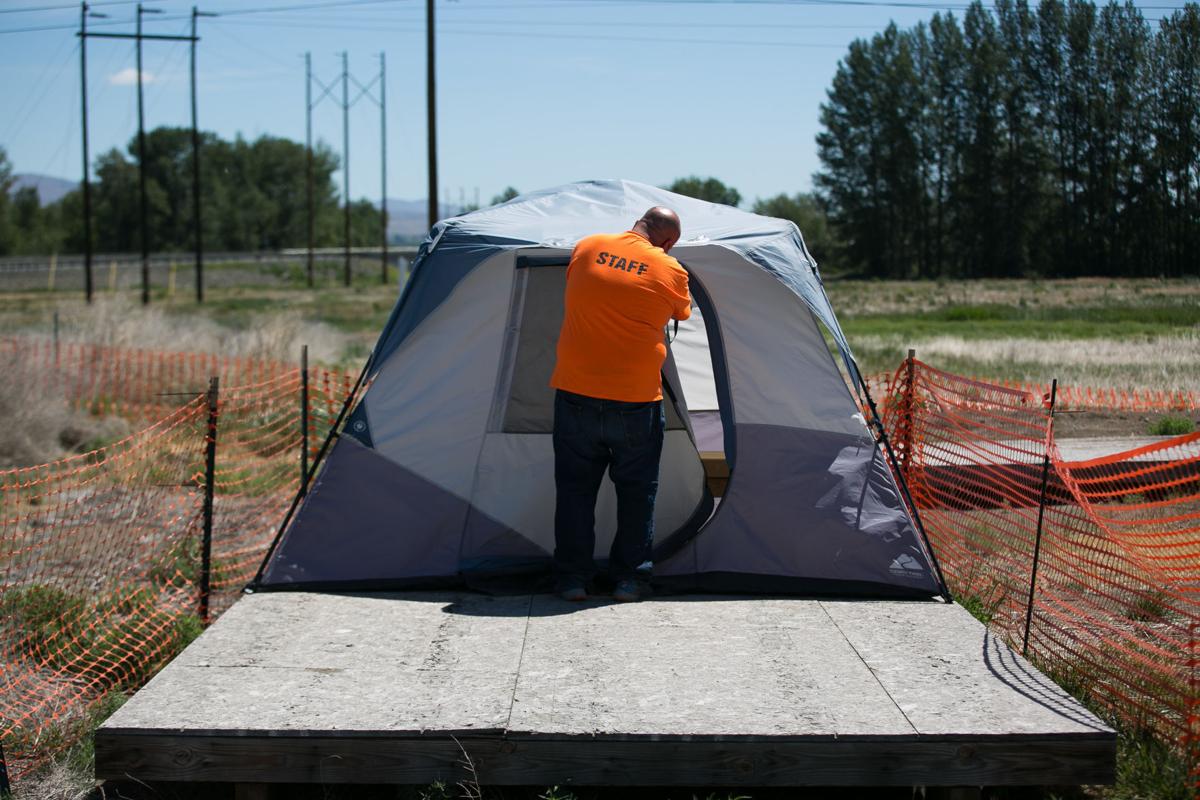 Camp Hope Director Mike Kay opens a tent that has been designated for people who test positive for COVID-19 Thursday, June 18, 2020, at Camp Hope in Yakima, Wash. The tent is near the edge of the homeless encampment away from isolation units and the camp’s general public. 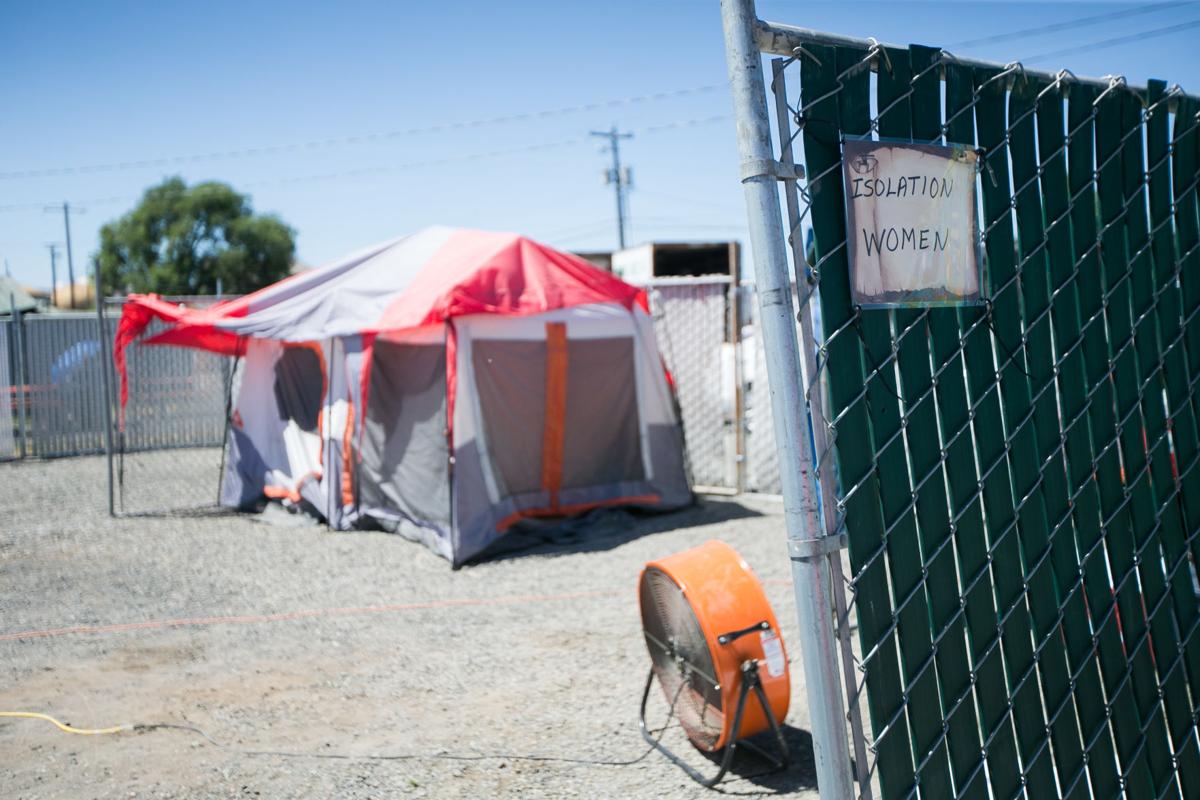 Camp Hope Director Mike Kay opens a tent that has been designated for people who test positive for COVID-19 Thursday, June 18, 2020, at Camp Hope in Yakima, Wash. The tent is near the edge of the homeless encampment away from isolation units and the camp’s general public.

Washington state’s eviction moratorium is set to expire June 30, and Yakima-area advocates are bracing for a surge in homelessness.

Scott Thielen, vice president of client services at the Yakima Union Gospel Mission, said the wave has been held back by the ongoing extension of the moratorium. Renters could be crushed by the weight of debt once they’re required to back pay months of accumulating rent.

“We fully expect that once that moratorium finally ends, we’re likely to see people out on the street,” Thielen said.

That’s the unintended consequence of a moratorium that’s gone on this long, he said.

The moratorium, which went into effect last March, prevents landlords from evicting tenants for failure to pay rent during the COVID pandemic. It also requires tenants to pay back any past rent once it lapses. It has been extended multiple times at the state and federal level, and is set to expire June 30.

“Sooner or later, we’re going to see a ripple effect from being shut down for months and people not having jobs and being able to pay rent,” Kay said.

He added that he’s already seen some of the impact.

“It’s difficult to quantify exactly how many more people have become homeless in Yakima since the start of the pandemic, but we’re already seeing a lot more people who are visibly homeless than we have in the past,” he said.

Yakima’s lack of affordable housing, an ongoing crisis that began before the pandemic, is exacerbating the problem, Kay said.

Washington state saw one of the biggest estimated increases in people experiencing homelessness in the country between 2019 and 2020, at 6.2%, or 1,346 people, according to new figures from an annual report to Congress by the U.S. Department of Housing and Urban Development.

Landlords have been vocal about their own struggles throughout the moratorium, and Kay and Thielen say they are sympathetic to those issues, too.

“Landlords have been really patient and have suffered alongside renters in some ways,” Kay said.

Thielen echoed Kay’s sentiments. “For a lot of landlords, that’s their livelihood. They still have to pay property taxes, insurance, utilities and a mortgage. ... A rental moratorium was a great idea but I don’t think it was completely thought out, because there just wasn’t time,” he said.

In Yakima, some landlords received rental assistance from the Yakima County Department of Human Services, which distributed $2.5 million in funding to local property owners and renters throughout the pandemic. Area churches and nonprofits also have provided financial help.

Craig Smith, a lawyer and former attorney for the Yakima Valley Landlords Association, said that assistance has been limited. Smith estimates that 15% to 20% of landlords have received money to help pay their outstanding bills.

“Landlords feel they’ve been asked to bear the brunt of this matter. A lot of them are not getting rich off 200 or 400 units. ... In Yakima, the average landlord is a widow with a fourplex,” Smith said. “They’re counting on that money for their livelihood or retirement, and they still have to pay property taxes and other expenses.”

Smith noted that eviction can be a lengthy and challenging process. He says he’s received calls from judges concerned about a flood of eviction cases that could overload area courts.

“There could be a substantial number of cases that will require multiple hearings. ... There is already a pent-up number of delayed cases and there may be an avalanche,” he said.

Rick Glenn, secretary at the Yakima Valley Landlords Association who owns several rental properties across Yakima County, says he’s lost over $100,000 and knows several landlords who have left the business or sold their properties during the moratorium.

“Most people can’t survive this,” Glenn said. “The assistance that’s been provided to landlords has been very minimal.”

Glenn says he’s sympathetic to renters, but wants a compromise that could work for both landlords and tenants.

“I’m not in the business of making people homeless,” he said. “If the government doesn’t work to keep the rental industry alive, there’s going to be a huge problem. How else we can meet the need for housing?”