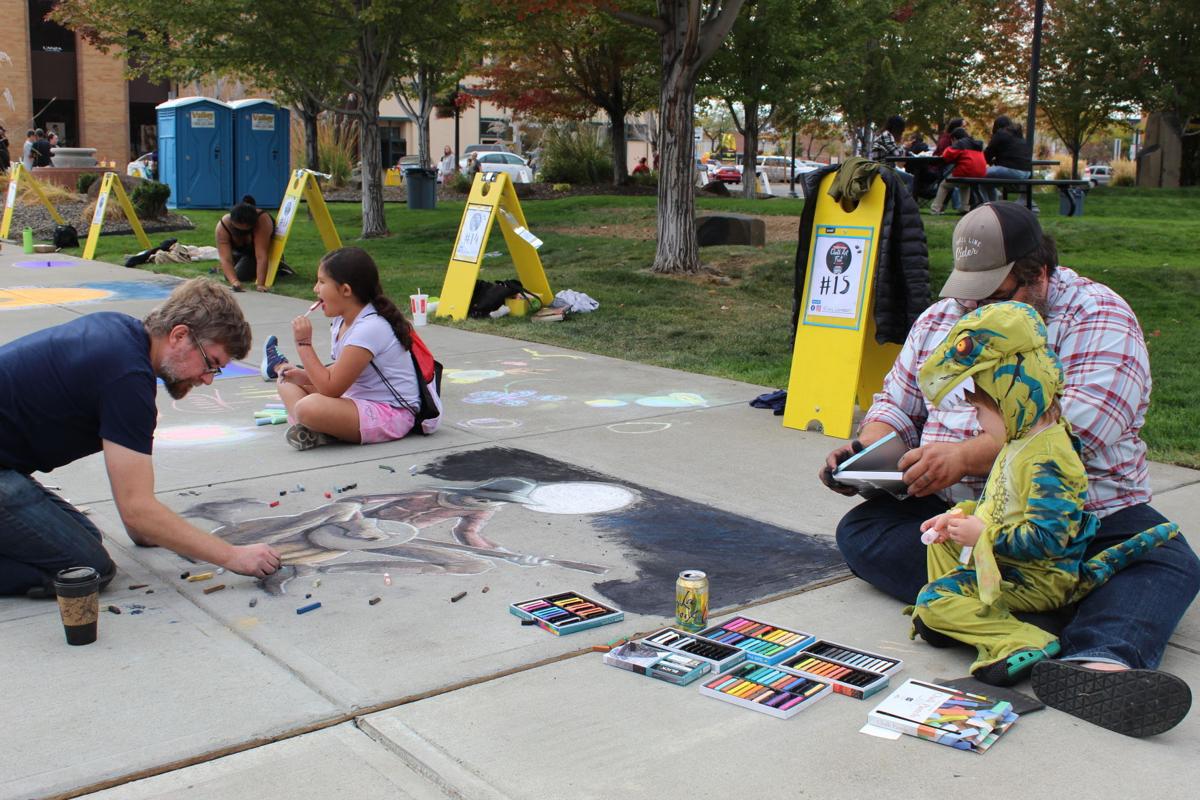 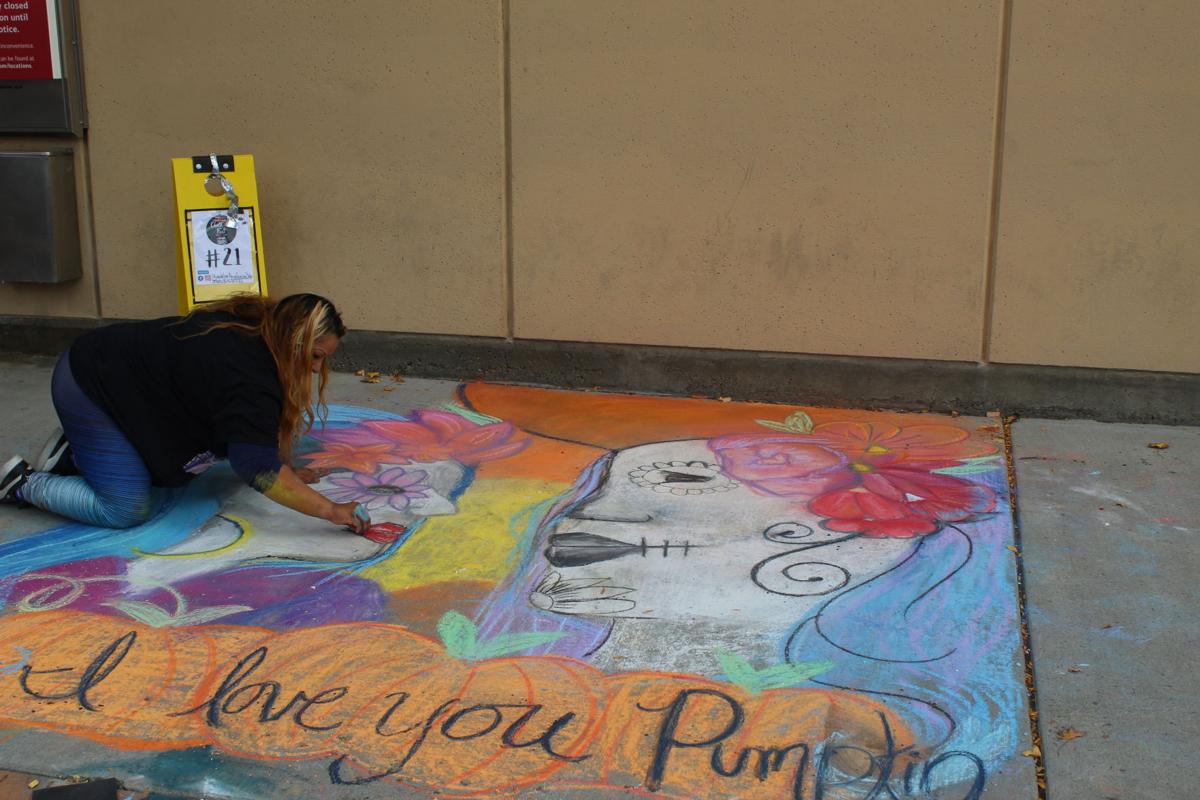 Madeline Alvizo Ramirez of Granger completes her drawing on the Second Street sidewalk at the Chalk Art Festival in downtown Yakima on Saturday.

Madeline Alvizo Ramirez of Granger completes her drawing on the Second Street sidewalk at the Chalk Art Festival in downtown Yakima on Saturday.

YAKIMA — Nineteen skilled artists and more than 1,300 visitors were a part of Saturday’s seventh-annual Chalk Art Festival in downtown Yakima.

The event, held at Performance Park and organized by the Downtown Association of Yakima, had a Halloween theme and offered $400 in prizes, DAY Executive Director Andrew Holt said.

"We were really pleased with the turnout, the fabulous artwork, and the new location — the park atmosphere really added to the event,” Holt said. “The event brought a lot of people downtown; we had one nearby business say they had a record sales day and they were swamped all day. So, that kind of checks all the boxes.

“We think this event still has enormous untapped potential, so we will keep building it each year. I want to thank all of our dedicated volunteers and the DAY team for making it such a successful day."

Would love to have seen more photos!

Are you going to post the names and the artwork of the 19 artists mentioned in the headline?

Are you going to tell us the names and awards of the winners? The headline says 19 artists... who are they?