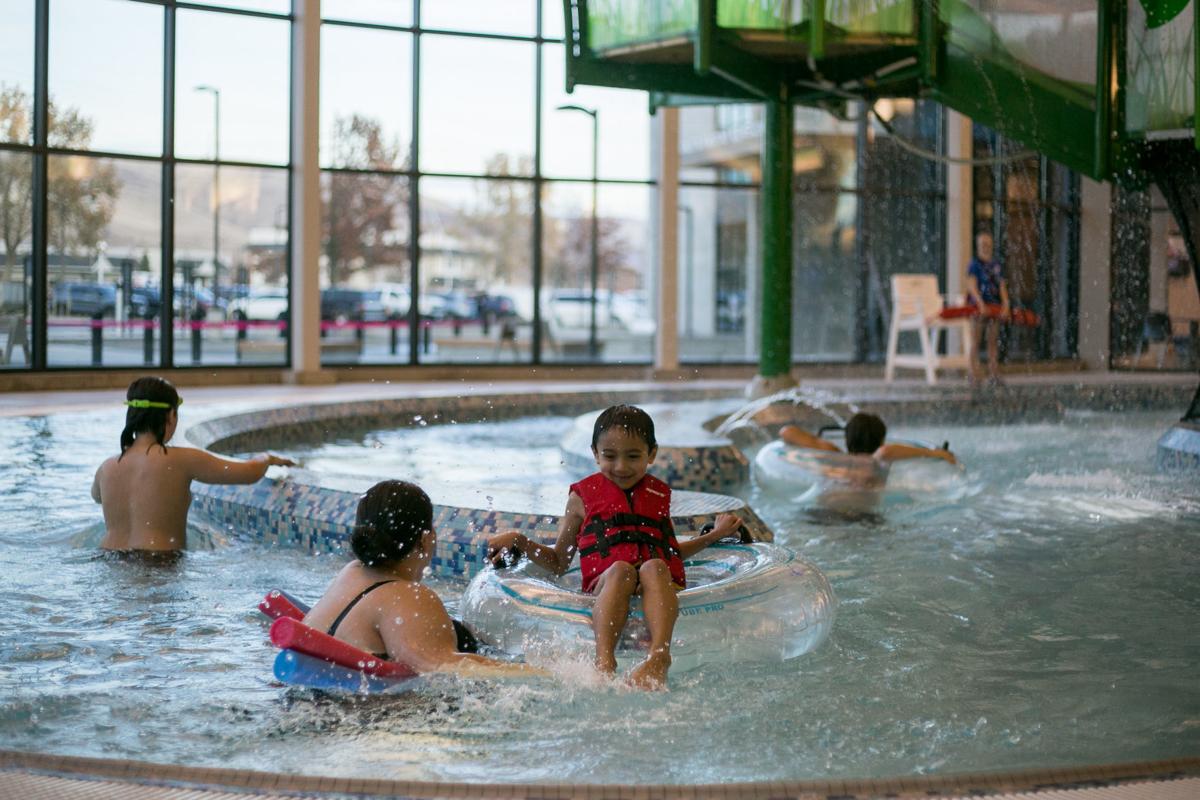 Noah Marino, 6, center, kicks his feet in the warm-water lazy river of the YMCA and Yakima Rotary Aquatic Center on Monday, Nov. 11, 2019, at 3800 River Road in Yakima, Wash. 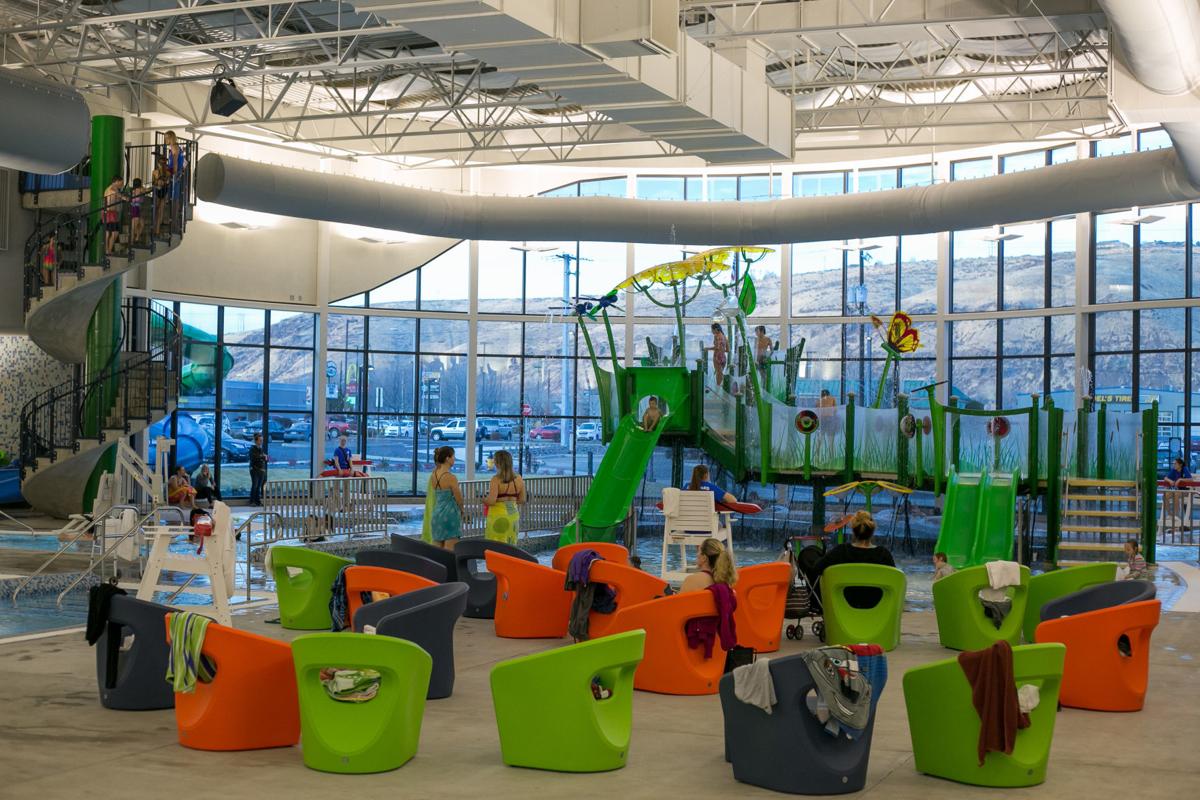 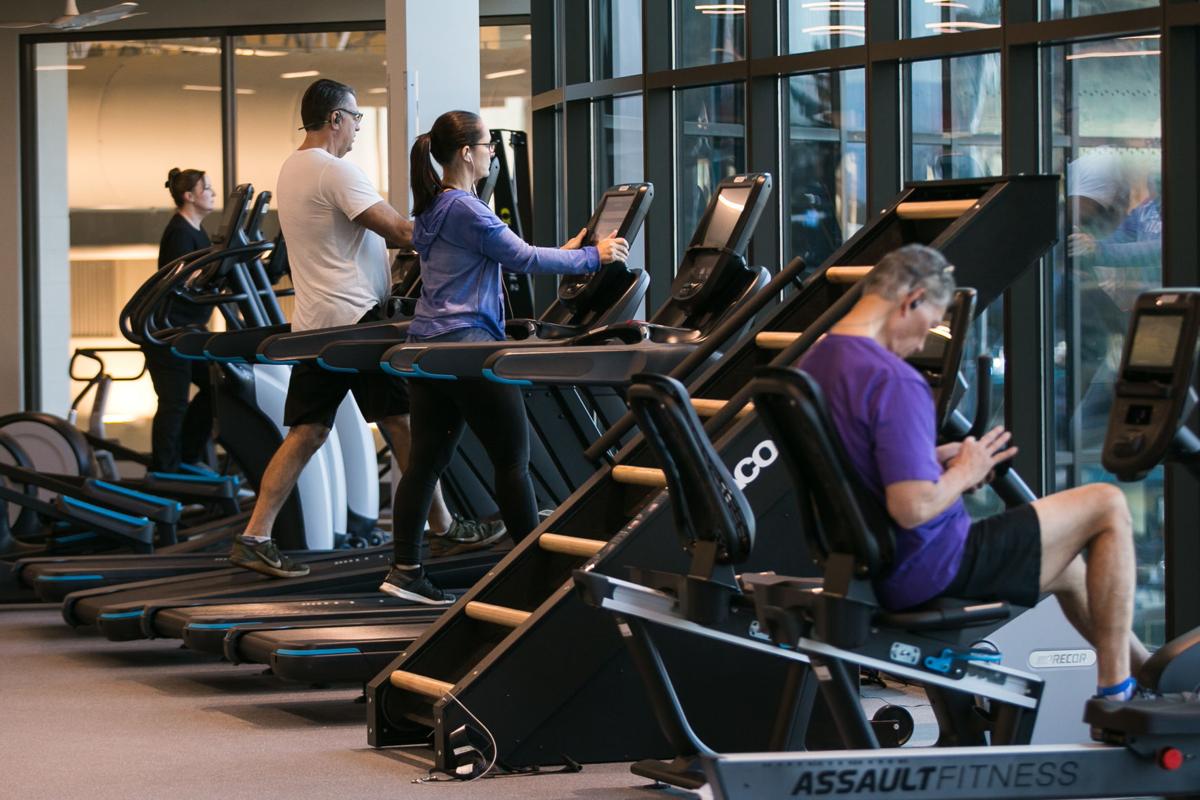 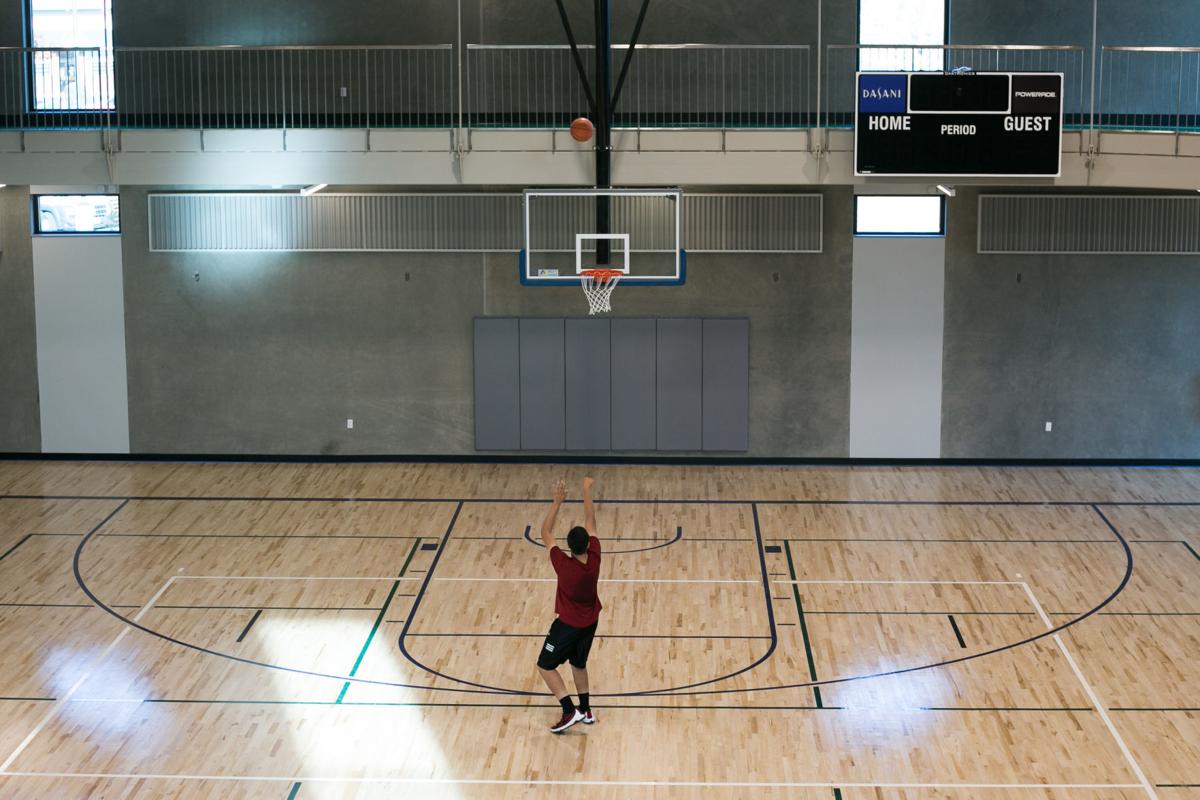 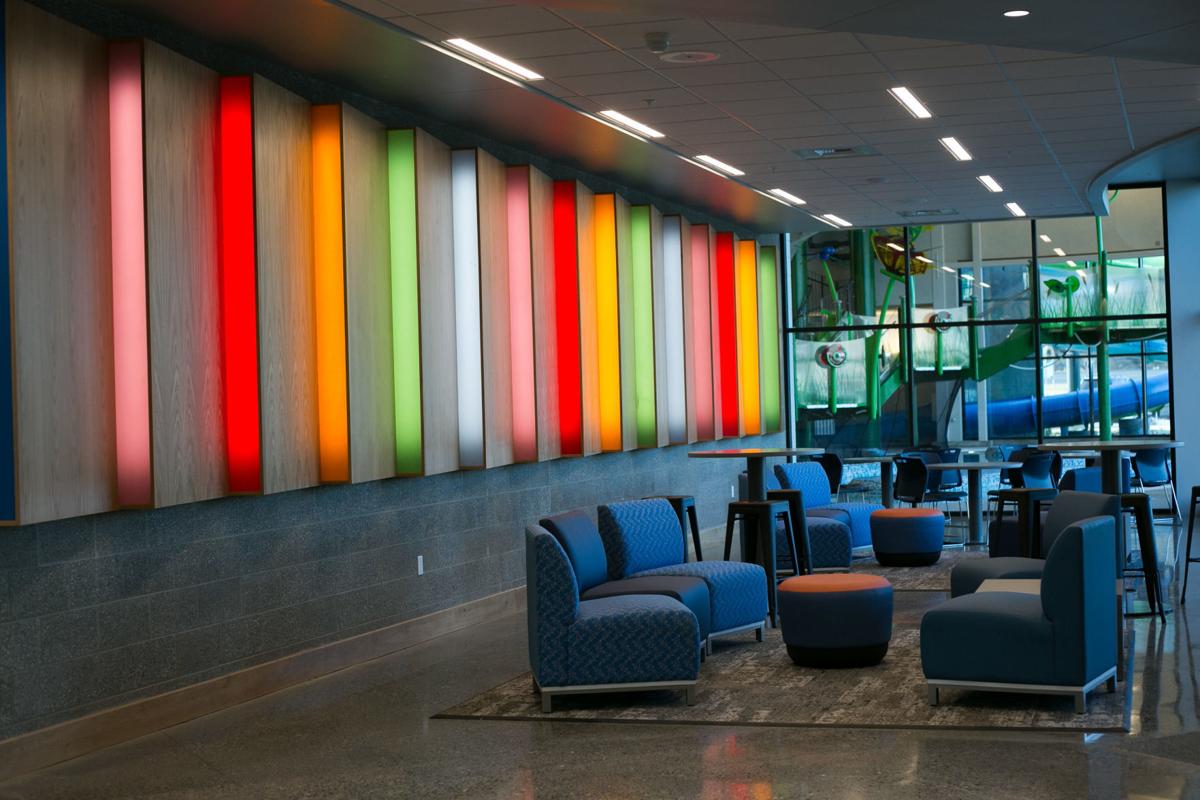 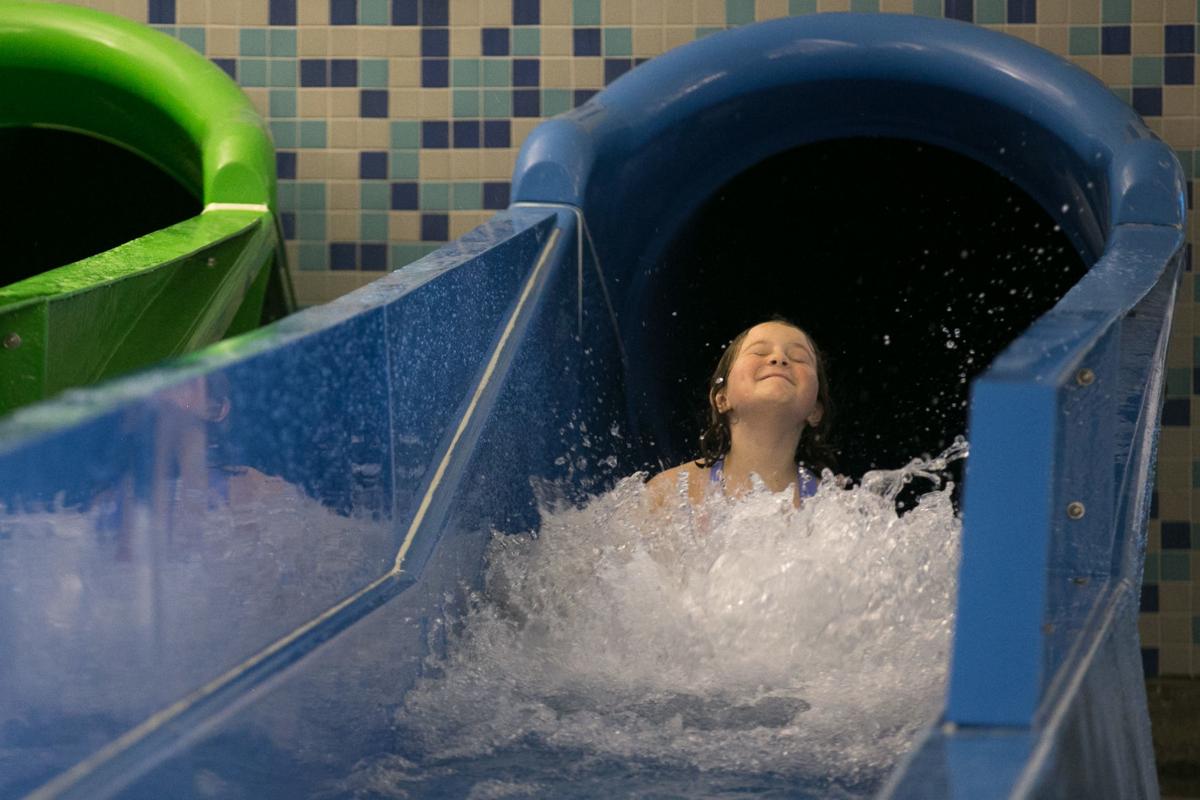 Noah Marino, 6, center, kicks his feet in the warm-water lazy river of the YMCA and Yakima Rotary Aquatic Center on Monday, Nov. 11, 2019, at 3800 River Road in Yakima, Wash.

After seven years of planning, more than a dozen months of construction and many days of fine-tuning, the $22 million YMCA and Yakima Rotary Aquatic Center will open this week.

For some, it’s already open. YMCA Legacy and Charter members could check out the 72,000-square-foot facility at 3800 River Road from 7 a.m. to 7 p.m. Monday and Tuesday, even as subcontractors and construction workers are finishing jobs throughout the building.

“The idea for (Monday and Tuesday) is to get our members in to get familiar with the equipment; give them an opportunity to come in and get to know the facility a little bit,” said Bob Romero, executive director of Yakima Family YMCA, on Monday.

“We’ve had a pretty steady flow of people throughout the day,” he said.

On Wednesday, Romero will help lead a ribbon-cutting ceremony inside the aquatic center at 10 a.m. It’s invitation only because of space limitations, but the YMCA will have a public open house for tours from noon to 8 p.m. Those interested in joining may sign up then as well, or at the existing YMCA at 5 N. Naches Ave. in downtown Yakima, which is staying open.

Construction began in July 2018 after seven years of planning. More than 400 individual donors have contributed to the facility, in addition to support from the city, Rotary and government programs and tax credits.

Developed in partnership with the city, the aquatic center is available for use by all community members.

“We have an eight-lane pool, and the vast majority of the time we’ll maintain lap swimming,” Romero said, with the rare exception of events and swim meets. Even if a class is underway, lap swimming can continue in other lanes, he said.

Along with the 25-yard, eight-lane pool; there’s a warm-water therapy pool; an on-deck hot tub and a coed steam room. The warm-water lazy river is part of a family water playground with three slides and two large water slides (blue and green) extending in and out the side of the building.

Caden Rowe and Ellie Dolsen helped christen the two large water slides already. Caden’s group visited on Nov. 3 and Ellie had a party on Friday. The chances to be the first to head down those slides were auctioned off during the YMCA’s fundraising dinner in May, Romero said.

The facility hosted eight pool and birthday parties over the weekend, he noted. Those reservations were made when YMCA officials were planning to open a week earlier, “(and we) honored those commitments,” Romero added. The facility also hosted a special event for project contractors and subcontractors and their families on Nov. 2.

The pools are one wing of the larger facility. YMCA members also will have access to the gyms.

A gym on the main floor has a full-size basketball court that can also be used as two smaller courts. A track overlooks the gym and bends around an upstairs cardio area, with roughly 12 laps making up a mile-long run or walk.

Beyond the cardio gym, a large open area is designated for free weights, and behind a set of doors is an expansive exercise studio that can be divided in two by a sliding wall, enabling two classes at once.

While the cost to build the aquatic center is just under $22 million, Romero said a little more than $1 million is still to be raised to cover furnishings, equipment and other costs.

“That’s a pretty amazing achievement,” he said, considering how much has been raised in Yakima and the fact that some Y facilities carry much higher debt ranging from $5 million to $8 million. “We feel very fortunate.”

Along with fundraising, the fine-tuning continues. As a worker carved out holes for the posts of bike racks going up near the main doors, Romero mentioned tending to details such as toilet seat covers, locks and soap dispensers.

“There will be a lot of long days this week, but it’s a good thing, for good reasons,” he said.

Romero has been executive director for 13½ years. He is pleased to be on the verge of opening a facility designed to serve the community, offer healthy options, outreach for youth and more.

“It’s pretty exciting to be to this point, especially when you know how much work a lot of people have done to get to this stage,” he said.

Joining fees are $57 for an individual or adult with a child and $87 for a couple or a family.

Get more information and prices at https://yakimaymca.org/join/. Sign up for membership there or at the downtown facility.

As the long-awaited $22 million YMCA and Yakima Rotary Aquatic Center draws closer to completion, community members have jumped at the opportu…