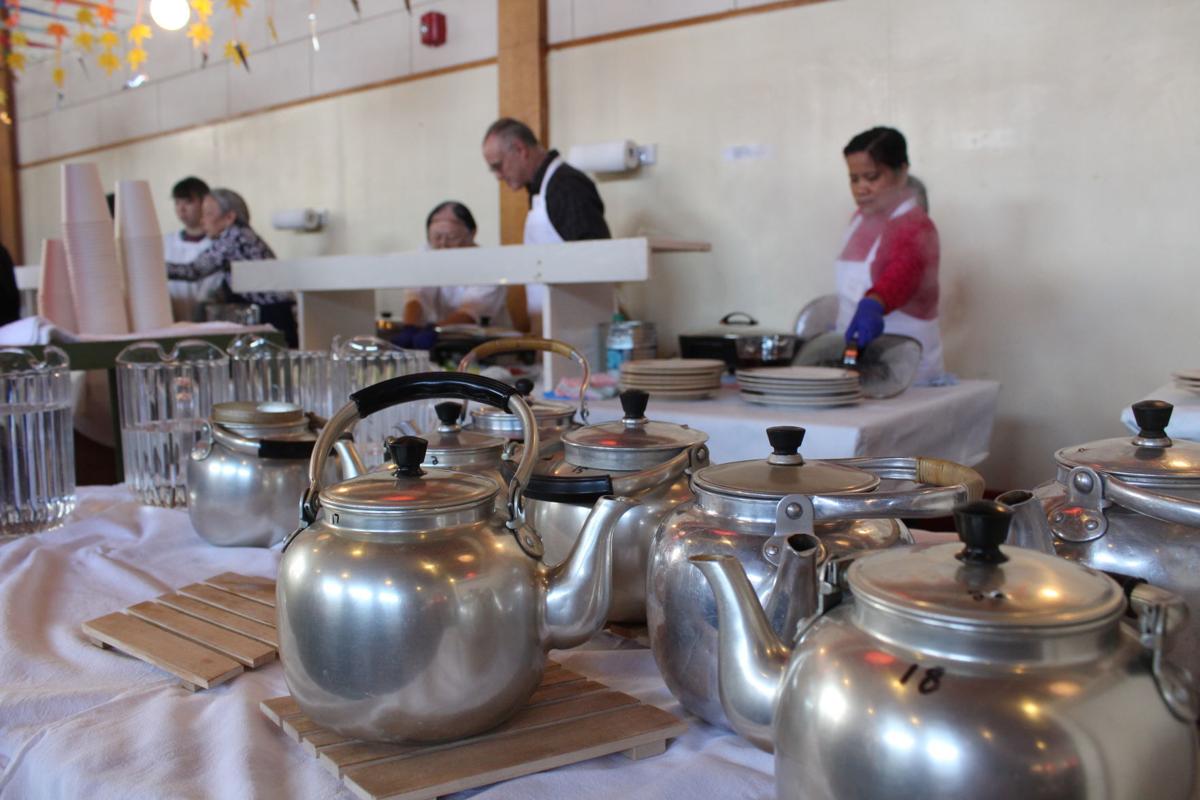 Scenes from the 58th annual Sukiyaki Dinner at the Buddhist Hall in Wapato on March 3, 2019. 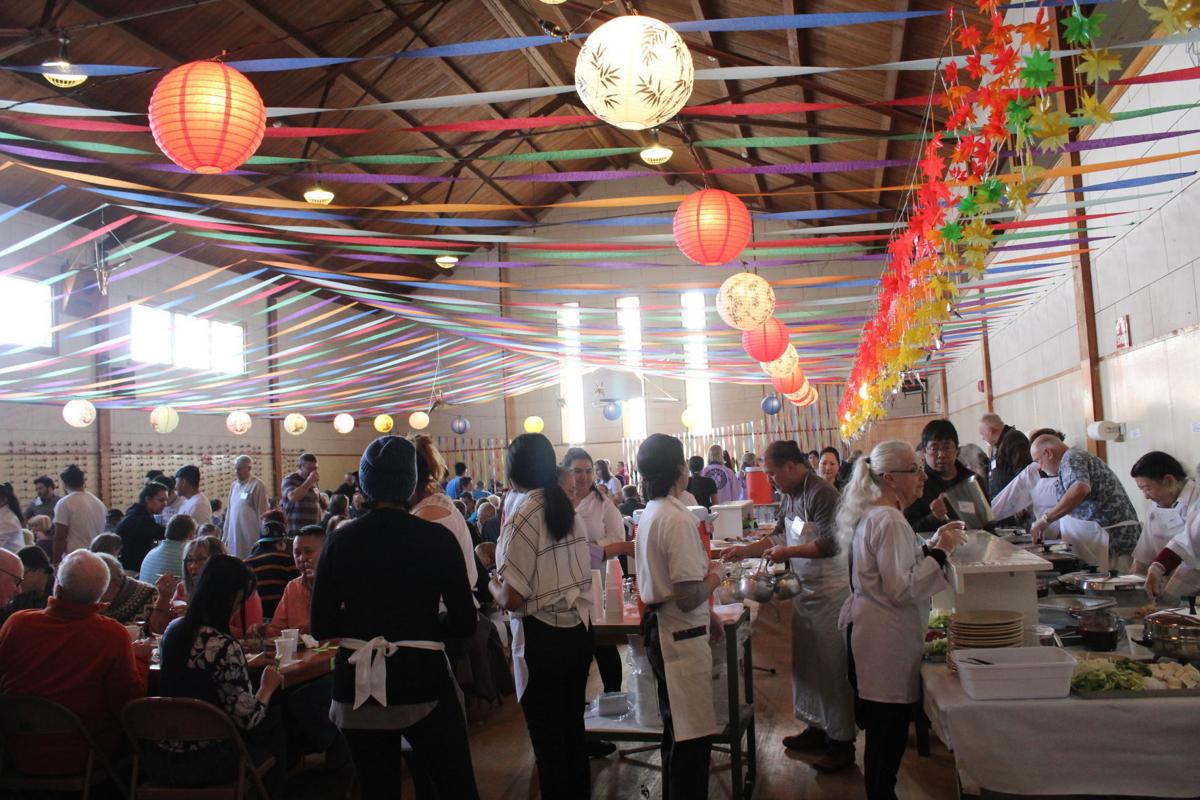 Scenes from the 58th annual sukiyaki dinner at the Buddhist Hall in Wapato on March 3, 2019.

Scenes from the 58th annual Sukiyaki Dinner at the Buddhist Hall in Wapato on March 3, 2019.

Scenes from the 58th annual sukiyaki dinner at the Buddhist Hall in Wapato on March 3, 2019.

WAPATO — This time of year, the Bussei Kaikan usually features festive decorations and increasing activity that peaks on the first Sunday in March, at the annual sukiyaki dinner held by the Yakima Buddhist Church.

That isn’t happening this year because of the COVID-19 pandemic. Church members have canceled the popular event, which is its biggest fundraiser and usually draws more than 1,500 people from as far as Seattle, Spokane and the Tri-Cities. Many enjoy the chance to gather with friends and catch up over a traditional meal made with love.

It’s a celebration and reunion not only for members and friends of the Buddhist Church, but for the Japanese communities that thrived in Wapato, Toppenish and Yakima before Yakima County residents of Japanese descent were forced into concentration camps during World War II. The communities in Toppenish and Yakima never recovered; the approximately 10% of those who returned after the war ended came back mostly to the Wapato area.

“We’ve canceled all of our fundraising activities — pretty much all of our activities, regrettably,” said Lon Inaba, president of the church. “Our volunteers are so elderly. We’re very cautious; we don’t want to expose people to the virus unnecessarily.”

Offering carryout only was discussed, but dozens of people get together to chop the vegetables and prepare the cucumber salad and sukiyaki sauce. It takes hours.

Church members did have the dinner in early March 2020, right before the pandemic started and shutdown orders took effect. The number of attendees was down.

Though there’s been a little talk that the church might hold the dinner in the fall, “I think we’re probably going to postpone it until next year,” Inaba said of what would have been the 60th annual event.

“Most of the activities have been postponed and we’re very fortunate to have volunteers who are shoveling the show and trimming the trees. ... We don’t have any employees,” he added.

The church is holding live services on Zoom at 10 a.m. every Sunday, as noted on its Facebook page. That’s been a bright spot in the pandemic, Inaba said. Because its services are live instead of prerecorded, other ministers and guests are logging in, he said.

“We’re actually capturing people who are no longer in the area,” he said, to the point that the number of participants equals or surpasses the number who have attended in-person services. Those who want to participate should go to the Facebook page and put in a request.

“We would only see our Moses Lake folks at most every other month. Now we see them almost every week,” Inaba said. “And then we have ministers and other people calling in from Spokane, from Seattle. We had a person from San Francisco, from San Jose, others from the Tri-Cities.”

“It’s a great way to bring in members who have moved away, and new members. It’s kind of cool in that respect and I think what we could probably end up doing is try to figure out, how do we continue to do a livestream once we actually go back” for in-person services, Inaba said, “to retain the people we’ve actually gained.”