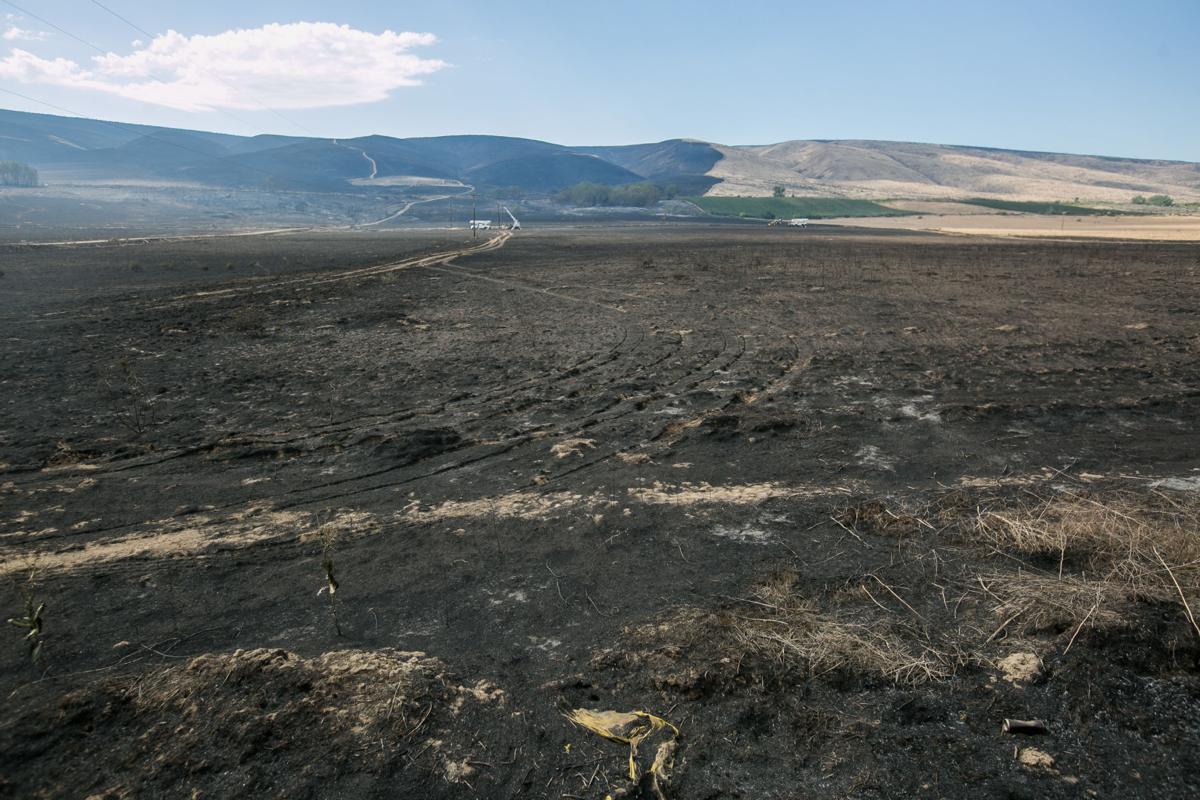 FILE — The aftermath of the Ahtanum Ridge Fire near McCullough Road in Yakima, Wash., on Monday, Aug. 17, 2020. 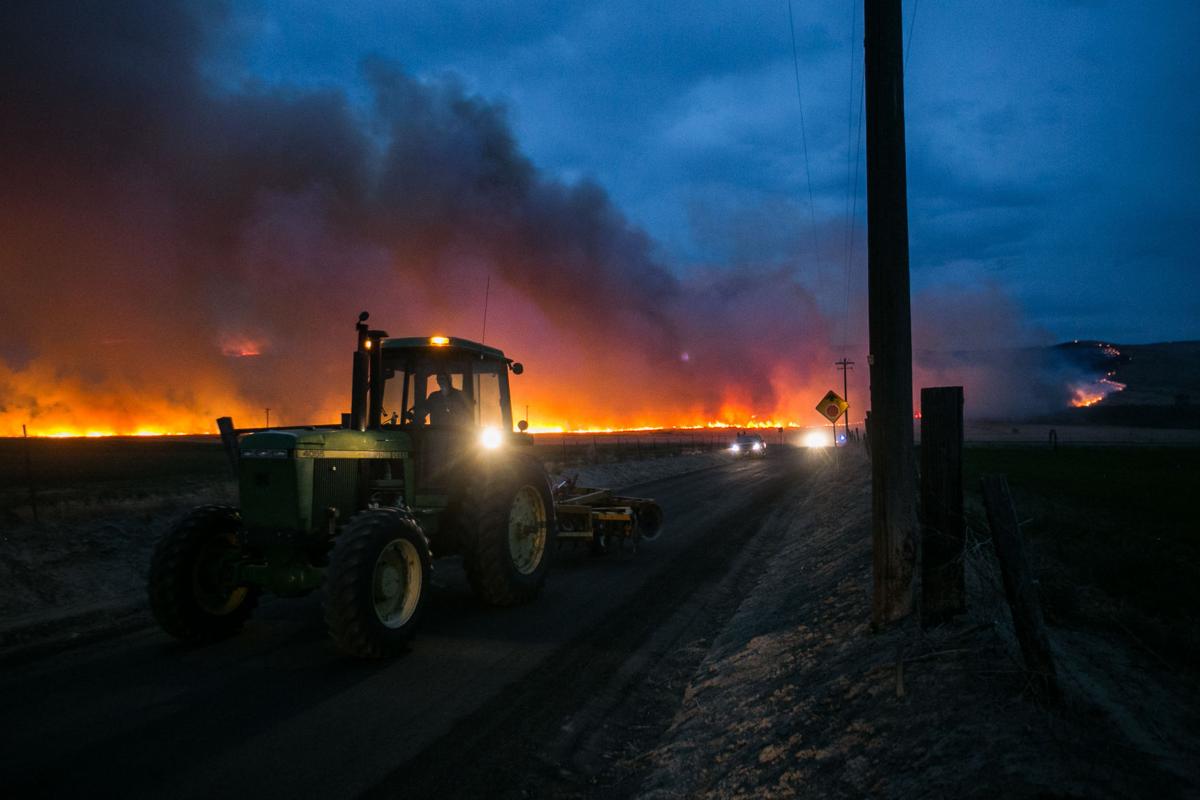 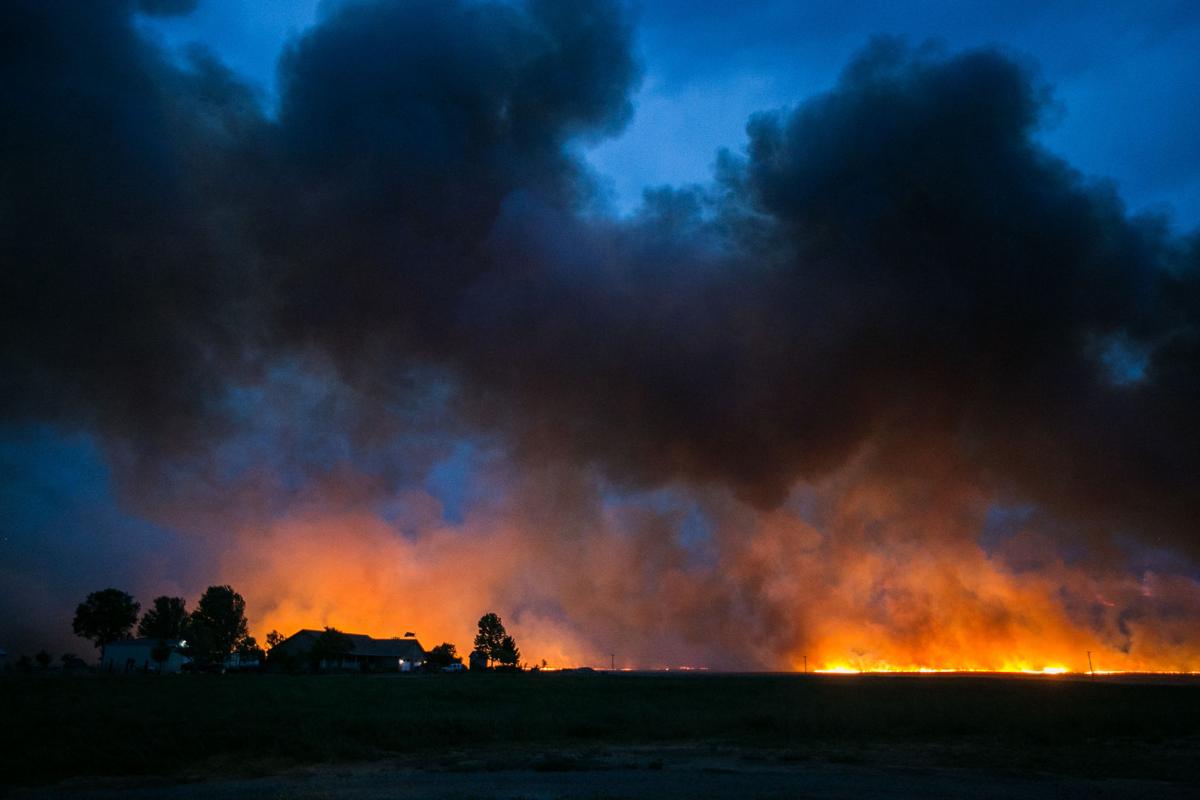 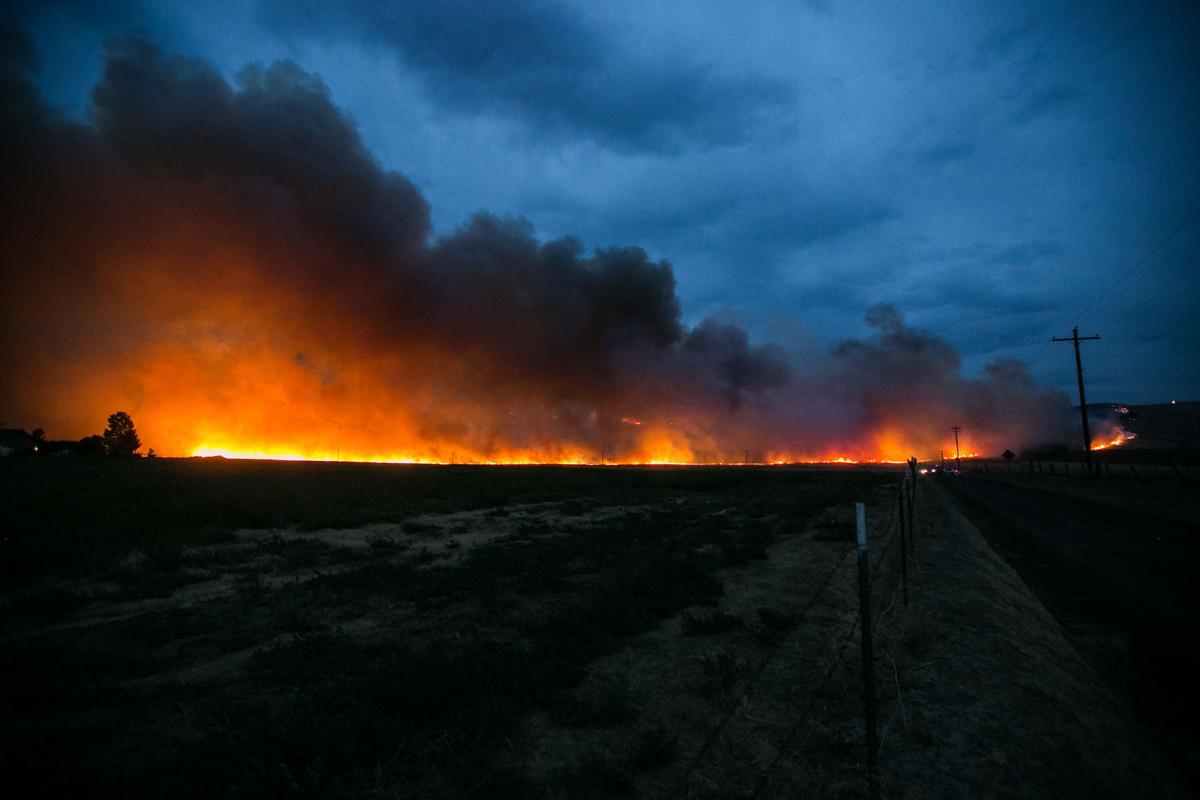 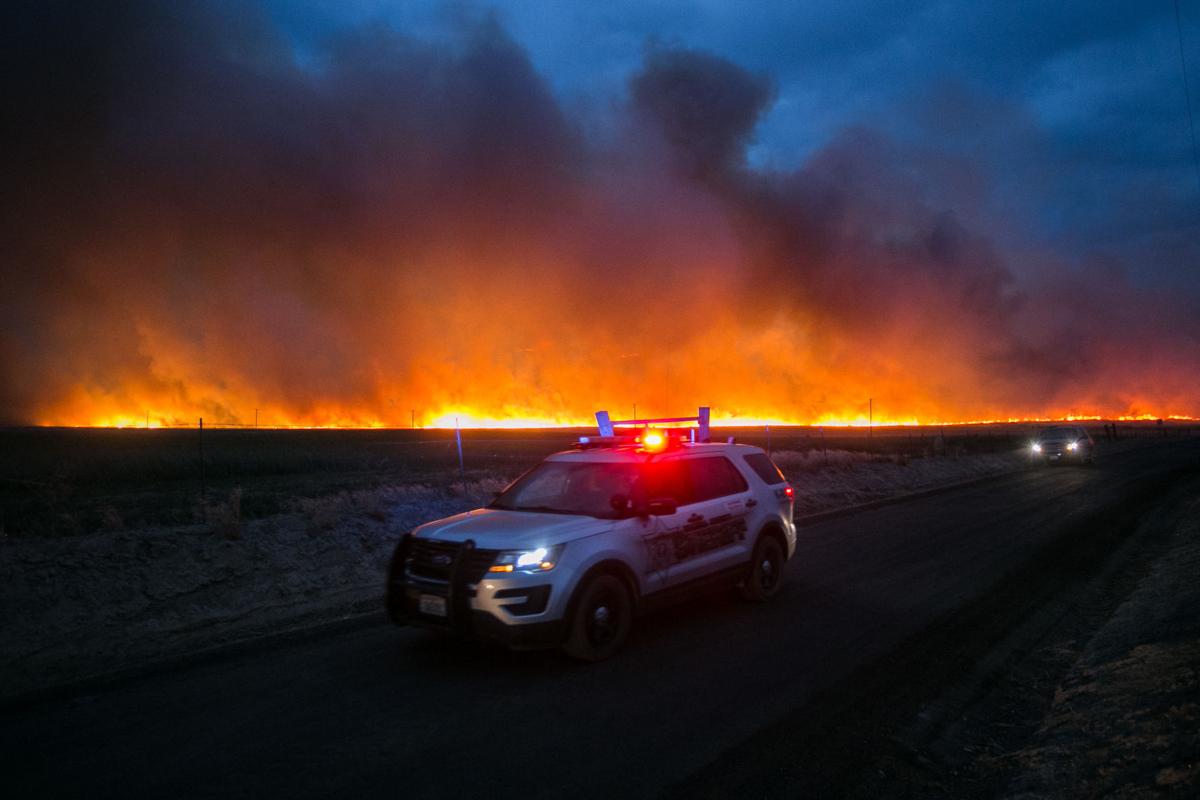 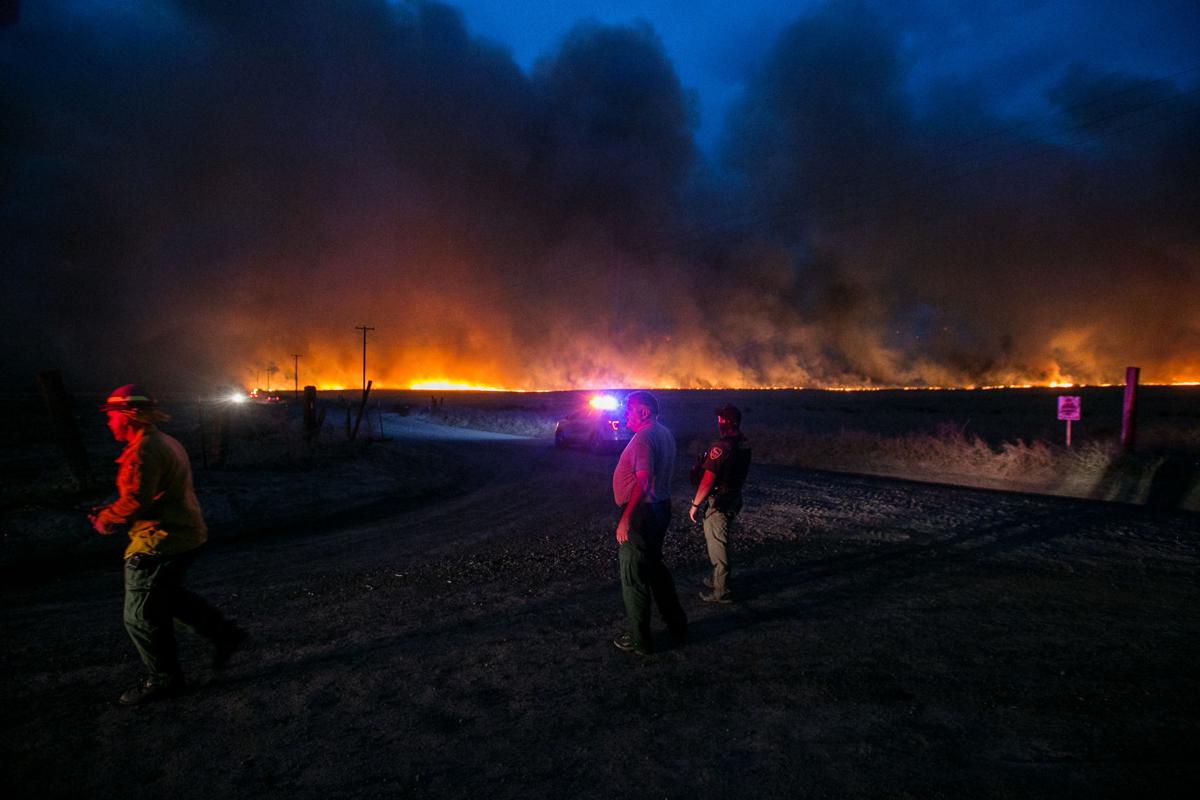 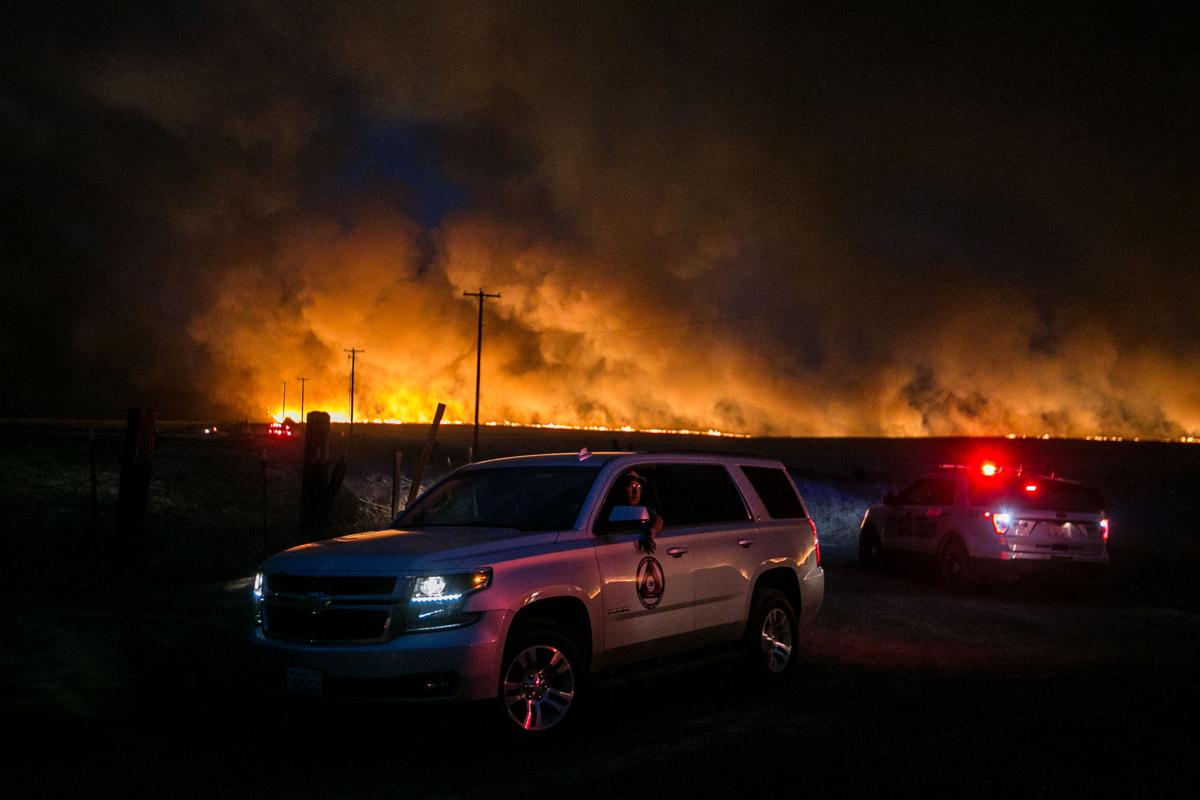 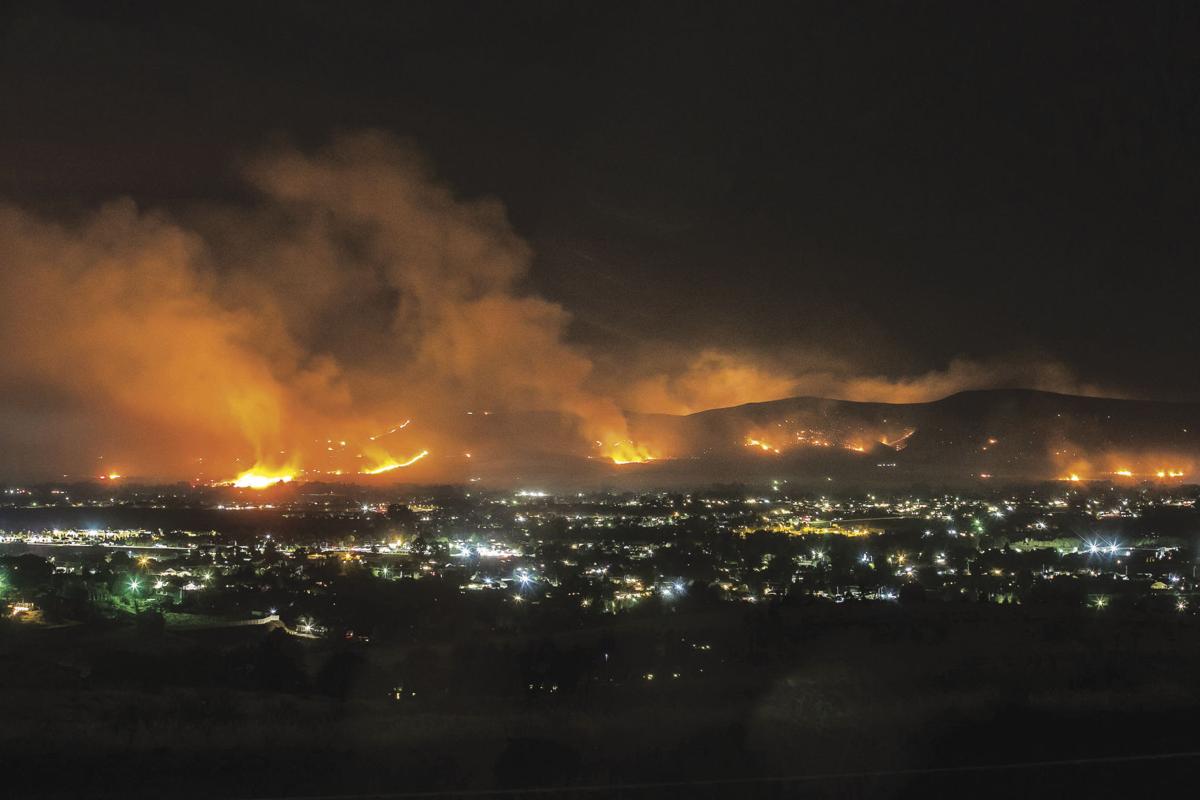 A brush fire on the Ahtanum Ridge is seen here looking south from the Uplands Trail of Cowiche Canyon in Yakima, Wash., on Sunday, Aug. 16, 2020.

FILE — The aftermath of the Ahtanum Ridge Fire near McCullough Road in Yakima, Wash., on Monday, Aug. 17, 2020.

A brush fire on the Ahtanum Ridge is seen here looking south from the Uplands Trail of Cowiche Canyon in Yakima, Wash., on Sunday, Aug. 16, 2020.

The Ahtanum Ridge Fire was contained Monday and evacuation orders were lifted as of noon, according to the Yakima Valley Office of Emergency Management.

Two homes and about five outbuildings were lost in the brush fire, which started Sunday 10 miles east of Union Gap and took off as high winds hit the area around 8 p.m. Evacuation orders were issued for homes south of Ahtanum Road.

“Without the immense amount of local and tribal firefighters on scene last night, we are sure we could have lost so much more,” an update from emergency management said.

Roughly 175 homes were covered by evacuation orders during the fire. About 12 people came to the American Red Cross rallying points.

All have returned except for those who lost their homes, said Horace Ward, operations manager with emergency management.

The fire was estimated at 5,969 acres at midday Monday with mop-up operations continuing. Officials said people might see some small, isolated areas flare up as the fire finds small pockets of fuel.

The Northwest Interagency Coordination Center said the fire was human-caused, with 100 personnel assigned as of Monday morning.

Capt. Sean Perrault of Fire District 5 in the Lower Valley said the Yakama Nation was keeping an eye on the south end of the fire. District 5 sent a bulldozer crew to help cut fire lines, and no structures were threatened on that side of the fire.

Another blaze, the Tule Road fire south of Granger, was in mop-up status as of 9:30 a.m., Perrault said.

A wildfire on the Yakima Training Center had blackened at least 25,000 acres by Monday morning and forced the evacuation of Wanapum Village in Yakima County, according to a news release from Joint Base Lewis-McChord.

The fire was about 5% contained at that time, the release said. Residents of the tribal village living immediately southeast of the Training Center were told to evacuate to the east side of the Columbia River.

The fire was sparked by lighting Sunday night and is burning in the areas of Yakima Ridge and Taylor Pond at the southernmost point to Alkali Canyon on the north side of Umtanum Ridge, the release said.