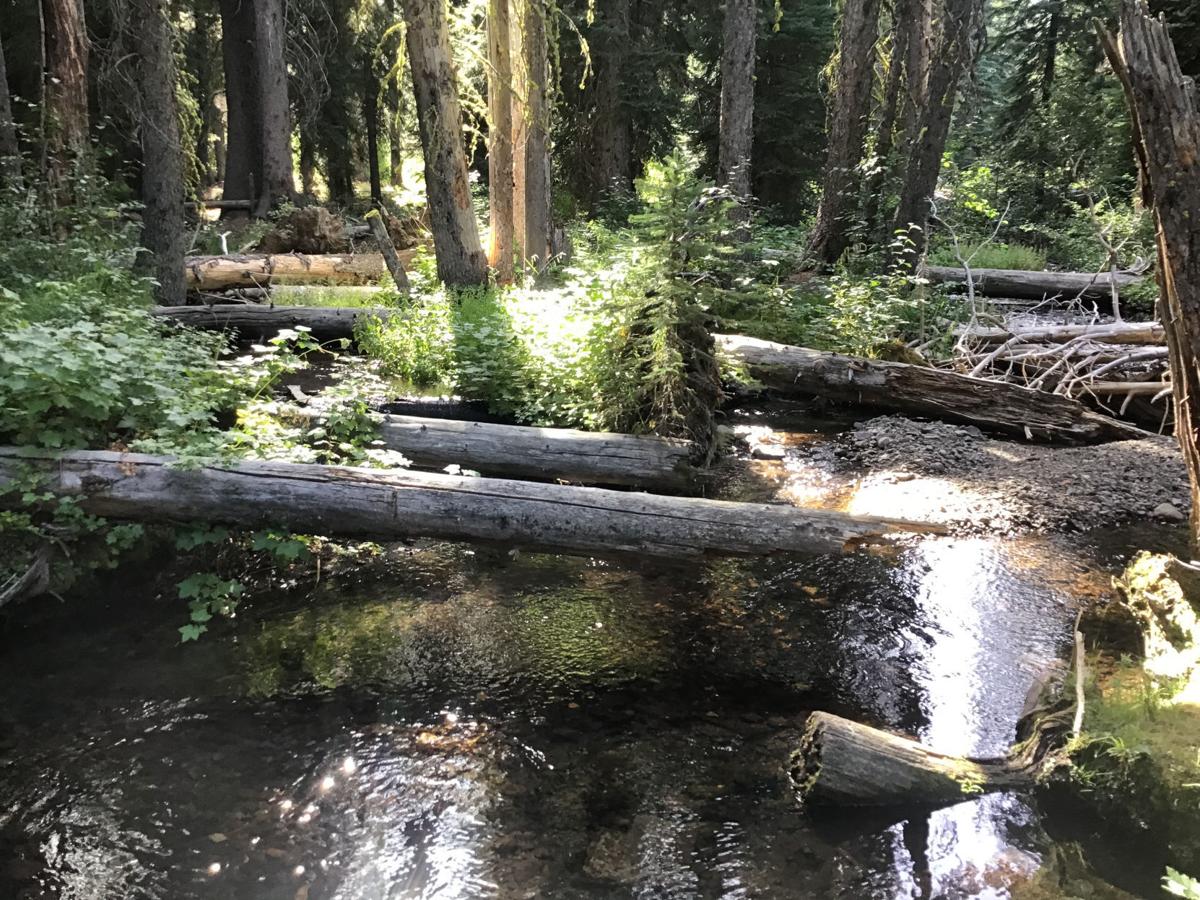 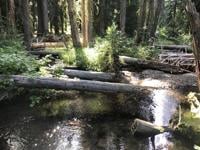 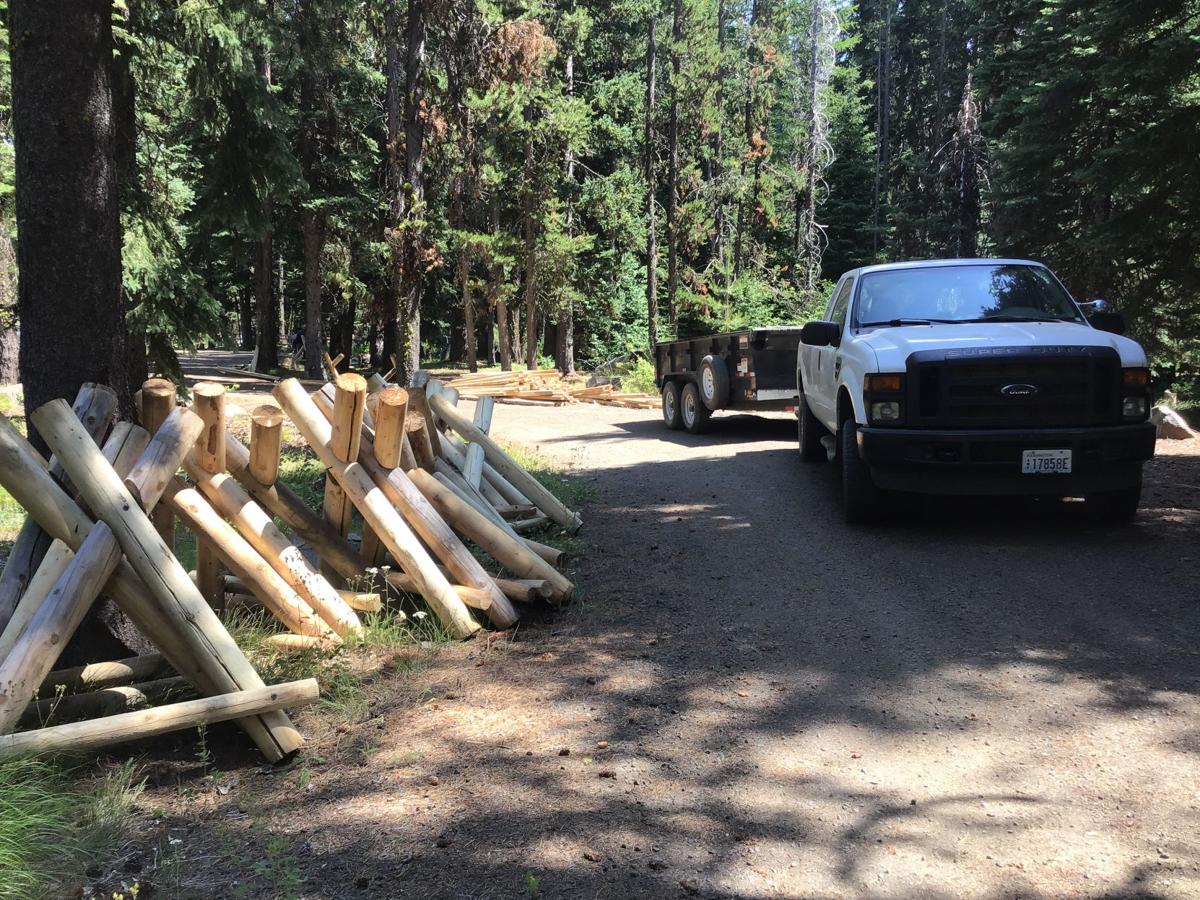 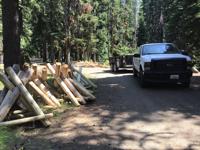 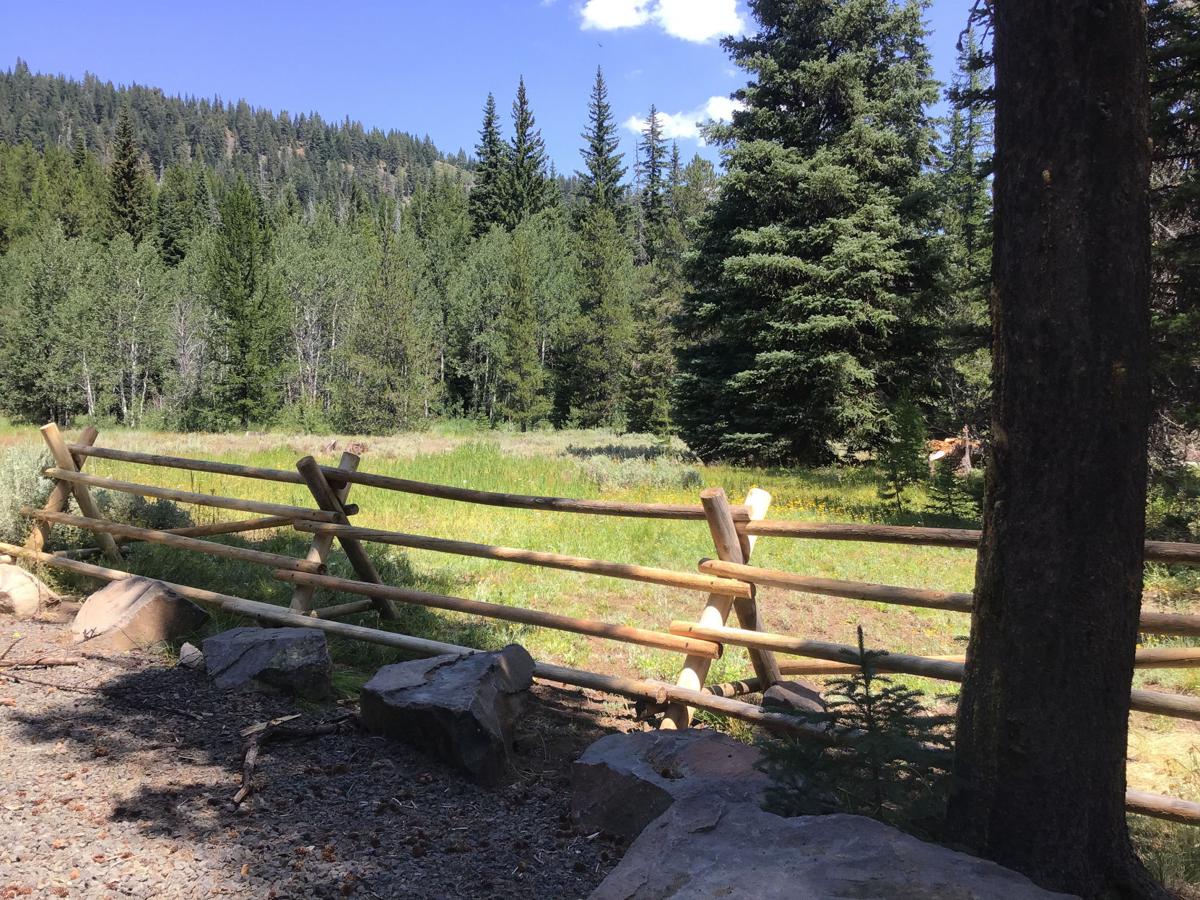 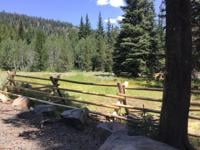 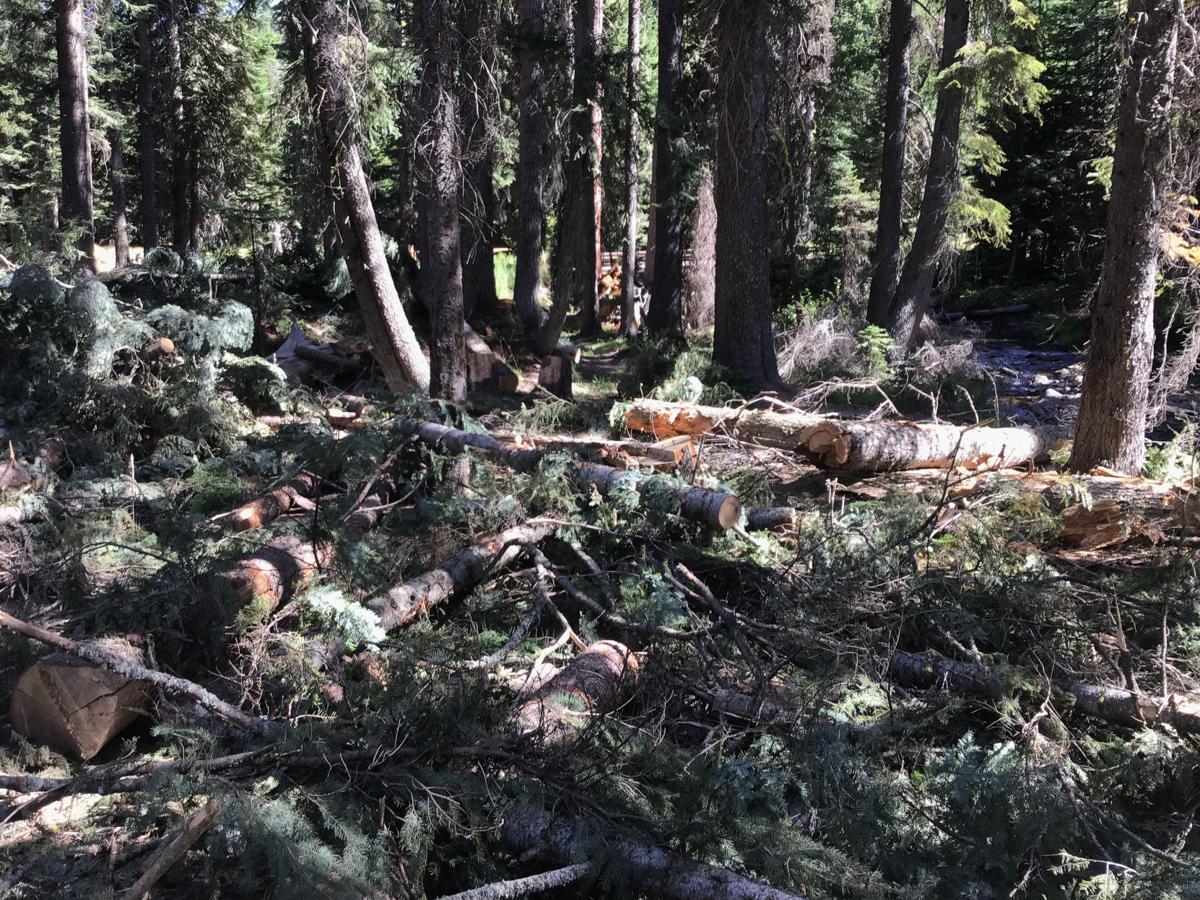 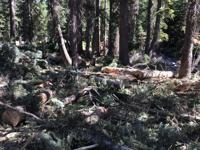 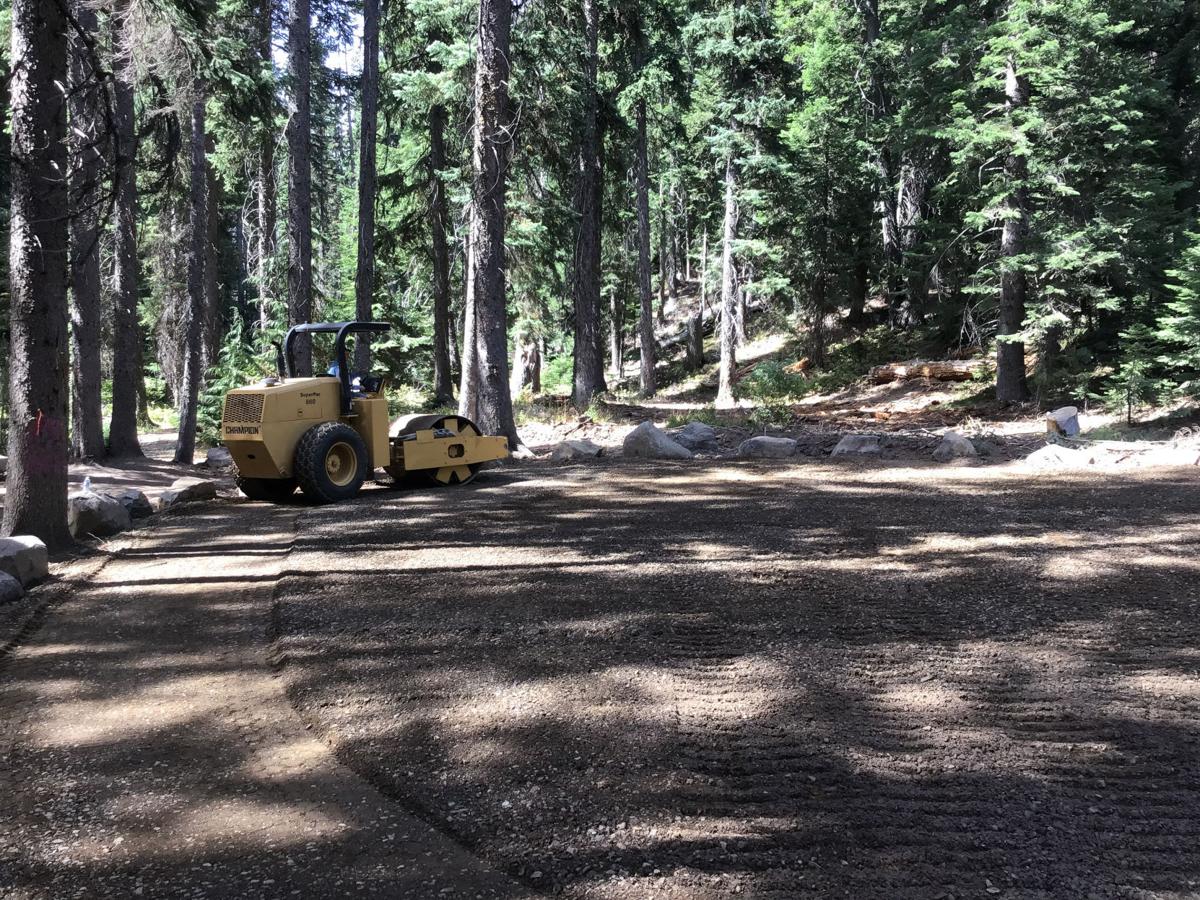 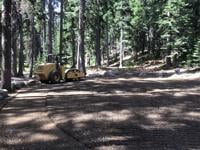 A dispersed campground on NF Ahtanum Creek is graveled to improve drainage and prevent fine sediment from reaching the creek which is harmful to bull trout eggs. The new parking area also upgrades the location for campers. 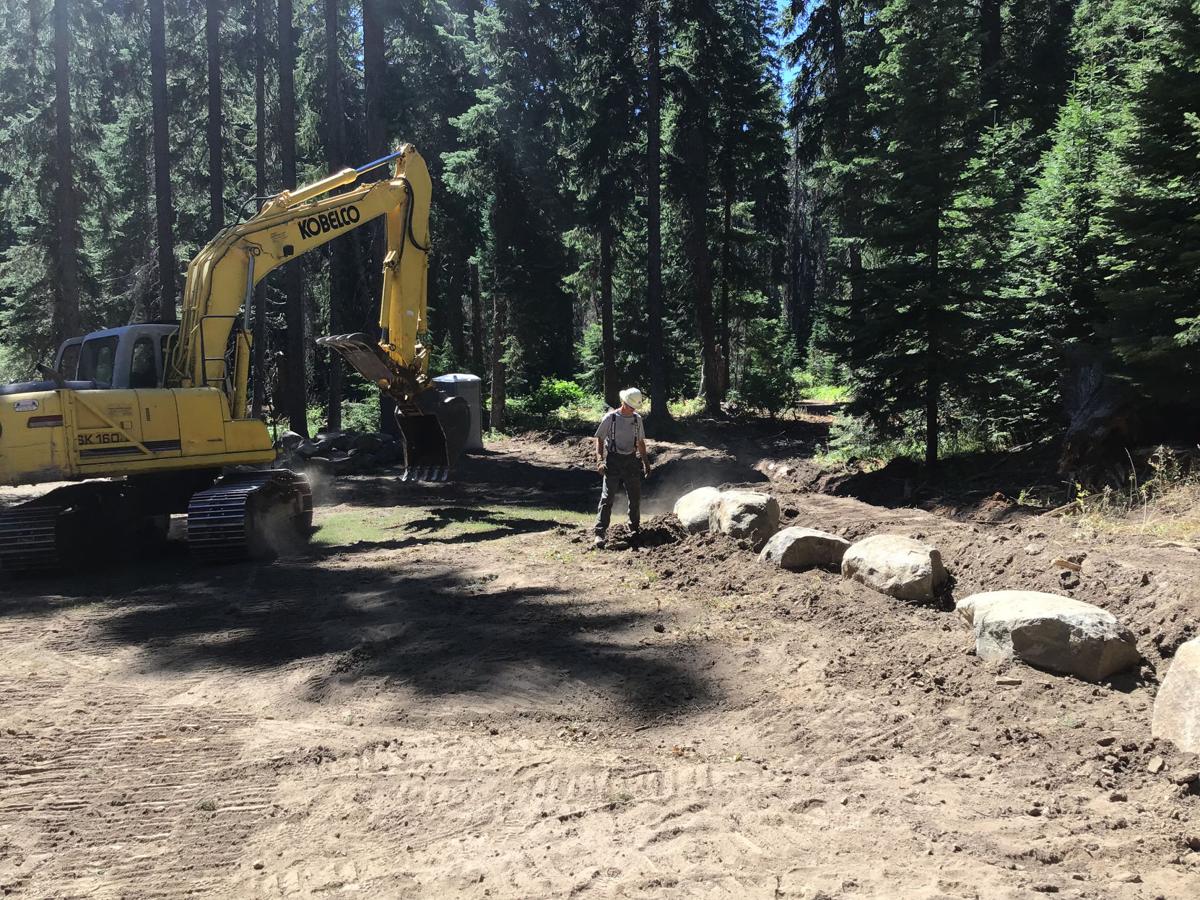 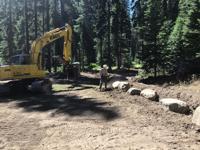 A dispersed campground on NF Ahtanum Creek is graveled to improve drainage and prevent fine sediment from reaching the creek which is harmful to bull trout eggs. The new parking area also upgrades the location for campers.

The Mid-Columbia Fisheries Enhancement Group hopes three projects in the Ahtanum State Forest will make improvements for recreation enthusiasts and the threatened bull trout. Project manager Connor Parrish said the fish no longer migrate from the Yakima River, so he’s been working on some small changes at three sites to preserve their valuable creek habitats.

“We haven’t been able to figure out what’s been going on in the Lower Ahtanum as to why those adult fish aren’t making it back up,” Parrish said. “If we can just hold on to these local genetics of this resident population as long as possible, then we could see real success.”

Along with several improvements, they’ll put up signs to educate people about the importance of respecting waterways for fish and the fragility of the ecosystem. Most of the funding comes from a $122,000 Salmon Recovery Board grant, along with a $46,000 match from Mid-Columbia Fisheries and DNR.

Nearly two weeks ago they completed efforts deep in the North Fork to install 150 boulders to limit access to the creek from a dispersed camping site. They also decommissioned a user-created ATV trail to try to protect an area often littered with trash.

“We’re going to try to improve the campsite,” Parrish said. “Jeff and I are of the mind that if you improve campsites then people tend to take care of them more.”

Those efforts will include turning a mud pit into a parking space and seeding native grasses over problematic hill climbing trails. Parrish said they also plan to restore the riparian area by planting bare root trees and shrubs, including Douglas fir, ponderosa pine, cottonwoods and alders.

Workers installed wooden fencing and other obstacles in August to keep people away from stream banks and reduce trails. Those root balls will create healthier riparian areas and provide better habitat.

Another project in progress would shut down a 0.3-mile user-built road connecting to the South Fork. Parrish said DNR hopes that will eliminate a significant issue with people leaving trash behind.

“For the most part we’re just decommissioning it so people aren’t back there messing around where people don’t want them to be,” Parrish said.

Places like Tree Phones campground will remain popular with its easy access to a large trail system for hikers, off-road vehicles and more. It’s also a popular spot for bull trout, thanks to its perfect spawning habitat along Ahtanum Creek.

Parrish said so long as the fish don’t migrate up from the Yakima River they’ll only be large enough to lay about 200 eggs, making population growth unlikely. If restoration efforts successfully bring back historic migration routes, the bull trout could grow big enough to lay 1,000 eggs and open up a new world of possibilities.