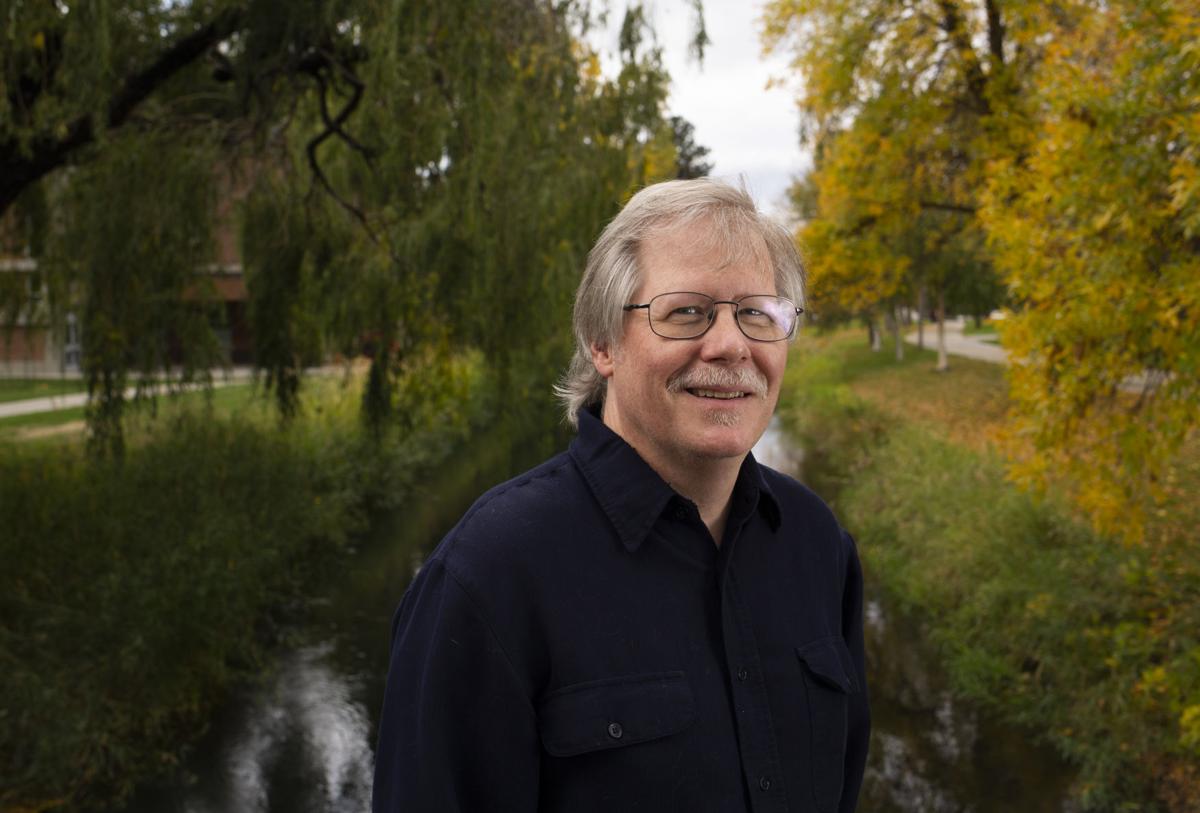 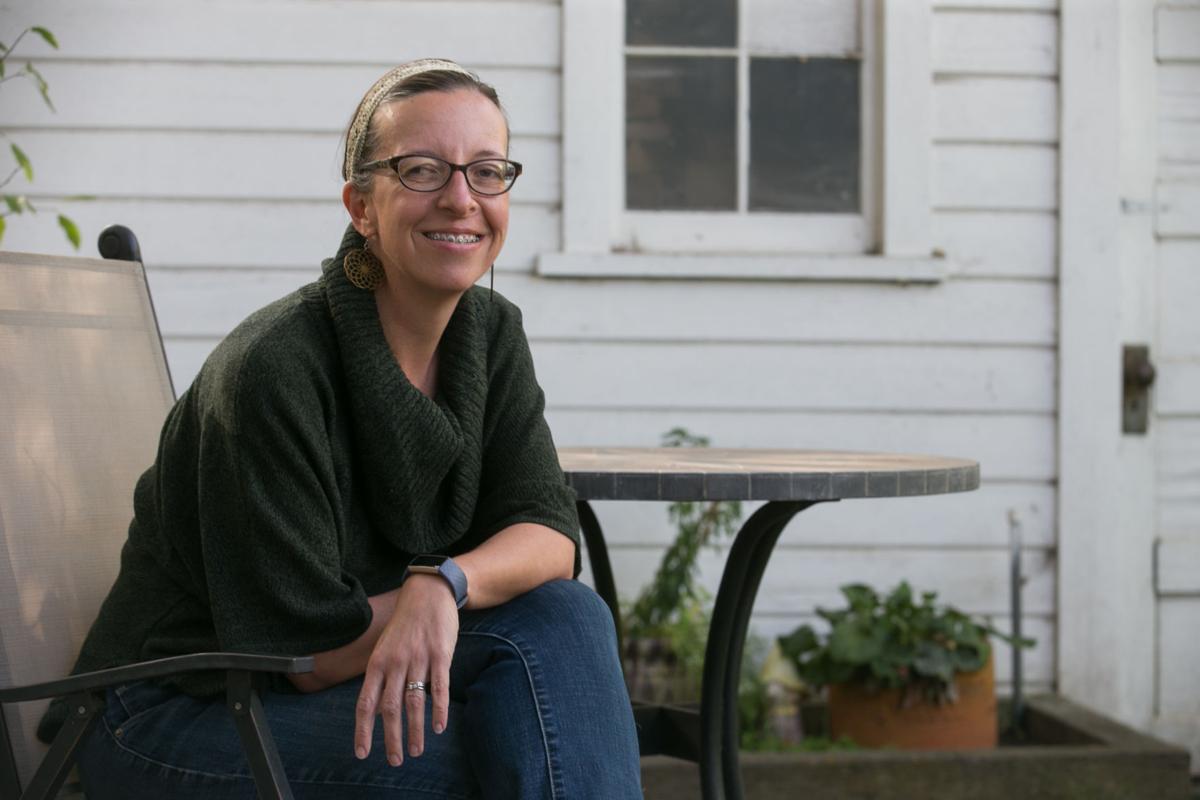 Emily Jacobs, a volunteer with Braver Angels, poses for a portrait at her home in Ellensburg, Wash., Thursday, Oct. 15, 2020. Braver Angels is an organization uniting red and blue Americans in a working alliance to depolarize American politics.

Emily Jacobs, a volunteer with Braver Angels, poses for a portrait at her home in Ellensburg, Wash., Thursday, Oct. 15, 2020. Braver Angels is an organization uniting red and blue Americans in a working alliance to depolarize American politics.

By the time Abraham Lincoln was inaugurated as president on March 4, 1861, seven Southern states had seceded. The American Civil War began a little more than a month later.

In mentioning the unstable state of the union when Lincoln was elected, Central Washington University political science professor Todd Schaefer said he doesn’t think the Nov. 3 presidential election will lead to civil war, despite what some fear.

“There could be violence and there’s concerns, but yes, we should remember that we’ve had contentious elections before,” said Schaefer, who specializes in elections.

It seems there’s no escape from the acrimony surrounding the contest between President Donald Trump and his Democratic opponent, Joe Biden. Family members have stopped speaking to each other. Friends have become painfully aware of how some of their views differ. People who don’t usually discuss the big three — politics, religion and money — are jumping into heated arguments with complete strangers on social media.

A global pandemic, racial injustice and protests had already stretched people’s nerves to the breaking point. With the election a little more two weeks away, it feels like there’s little flexibility.

There is no doubt the pandemic has affected the political climate. Along with opposing views on how the pandemic should or shouldn’t be handled, Schaefer suspects some of the months-long efforts to contain the spread of COVID-19, such as stay-at-home orders and severely limited social opportunities of all kinds, have compounded the divisions among us by preventing the face-to-face discussions that are usually more civil than arguments online and on television.

“We’re in a very stressful time with COVID-19. People are dying. People are stuck at home,” Schaefer said.

Spending so much more time at home has undoubtedly prompted many to spend even more time in “social media bubbles” that reflect only their political views, hearing more emotionally charged rhetoric driven by politicians. In today’s media environment, people can self-select what they want to see, creating their own bubbles and fueling a divisive “us vs. them” mentality no matter what the topic is.

“We’re probably going to have record voter turnout this year. People vote when they’re ticked off,” Schaefer said. “In a way, it’s like the politicians know if they get us riled up ... motivate us by getting us angry and scared, hate and fear is a more powerful motivator.”

Schaefer promotes respectful and thoughtful political discussions in his classes. Many others are doing what they can to promote civility and respectful conversations between people with different views in the broader community.

Emily Jacobs of Ellensburg helped found and lead a group called Civil Conversations shortly after Trump was elected. Participants met for about a year and a half over coffee or pizza and discussed controversial issues such as gun control. Before those discussions, though, they intentionally spent time getting to know each other as people.

“I think anyone can do this. You just have to be willing to try,” she said.

That group has since stopped meeting, but Jacobs is gauging interest in a Central Washington affiliate of Braver Angels. Originally known as Better Angels, the organization was inspired by a quote Lincoln made at his inauguration in which he appealed to the “better angels” within people to try and stay together as a country.

Its website describes it as a national citizens’ movement to bring liberals and conservatives together at the grassroots level — not for centrist compromise, “but to find one another as citizens.”

Braver Angels created Red/Blue workshops in which several Republican-leaning and Democratic-leaning citizens get together for a half-day or full-day of structured conversations. Independents also are invited.

Jacobs participated in a Red/Blue workshop where she recalled someone saying they all believe in America; it’s just what they think needs to happen is different. The ways they’re going to do that are different, Jacobs said.

“I really thought that was so true. When we talk about taxes, social responsibility, climate change, ultimately we want America to be better; we just have different approaches,” she said.

Years in the making

Fallout from the 2000 presidential election, made notorious by the prolonged Florida recount and its hanging chads, led to a resurgence in party identification becoming much more than a psychological affiliation, Schaefer said. Political parties have become almost like lifestyles for some, and the population is more polarized.

“Being Democrat and Republican is more like a religious affiliation,” he said. “We’ve had this kind of sorting ... people’s identities are getting linked to that.”

A survey conducted by the Pew Research Center in July and August shows that few Trump or Biden supporters have close friends who back the opposing candidate.

And while there’s still a large chunk of people who call themselves independent, “a number of independents are leaners,” Schaefer said. Those in the middle who support candidates in both parties, “there are fewer of them,” he said.

The rise of partisan media outlets since the Florida recount debacle and the ascent of social media mean people can search out only the information they want to hear and can have online friends whose views exactly mirror theirs.

“The two parties have moved father apart but they’ve also made it that their followers will think it will be a disaster,” if the other party’s candidate wins, he said.

Social media has also made it acceptable for people to say horrible things about each other, he said. It’s easy to argue with someone you don’t know.

“I think there are some people who enjoy it,” Schaefer said. “I get enraged too. I have to step back.”

What can be done?

As Schaefer noted, just because you can say something doesn’t mean you should. Jacobs encourages people of diverse views to speak, but nicely. And listen to each other.

Those roles have generally involved providing information to visitors and visitors listening, with little if any interaction. It wasn’t a conversation. Over the last few years the profession of interpreter has moved toward starting to have conversations with visitors.

“This is especially true at controversial sites,” Jacobs said.

Her side interest in bringing people with differing views together stems from a best friend in college. They were “complete political opposites” and would get into passionate debates. Then they’d head to lunch together, like lawyers who had just battled it out in court then went out for coffee.

“One of the things I really appreciated about him — yes, he was passionate about his beliefs, but we also really listened to each other,” Jacobs said. “Kind of from that root is sort of where my interest began.”

Common ground is out there, but it might take some work outside one’s comfort zone.

While today's world feels very "if you're not with us, you're against us," some organizations are working to bring people together.

• Citizen University offers programs that bring people together for discussion, fellowship and other ways of fostering civic spirit. Ellensburg resident Emily Jacobs has participated in one she especially likes called Civic Saturday.

• Living Room Conversations provides topics for discussion, a format to follow and downloadable discussions. The conversational model was developed to facilitate connection between people despite their differences, and help identify areas of common ground and shared understanding.

• Braver Angels aims to unite red and blue Americans. Members engage those they disagree with and look for common ground and ways to work together.

Those who would like to be involved in an initiative to start a Central Washington affiliate of Braver Angels should email BACentralWashington@gmail.com.

Yakima Valley voters share their thoughts on picking a president

With ballots arriving in mailboxes this week in the Yakima Valley, people have started voting.