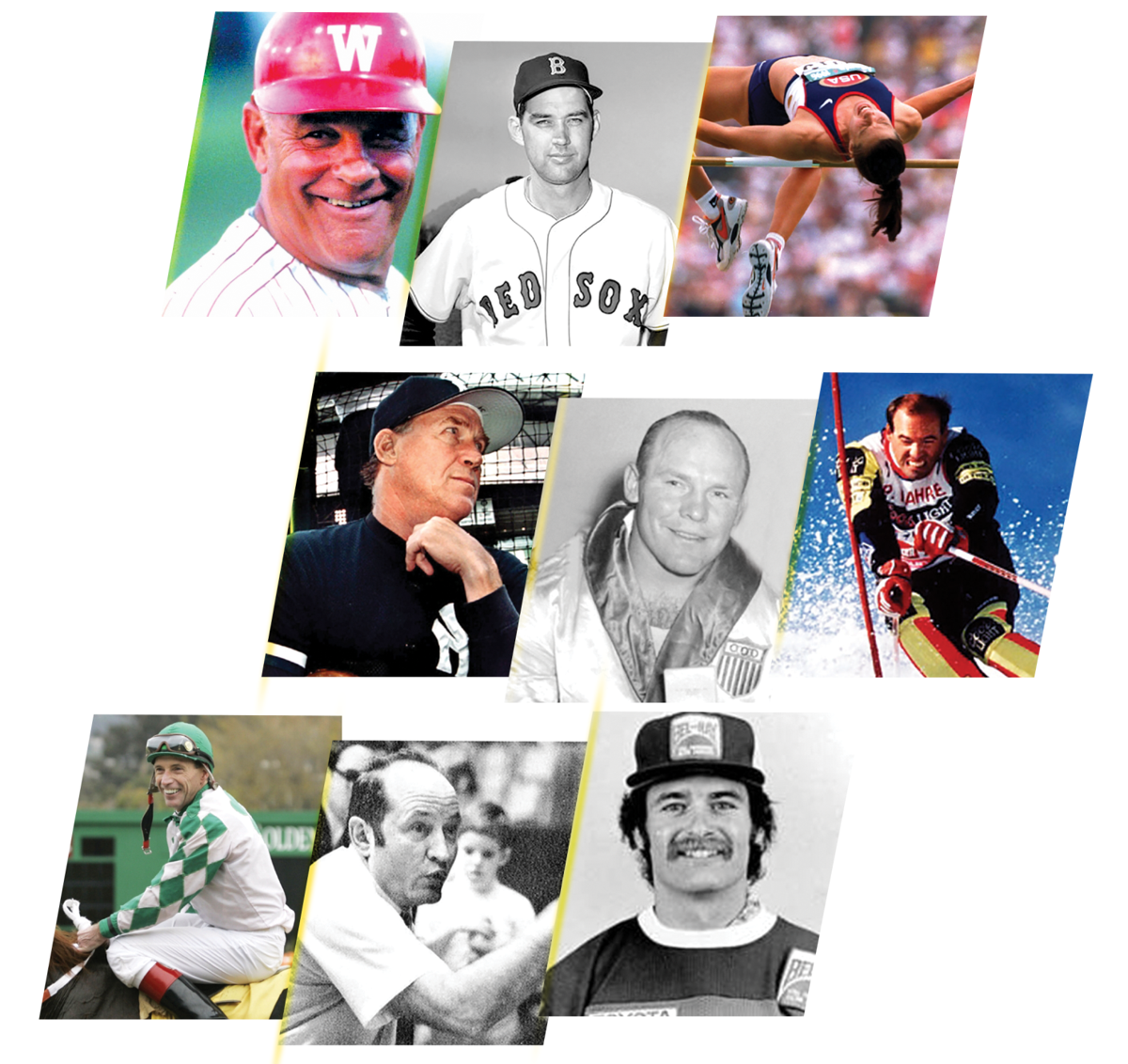 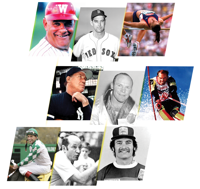 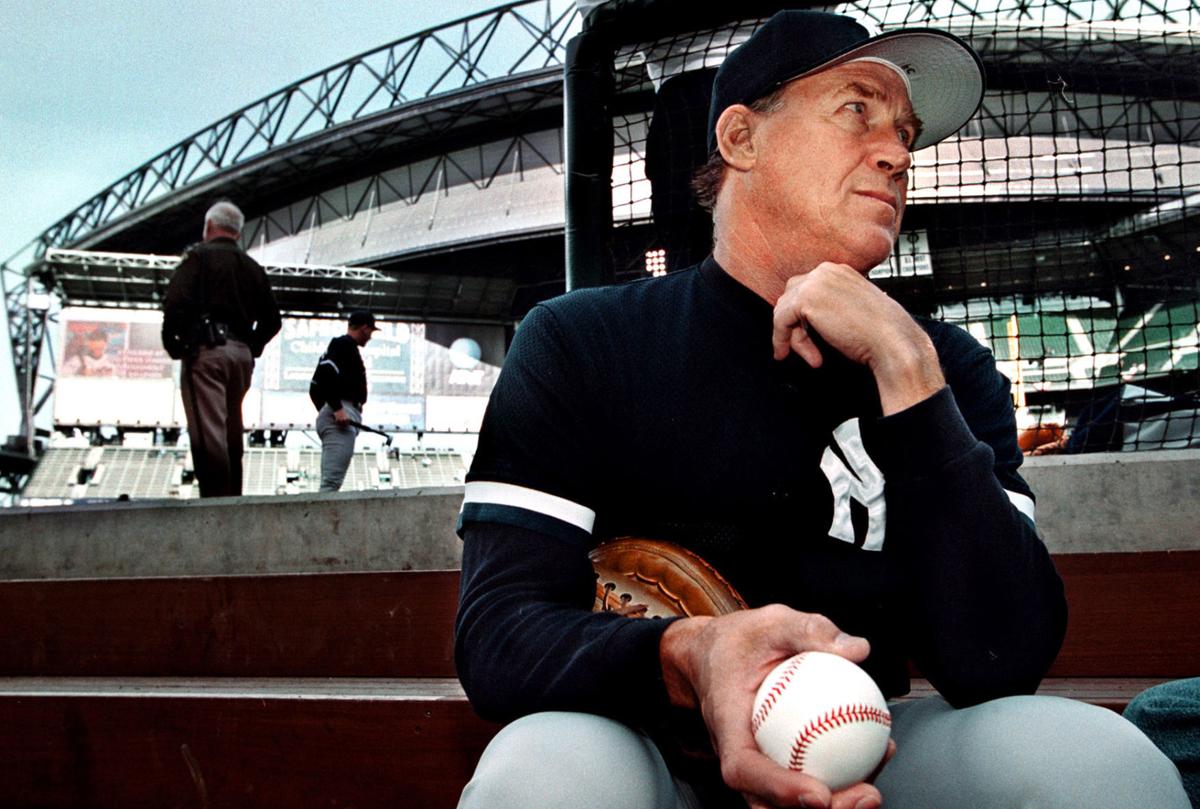 Mel Stottlemyre Sr. was both a standout pitcher and pitching coach in Major League Baseball.

After graduating from Mabton High School, Stottlemyre pitched one season at Yakima Valley College before signing to play for the New York Yankees.

He was the ace of the Yankees staff from 1964-74, comping a 164-139 record and earning All-Star recognition five times. Stottlemyre won 15 games or more seven times in his 11-year career, and reached the 20-win mark three times. 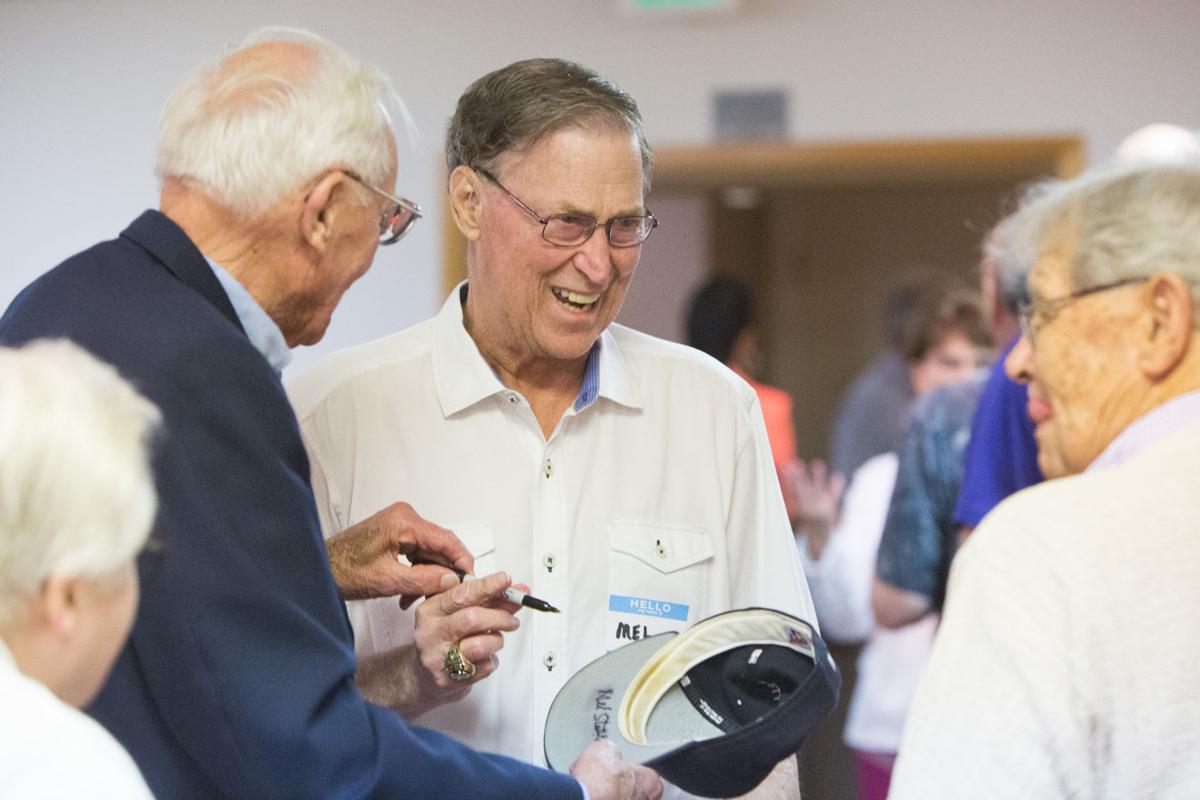 Mel Stottlemyre Sr. was both a standout pitcher and pitching coach in Major League Baseball.

After graduating from Mabton High School, Stottlemyre pitched one season at Yakima Valley College before signing to play for the New York Yankees.

He was the ace of the Yankees staff from 1964-74, comping a 164-139 record and earning All-Star recognition five times. Stottlemyre won 15 games or more seven times in his 11-year career, and reached the 20-win mark three times.

YAKIMA, Wash. -- Mel Stottlemyre, a Mabton native and five-time All-Star with the New York Yankees who later won five World Series as a pitching coach, died Sunday after a nearly two-decade battle with cancer. He was 77.

The man who has a plaque  in Monument Park at Yankee Stadium never forgot where he came from, friends say.

Stottlemyre went 9-3 down the stretch in ’64, helping New York make the World Series. He started three games in that Series, winning one and losing one as the Yankees lost 4-3 to the St. Louis Cardinals of Bob Gibson and Lou Brock.

It would be his only Fall Classic appearance as a player. Stottlemyre, who is listed as the 22nd best Yankee of all time by Baseball-Reference.com, arrived at the tail end of the team’s midcentury golden era. The Yankees went to 14 World Series in 16 seasons from 1949 to 1964, winning nine of them, then didn’t make another Series until 1976, two years after Stottlemyre hung up his spikes.

Stottlemyre left the Yankees after 2005, returned to Major League Baseball in 2008 as Mariners pitching coach and retired after that season. Two of his sons, Todd and Mel Jr., also pitched in the Major Leagues, the former for 15 seasons, the latter for one.

That’s only part of Stottlemyre’s legacy, however. Locally, he was both larger than life and just a regular guy, according to those who knew him. He raised his family in the Yakima Valley, started the Mel Stottlemyre Baseball Camp here and contributed regularly to youth baseball causes even after moving to the Seattle area.

Garretson’s first encounter with Stottlemyre was when they were both playing American Legion ball. It was the district championship. Garretson and the Yakima team were facing the Lower Valley squad on which Stottlemyre was the ace pitcher.

“Our guy threw a no-hitter,” Garretson said. “Mel was their top pitcher, and he threw a one-hitter, and we beat them 1-0.”

Not long after losing that game, though, Stottlemyre was on his way. He graduated from Mabton High in 1959 and enrolled at Yakima Valley Community College. After leaving for a brief stint at Central Washington University, Stottlemyre returned to YVCC and was spotted there by famed Yankees scout Eddie Taylor. By the end of 1961, the team had made him an offer.

“I asked my dad whether he thought I should leave school and sign with the Yankees,” Stottlemyre told Yankees Magazine for a feature published in 2016. “He said, ‘If you don’t take this opportunity and try it, you’ll wonder for the rest of your life how far you could have gone.’ That was all I needed to hear. I decided to give professional baseball a shot.”

It was quite a journey for Stottlemyre, Garretson said. But he never forgot his Yakima Valley upbringing.

“Mel was very unassuming,” Garretson said. “The Stottlemyre family is an outstanding family — very, very kind, nice people — and Mel was all of that. He always told his boys, ‘remember where you came from.’”

Even after being diagnosed with cancer in 2000, Stottlemyre made a point of helping out when he could, said Jim Scoggins, who was sports editor of the Yakima Herald-Republic from 1971 to 1998. Stottlemyre was heavily involved in the Yakima-based Parker Youth & Sports Foundation. In addition to being an honorary board member of the nonprofit organization, Stottlemyre spoke at its events and donated when he could.

“He always brought something from the Yankees or the Mariners to auction off for their fundraiser each year,” Scoggins said.

And the baseball camp he started with lifelong friend Mel Moore was renowned for drawing young players from throughout the region.

“Having him there was the reason kids would flock from all around to that camp,” Scoggins said.

Even as the center of attention, though, Stottlemyre remained unassuming. If you didn’t know who he was, Scoggins said, you could talk with him for a good long time and walk away without realizing you’d just met one of the Yakima Valley’s greatest athletes and a New York Yankees legend.

Stottlemyre was inducted last year as part of the Central Washington Sports Hall of Fame’s inaugural class.  There have been others from here who have achieved athletic glory but very few if any did more than Mel Stottlemyre.

“He’s got to be close to the top,” Scoggins said.

Larry Stone column: Mel Stottlemyre was a great player and coach, and a better man

When I was working at the Yakima Herald-Republic in the early 1980s, I did a story on Harlond Clift, a former major-league star who in his old…