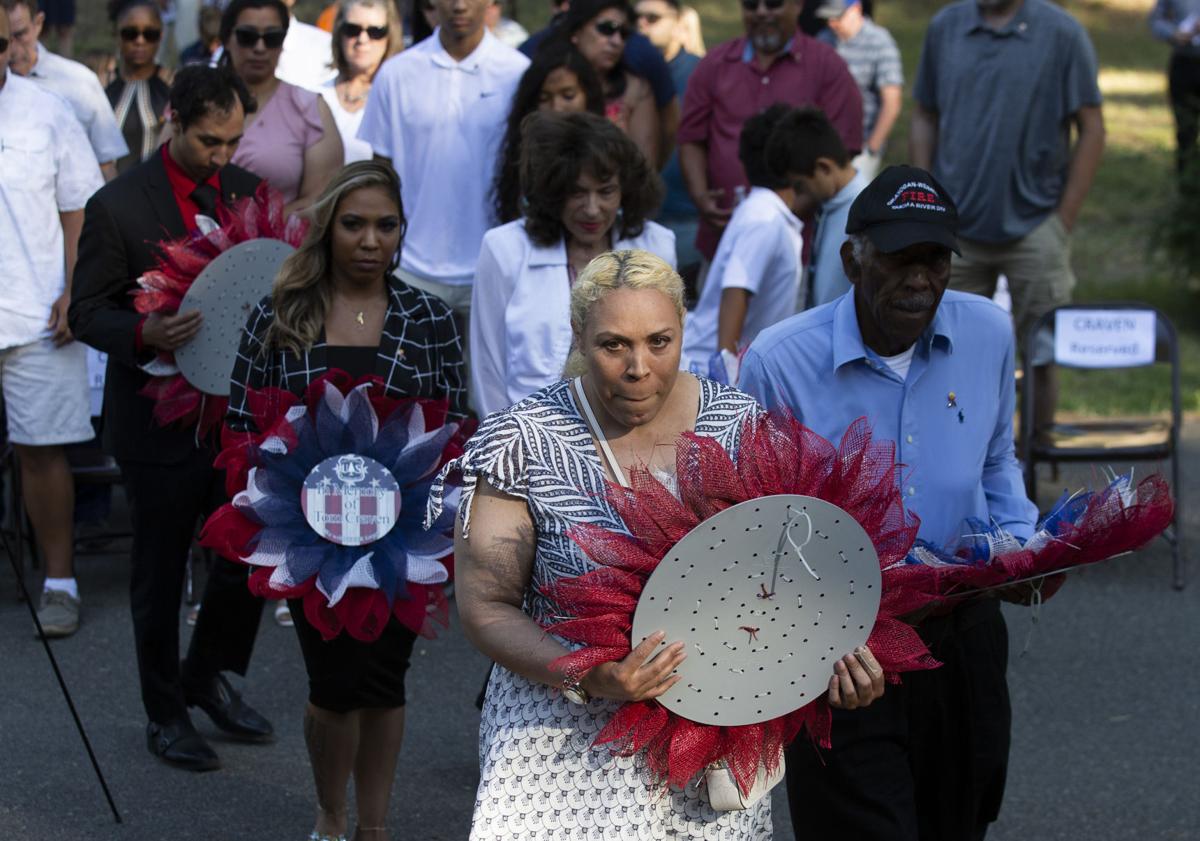 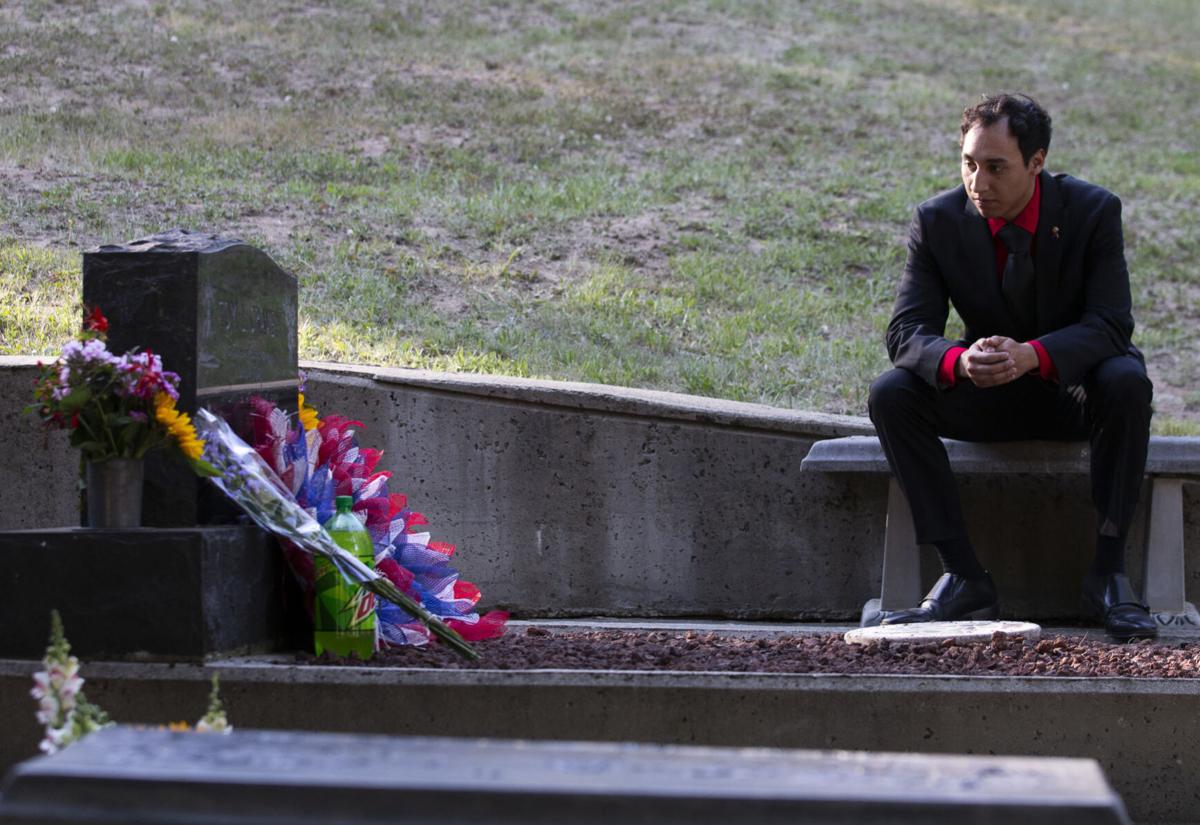 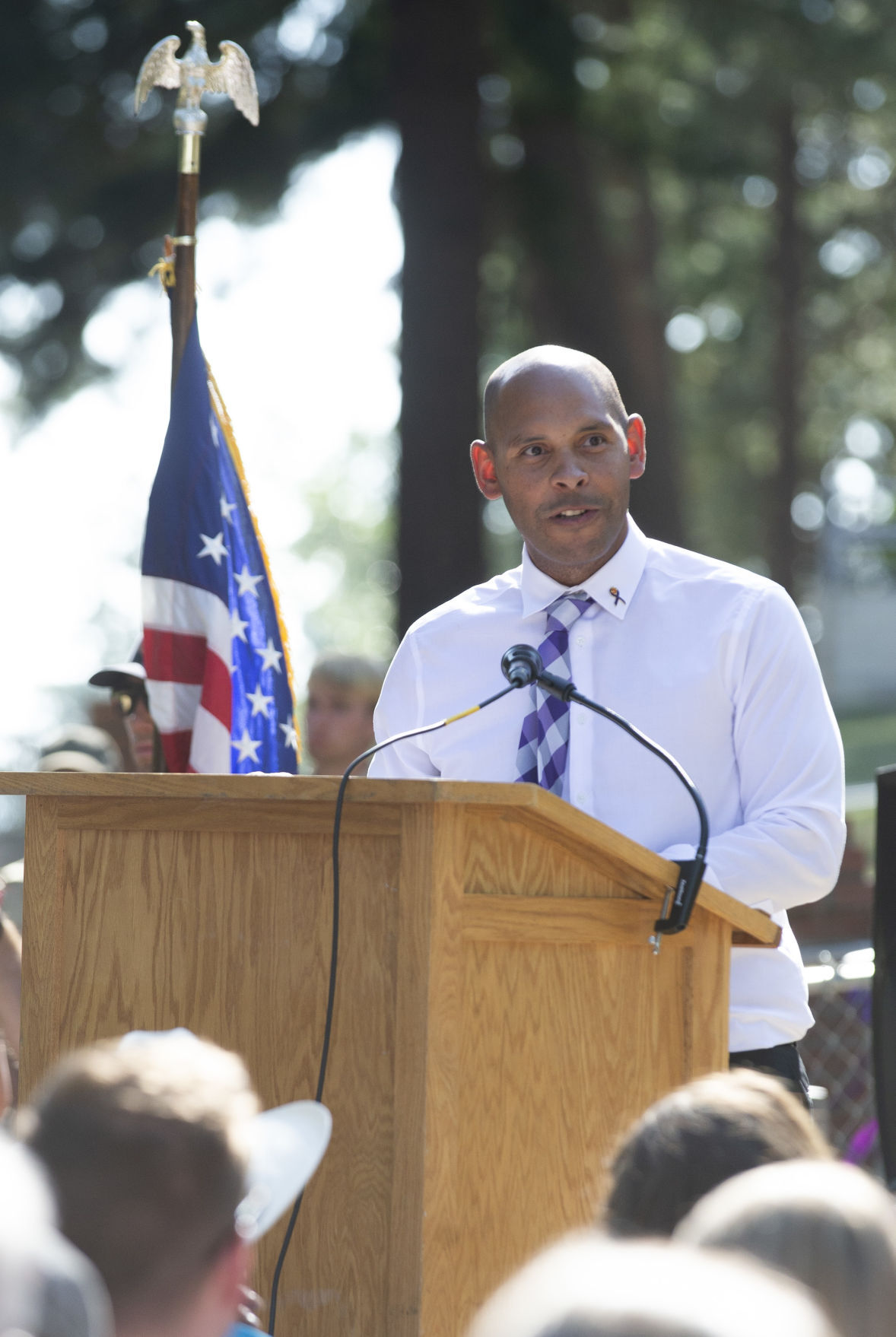 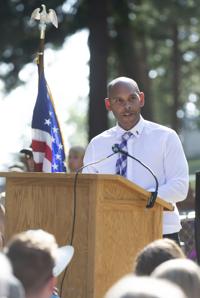 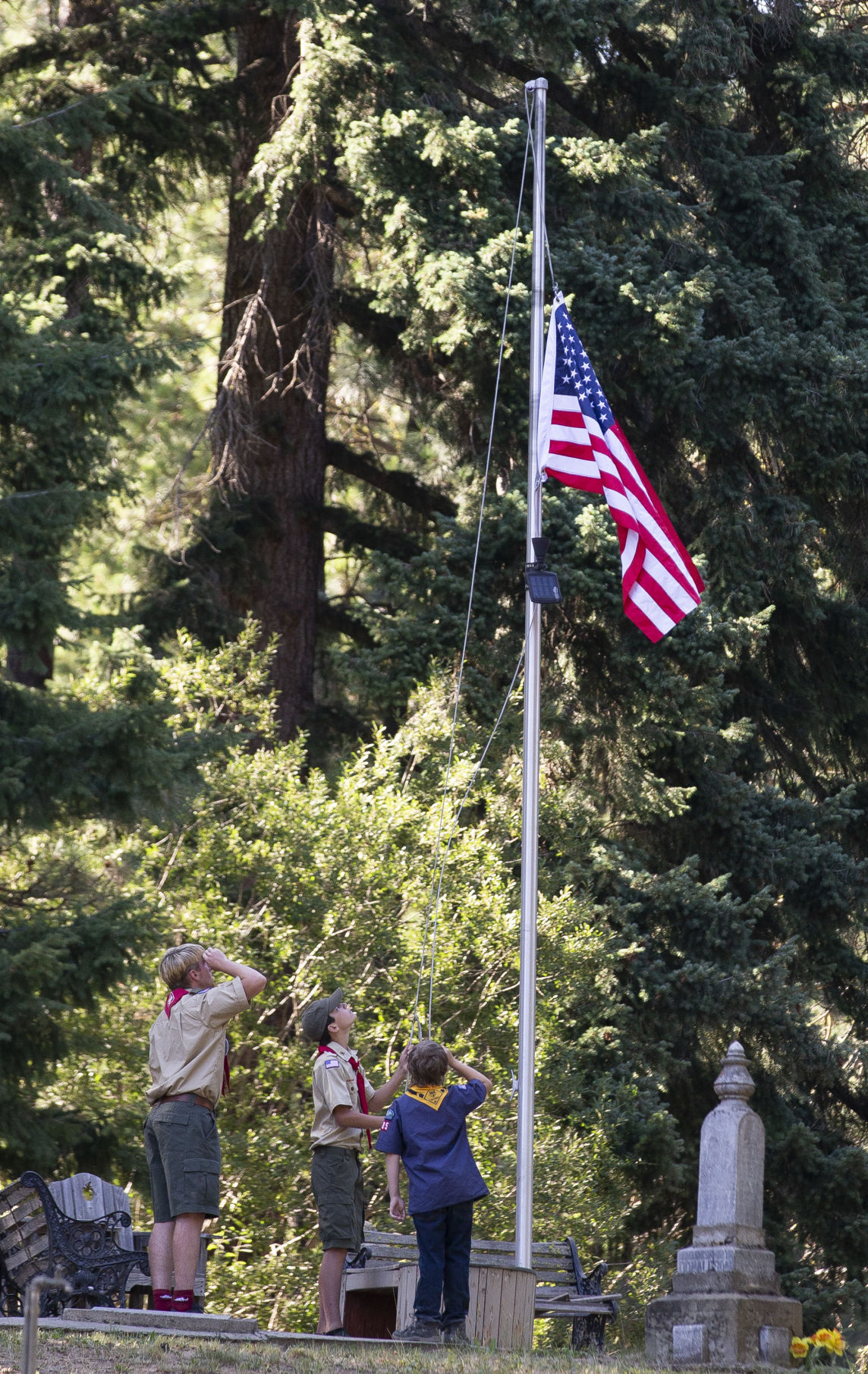 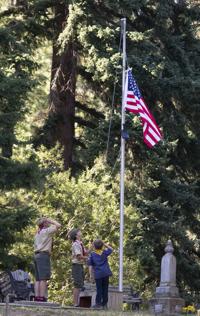 Several hundred people gathered Saturday evening at the Roslyn Cemetery to honor four firefighters who died 20 years ago in the Thirtymile Fire.

Saturday was the 20-year anniversary of the Thirtymile Fire, which on July 10, 2001, burned more than 9,300 acres of land and killed four firefighters in the Chewuch River Valley north of Winthrop.

The firefighters — Tom Craven, 30, of Roslyn and Karen FitzPatrick, 18, Jessica Johnson, 19, and Devin Weaver, 21, all of Yakima — died from inhaling superheated gases that got inside their fire shelters, which could not be properly sealed on the rocky terrain of the Chewuch River Valley.

One memorial to the four was built on the hillside where they died, and another was built at the Mt. Olivet Black Cemetery on Memorial Street in Roslyn. The memorial event on Saturday was hosted at the cemetery by the Craven family, longtime Roslyn residents.

The Craven family handed out purple ribbons for attendees to wear in remembrance. Red, white and blue wreaths were placed on the graves of Tom, Karen, Jessica and Devin by their family members at the end of the event.

KC Craven, brother of Tom Craven, said the tragedy led to many positive changes, including safety-driven changes within the U.S. Forest Service and Department of Natural Resources.

Investigations by the Yakima Herald-Republic and later the U.S. Forest Service found that multiple mistakes were made. All 10 standard firefighting orders were violated, as well as 10 out of 18 “watch out” situations.

The Okanogan-Wenatchee National Forest also marked the anniversary in a ceremony on Saturday that was broadcast on social media.

Alex Robinson, director for fire and aviation for Washington, Oregon and Alaska, spoke at the Okanogan-Wenatchee event. He said the fire put more focus on the problem of firefighter fatigue and the need to give people enough rest. It showed that a single person shouldn’t be burdened with multiple duties, he said.

“The conditions these firefighters were in are being addressed today,” said Kittitas County Commissioner Laura Osiadacz. “Since this tragic event, we have addressed many of the factors that create deadly conditions.”

Osiadacz said that Tom, Karen, Jessica and Devin will always be remembered and honored in Kittitas County for their selfless bravery.

Kathie FitzPatrick, mother of Karen FitzPatrick, expressed gratitude for all those who continue to tell stories about her daughter.

“It’s hard to believe that it’s been 20 years,” she said. “Just when I think it’s over, people keep remembering Karen.”

Karen had been unsure about her career direction since high school and once told her mom that she did not believe that she would live past a certain age, Kathie said. As a religious woman, Karen told her mom that God was telling her that her life would not be long.

Jason Emhoff, who was with Tom, Karen, Jessica and Devin on the day of their death and was seriously burned in the fire, said the Thirtymile Fire affected him deeply and has left a mark on his colleagues at the Naches Ranger District.

He spoke about his friendship with Tom and the ways Tom inspired him in his career.

“Tom became an integral part of my growth,” Emhoff said. “We headed up that hill together (on July 10, 2001), following Tom and his ability to stay calm.”

The Naches Ranger District has an image of firefighters climbing up a hill on the back of the crew shirts they wear every day, Emhoff said. They wear the image on their uniform as a reminder of the Thirtymile Fire.

Emhoff presented a uniform shirt with the image to the Craven family.

“Every wildfire season, men and women leave their homes and families to protect our natural resources and communities. They protect us despite not meeting or knowing us,” state Rep. Tom Dent said.

Last year, Washington had over 700,000 acres consumed by wildfires, Dent said. It was one of the most severe wildfire seasons in the state’s history.

This story has been updated to correct the names of Kathie and Karen FitzPatrick.