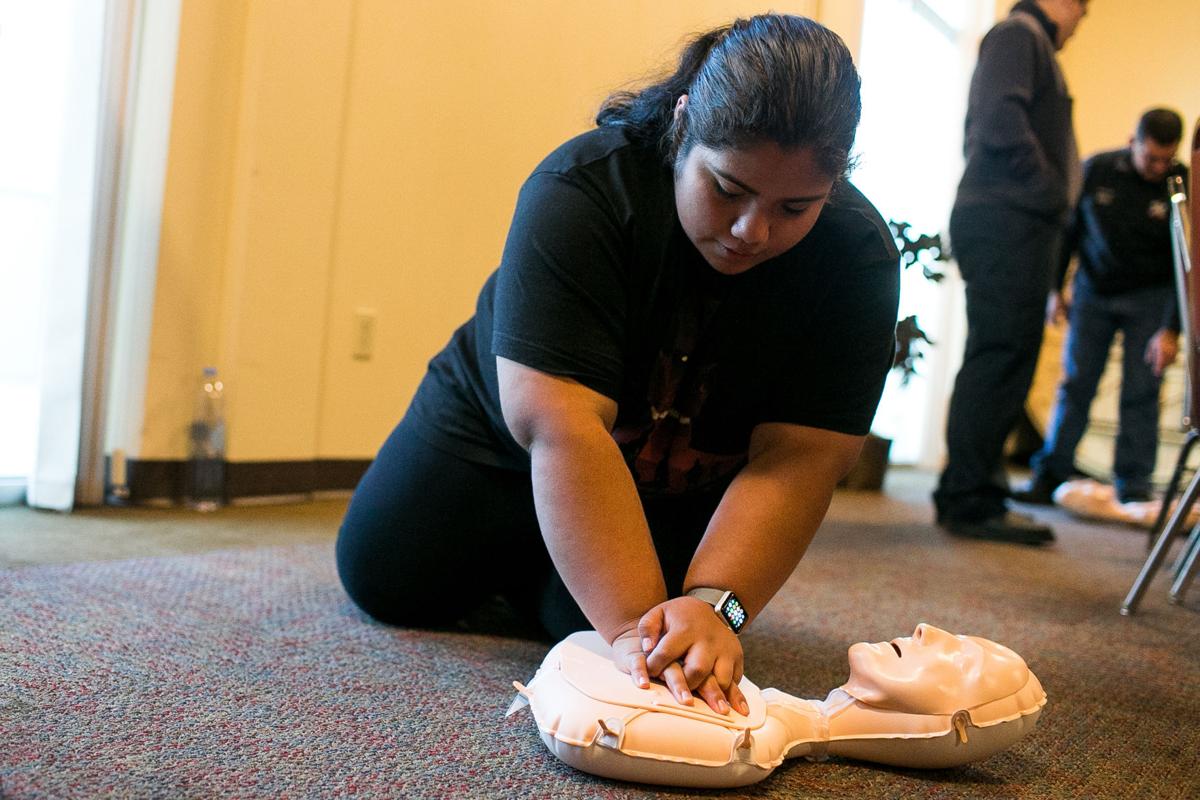 Margarita Capetillo, a temporary employee for the weekend’s Central Washington Fair, learns to perform CPR chest compressions on Wednesday, Sept. 20, 2017, at the SunDome in Yakima, Wash. Capetillo, of Yakima, will work as a clerk in the Agriculture Building. (JOVELLE TAMAYO/Yakima Herald-Republic) 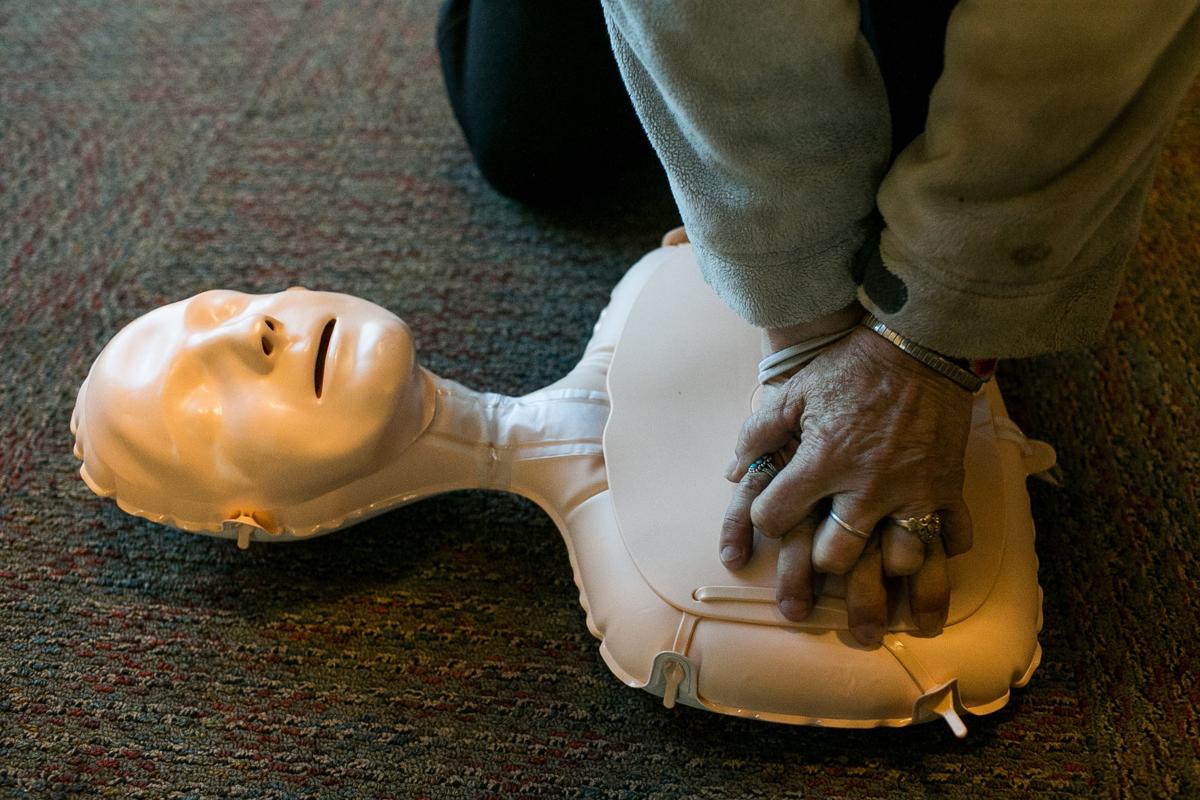 Margarita Capetillo, a temporary employee for the weekend’s Central Washington Fair, learns to perform CPR chest compressions on Wednesday, Sept. 20, 2017, at the SunDome in Yakima, Wash. Capetillo, of Yakima, will work as a clerk in the Agriculture Building. (JOVELLE TAMAYO/Yakima Herald-Republic)

YAKIMA, Wash. -- On its busiest days, the Central Washington State Fair sees close to 60,000 people pass through its entrance gates.

But only a small number of emergency responders are on site.

So this year, the fair teamed up with Yakima County Emergency Medical Services to train all 300-plus fairground employees in how to administer CPR in the event of a medical emergency.

“They have workers all over — they’ve got the most eyes,” said Tony Miller, director of the county’s EMS department. “I figured, you know what, if anything’s going to happen, these people are going to be right there.”

On Wednesday, as part of their orientation, workers from facility groundskeepers to parking lot attendants to ticket sellers practiced chest compressions on mannequins provided by EMS, while firefighters and EMTs instructed them in proper technique.

Yakima County has a fairly low rate of “bystander CPR,” which is CPR administered by someone who’s not an emergency responder. Nationally, bystanders perform CPR in about 46 percent of cases of cardiac arrest outside of a hospital, according to the American Heart Association. In Yakima, that number is around 33 percent, Miller said.

Starting CPR right away when someone has a cardiac arrest is crucial in increasing the chance of survival, Miller said. If nearby bystanders can get it started, it can help keep the person alive until emergency responders arrive and take over.

“Obviously, we hope we never have to use it,” said Greg Lybeck, assistant general manager for the fair. “But I think it’s a big step for us to take, that if there is an issue, maybe it will help someone or save someone’s life.”

There’s one defibrillator on site at State Fair Park, plus several at the first aid station, and all Yakima fire engines carry defibrillators. Lybeck said the park’s defibrillator was used during the Bernie Sanders rally to save a life last year.

No cardiac arrests have occurred at the fair itself for several years, Lybeck and Miller said, but they want to be prepared.

Chest compressions are hard work: The trainers on Wednesday advised fair employees to perform CPR for only two minutes before switching with someone else, because their arms will start to fatigue and their aid will start to become less effective after that.

Trainers used a metronome to show employees how fast they should be going, which is 120 compressions per minute. The tempo of the songs “Another One Bites the Dust” and “Stayin’ Alive” is a good way to remember the proper rate.

As for when to administer CPR, Miller told employees to immediately approach if someone collapses to the ground. To test whether they’re unresponsive, they need to “shake and shout” — “You don’t want to perform CPR on someone who’s sleeping,” he said — and check if the person is breathing at all or abnormally.

But, he said, “Better to have them say ‘I’m sore’ afterward than not say anything.”