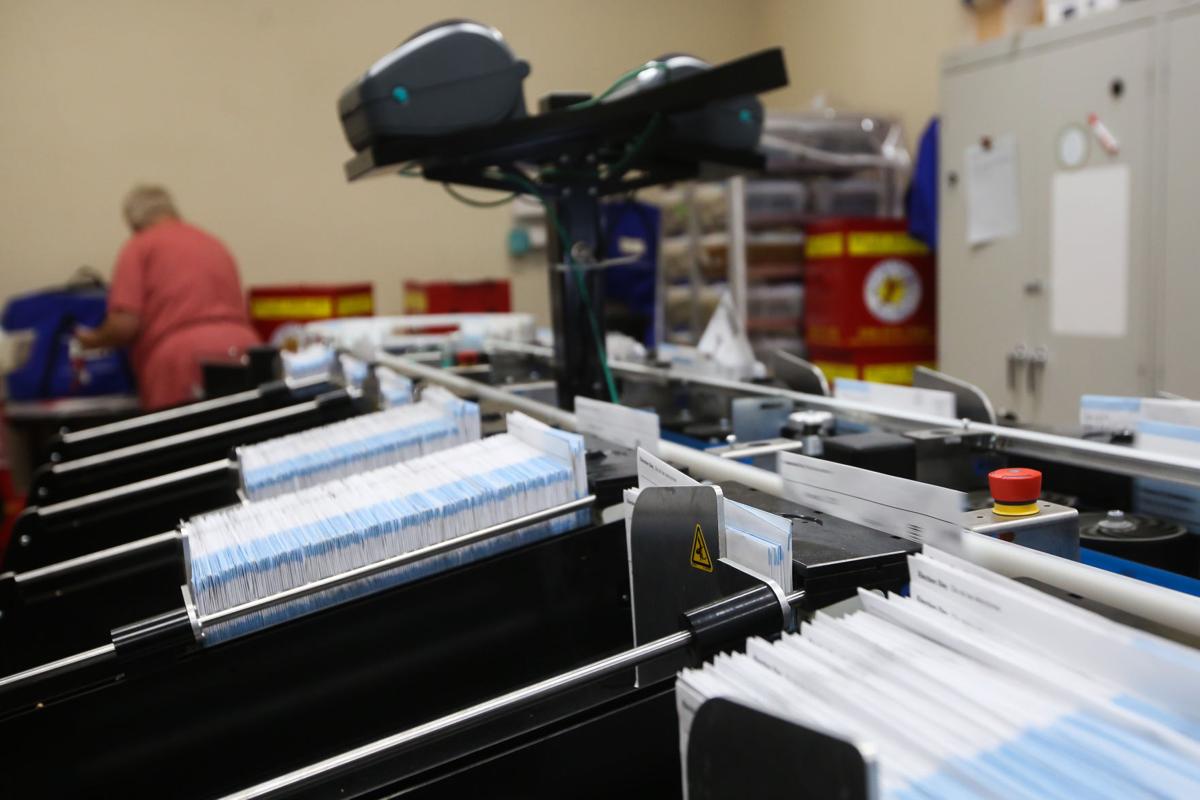 Mail-in ballots run through an inventory machine for the general election at the Auditor’s office in Yakima, Wash., Wednesday, Nov. 4, 2020. 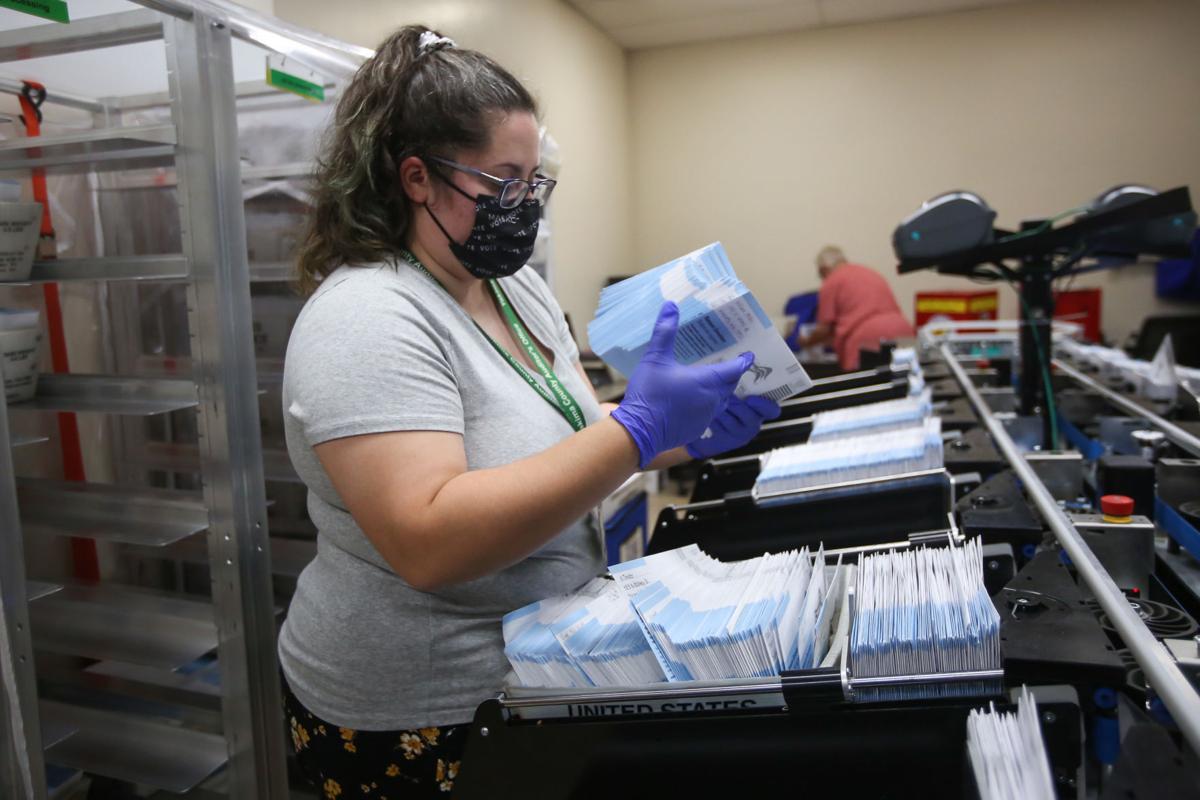 Mail-in ballots run through an inventory machine for the general election at the Auditor’s office in Yakima, Wash., Wednesday, Nov. 4, 2020.

The Yakima County elections office has received 92,212 ballots for a return rate of 72.3%.

Mailed ballots are still expected to trickle in, but at much smaller numbers. On Thursday, the office received 139 ballots.

“It will be less than that from now on,” said County Auditor Charles Ross.

The return rate this election is significantly shy of the 80% the elections office anticipated. But Ross said that’s not the full story.

Voter registration has increased significantly in the past four years, in part because people are automatically registered to vote when they get a driver’s license in Washington state.

But voter participation did increase significantly this election. That larger pool just watered down the ratio.

In the 2016 presidential election, Yakima County saw a 71% return, or 81,313 ballots. That means this election, there have been about 11,000 more ballots returned, a significant gain in voter participation.

Ross said election officials are processing roughly 7,000 ballots a day. He estimated that, including a working day Saturday, they might have the brunt of the ballot processing work done by the middle of next week.

He said a high volume of write-ins for the lieutenant governor position — which require the ballots be individually processed by election officials — is slowing down the count. Two Democrats were on the ballot, with Republican Joshua Freed, former Bothell mayor, was running as a write-in. About 26% of votes went to write-ins in Yakima County in that race.

U.S. Rep. Denny Heck, who is retiring from Congress, beat fellow Democratic Sen. Marko Liias with nearly 47% of the vote in statewide results.

As of 3:30 p.m. Wednesday, 57,970 ballots have been counted in Yakima County. The outcome of local races remained unchanged.

The breakdown on the Yakima County commissioner race for Position 1 was the same Thursday. Amanda McKinney had 54% of the total, and Vicki Baker had 44%. McKinney will take office after results are certified on Nov. 24 since Baker was appointed. Both are Republicans.

Yakima elections staff is almost finished vetting ballot envelope signatures to ensure they match voter registration records. Ross expected that would be complete Friday. Then, officials would be in full-speed contacting individuals whose signature did not match or whose envelope was unsigned to get a verified signature and process the ballot.

He said a lot of new voters were unfamiliar with the ballot process and submitted ballots without signatures. In Washington state, election officials have until the day of certified results on Nov. 24 to cure any signature problems.

“We have more than two solid weeks to fix that problem,” Ross said.