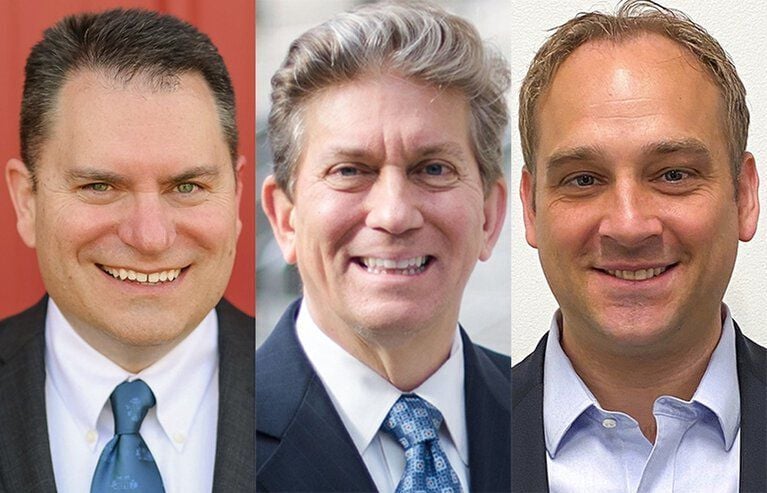 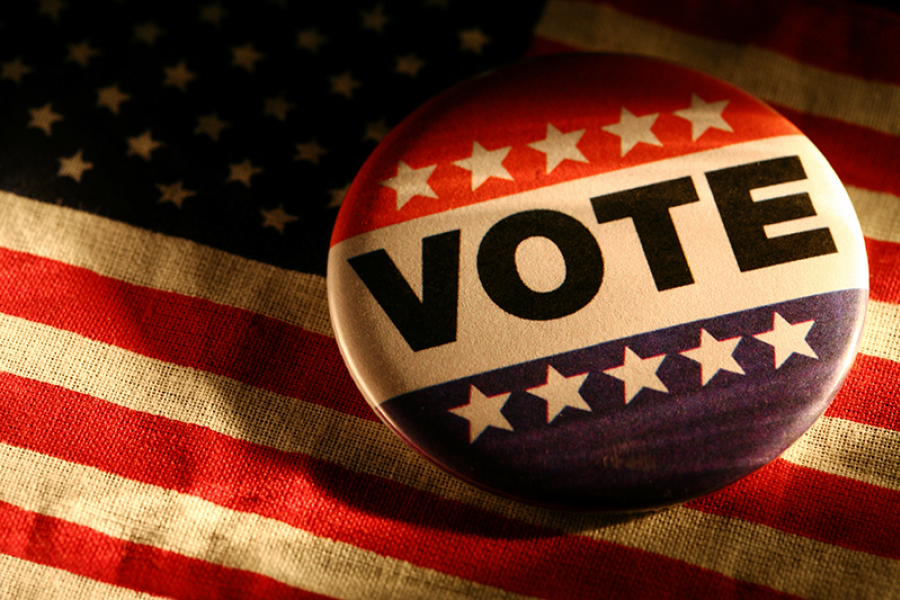 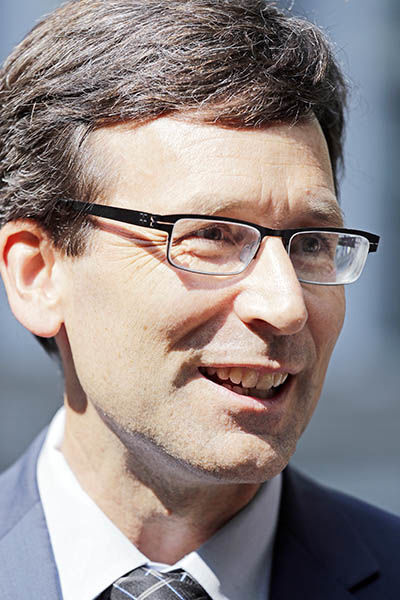 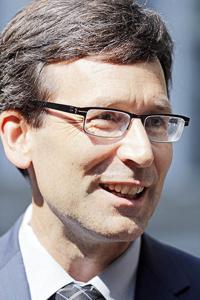 In 2016, Washington state Attorney General Bob Ferguson was elected to a second term with no Republican even bothering to challenge him. He took 67% of the vote against a Libertarian.

Over the ensuing three-and-a-half years, Ferguson has emerged as a leading figure in the Democratic resistance to the Trump administration. His office has sued the administration 69 times, challenging immigration restrictions, environmental rollbacks and other policies.

Republicans have taken notice, and this year three GOP attorneys are competing in the Aug. 4 primary for a chance to take on Ferguson in November.

The attorneys, Mike Vaska, Matt Larkin and Brett Rogers, say Ferguson’s obsession with the Trump administration has come at the expense of local concerns, such as a rash of assaults at the King County courthouse and the takeover of six city blocks by protesters.

Vaska said the public-safety crisis at the courthouse — which led a King County Superior Court judge to order the temporary closure of the Third Avenue entrance in December — was the final “kick in the pants” that led him to challenge Ferguson.

“For me the issue in the race is: ‘Do you feel safer now than you did four years ago?’” Vaska said.

While the Attorney General’s Office does not manage local police and is rarely involved in criminal prosecutions, Vaska said if elected he would use the bully pulpit to bring together leaders and find solutions to such problems.

“I would say something publicly. This is unacceptable. It’s not just the facts, it’s the appearance that we can’t protect people seeking justice,” he said.

The courthouse entrance was closed after a rash of incidents of harassment and street violence outside the facility, capped by an unprovoked assault on an attorney and a bus driver.

Vaska, 59, who lives in Issaquah, has worked for the Seattle law firm Foster Garvey (formerly Foster Pepper) since 1984. He handles complex business cases, including antitrust disputes. He has been a leader in major civic initiatives, including Sound Transit’s light-rail project.

He also has chaired the Mainstream Republicans of Washington, a organization of moderate Republicans who have found themselves out of step with the Trump-era base of the GOP.

Vaska won’t say whether he supports or opposes Trump’s reelection. “I am not endorsing any candidates for any races. Period,” he said.

While states often wind up in legal disputes with the federal government, Vaska said Ferguson has unnecessarily politicized such lawsuits since Trump took office.

“He has made every lawsuit against the federal government a lawsuit against Trump — even the ones that have nothing to do with Trump,” Vaska said, citing a case Ferguson’s office joined objecting to the Navy scraping the hulls of decommissioned vessels in Puget Sound.

Vaska said if elected he’d set up a “transparent process” to determine whether to pursue federal lawsuits. “It will not be about who is the president. It will be about the law and the harm to our state,” he said.

Larkin, 38, works as legal counsel for Romac, his family’s longtime manufacturing business in Bothell. The company, started by his grandfather, makes pipe-related products for water and sewer systems.

Larkin said the homelessness crisis should be a priority. “Even the most liberal of my friends say it is out of control,” Larkin said.

The attorney general has “a very big podium,” he said, and could make that issue a priority. “The real root of the problem is we have got a mental illness problem and an addiction problem,” Larkin said.

Larkin previously worked for a few months as a prosecutor in Pierce County and before that as a fact checker and speechwriter for President George W. Bush for about a year.

He said he brings “much more diverse” experience than his rivals in the GOP race.

Larkin said he supports Trump’s reelection, and likes his policies, including tax cuts, but said he has “a lot of issues with his language and tactics.”

Rogers, a former Seattle police officer who now works for the department as a civilian managing the parking-enforcement unit, said he supports Trump and was motivated in part to run for office by Ferguson’s “obstructionist” lawsuits.

While he has not raised as much money as his rivals, Rogers said he is banking on support from grassroots Republicans, and has been attending some rallies with Loren Culp, the conservative gubernatorial candidate and small-town police chief.

Rogers, 50, served as a sworn Seattle police officer for 18 years, ending in 2014. He went to law school and passed the bar while working, and then maintained a side solo practice in his hometown of Lake Stevens. He returned to SPD in the parking-enforcement role last year.

Part of his career at SPD was spent working on internal investigations and Rogers said he wants to bring a sense of accountability to state government, which he says has suffered too long from one-party rule.

Like his rivals, Rogers emphasizes public safety, and he criticized Ferguson for a lack of response to the Seattle protesters who occupied part of the Capitol Hill neighborhood for weeks.

“People that lived and owned businesses in that area were inconvenienced and frightened,” he said.

“I would have advised him that what he was doing is unconstitutional on a number of fronts,” Rogers said.

In a statement through a campaign spokesman, Ferguson responded to the criticism by his three opponents.

“Holding powerful interests accountable has always been my priority as Attorney General, from protecting consumers from fraud, to prosecuting big polluters, to challenging illegal actions by the Trump administration,” he said.

Ferguson’s office keeps score on his Trump lawsuits, saying he has won 30, while losing just one on the merits.

Ferguson has raised more than $3.4 million.