Sign Up
Log In
Purchase a Subscription
You are the owner of this article.
Edit Article Add New Article
You have permission to edit this article.
Edit
Home
News
Bottom Line
Sports
SCENE
Valley Verve
Photos & Video
Opinion
Obituaries
Unleashed
Classifieds
The Vanished
1 of 4 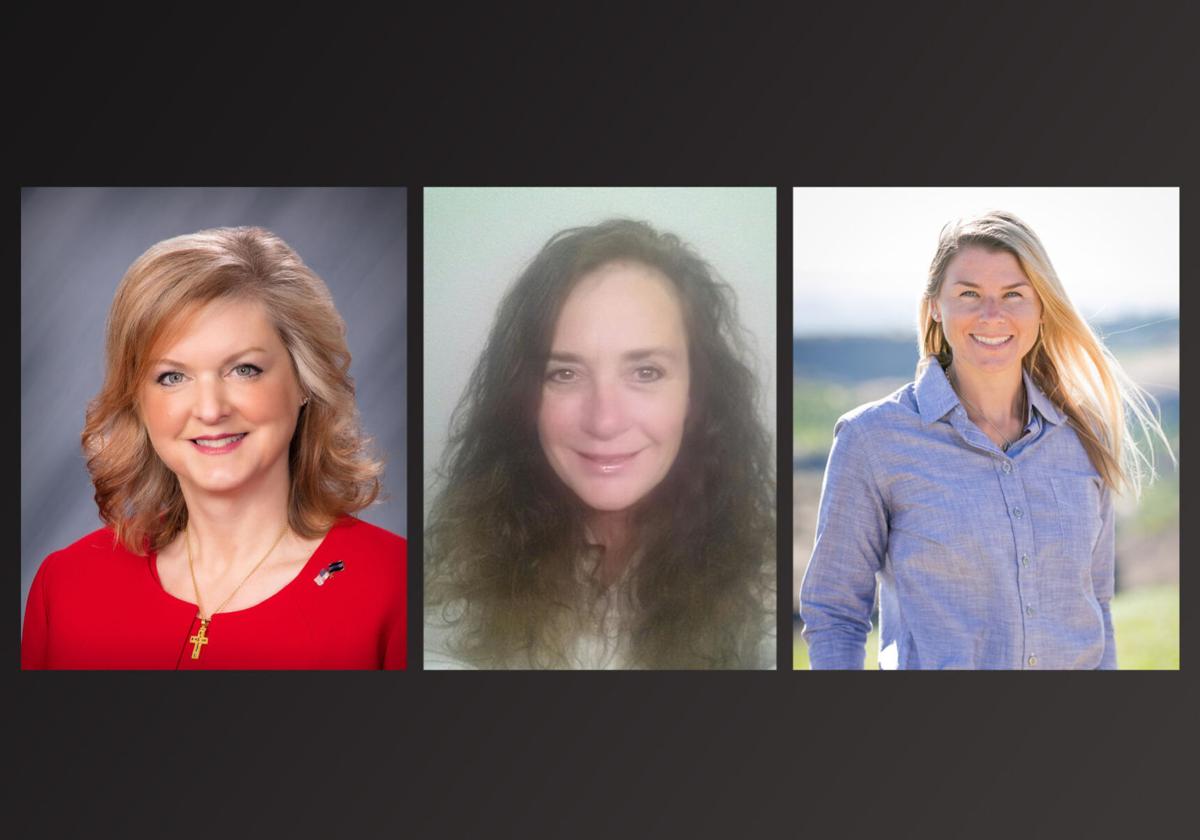 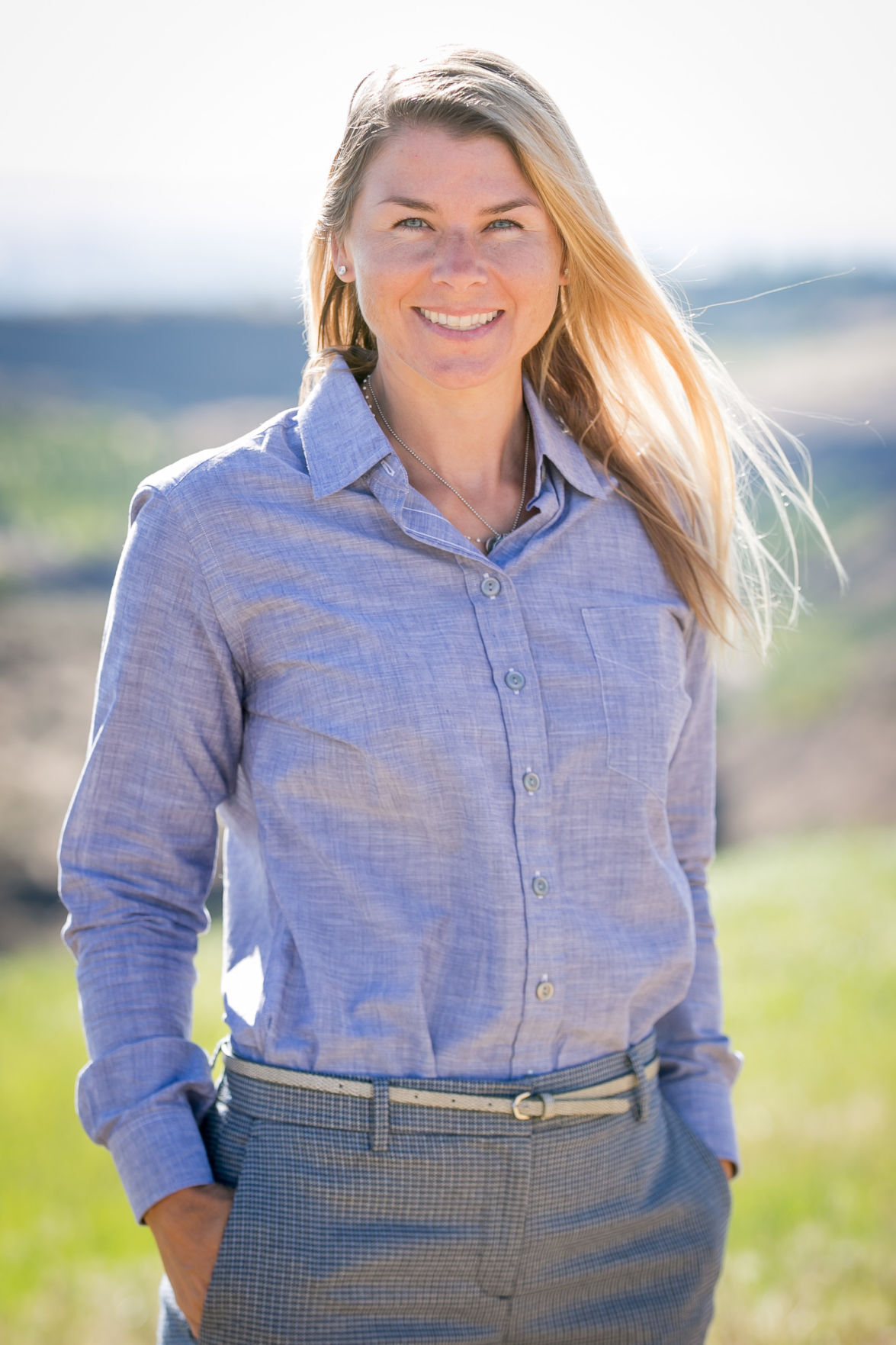 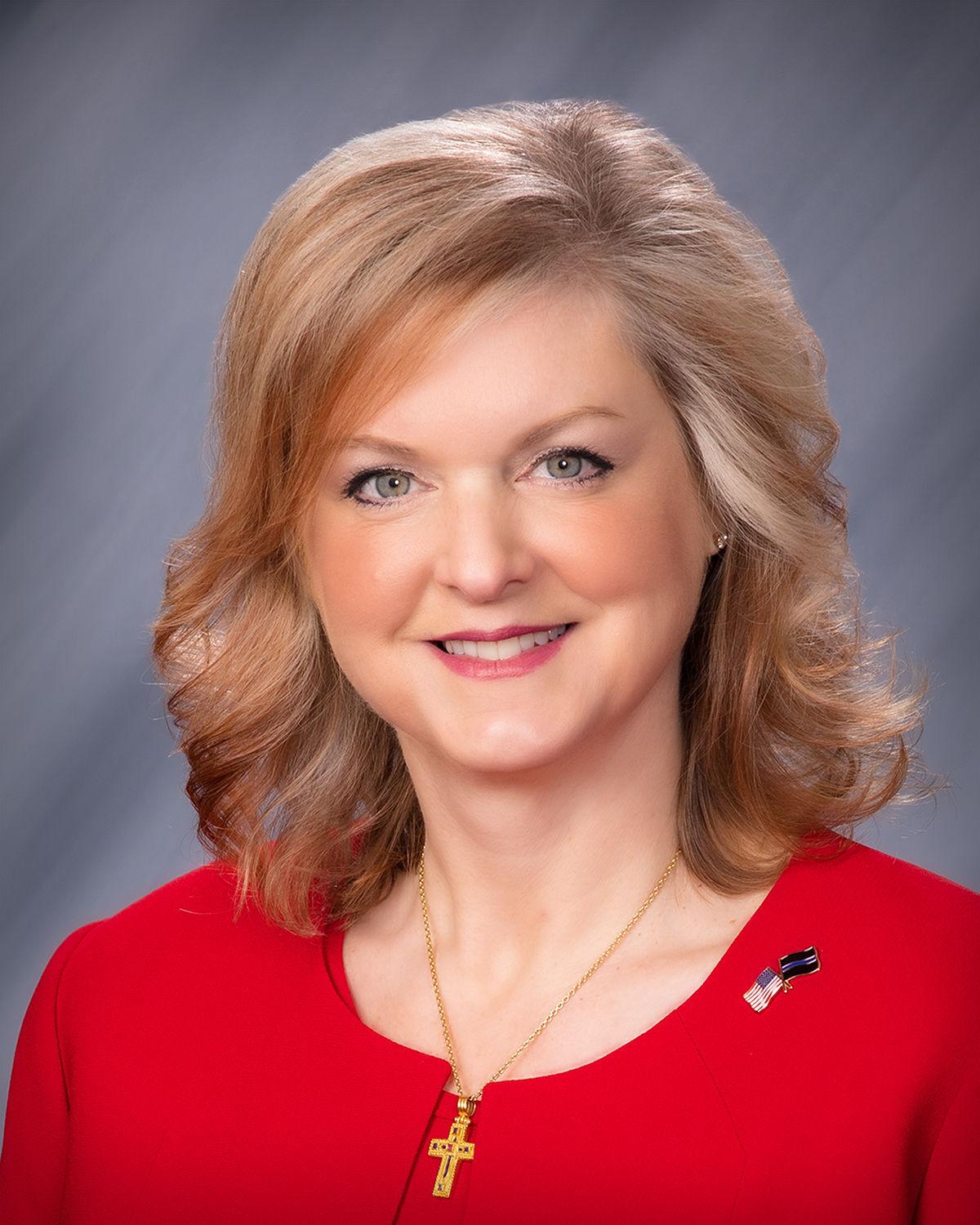 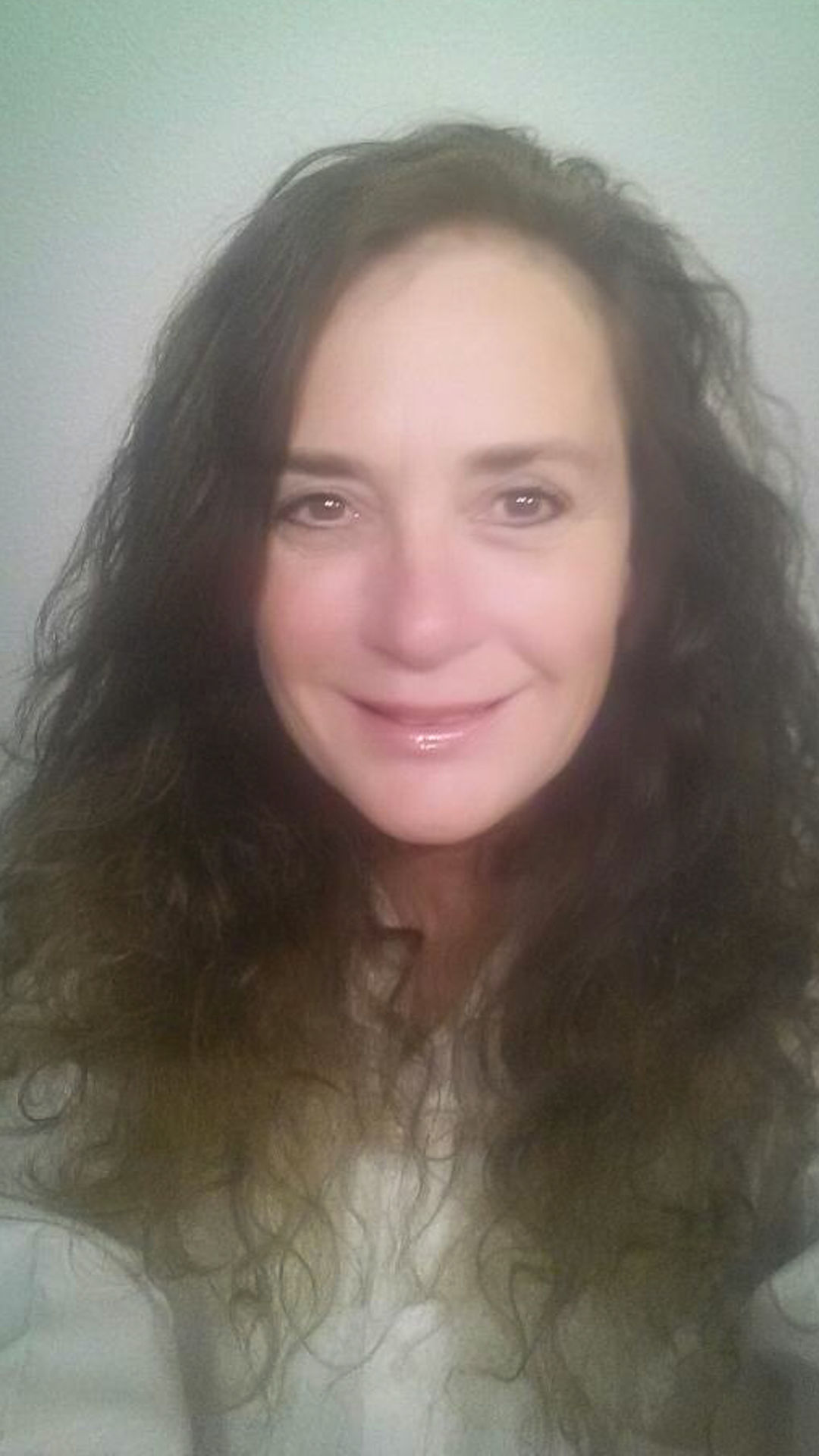 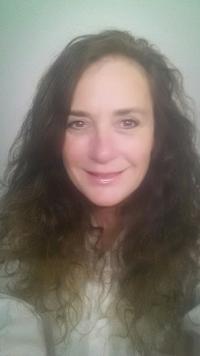 Many small businesses across the county have been shuttered since the COVID-19 pandemic hit the area in March. County government offices are bracing for shortfalls in sales tax revenue as a result.

Incumbent Vicki Baker and her opponents, Amanda McKinney and Cindy O’Halloran, say state criteria governing which businesses can reopen under the modified Phase 1 plan have been confusing and frustrating.

Baker was appointed to District 1 in December to replace former longtime Commissioner Mike Leita, who retired with a year left on his term.

Baker, 53, co-owns the Grocery Outlet in Yakima. McKinney, 42, is a mortgage broker and O’Halloran, 58, is a hairstylist.

Seemingly eclipsed by the coronavirus pandemic is a county government with a lot of moving parts. Commissioners oversee the government’s daily operations, policy and its nearly $238 million overall annual operating budget.

The county government encompasses a swath of services including the courts, offices of the prosecutor, assigned council, sheriff and corrections as well as the treasurer, auditor and elections and planning departments.

Commissioners are paid $100,173 a year. They have a hand in many large projects, including groundwater management and cleanup, habitat restoration and homeless issues.

Some of the more pressing issues facing the county aside from the COIVD-19 outbreak are a growing homeless population and a lawsuit alleging the election system used to select county commissioners disenfranchises Latino voters, a violation of the state’s Voting Rights Act.

District 1 isn’t the only commission seat up for election. District 2 also is on the ballot, but incumbent Ron Anderson is unopposed. District 1 spans from Tieton Drive north into the Upper Valley and reaches from Terrace Heights westward to the county line.

Baker, a Republican, has been a key player in helping inch the county’s economy forward during the pandemic. She worked with Yakima Mayor Patricia Byers and local businesses to formulate plans for reopening.

She says she’s committed to keep pressing for further opening the economy.

“I meet regularly with the Yakima Health District, and I’m able to use my business and government affairs background to explain how the closures affect businesses and their bottom lines,” Baker said. “As we advance through the phases, it is important for the state of Washington to provide clearer guidance to businesses. This has been a huge concern.”

Some businesses, such as wineries and breweries that don’t offer restaurant service, are not allowed to reopen right now.

Baker also touts her efforts in helping the county secure $2.8 million in grant programs to assist small businesses impacted by out pandemic.

“We received over 900 applications and we made it so easy that the businesses could apply on their smartphones,” she said. “It was so effective that commissioners in other counties are studying our program to duplicate it.”

McKinney, also a Republican, is critical of Gov. Jay Inslee’s response to the pandemic and says she would push harder to get local businesses opened.

She, too, is unhappy with the how some businesses are allowed to reopen under the modified phase while others are not.

She also points to wineries and breweries as examples, saying the criteria for reopening are inconsistent.

“Most people right now are very confused and very frustrated and to me that’s just because we’ve had a lack of communication that’s consistent and clear,” she said.

She takes issue with the closure of small businesses, saying they are just as capable of keeping customers safe as the large businesses that have been allowed to remain open.

McKinney said she’d push back by having local businesses share their plans to reopen safely with the community on social media. The effort, she said, would be to create a swell of public support to change the current reopening plan.

“I am not someone who believes we need to just flip the switch, but I do believe in best practices and that there are other business that can open safely,” she said.

O’Halloran agrees there’s much frustration, but she doesn’t blame Inslee.

“I think Jay Inslee is trying to get us all going again,” she said.

She’s recently reopened her hair salon and has embraced the recommended guidelines to keep herself and customers safe.

O’Halloran, who doesn’t claim any political party, says a lot of it rests on the public and their efforts in following social distancing and wearing face coverings.

“I do believe in individual responsibility,” she said. “I have an elderly father and I worry about him. He’s 97. Yeah, I’m concerned.”

Baker touts her efforts in carrying the torch on the county’s Care Campus, which intends to convert the jail on Pacific Avenue into a homeless shelter with onsite support services including medical and mental health services.

She helped the county garner $275,000 from the Legislature to fund the project’s preliminary design.

“We are currently studying the project and believe it is more important than ever to find ways to address mental health and substance use disorders specifically,” she said.

She said better minutes of business meetings need to be taken and that the county should provide more information online and make better use of social media.

She says young families need representation and that she fits the bill.

“We need to have next generation leadership at the county level because the way we communicate has changed,” she said. “We’re just in a new era and people have a higher expectation of how communication should be brought to them.”

O’Halloran said her frustration with the number of dogs being dumped throughout the county and trash strewn on roads is what prompted her to seek the commission seat.

She’s a longtime volunteer in the pet rescue community and started litter cleanup groups that also served as fundraisers for pet rescue operations.

“We’d pick up 5 to 10 miles of trash a day — the county helped — and we raised funds to spay and neuter pets,” she said.

She said communitywide awareness is needed to support pet rescues so they can focus more on prevention.

She said other counties have reduced the amount of stray and unwanted pets by promoting awareness.

“The same goes for the amount of garbage dumped along our county and state and city roads,” she said. “We can do something about preventing these blights.”