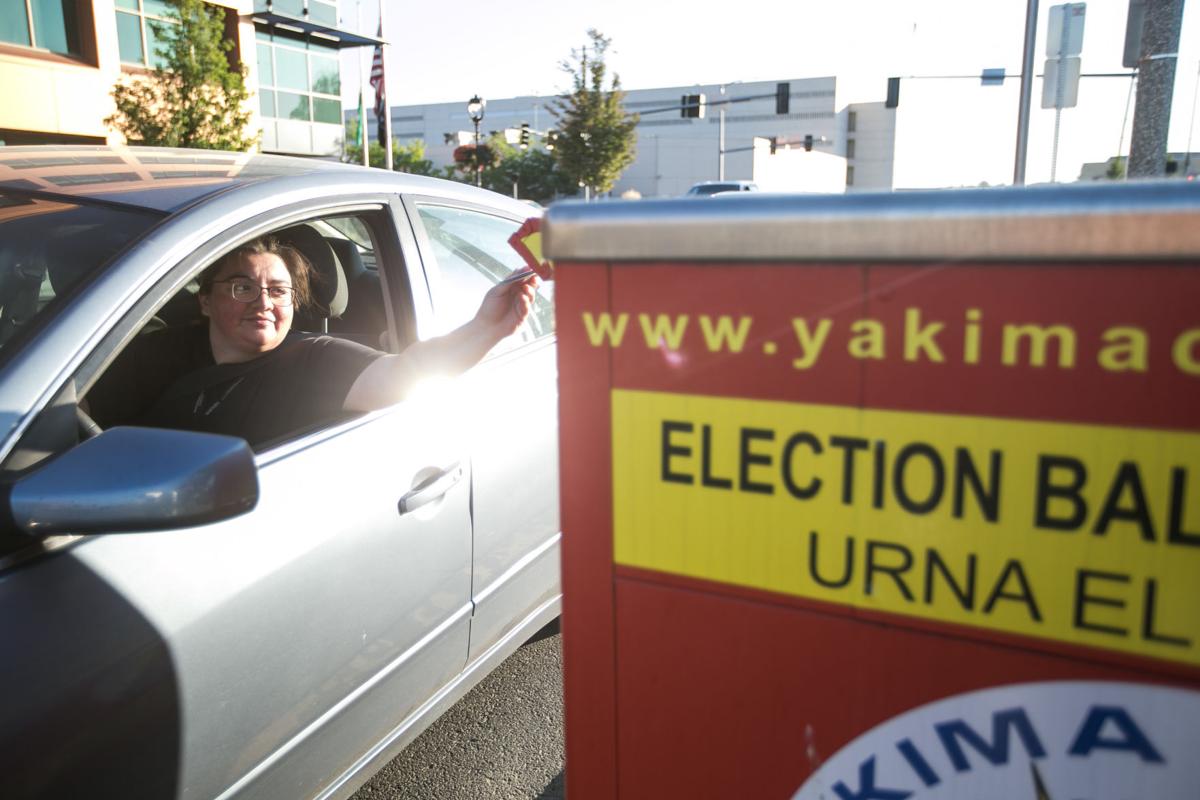 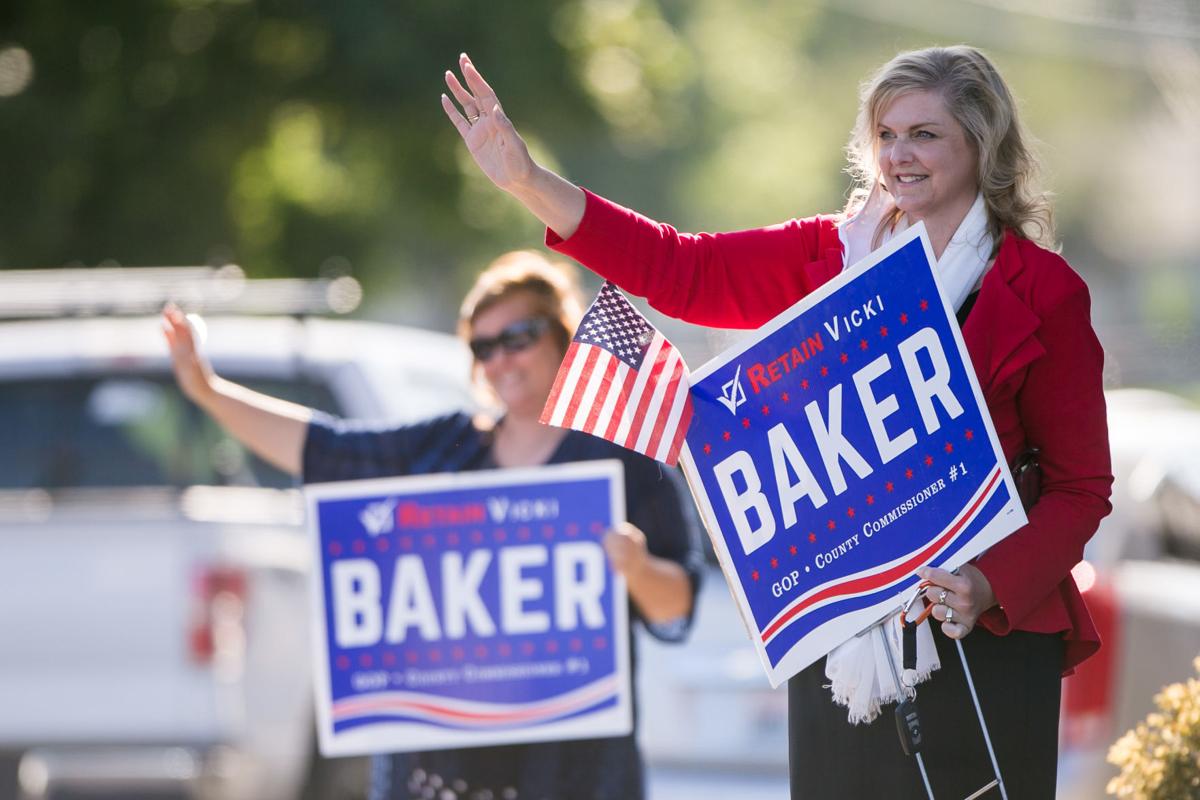 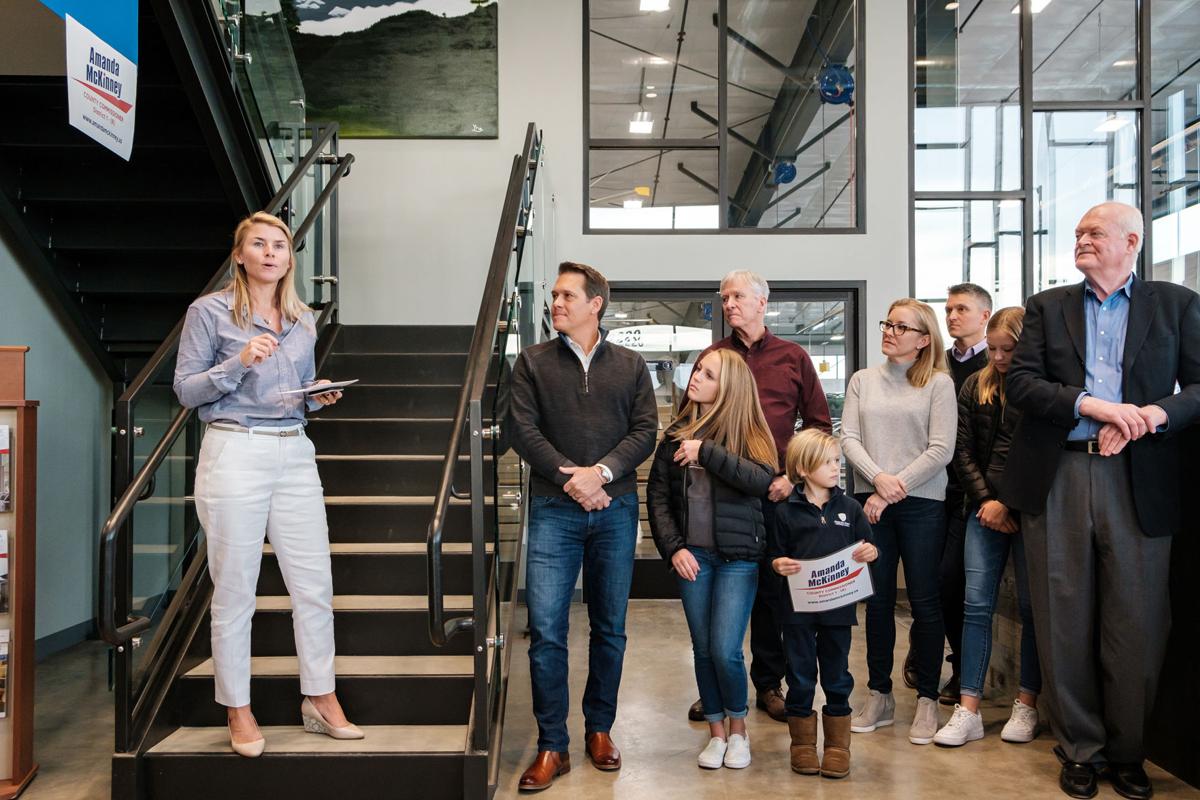 In this photo taken in early January, Amanda McKinney announces she is running for Yakima County Commissioner Position 1 at McKinney Glass in Union Gap, Wash.

In this photo taken in early January, Amanda McKinney announces she is running for Yakima County Commissioner Position 1 at McKinney Glass in Union Gap, Wash.

Mortgage broker Amanda McKinney will square off with incumbent Vicki Baker in November for the District 1 seat on the Yakima County Commission.

Preliminary results Tuesday night pegged the two as the top vote-getters in the three-way race, with McKinney gathering the largest share of votes.

McKinney said she was pleasantly surprised by the results.

“I think my jaw is still on the ground,” she said while gathered with family Tuesday night. “I’m just ecstatic. It’s really hard to know when you run against an appointee.”

McKinney said she plans to keep up the momentum of her message, which is to provide a younger voice on the commission, improve transparency and communication with the public.

“As it stands right now, this is still going to be moving into a countywide election and I am eager to continue working hard,” the 42-year-old mortgage broker said. “I definitely have the energy and stamina to keep that message going.”

Baker, co-owner of Grocery Outlet in Yakima, tipped her hat to McKinney.

“I congratulate her on doing such a great job,” Baker, 53, said Tuesday night.

“It’s been a lot of work,” she said. “I need to work harder on campaigning.”

Baker was appointed to the seat in December to replace former longtime Commissioner Mike Leita, who retired with a year left on his term.

Both Republicans, McKinney and Baker said they would prioritize efforts to further open the local economy in a safe way.

Baker was instrumental in helping move the county into a modified phase 1 of the state’s reopening plan. That allowed some small businesses to partially reopen.

The county’s operating budget has been a concern since the pandemic hit the area. The county jail has seen a drastic decline in prisoners it houses from other communities under contract. Revenue losses as a result has led to about 30 layoffs in the Department of Corrections.

Concern over declines in retail tax revenue also has county officials worried. Many local businesses were shuttered by the pandemic, and county budget officials are still determining how much those closures will impact sales tax revenue.

There are also ongoing projects such as the county’s Care Campus, planned at the former jail on Pacific Avenue.

Baker has campaigned on her continued support of that project, which would see the jail converted into a homeless shelter and community health centers offering medical and mental health services.

District 1 spans from Tieton Drive north into the Upper Valley and reaches from Terrace Heights westward to the county line.

Unlike the primary, candidates are elected at-large in the general election.