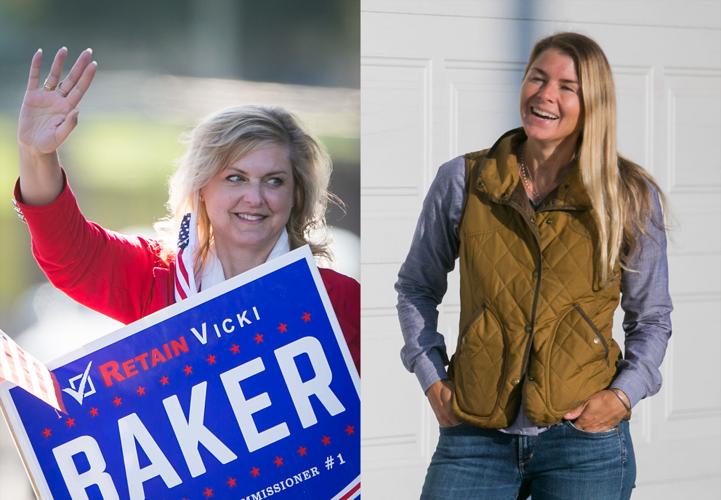 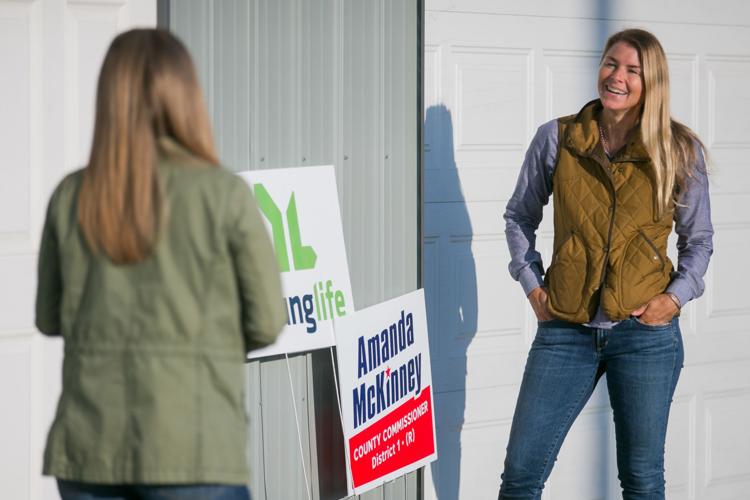 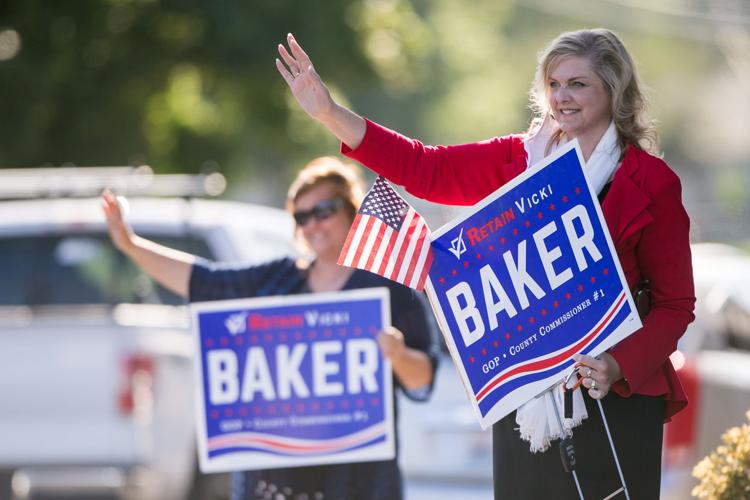 Further reopening the local economy remains paramount for two Republican candidates vying for the Board of Yakima County Commissioners in District 1.

But they have differing views on how well the county has responded to the COVID-19 pandemic.

Incumbent Vicki Baker, 54, who was appointed to the commission in January, says the county has responded well by masking up, drastically slowing the spread of the virus and inching forward a largely shuttered economy.

“I think we did a good job on that,” she said. “I think we definitely pulled the whole community together on that issue.”

Her opponent, 42-year-old mortgage broker Amanda McKinney, disagrees. She says the commission didn’t inform the public early enough about the severity of the disease or the need to mask up, delaying the county’s progress in its reopening plan.

“Clearly the discussions were going as to why we needed to mask up,” McKinney said. “There was not direct communication to the public about how grave or what was going on.”

Though the pandemic dominates politics almost everywhere, there are many other issues facing the commission.

Commissioner Norm Childress’ recent death left a vacancy on the three-member board that needs to be filled.

Concerns over groundwater contamination in the Lower Valley continue, and there’s a growing homeless problem.

And that’s all on top of a complex county government.

Ron Anderson’s District 2 seat also is up for election, but he’s unopposed.

Childress died of pancreatic cancer Sept. 15. State law requires a successor to be appointed within 60 days. That would be Nov. 15.

His party — the GOP — will nominate three potential replacements. Sitting commissioners will select one.

During a Thursday night forum hosted by the League of Women Voters of Yakima County and the Yakima Herald-Republic, both candidates were asked about how Childress’s successor should be selected.

Baker said Childress’s replacement should be selected soon as possible and that she should be part of the process, whether or not she’s reelected.

If Baker doesn’t win, McKinney wouldn’t take office until January. Baker said she wouldn’t be willing to step aside before then.

She said there are now 45 committees divided between her and Anderson on top of day-to-day operations. Baker said she and Anderson should make the appointment because of their familiarity with the committees.

“It’s difficult with the vacancy,” she said.

McKinney disagreed, saying she should be part of that selection if she wins the election. She made an issue of Baker being appointed and said an appointment made in part by another appointee doesn’t represent the will of the voters.

McKinney won 47% of the votes in a three-way primary race, compared to Baker’s nearly 35%.

“So I do think it’s important and the voters want a voice,” she said.

County commissioners are selected by voters in their respective districts during the primary election but become at-large candidates in the general election. OneAmerica takes issue with that, saying it disenfranchises Latinos.

Baker said she couldn’t comment on the matter because she is named in the lawsuit, which is being handled by Yakima County Prosecuting Attorney Joe Brusic’s office.

She said she supports the Latino community and listens to its concerns.

“I’ve done so much outreach to the Latino community and was surprised to have this happen after being in office for only 15 days,” she said during Thursday’s forum. “I don’t put people into groups. I like to serve everyone.”

The co-owner of Grocery Outlet in Yakima, she describes herself as an employer who embraces diversity. She received an Estrella Award from the Central Washington Hispanic Chamber in 2016 for her work with Habitat for Humanity.

She said she holds a minor in Spanish and lived with a family in Ecuador while attending La Universidad Catolica in Quito.

She said she’s been out talking to the Latino community, though her Spanish is rusty, “because I don’t think that anyone should be left out of the conversation.”

In a phone interview, McKinney said it wouldn’t bother her if the at-large selection of commissioners was changed to a district selection.

But she doesn’t see anything wrong with the current system, either, because candidates know they have to run an at-large campaign in the general election if they make it past the primary.

She reiterated her sentiments during Thursday’s forum.

“I haven’t seen any evidence that would show that it would necessarily have a benefit, positive or negative,” she said of district-only voting in a general election.

McKinney made an issue of the way the county responded to OneAmerica’s initial complaint before the lawsuit was filed.

She accused the county of failing to respond, saying it was another example of poor leadership from the commission.

“It seems that it’s a lack of response that gets us into trouble and gets us into lawsuits,” McKinney said during the forum. “I would have liked to have seen a response, even if COVID happened — understandable, we’re not ready to fully respond but we want to respond.”

Baker said the county did respond through Brusic’s office, who said his request for additional time to assemble a complete response was ignored.

Disputes continue over drinking water in the Lower Valley, where nitrate contamination has been found in rural domestic wells.

The county is the lead on the Groundwater Management Area (GWMA) committee that for years has been working on a plan to clean up the water.

However, the plan has been criticized by local environmental groups that accuse dairies of creating the problem. The groups say the voluntary plan lacks teeth.

The dairies are fighting back, saying more attention should be given to the prevalence of septic tanks and other potential sources. They are contesting a study by EPA that linked a handful of dairies to high nitrates in nearby domestic wells.

Baker said the issue is complex and that she has yet to explore it thoroughly because Childress had been working on that committee.

“But it’s a critically important thing because the people in the Lower Valley who need fresh water and need to be safe and have not had a clear path for fixing this problem,” she said during the forum. “I know the dairies have been working hard on it. I definitely would dig into this issue a little bit deeper and I wish right now I knew a little bit more.”

McKinney said other potential sources need to be studied before a real solution can be devised.

“Laying blame on the feet of just a small group of farmers, I don’t think is equitable,” she said. “I think what we need to do is make sure that we are looking at all the reasons why which is important because if we’re not adhering — or addressing rather — the real reason, there are many reasons why, then we won’t get the solution we want.”

As of Friday, Baker had raised $64,675 and spent $33,743, according to the Public Disclosure Commission website.

Baker herself made the single largest contribution — $16,000. Aside from that, her top contributor so far is SKD Farms of Toppenish with $2,000. She has several $1,000 donations, including one from the commissioner she replaced, Mike Leita. He retired in December with a year left on his term.

Other notable contributors are former Commissioner Kevin Bouchey — a Toppenish farmer — and his wife, Renee. Each contributed $500.

Baker so far has paid $12,500 to Yakima Valley Publishing — owned by Bruce Smith — for campaign management. Smith publishes the Yakima Valley Business Times as well as other publications.