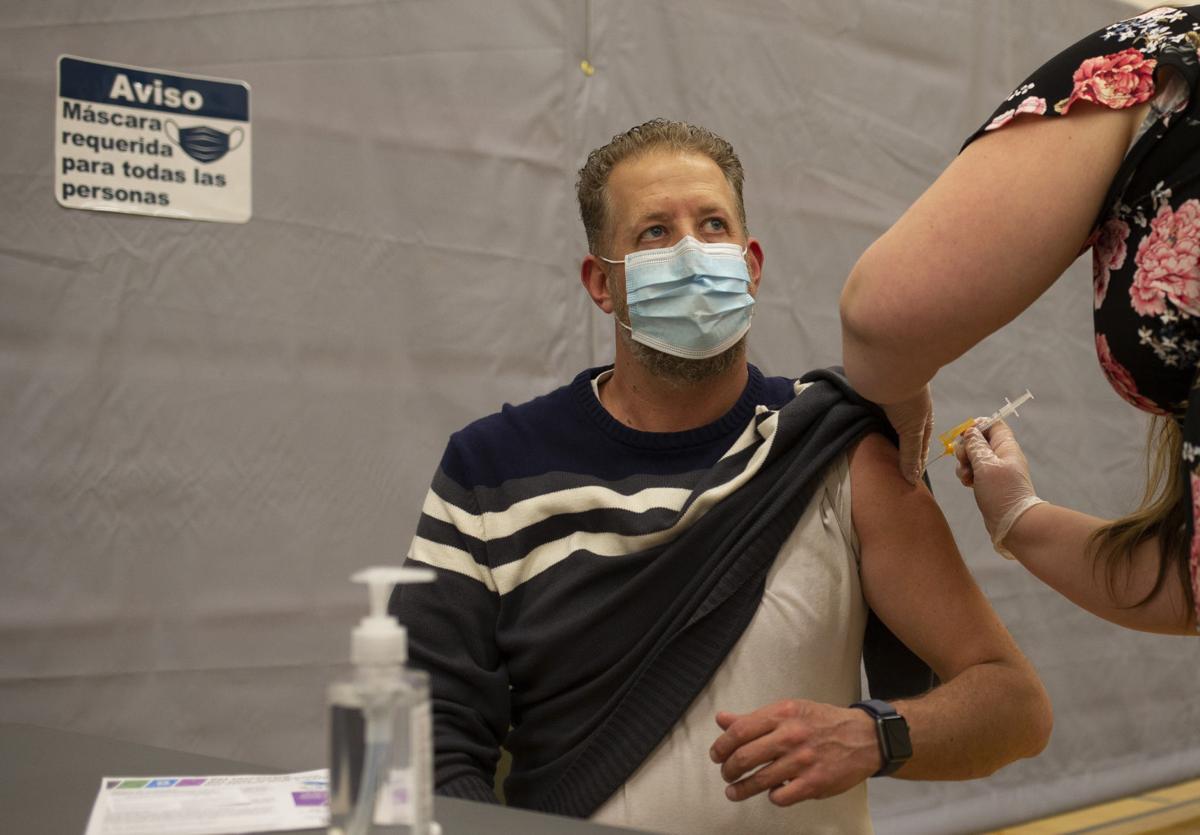 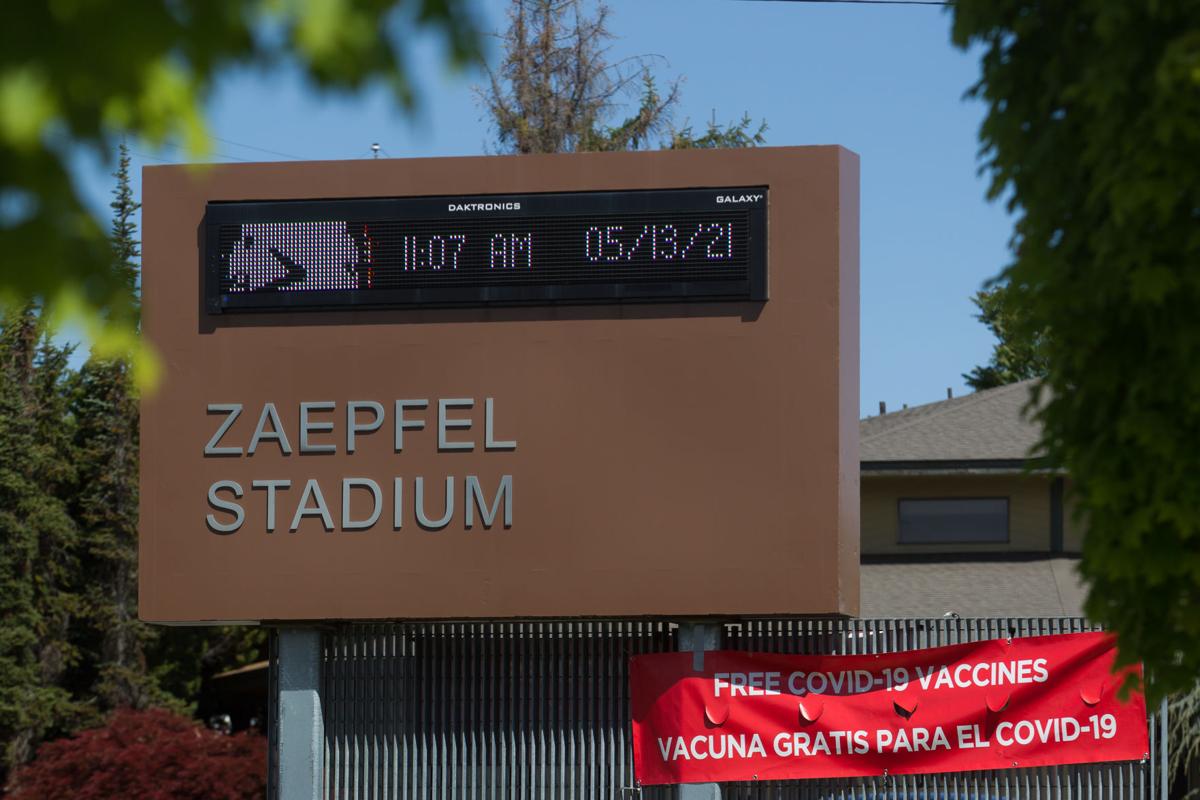 About one month ahead of the deadline to have all staff vaccinated, Yakima Valley school officials report having more than half of employees fully vaccinated.

Some staff are applying for religious or medical exemptions, and those exemptions have helped alleviate some of the initial concern about staff leaving rather than getting vaccinated, district officials said.

School districts have until Oct. 18 to have all employees vaccinated or approved for a medical or religious exemption under a state mandate. To meet the vaccination deadline, employees need to receive the single shot of the Johnson & Johnson vaccine or a second dose of the Pfizer or Moderna vaccine by Oct. 4.

Sunnyside School District Superintendent Kevin McKay said he did hear from employees initially who would rather leave their positions than be vaccinated. But as information became clearer, his worry over staff leaving has lessened.

He does not anticipate many staff leaving due to a refusal to vaccinate.

“That is going to be a very, very small number in our case, if any at all,” McKay said. “If you’d asked me that same question three weeks ago I may have had a different answer. But right now, I don’t think that number is going to be very big.”

Approximately 70% of Sunnyside employees were fully vaccinated as of Friday, McKay said. Of the district’s more than 1,100 employees, 133 have filed for exceptions.

“We’re hopeful through this accommodation process we’ll be able to retain most, if not all, of our staff,” he said.

As of Wednesday, about 83% of Selah employees were vaccinated, Backlund said.

Keeping staff is a concern in a state that faced a teacher shortage even before the pandemic.

McKay said that many of the positions open at Sunnyside are ones that were difficult to fill before the pandemic as well, including school psychologists and deaf education professionals. Backlund said his district has had trouble finding enough substitute teachers this year.

In the Yakima School District, the largest in the county, Superintendent Trevor Greene said staffing in education remains a difficult task and the district has been looking at ways to make it easier.

About 73% of district staff were fully vaccinated or granted a medical or religious exemption as of Friday, Greene said. As the deadline approaches, YSD will continue to reach out to staff members who have not informed the district of their vaccination statuses yet.

“At this time, I’m not overly concerned about staff leaving because we do have several weeks left before the deadline does hit,” he said.

While many districts did not have exact numbers since the deadline is still a month away and employees are still submitting vaccine verification, most provided estimates. Representatives from the Mt. Adams and Naches Valley school districts did not respond in time for publication.

“We remain confident we can work collaboratively through the process with the remaining staff to meet the vaccination/exemption mandate requirements without losing any employees,” Heintz said.

Olmstead said that with religious and medical exemptions, the district hopes to retain all of its staff.

“Losing any part of our team would be difficult, because not only would it disrupt workflow, but it would ultimately impact our students,” she said.

“Of course, it is concerning, and we do anticipate there may be some staff that will leave, but since we’ve not heard from everyone yet, it is difficult to predict how many or if there will be any that choose to do that,” she said.

Myers said he is concerned that some staff members may choose to leave rather than be vaccinated, but no employees have come up to him with those exact plans.

“We have great staff members,” he said. “We don’t want to lose them, but we also are required to follow the law.”

“We are still working on following up with staff,” he said.

■ Yakima School District. About 73% of district staff were fully vaccinated or granted a medical or religious exemption as of Friday, Superintendent Trevor Greene said.

At St. Joseph Marquette Catholic School, 80% of employees were fully vaccinated as of Monday, Principal Eric Pleger said. Of the school’s 50 full-time employees, six need a second dose and four applied for an exemption.

Representatives from La Salle High School, Riverside Christian School and Christ the Teacher Catholic School did not respond in time for publication.

Yakima Valley College also is subject to the governor’s order to vaccinate all staff members. As of Friday, 80% of YVC employees were fully vaccinated, college spokesperson Dustin Wunderlich said in an email. An additional 9% filed for medical or religious exemptions.

Educational Service District 105 is an agency that supports 25 public school districts and other state-approved schools in South Central Washington. As of Monday, 72% of its employees were fully vaccinated, ESD 105 spokesperson Brittany Kaple said in an email.

The Yakama Nation Tribal School is not subject to the governor’s order and falls under Yakama Nation jurisdiction. School officials did not respond with an update on staff vaccination levels in time for publication. The school is closed to in-person instruction with students learning remotely, according to its Facebook page, because of the Yakama Nation’s Phase 2 order limiting gatherings because of rising COVID cases. The closure will last through Friday.