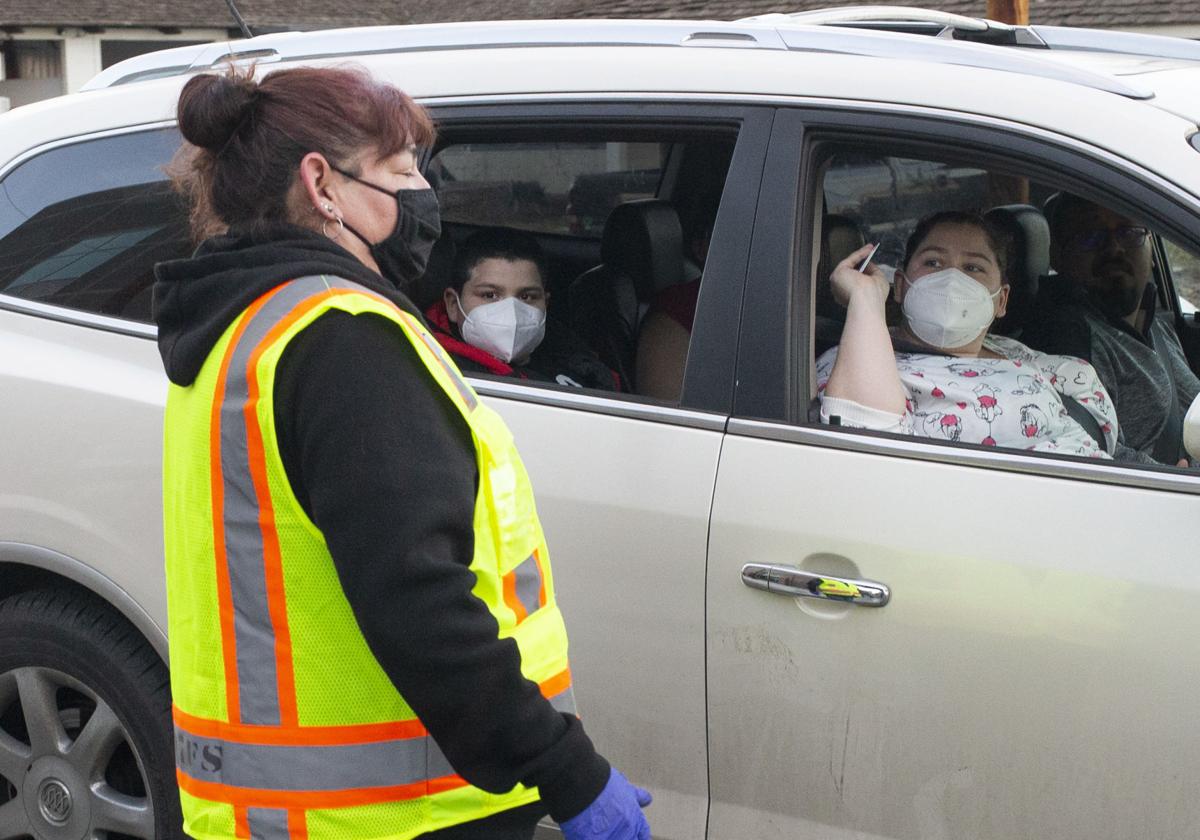 Tammy McGuire, left, checks for student identification as Courtney Sullivan, right, and her son Brayden Sullivan, 9, wait in line with their family for meal distribution on Wednesday, Feb. 3, 2021 at Davis High School in Yakima, Wash. 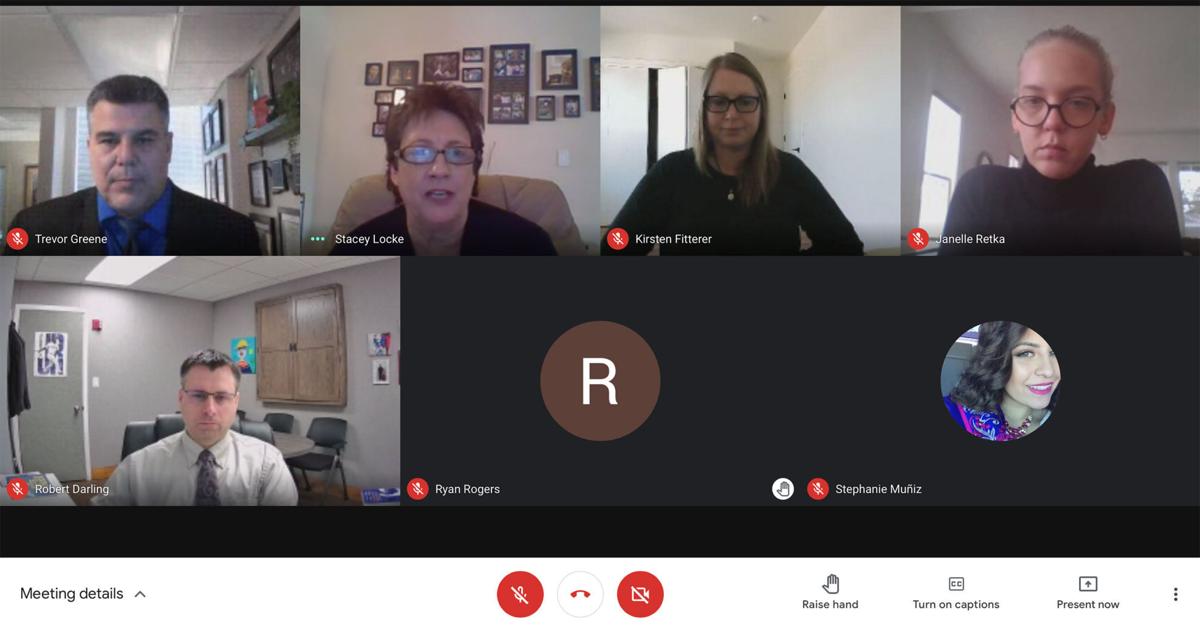 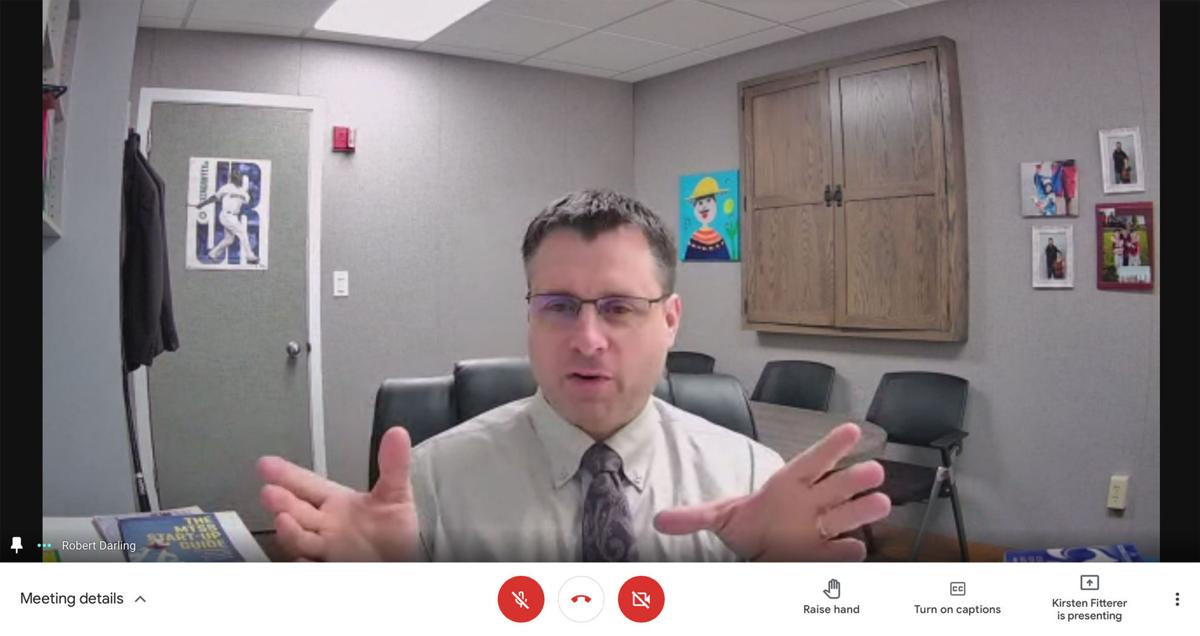 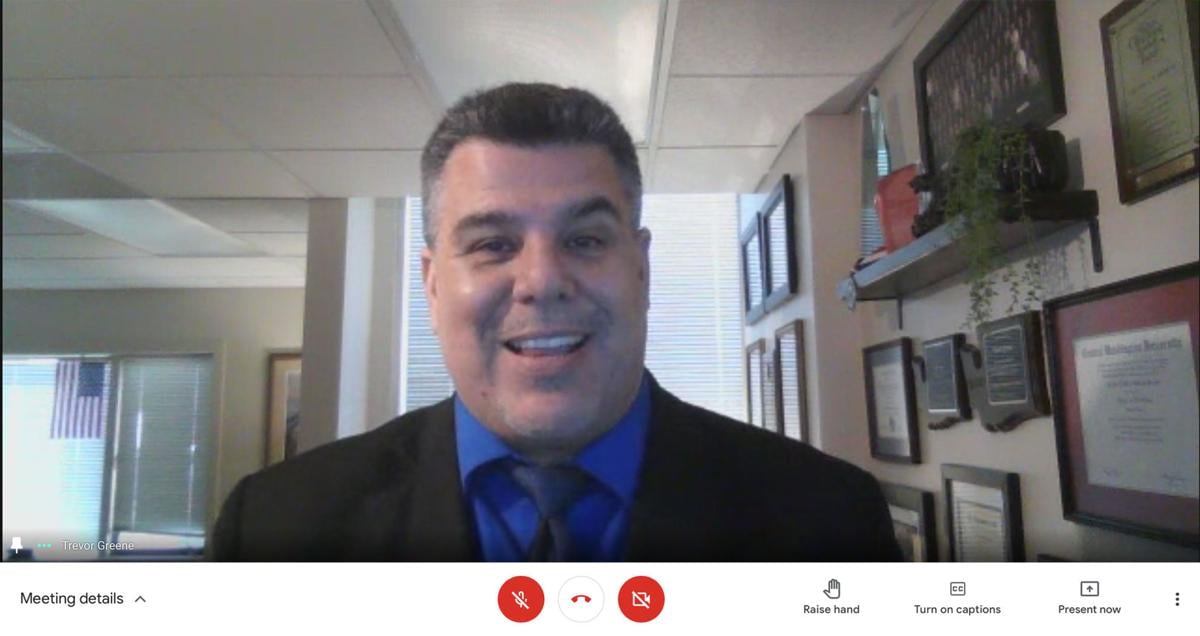 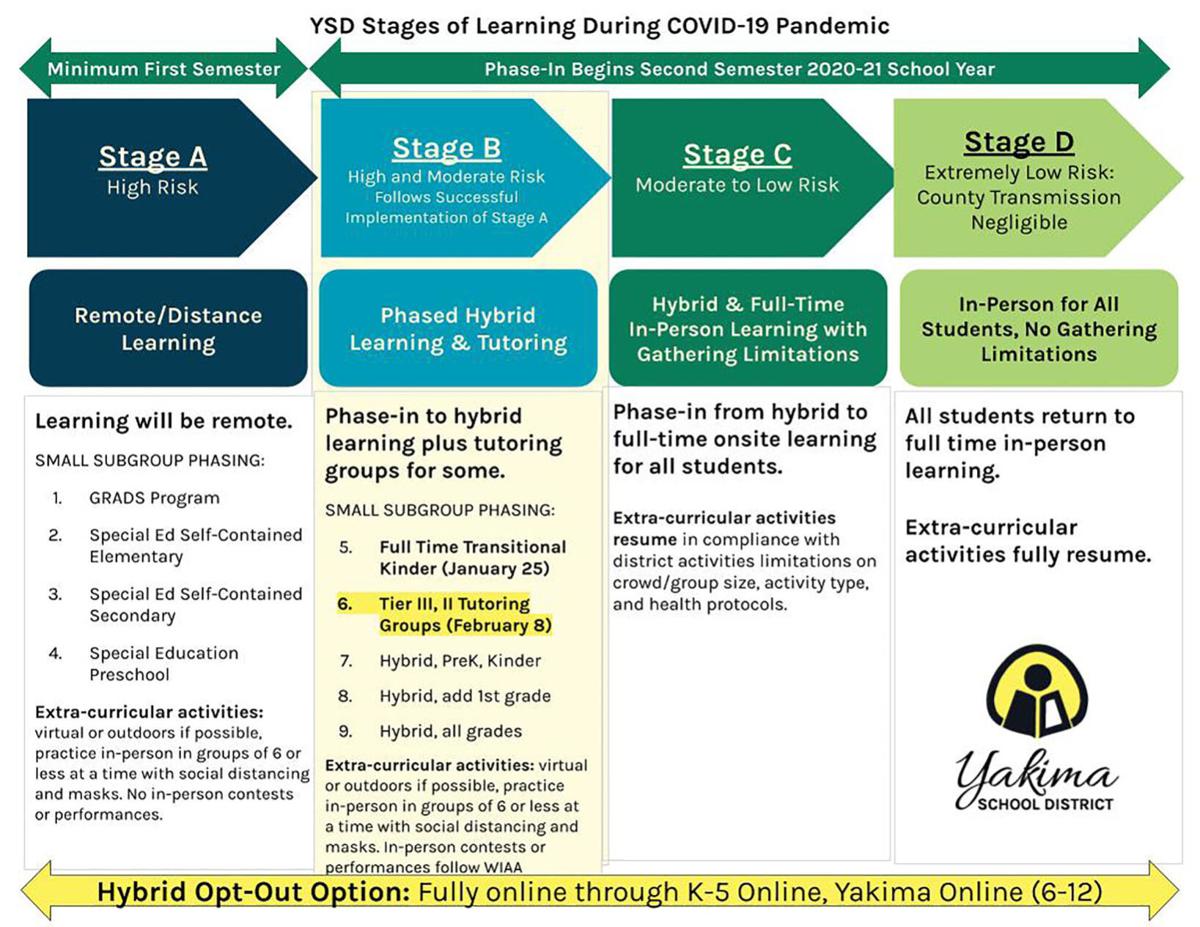 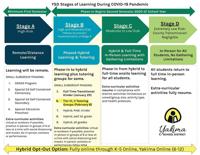 Tammy McGuire, left, checks for student identification as Courtney Sullivan, right, and her son Brayden Sullivan, 9, wait in line with their family for meal distribution on Wednesday, Feb. 3, 2021 at Davis High School in Yakima, Wash.

The Yakima School District plans to bring back full grades of students to part-time, in-person learning in March.

The plan calls for bringing back kindergartners, first- and second-graders, sixth-graders, and ninth-graders to transition to hybrid learning the week of March 1.

Families who are not comfortable with their students returning to campus part-time can transition to fully online learning through the district’s Discovery Lab Online (K-5) or Yakima Online (grades 6-12). This would mean students who had not previously transferred to the fully-online version — as was suggested to families with concerns about returning to campus, ahead of the school year — would see their students move to a new online learning environment.

Yakima Superintendent Trevor Greene said the district has been working on return plans since March 2020, when the state-mandated closures of all schools across Washington were first put in place because of the coronavirus pandemic. Since then, small groups of students with high needs have been slowly reintroduced to in-person learning.

Earlier this week, the Yakima School District said it would introduce roughly 3,000 students to in-person learning support beginning next week.

The school district said in a Wednesday statement that schools will contact families two weeks prior to students’ return with further details. Students’ schedules will largely be based on last name.

“Successful implementation will hinge on variables such as the health of our community, the health of our labor force, the continued availability of PPE (personal protective equipment), cleaning and sanitation resources, and continued and new funding for resources to support our schools during this pandemic,” the district statement said.

“As we have throughout this pandemic, we will proceed cautiously and proactively and will monitor many factors to determine if our operations are in the best interest of our students and our staff,” it said.

Other local districts began reintroducing grades K-8 to campus as early as mid-October, after the Yakima Health District gave its support to the idea of gradually reintroducing students at elementary and middle school levels. The health district on Tuesday approved hybrid learning for area high schools.

Greene said in a virtual news conference Wednesday morning that he was proud of the district’s cautious process and noted that surrounding districts were able to be more “nimble” in part due to their smaller size. Yakima School District has about 15,500 students, compared to 6,500 students in Sunnyside or about 650 students in the smallest local district of Union Gap.

The big announcement is spurred in part by local conversations with superintendents and health officials, as well as new guidance from the state and national level about returning students to campus following strict safety precautions, Greene said.

The district has made “incredible” changes to adapt to the circumstances of the pandemic, he said.

Yakima School District has continued to distribute the largest number of meals for individuals 18 and under out of any district in the state, with nearly 2 million since last March. Greene also said the district has made great efforts to stay connected with families during remote learning, has improved access to devices by transforming into a district that has a laptop for every student in the district, and is in the process of rolling out internet infrastructure that would make it possible for any student in the district to access Wi-Fi from home.

“During all of this, we recognize that of course the challenge of not being face to face is something that continues to mount and show problems with regard to social-emotional, the way that students feel, the way that they act,” said Greene. “We’ve heard more and more leaders coming out nationally about the safety of being back in schools assuming that all protocols are in place and we have consistently worked to come back and do it right.”

Some teachers and building leaders have previously reported high failing or incomplete rates among students. Students either seem to be thriving or failing, with fewer students in the middle.

Safety is still at the forefront in Yakima School District, officials said.

Greene said the district is working to provide vaccine access, following rollout guidelines. At the moment, it’s a matter of supply. He noted the state Office of the Superintendent of Public Instruction has developed partnerships for teachers in the Puget Sound region and Spokane to be easily get vaccinated when they are eligible and vaccines are available, but has not set up a similar system in Central Washington yet.

He said he had reached out to the state directly to offer district sites as a potential space for vaccines to be offered to teachers in this part of the state. No firm plans have yet been established.

The district is also empathetic to families who have been impacted by the virus who may not be comfortable sending kids to campus, which is why a fully-online schooling option remains available, Greene said.

He said that the district anticipates in person class sizes will be smaller. Some students will remain online, and classes will be split into part-time cohorts. The district’s plan is to limit class sizes to 15 or fewer students. For larger classes like band, substitutes might be used to break these large classes down in size.

Robert Darling, the district’s assistant superintendent of teaching and learning, also explained the district’s decision to bring kindergarteners, first and second graders, sixth graders, and ninth graders back to campus two weeks ahead of all other grades.

“The reason why we chose the freshmen is because they have transitioned from middle school to high school but have never set foot in a high school yet,” he said. “We know that our freshmen success rates ultimately determine our graduation rates, and I know we have a significant number of freshmen who have been struggling academically and socially because of this.”

Sixth graders also will get a chance to adjust to a new campus first. Darling said that K-2 are “our most impacted students at the elementary level.”

“Kinders have never been in person, first graders are still basically glorified kindergarteners because they missed much of their kindergarten year last year, and we know the impact of early literacy: If we can’t get students to read by third grade, the chances of them graduating significantly decrease. So those are the biggest steps of urgency,” he said. “That being said, there’s only a two-week window between when we’ll bring everybody else back.”

Some details are still being worked out, and families should expect to hear from their school ahead of their students’ return to campus. A parent information night will be held at 6 p.m. on Feb. 17 in Spanish and English.

For more information and to read safety precautions planned by the district, visit www.ysd7.org/reopen.