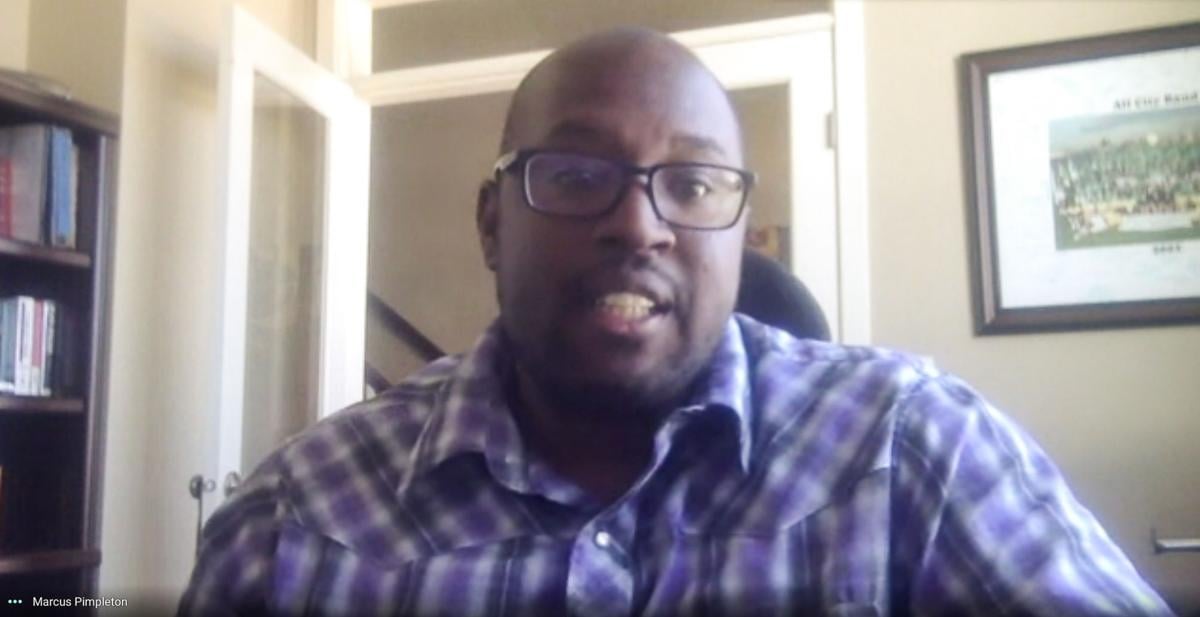 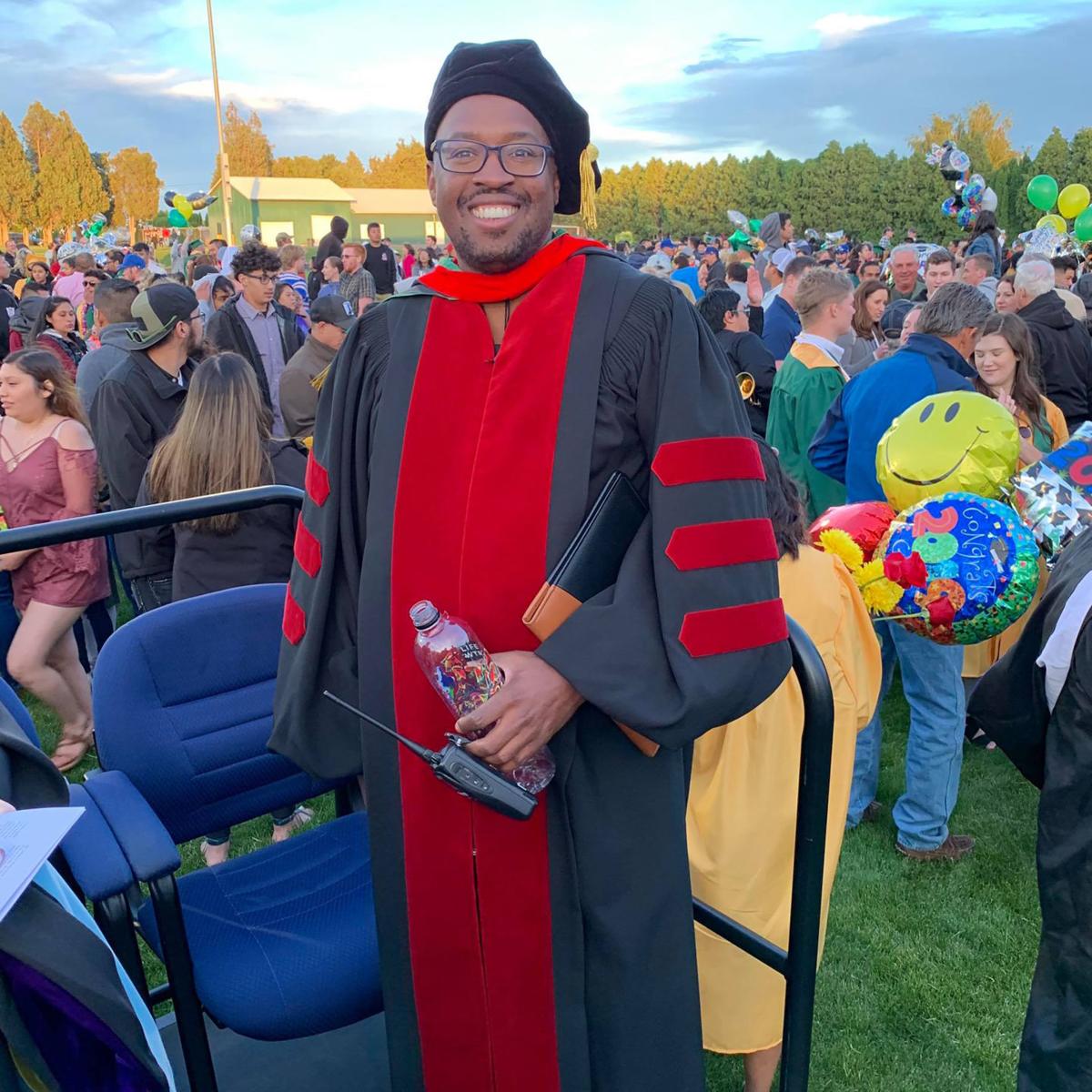 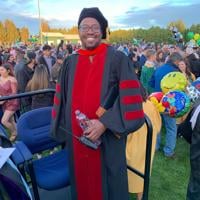 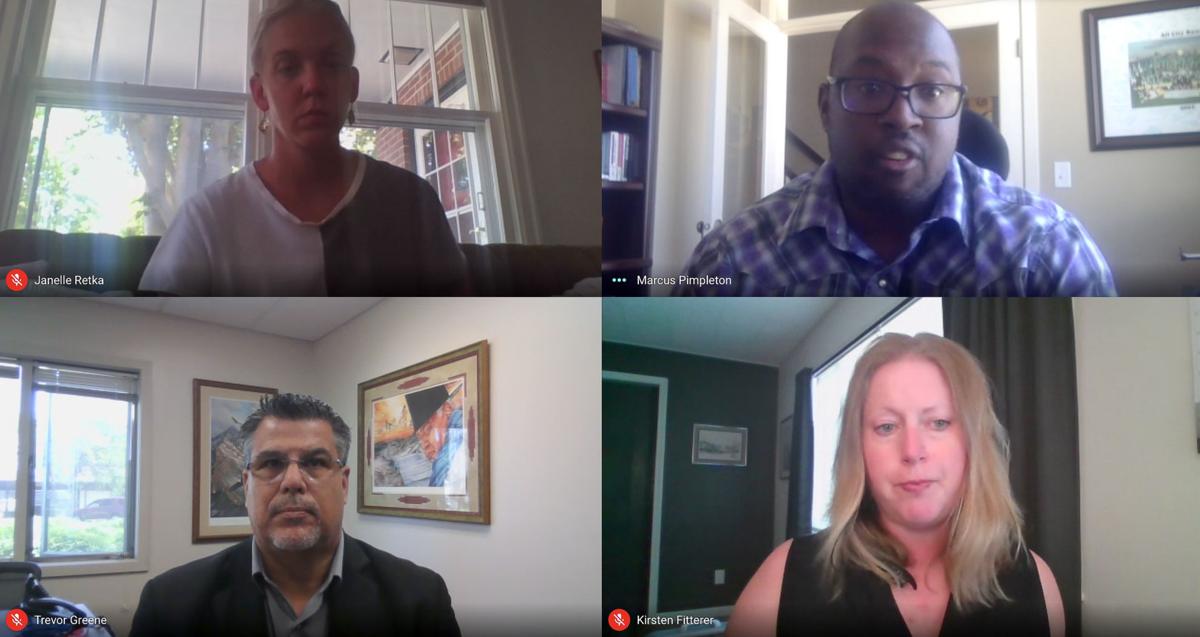 The Yakima School District recently created a new position centered on improving equity and student engagement in the district.

Marcus Pimpleton, the district’s new executive director of equity, partnership and student engagement as of July, says equity is when you’ve made it so outcomes can’t be predicted based on group membership.

Those groups could account for students with disabilities, socioeconomic status or race, for example. He said working with an equity lens means eliminating these predictable outcomes, or what statistics anticipate, in your work.

In his own learning experience, he said teachers helped him prove statistics wrong. He succeeded in school even after his grandmother who was raising him died when he was in fifth grade.

He’s tried to do the same for students. He began his teaching career in music education in 2002 at Denny International Middle School and later also taught at Chief Sealth International High School — schools he had attended in Seattle. He said he worked with parents to ensure students in his classes had the same opportunities as students in more affluent parts of the city. He worked in these schools for about 14 years.

Pimpleton later pursued principal credentials, which led him to serve as principal of Quincy High School in nearby Grant County. There he helped improve equity efforts.

While there was already an equity coalition working on policy when he joined the school, there was reluctance to talk about how race played a role in the work. That’s a big roadblock in equity work, he said.

Looking at the outcomes of students with disabilities, for example, you will see a distinction between them and general education students. When you place the additional filter of race on those students, another gap is apparent, he said. Talking more openly and honestly about this distinction helped form an equity policy that better suited the needs of Quincy students, he said.

In addition to a master’s and doctorate in theology, Pimpleton has a master’s and is pursuing a doctorate in education leadership from the University of Washington. In his new role in the Yakima School District, he said it’s not his job to be the district’s equity lens or enforce equity.

“I’m here to help people think about their work through the lens of, ‘Is this dismantling systems that perpetuate inequity?’” he said. “If I can do that, then I feel like I’m doing the right work.”

Pimpleton shared some thoughts on what that work will look like.

What is your main goal for your first year in leadership in the Yakima School District?

Pimpleton said his main goal in the first year is to establish a common understanding districtwide of what equity means, why it is important and how to achieve it. He said from district leadership to teachers, paraprofessionals and students, he hopes to see conversations about equity and race develop. While he said there will always be some pushback, he wants to see the vast majority describe the school district as an organization committed to breaking down historic barriers across student groups.

Can you give examples of what it will look like to begin this work?

“Conversations with people at all levels of the system to understand how do we currently talk about race and equity,” he said. “That’s to get an understanding of what are we already doing pretty well about approaching our work through an equity lens, and what are some things that need to be done to move things along.”

Pimpleton said avoidance of conversations about race could be a sign that work needs to be done there. In other instances, it might be important to vet existing practices or systems to see if they serve students and give them equal opportunity, or if they are simply a matter of habit or practice.

Research shows that students do better when their teachers are of the same race — from engagement and effort in coursework to college aspirations. Yakima School District administrators have previously said that hiring teachers is a struggle in general, let alone bringing on teachers of color. As a result, nearly 80% of students are Latino, but more than 70% of teachers are white. Is this something you plan to address, and if so how?

Superintendent Trevor Greene said this was something Pimpleton might provide support in, but that it is a problem for human resources to work on, and that efforts are needed to provide pathways for paraprofessionals to become certified teachers.

Pimpleton said creating a culture of equity will attract a more diverse teaching staff. He said in hiring, for example, recruiters could ask questions like how potential teachers eliminate disproportionate student achievement by race in their classroom.

“The types of questions you ask will give you a better picture of how well a candidate is ready to enter into that (work), and you will see your candidates of color rise to the top more readily when you’re asking better questions,” he said.

In turn, if students feel that they are getting what they want out of school, they’re more likely to return down the road to be part of the system, Pimpleton said.

Nationwide, there are calls for anti-racism work across all settings, including schools. Locally, Yakima School District students as young as middle school have made similar calls. With student engagement being one of your roles, how do you plan to address this and ensure students feel heard?

“Bigger question is how are we putting in place systems to hear from students,” Pimpleton said.

He said he wants to develop student leadership groups at each middle and high school for students to discuss issues and for teachers and administration to have more consistent check-ins. A superintendent student advisory council districtwide would help bring common threads together, he said.

Any decisions made should be based on established core values so these conversations aren’t knee jerk reactions or based on majority rule — but rather a central vision, he said.

“The partnership part of the work,” Pimpleton said.

He said the community should feel a sense of ownership and involvement in the school system. Because of that, community partnerships should be based on accomplishing district goals, like equity. This means some partnerships might need to shift to better fit this vision, while new ones might also be necessary.

“Who are we going to invest time and energy with?” he asked.

This story has been updated to clarify that Pimpleton is still pursuing his doctorate at the University of Washington.