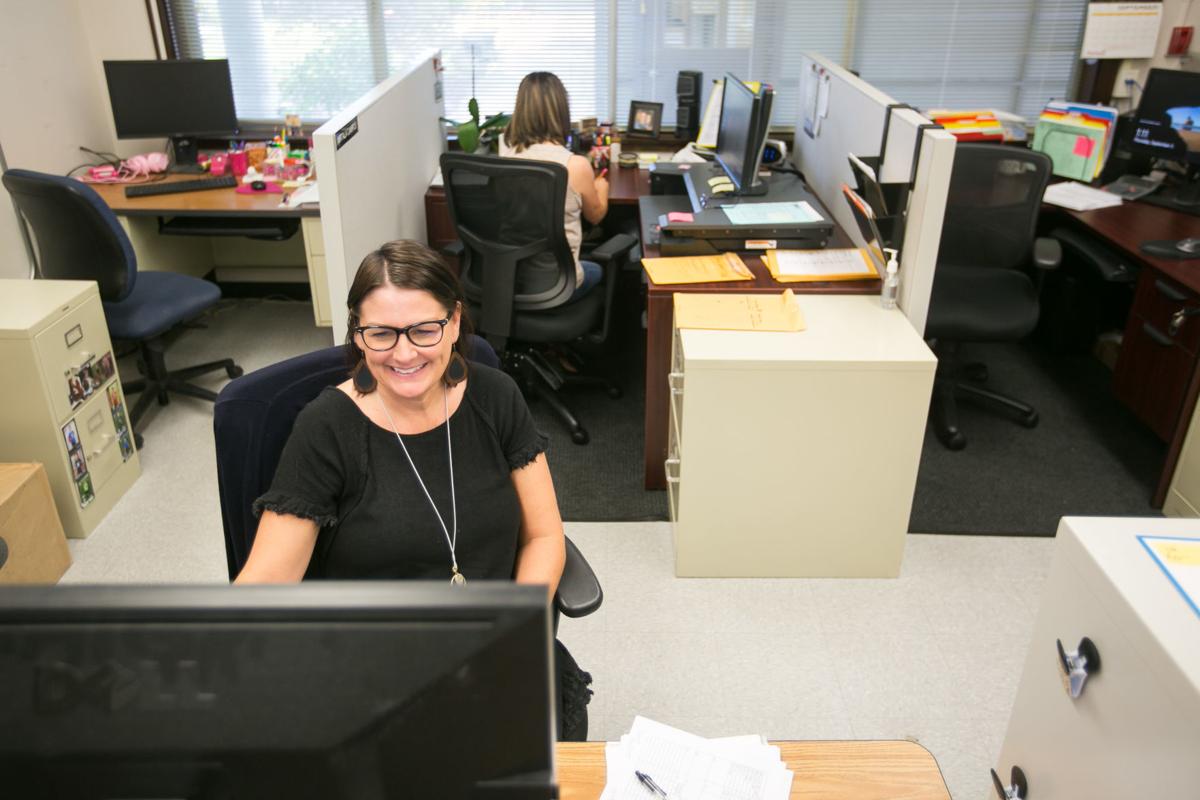 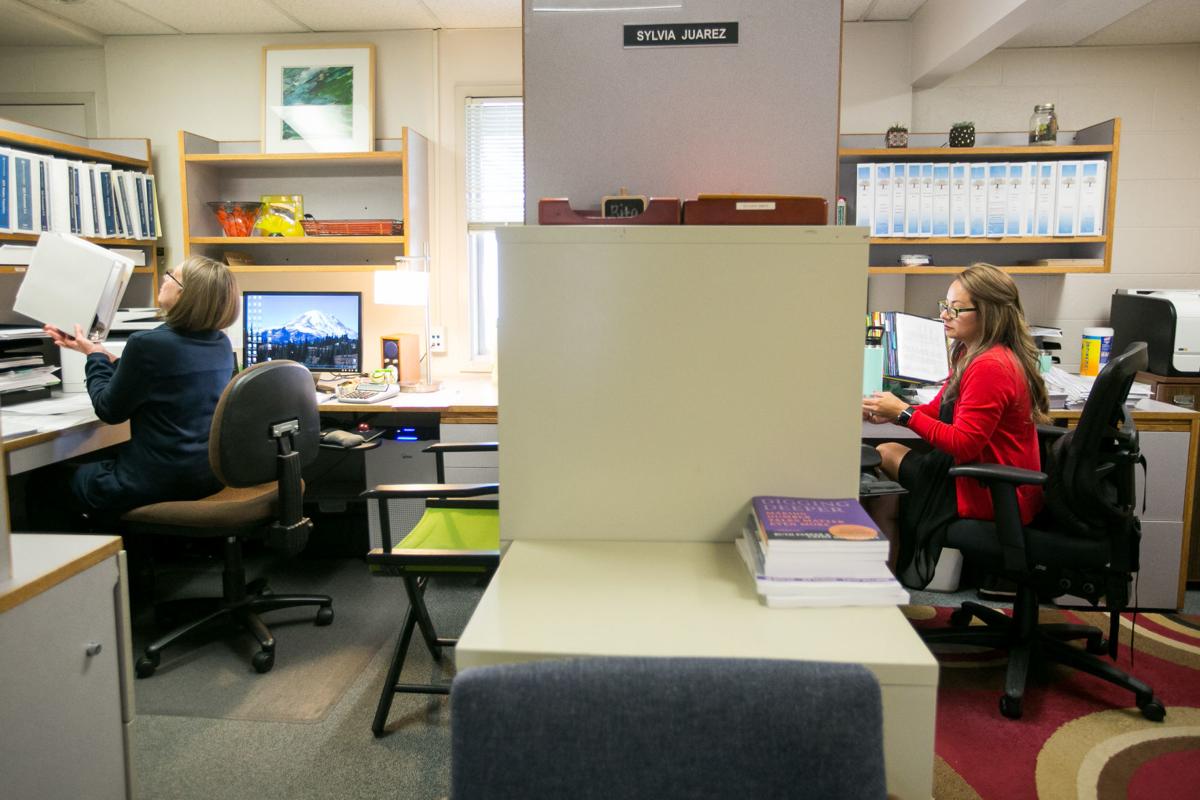 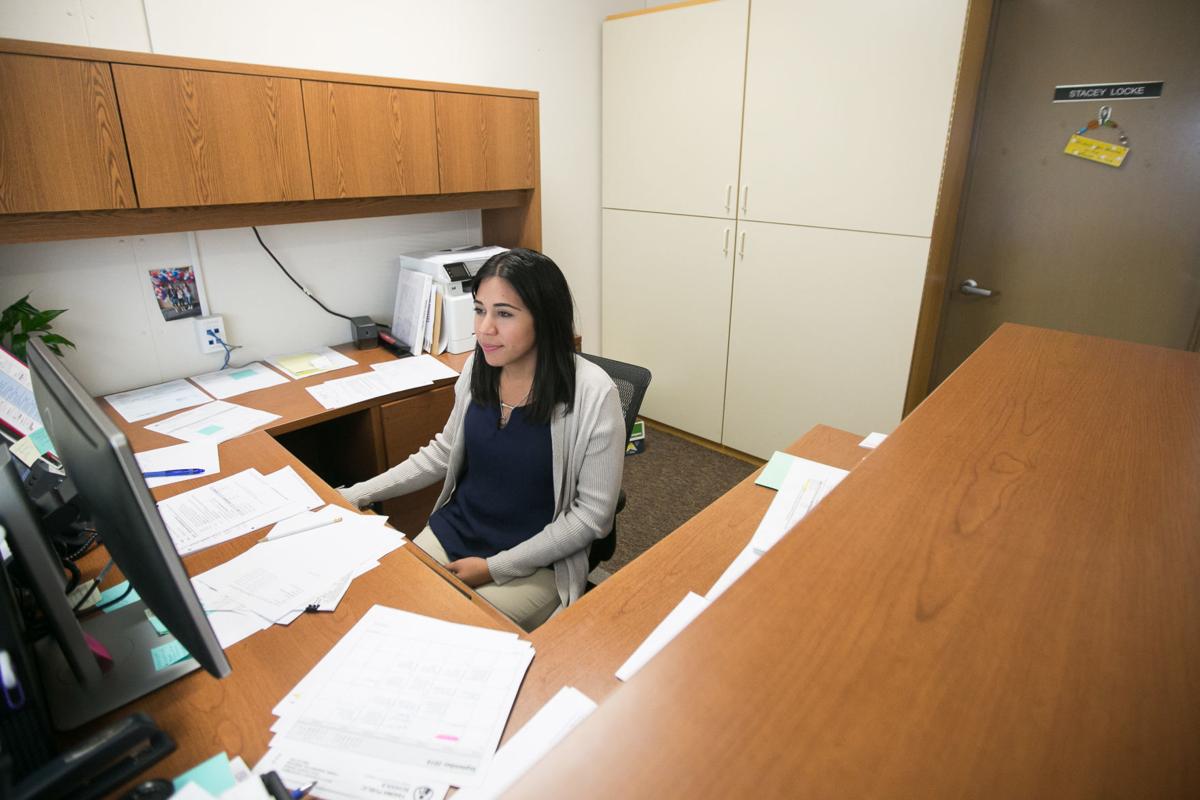 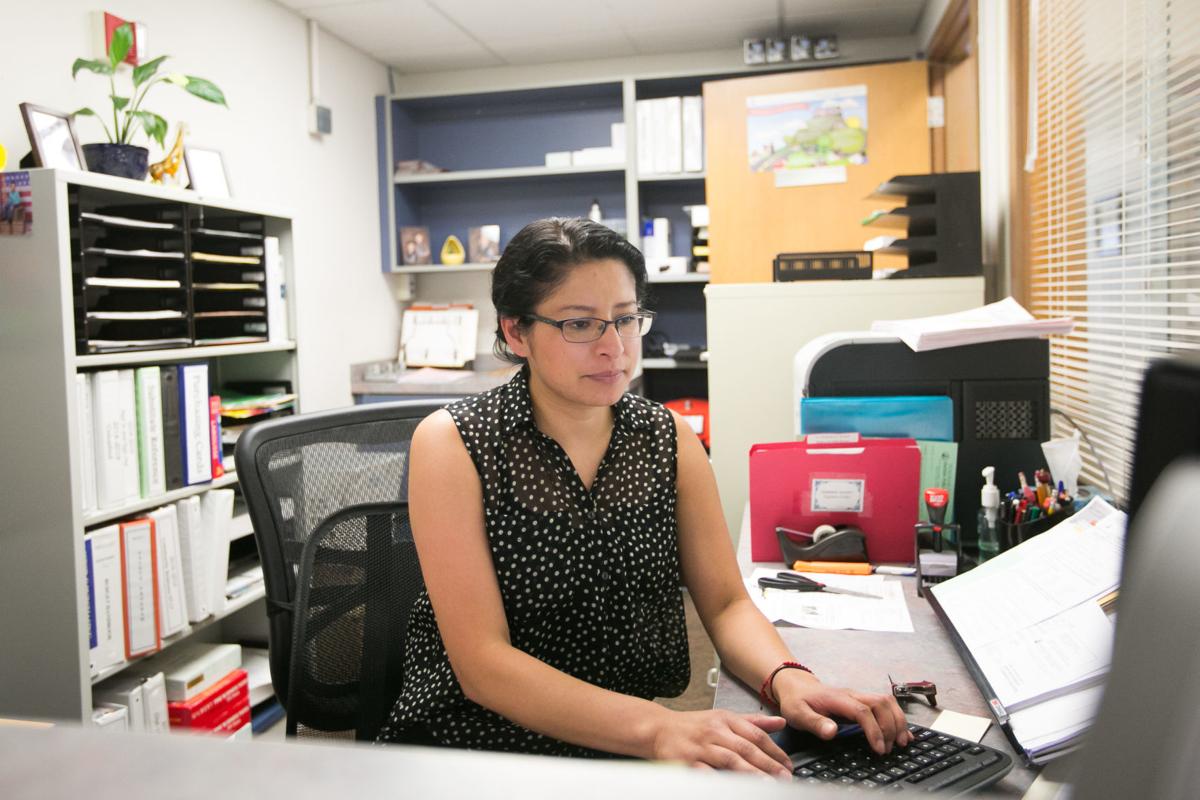 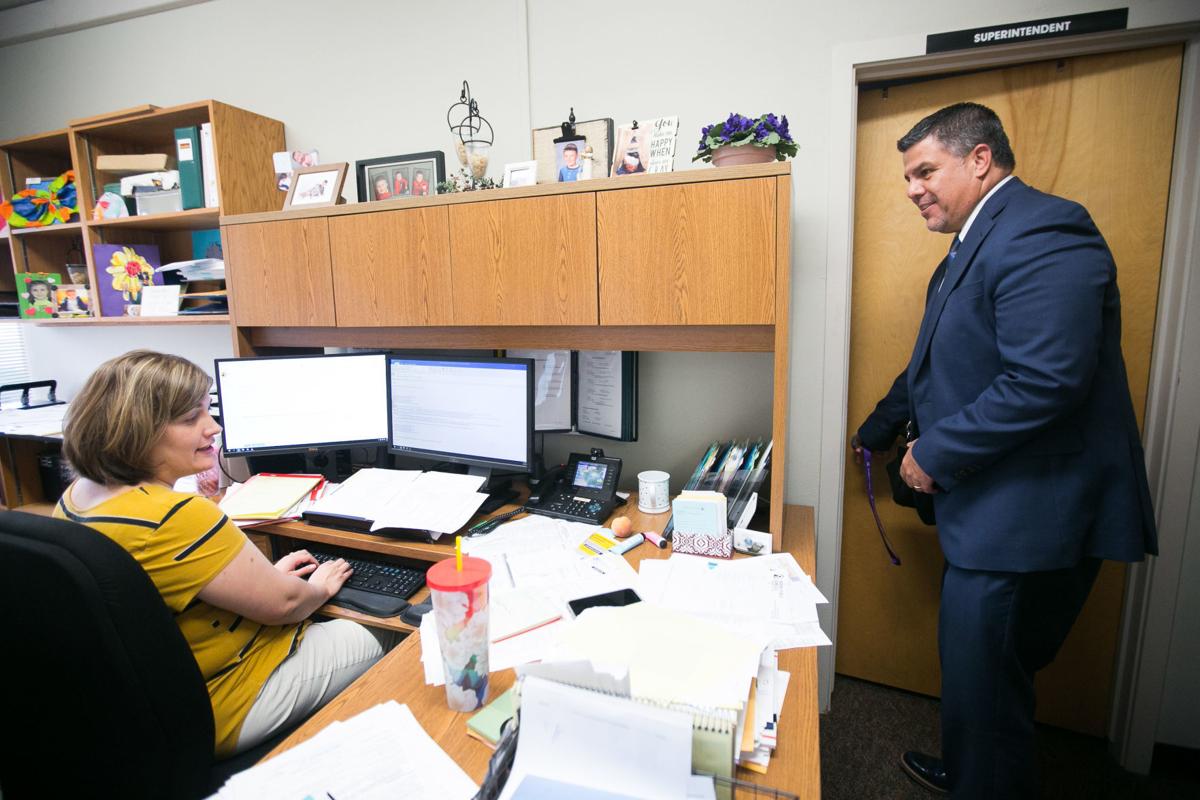 Yakima School District Superintendent Trevor Greene said the district intends to ask for an extensive independent survey of employee culture and civility, following up on a May report that was narrow in scope but critical of the district.

Yakima School District Superintendent Trevor Greene said the district intends to ask for an extensive independent survey of employee culture and civility, following up on a May report that was narrow in scope but critical of the district.

Yakima School District is the only district in the county to spend less on central office expenditures than the state average, and it intends to cut more administrative spending this year.

The Yakima district spent 5.3 percent of its general fund on central administration costs in the 2017-18 school year, a proportion that’s less than all other local districts and many similar sized districts statewide, according to data from the state Office of the Superintendent of Public Instruction, or OSPI.

As districts across the state face tight budget projections in coming years, administration spending is commonly in the spotlight.

With the Yakima School District’s budget expected to go into the red following state funding changes, a misconception of an inflated central office has been a common conversation point, said district communications director Kirsten Fitterer.

“We feel we’re operating very lean already, but we’re looking at ways to become even more lean and we’re open to hearing any ideas that people might have,” she said.

Roughly 5.3 percent of total general fund expenditures in the district in 2017-18 covered central administration costs, compared to 6.7 percent across the state.

The district had the third lowest administration expenditure rate in the state among districts with student populations between 10,000 and 20,000 people, behind Kennewick and Central Valley school districts. Another 16 districts in the same population category spent a larger proportion than the state average, up to 7.9 percent in Clover Park School District in Pierce County.

Overall, 11 percent of Yakima School District general fund expenditures that school year — or roughly $24 million of nearly $219 million — were on administration costs either at the central office or school buildings. This was below the state average of 12.7 percent of general fund costs. Union Gap School District was the only other district in the county with an overall administration total below the state average, at 11.6 percent of general fund expenditures, or roughly $899,000 of nearly $7.8 million.

Yakima School District is the largest district in the county, with roughly 16,000 students, while Union Gap is the smallest, with roughly 650.

The proportion of funds spent on administration is not where the district’s focus should be, said Yakima Education Association President Steve McKenna. Instead, the ratio of administrators and directors to teachers, compared to teachers to students, is more illustrative of where resources are directed, he said.

There is one administrator or director to every 10.8 certified teachers budgeted for the 2019-20 school year, compared to one certified teacher for every 16.2 students in the district, according to data from a district budget presentation.

“There’s a lot more of them to us than us to students,” said McKenna. “To me, those numbers should be reversed … It feels like we need to adjust the resources to put more where the students are.”

McKenna added that the new district administration “seem(s) to genuinely be trying to make changes and do things in a more positive manner,” but these ratios alone show that by reallocating resources “we could be getting a lot better results,” he said.

“The new leadership is very collaborative and we’re in a state of re-imagining the Yakima School District. … We’re open to hearing any ideas,” she said. “But we’re really proud of how we’re operating here under the state average and leading the county.”

Going into the new school year, Yakima School District expects to cut administrative costs even further. Preliminary district numbers show it anticipates spending just 5.3 percent on both central and building administration, for a total of 10.6 percent of the total general fund expenditures, compared to the 11 percent in 2017-18.

Where is administration spending high?

Local districts with the highest portion of their general fund expenditures spent on administration costs in the 2017-18 school year were Mabton at 19.5 percent; Mt. Adams at 17.3 percent; Wapato at 16.1 percent; Granger at 16 percent and Zillah at 15.8 percent.

But district numbers can’t necessarily be looked at as apples-to-apples, said Tim Garchow, executive director of the Washington State School Directors’ Association. Smaller districts, for example, might not have the human resources to break down spending to the same granular level that a larger district might, he said. This could lead to things like utilities bills for school buildings being lumped into administration costs, making central or overall administration spending look higher than it is in reality.

“I don’t know many districts that are bloated — top heavy on administration,” he said. “I think as districts have had to make funding and budget priorities, every district I know has made an effort to keep the money in the classroom where it impacts kids.”