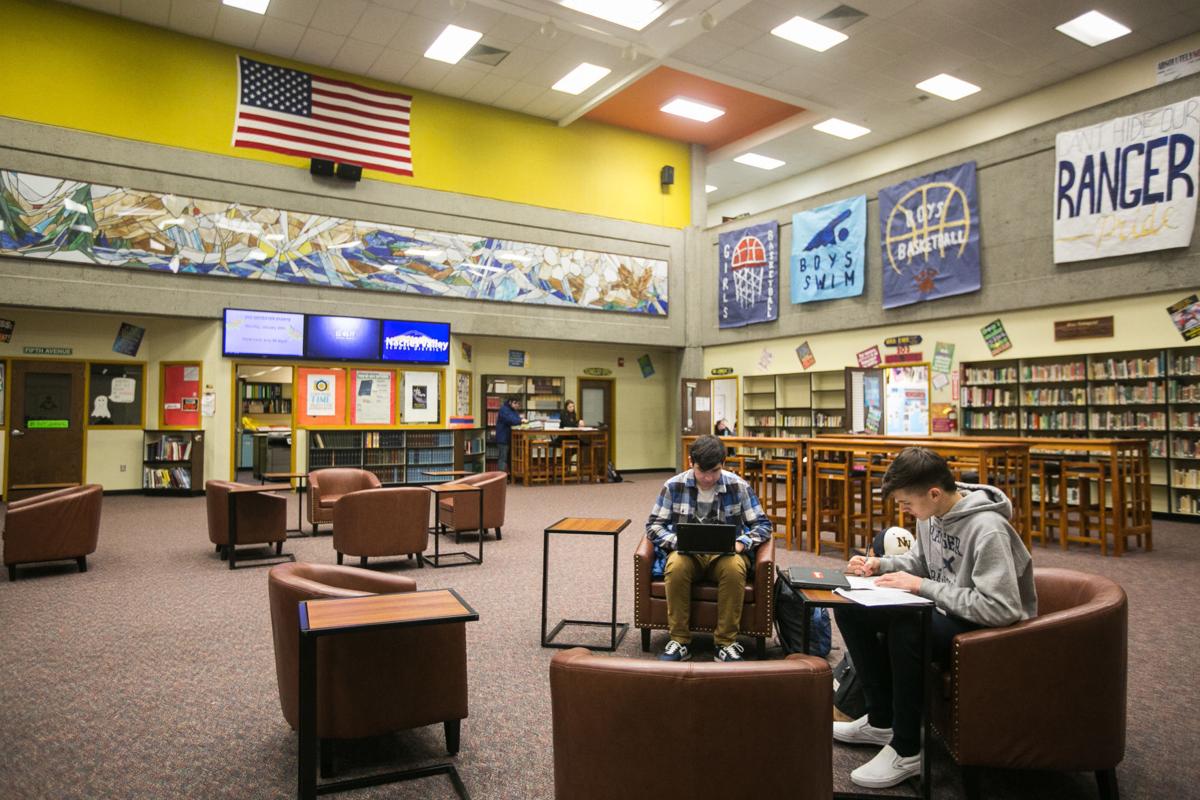 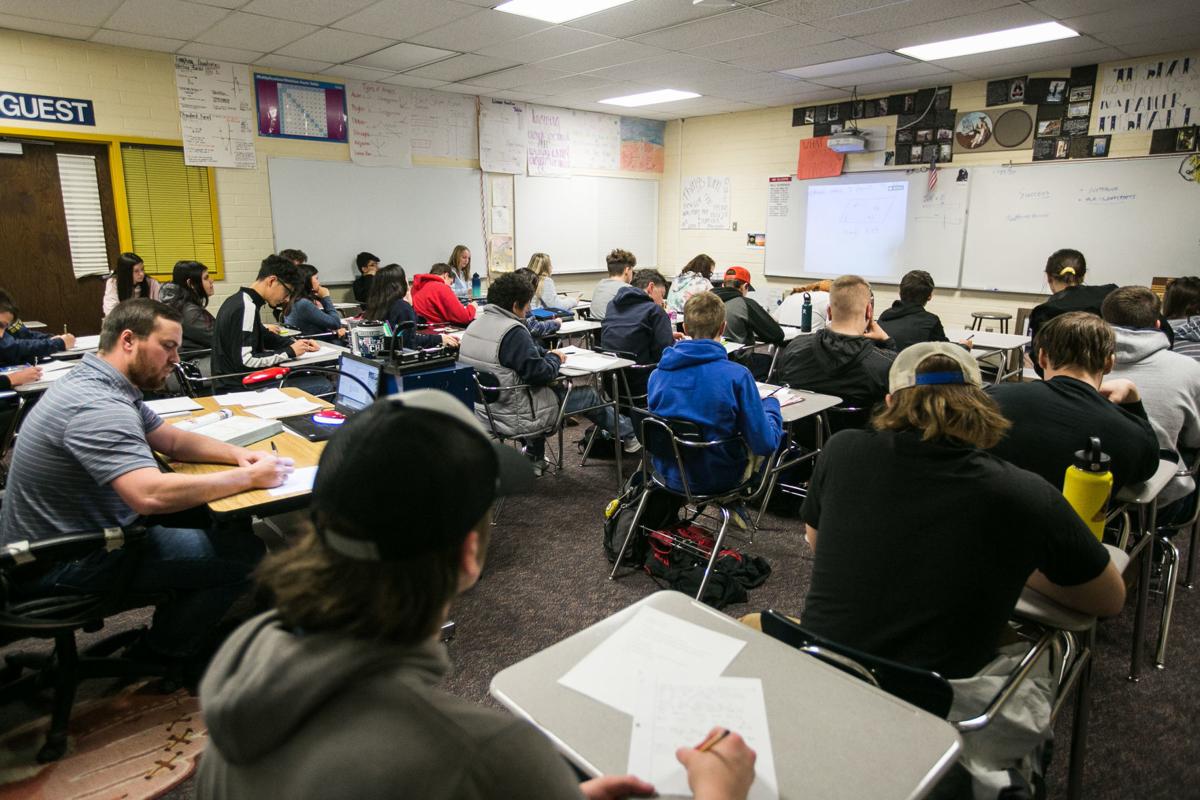 Voters throughout Yakima County will decide measures to renew school operation levies as ballots for the February special election are mailed out this week.

The levies are used to fund programs beyond basic education, such as athletics, art and music, technology instruction and special education. Each measure proposes the renewal of a levy expiring at the end of the year. The new rates would take effect in 2021, if passed.

The Yakima School District is also asking voters to approve a new capital levy this year.

Levies require a simple majority of 50% plus one to pass.

Ballots must be returned by Feb. 11. Eligible voters can register to vote online through Feb. 3 and in person through Election Day.

The February vote comes shortly after changes in school funding made in Olympia last year kicked in, raising property taxes in some communities automatically in 2020.

In an effort to fully fund basic education after the state Supreme Court found the state had fallen short, state schools taxes were increased in 2018 while local schools taxes were capped at $1.50 per $1,000 in property value, regardless of what communities had previously approved. This made 2019 property taxes lower than they had been previously for some residents.

The majority of districts statewide were found to have been negatively impacted by the change, prompting lawmakers to lift the cap to $2.50 per $1,000 property tax in 2019. The change goes into effect this year. In some areas where rates above $1.50 had been approved in a previous vote, this means an automatic increase in property tax this year.

Taxpayers in Yakima and Naches Valley school district boundaries will experience this shift.

In the Naches Valley School District voters approved a local school levy of $3.48 per $1,000 property value in 2016. In 2019, the district collected roughly $2 less per $1,000 due to the initial statewide cap on local school taxes. With the levy cap raised the following year, the district will automatically see its levy funds raised to the $2.50 per $1,000 property value max this year. The district has estimated that this will bring in roughly $800,000 less in local taxes in 2020 than voters originally approved.

County Assessor Dave Cook said both state and local school taxes are increasing this year. He said as voters fill out their ballots, they should remember that the amount of money a levy is collecting over its duration is what they are approving or voting against — not the levy rate.

Here’s what schools are asking their voters to support:

The Yakima School District is proposing two levies this election.

If passed, the district would also receive levy equalization support from the state of roughly $17 million to $20 million each year, according to the district. Together, the local and state equalization funds would make up roughly 10% of the district’s budget.

Without the levy’s approval, communications director Kirsten Fitterer emphasized the district would not get the tax dollars or the state equalization dollars, “So it’s really leaving a lot of money on the table for the Yakima community — especially the students.”

The levy proposal would renew an expiring four-year levy passed in 2016 at an annual rate of between $14 million and $14.6 million. The levy rate was estimated to be $3.04 per $1,000 property value at the time. Matched with state assistance, the levy was expected to bring in roughly $29 million a year, accounting for roughly 15% of the district budget.

“I don’t think I can (overstate) the importance of having a levy that passes, at this point,” he said, pointing to the repeated failure of a 1998 levy measure in Yakima School District, which led to program cuts in the district, including loss of teacher positions.

In addition to the levy replacement, the district is asking voters to approve a four-year capital and technology levy that would help cover the cost of building maintenance and technology contracts. It would bring in between $3.17 million and $3.57 million each year at an estimated rate of $0.54 per $1,000 property value, or $108 annually for a house valued at $200,000.

The district has pitched the levy combo as being a continuation of what voters have previously approved, with the estimated combined rate of the levy being $3.04 per $1,000 assessed value — the same rate approved in the 2016 levy vote. The new levies would bring in upward of $17.8 million in local taxes each year, compared to the highest amount previously approved by voters of $14.6 million. The difference is due to an increase in local property value.

The Sunnyside School District is asking voters to approve a four-year replacement levy that would bring in a roughly $13 million over its duration. The levy rate would hover around $1.61 per $1,000 in assessed value — right around what the 2020 rate of $1.59, according to Superintendent Kevin McKay.

“The same things that the board and community identified as needs for the school and the district at the time (of the last levy vote) are still the same needs,” said McKay adding that the 2021 tax rate would be the same as this year’s. “$1.59. That’s the same tax rate the taxpayers are going to pay in the last year of the (current) levy. The goal was that: Not to raise taxes.”

If approved, he said Sunnyside schools would receive roughly $8 million a year in state equalization funds.

McKay said the money would go to technology, safety and security, curriculum support, staffing outside of basic education and extra curricular activities like clubs and sports.

He emphasized that the levy was separate from a bond voters approved last February. The $16 million bond was combined with $2 million in district funds and $6.5 million in state matching funds to pay for added classrooms, multi-use learning spaces and facilities, and new parking, sidewalks, courtyards and access roads at Sunnyside High School. The entire project is expected to be completed in 2022.

“Bonds are for building and levies are for learning,” he said, differentiating the two. “We’re hopeful and I’m hopeful, because our community has always supported our schools.”

If passed, the levy would be matched with roughly $400,000 in state equalization dollars, according to a district flyer.

Superintendent Robert Bowman said hold-harmless dollars, or state funds provided to 115 districts found to have been disadvantaged by the changes to school funding in the state, buffered a financial blow to the district. The levy lift also helps the district maintain programs, he said, which is why the district decided to ask voters for the maximum dollar amount.

“It doesn’t give us a lot of ability to go out and get new programs and new staff,” Bowman said. “For some of us, we’re just surviving, not thriving. For some of us, it’s just about keeping the programs that we have.”

Zillah School District is proposing the renewal of a two-year operations levy. The district would bring in roughly $2.2 million over its duration at a rate of roughly $2 per $1,000 assessed value. That would mean roughly $400 annually for a house valued at $200,000.

Superintendent Doug Burge said the two-year levy was a reflection of a more than 20-year trend in the district.

An increase in property value means that despite a steady levy rate, the district will bring in $400,000 more than it expected to with its 2018 levy. While Burge said the district might expect levy equalization funds, he said the amount was yet to be determined.

If passed, it will be matched with roughly $3.9 million in state equalization dollars “at no additional cost to the voter,” said Superintendent Joseph Castilleja. He added that the renewed levy was more or less a continuation of the existing operations levy in the district.

Castilleja said this was his first time running a levy. He said he hoped to use the levy dollars to support fine arts and music, two areas that have been expanded districtwide this year and that he plans to continue to grow.

“Really, it’s making the things we enjoy about school possible outside of basic education,” he said.