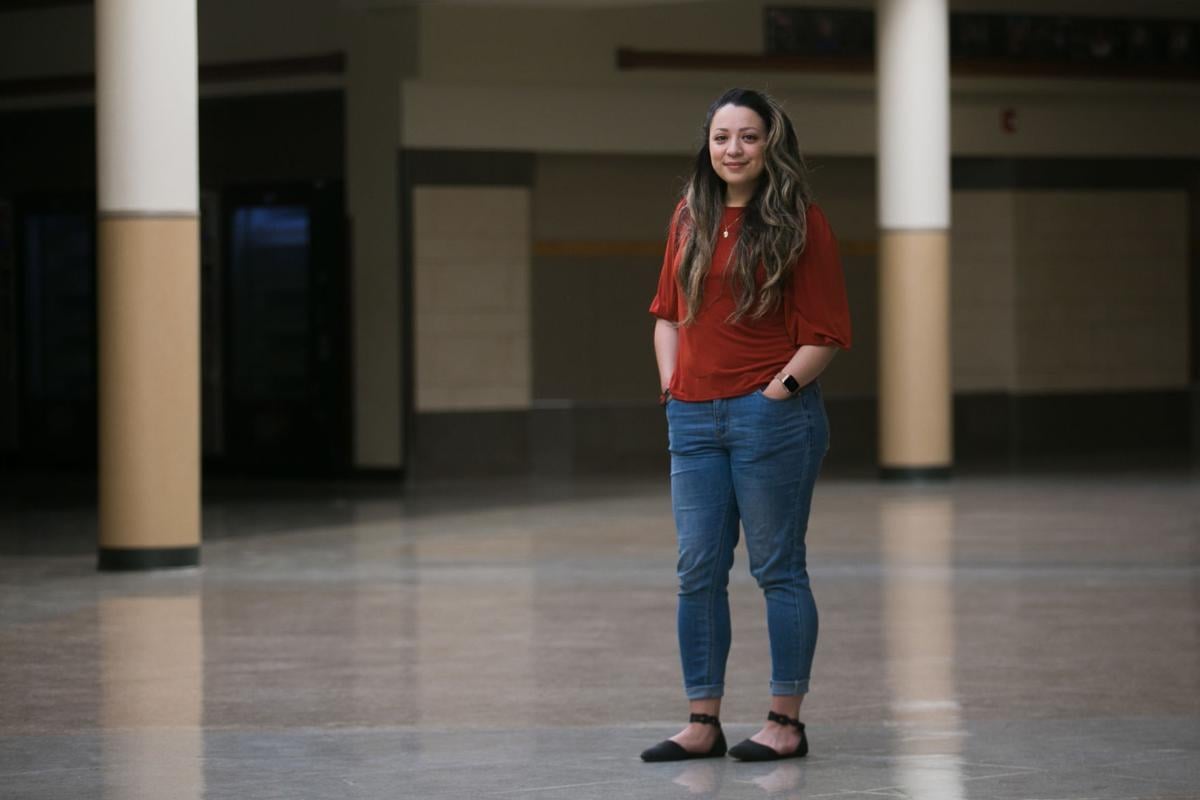 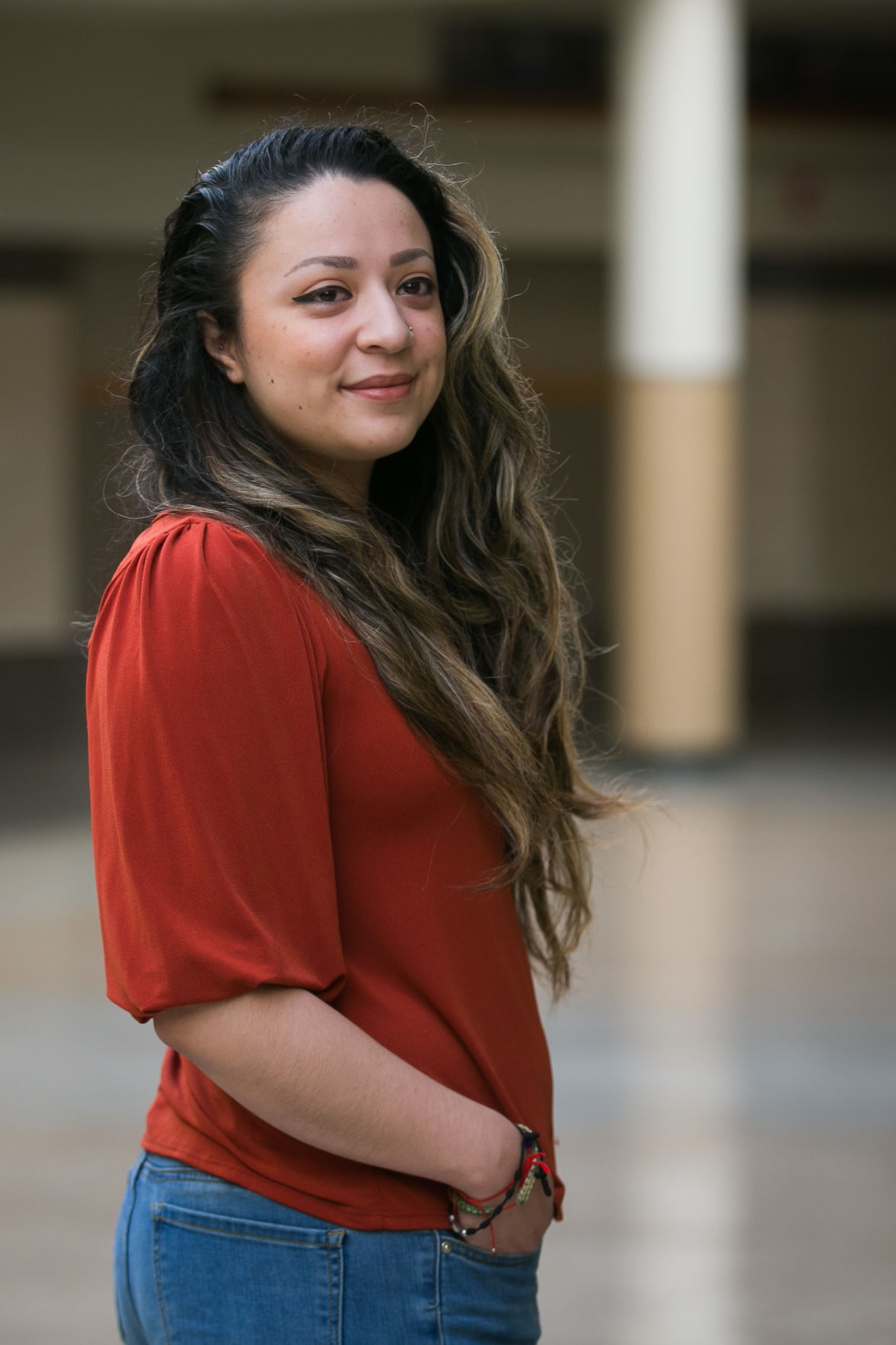 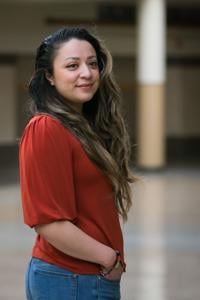 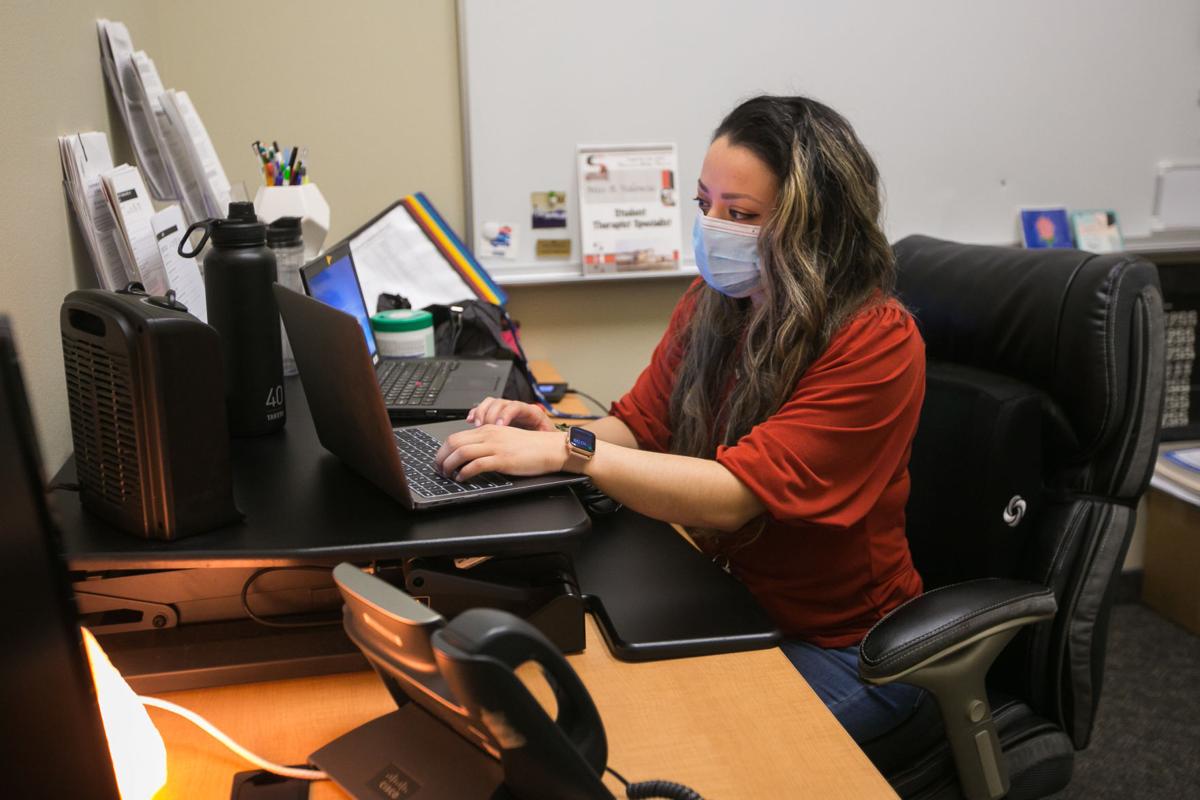 Avalon Valencia, a school based licensed mental health specialist with Comprehensive Healthcare, prepares for a virtual student meeting in her office at Sunnyside High School in Sunnyside, Wash., Friday, Oct. 9, 2020.

Avalon Valencia, a school based licensed mental health specialist with Comprehensive Healthcare, prepares for a virtual student meeting in her office at Sunnyside High School in Sunnyside, Wash., Friday, Oct. 9, 2020.

At Sunnyside High School, students struggling with depression or anxiety used to be referred to community partners, since their needs were beyond those that school social workers or counselors could address.

That often meant sending a student to practitioners in Yakima or the Tri-Cities, said district assistant superintendent Heidi Hellner-Gomez. Ensuring students got to these far-flung clinics for appointments was a challenge, on top of the struggle to find openings for them with providers who work with school-aged youths.

About two years ago, that changed when the high school was able to contract with Comprehensive Healthcare to have a licensed mental health professional on campus full time.

“That was a tremendous benefit to us,” Hellner-Gomez said, adding that Avalon Valencia of Comprehensive rounded out a campus-based team of student support staff.

Now, students have access to high-quality mental health counseling without the long waits or logistical complications. And that could become a reality for middle and elementary school students in the district, too, she said.

The Sunnyside, Yakima and Wahluke school districts received grants this year from Project Aware, a five-year $9 million program to support student mental health services. Each district will receive between $300,000 and $500,000 annually.

“We are just ecstatic and excited and so thankful for this opportunity to better serve our students who have mental health needs across our district,” said Sunnyside Superintendent Kevin McKay. “It’s a wonderful thing.”

For all three districts, the funds mean an opportunity to bring much-needed resources to students.

The Project Aware grant is in its second edition, having been provided to Battle Ground, Shelton and Marysville school districts, three school systems west of the Cascades, from 2014-19.

The grants on the west side led to high use and higher-quality mental health support, according to a grant summary report. Among high-risk youth, the grant led to significant improvements in behavior, according to a report from the Washington Office of Superintendent of Public Instruction, or OSPI. Students posed less risk to themselves, performed better in school and developed healthier relationships.

One of the big takeaways was a need for “systems, coordination and collaboration” at all levels of a school, said Megan LaPalm, the primary contact for the grant program at OSPI. That means everyone from paraprofessionals and teachers to school counselors and social workers understand, recognize and respond to mental health challenges, she said.

She said the Yakima, Sunnyside and Wahluke districts received grants, in part, because of their “considerable mental health-related issues.”

In 2018, between 35% and 43% of eighth-, 10th- and 12th-graders in Yakima County reported sustained depressive feelings in the past year, according to the Healthy Youth Survey; that’s slightly higher than the state rate of 32% to 41%. Roughly 20% reported considering attempting suicide in the past year.

Those mental health challenges affect students’ overall well-being and their readiness to learn, according to OSPI.

Mental health challenges among youth are only thought to have worsened recently, with experts pointing to fewer opportunities for intervention without in-person learning, as well as an inverse relationship between age and frequency of depressive symptoms — meaning younger individuals have reported more challenges with depression during the COVID-19 pandemic. The state Department of Health also anticipates that the risk of suicide in the state will peak in October through December, based on known cycles of disaster response.

Mental health resources within local schools are improving, and LaPalm said telehealth services are available to youth until in-person services have widespread availability once again.

Throughout the course of the five-year grants, LaPalm said a focus on the Yakima Valley region, compared to the I-5 corridor in the past round, would provide a new lens for learning about student mental health challenges and systems to address them.

It’s early in the grant process, with each district still waiting for details about how exactly the money can be used and what collaboration will look like among the three districts, OSPI and Educational Service District 105, which supports local school districts.

But already, administrators are getting excited about what the funding and support could mean for their students.

Across the Columbia River from Yakima County in Mattawa, Wahluke School District prevention program director Gigi Calaway said students struggle with what she calls co-morbid factors: substance abuse compounded by things like anxiety or depression, or vice versa. The Achilles’ heel of the small, rural community populated primarily by migrant workers, she said, is its distance from cities with community resources.

“(We) lack actual resources of mental health clinics or substance abuse treatment centers,” Calaway said. “We don’t even have a Boys and Girls Club or bowling alley or movie theater or swimming pool. We don’t have resources that most communities our size have.”

The school district, which serves fewer than 2,500 students, is the community’s largest employer, she said. While students come to the district for many basic services, referrals to more in-depth mental health services are often seen as low-priority for poor families that struggle to fill up a gas tank to get to distant appointments, she said.

Through the grant, Calaway hopes the district can explore whether families could be reimbursed for these costs or if the district could contract with a licensed mental health provider to ensure they have availability set aside for students each week. She also sees the grant as an opportunity to fund existing volunteer-based programs for youth that address substance abuse and suicide prevention in the community, for example.

In the Yakima School District — the largest district in the county, with about 15,600 students — the grant funding arrives at the same time the district is building a partnership with the Jed Foundation, a national mental health and suicide prevention nonprofit, said Superintendent Trevor Greene.

The foundation is expected to provide the district with a consultant to help map out mental health resource and response plans tailored to Davis, Eisenhower and Stanton Academy high school students. On top of that, district administrators will work with schools across the district to determine how Project Aware funds might best support student needs.

In Sunnyside, Hellner-Gomez said she hopes to see the model at the high school translate to the district’s middle and elementary schools.

While campuses throughout the district offer things like social and emotional learning — which help build awareness of emotions and relationships, and skills to manage them — and have teams that help identify student needs, she said young high-needs students are still referred to outside resources.

Through the grant, Hellner-Gomez hopes one of the results will be two licensed mental health professionals at the middle school levels and “as many as we can sustain in the elementary setting,” she said.

She added that the district doesn’t want to create services that can’t be supported after grant funding ends, but she sees the five-year period as an opportunity to cover start-up costs that would otherwise be prohibitive.

Hellner-Gomez said she is also looking forward to learning from approaches in Yakima and Wahluke. She said because Wahluke has a smaller student body, it might be able to more quickly implement programs, while Yakima’s large system might have a more structured approach that could also lead to new ideas.

“I’m very interested to see how the three districts take their funding and what they put it towards,” she said. “There’s a lot we can learn.”