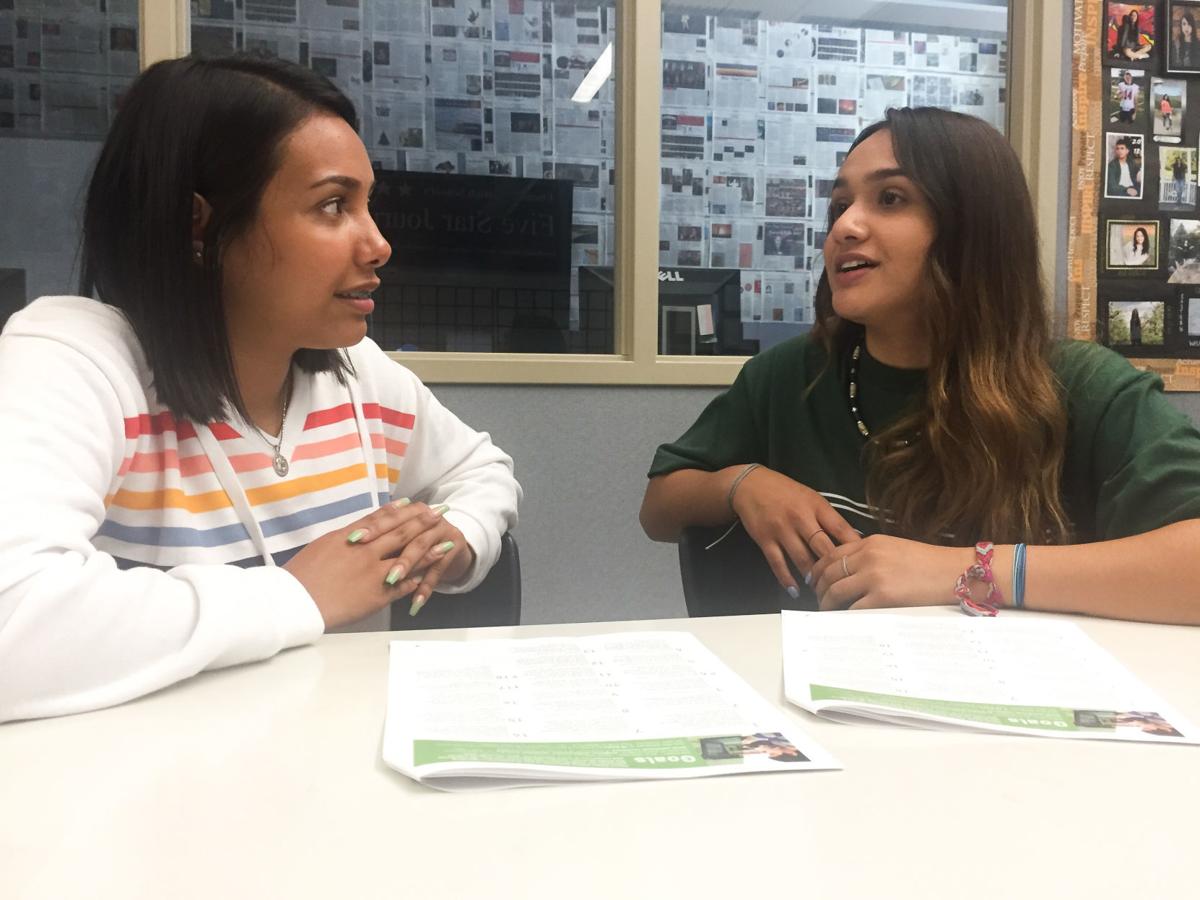 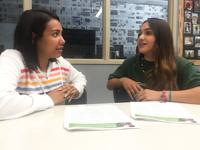 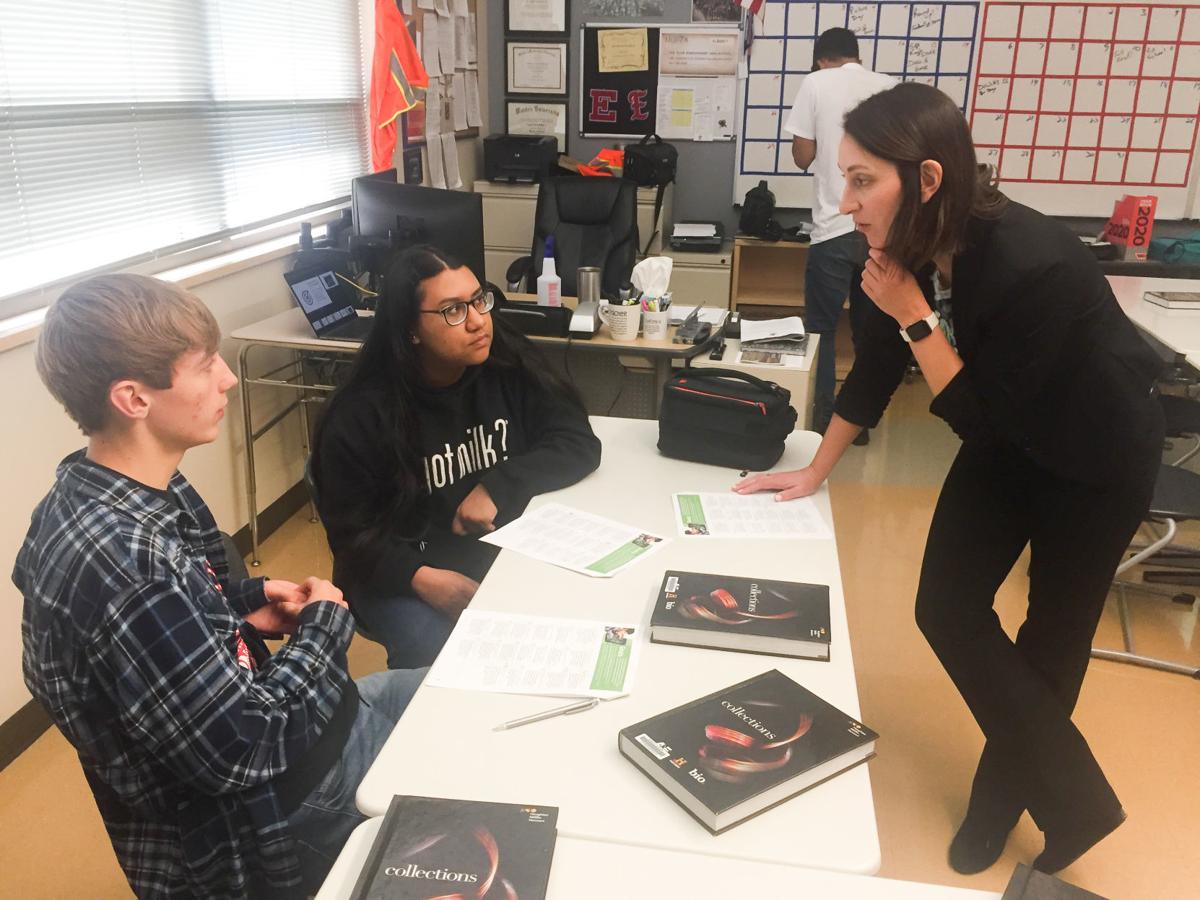 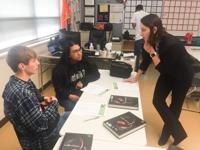 Laura Hayes, a senior associate at Performance Fact, a company hired by the Yakima School District to help create a new strategic plan for the district, consults with students Monday at Eisenhower High School in Yakima.

Laura Hayes, a senior associate at Performance Fact, a company hired by the Yakima School District to help create a new strategic plan for the district, consults with students Monday at Eisenhower High School in Yakima.

For years, the Yakima School District had a road map that outlined goals for student achievement to guide staff and teachers.

The plan’s road map was for 2013-18, and the district has kept the principles in place.

“The schools kept the road map alive,” said school board vice president Graciela Villanueva, explaining the themes held true and have continued to guide the district.

As Superintendent Trevor Greene joined the district in July, he said creating a new strategic plan was a priority. With the creation of a new plan, he said, he wanted the process to be collaborative, including the voices of community members, from school staff and teachers to parents, local business leaders and students. He said he hoped to finalize the plan by January.

On Monday, the planning process began. It started with students.

“Do any of you play sports?” Laura Hayes asked a classroom of mostly juniors and seniors at Eisenhower High School on Monday morning. “Yeah? OK, you could have the most amazing football team that has the best quarterback, the best running back, the best defensive line, and if you get all those people on the field, they all want to do what? Play and win.”

Hayes is a senior associate of Performance Fact, a company hired by the Yakima School District to help create a new six-year strategic plan. She compared the collaboration of a football team to what’s necessary for a school district to meet its achievement goals for students: If the team isn’t communicating, working toward a clear plan or using an agreed strategy, it is unlikely to win a championship, she said.

In addition to students at Eisenhower, Performance Fact met with groups of students at Garfield Elementary School, Lewis and Clark Middle School, Stanton Academy and Davis High School on Monday. They gave each group suggestions of potential district goals — such as success in early years or college readiness — and asked the students to find consensus on four primary education goals. More than 100 students were involved.

The discussions at the five schools focused on four common areas: student self-responsibility and self-discipline; student resilience, engagement and voice; bilingual and bi-literate development; and readiness for college, career and life, Hayes told the school board later that afternoon.

Students at Eisenhower expressed an interest in being able to file their taxes or pay bills. They also wanted to know more about scholarship and college applications, which they said they knew were available, but often didn’t know how to access.

Stanton students said school should be more focused on learning, rather than passing tests, and some voiced concern about attending college without being properly prepared, resulting in dropping out with debt.

“Let’s make it impossible for these kids to not know how to succeed,” said Ashley Campos, a 17-year-old senior at Eisenhower.

Overall, students wanted to graduate prepared for life after high school, Hayes said. Several students asked how they could continue to participate in the strategic planning process.

The student feedback was shared with the school board and administrators Monday afternoon.

“Starting with students really places them in the forefront of what we do and also demonstrates that we truly value the voice and opinions of the people that we serve,” said Greene, the superintendent.

“To have a starting point of hearing what they believe and what they want really grounds us as adults and really focuses what we can do to support them, instead of guessing,” he said.

Greene said student feedback would continue to be sought throughout the planning process.

During the Monday board meeting, board members emphasized how in sync student goals were across age groups as well as with district leadership’s goals.

Martha Rice, a board member of roughly two decades, emphasized that this was the first time students had been asked to engage in the strategic planning process.

Next week, a core planning team of over 100 people is set to meet for the first time to create a strategic plan. The team will include teachers, staff, community members and parents. The student input will be communicated to them to guide the process.

On Oct. 14, the first of three community forums is planned to update the community and allow for feedback that can serve as a “reality check” for the core planning team and board. It will take place from 6-7:30 p.m. in the Davis High School commons and is open to the public.

“This is an open process and we’re more than happy to involve members of the community,” said Greene.