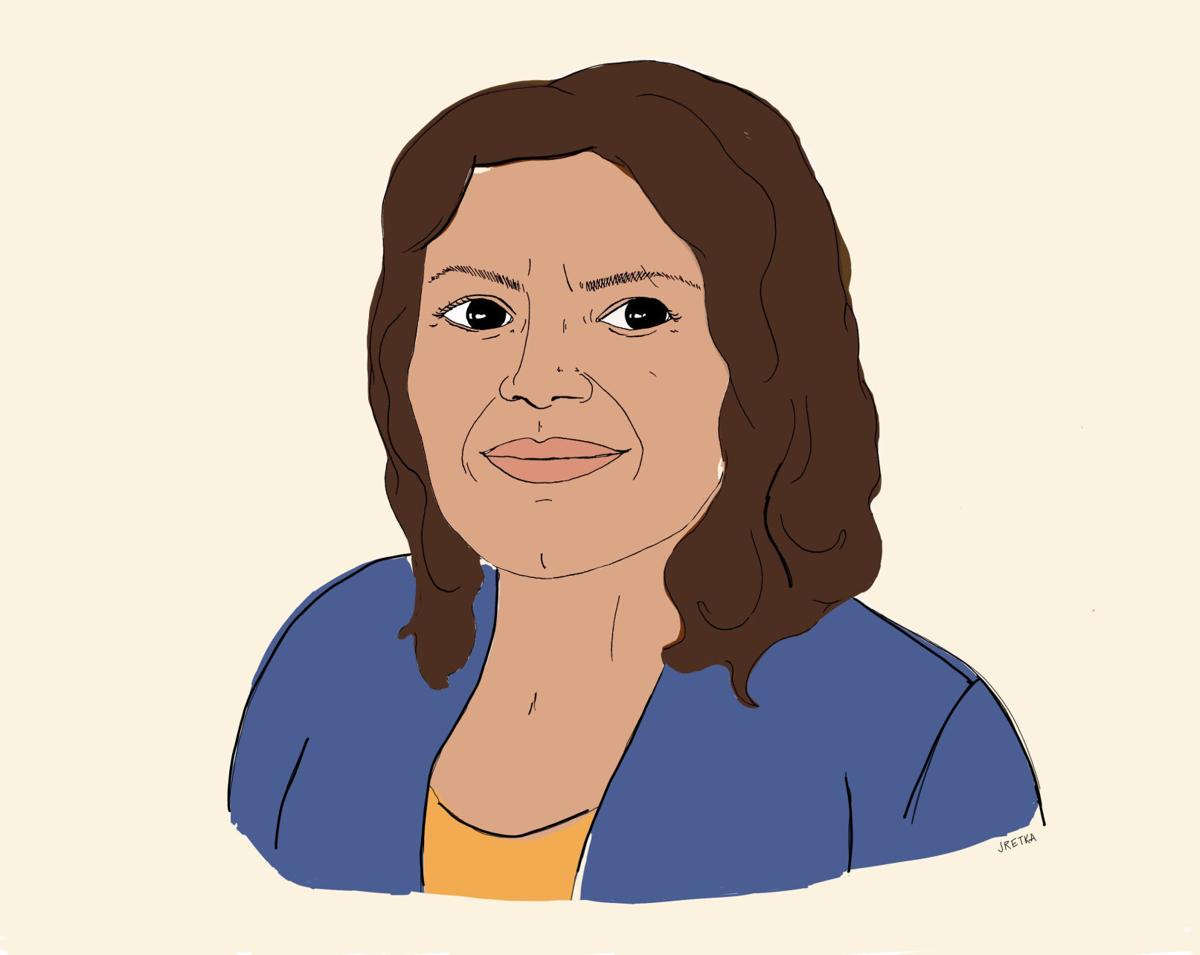 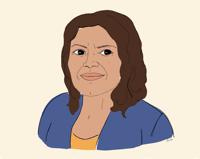 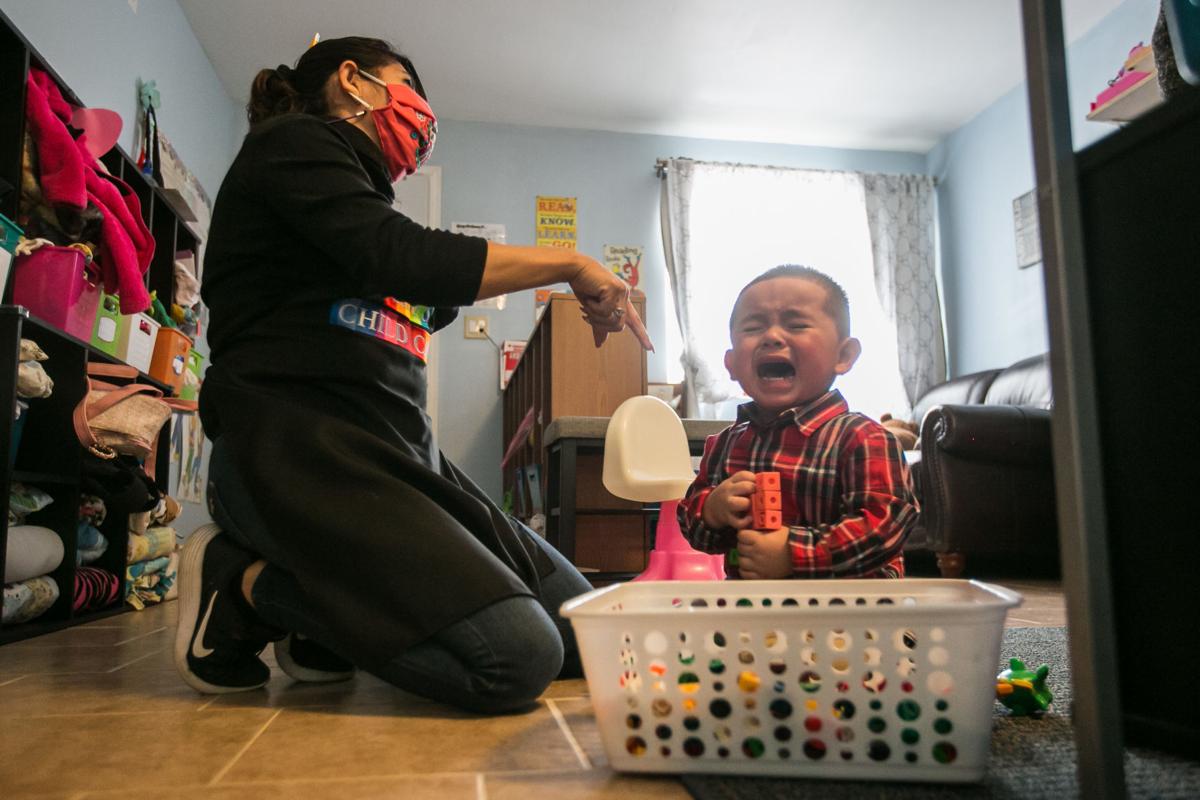 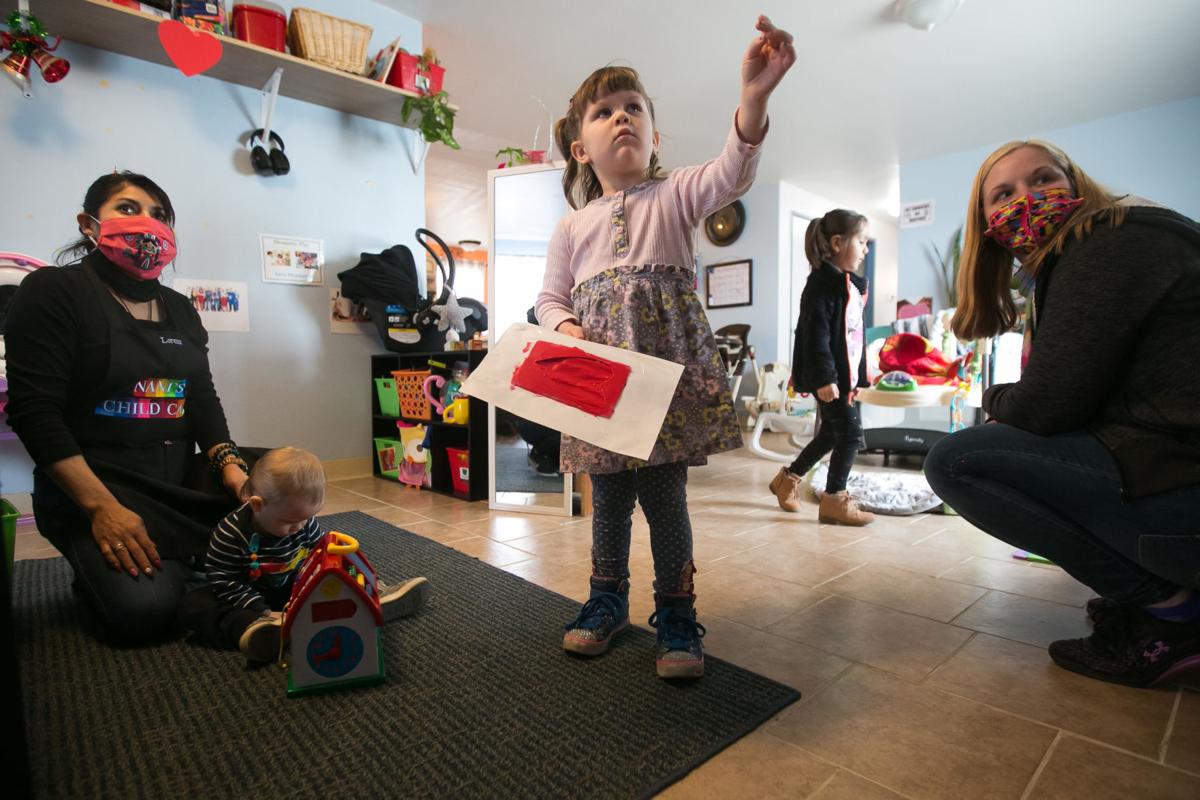 Melody Collins, 3, center, points to a section on a wall where she will hang a heart-shaped painting she created Tuesday, Feb. 9, 2021, at Nani’s Child Care in Yakima, Wash.

Melody Collins, 3, center, points to a section on a wall where she will hang a heart-shaped painting she created Tuesday, Feb. 9, 2021, at Nani’s Child Care in Yakima, Wash.

Miranda opened her own child care program, Nani’s Child Care, four years ago. A long-time friend who is also a Yakima-based provider helped introduce her to the business. She worked at her friend’s program for a time and found out about the union through her.

Miranda said one of the biggest challenges for her in becoming a child care provider was adjusting to the limitations on house visitors after becoming licensed as an in-home provider. Every visitor must have a background check, including fingerprinting, and be approved by the state — a costly and time consuming endeavor, she said.

It’s meant that she can’t host family celebrations or meals that she used to.

But as she learned the new system and rules, Miranda said having a network of other in-home providers through the union and a state mentorship program were helpful in learning the ropes. ‘That was awesome, that helped me with … the licensing process,” she said.

Now, as a union representative, Miranda helps other providers navigate the sometimes complicated system, she said.

How do you integrate learning into everyday experiences with the kids you take care of?

“(Starting when) they’re babies, we sit with them, we talk with them about colors, numbers, shapes, sizes,” she said. “As we talk to them, we try to incorporate little things here and there so they’re growing up with some of the knowledge that kindergartners should have. By the time they go to school, they already know a lot of colors, ABC’s, things like that.”

She recommends that new or aspiring providers read the state requirements and guidelines for becoming licensed before they pursue a license to make sure they’re up for the challenge.

“If you’re up for the challenge, go for it. Because the challenge is not easy. It’s a long journey,” she said.

Are you a parent filing taxes? Here are some tax benefits you should know to claim

Welcome back to The Growth Gap.