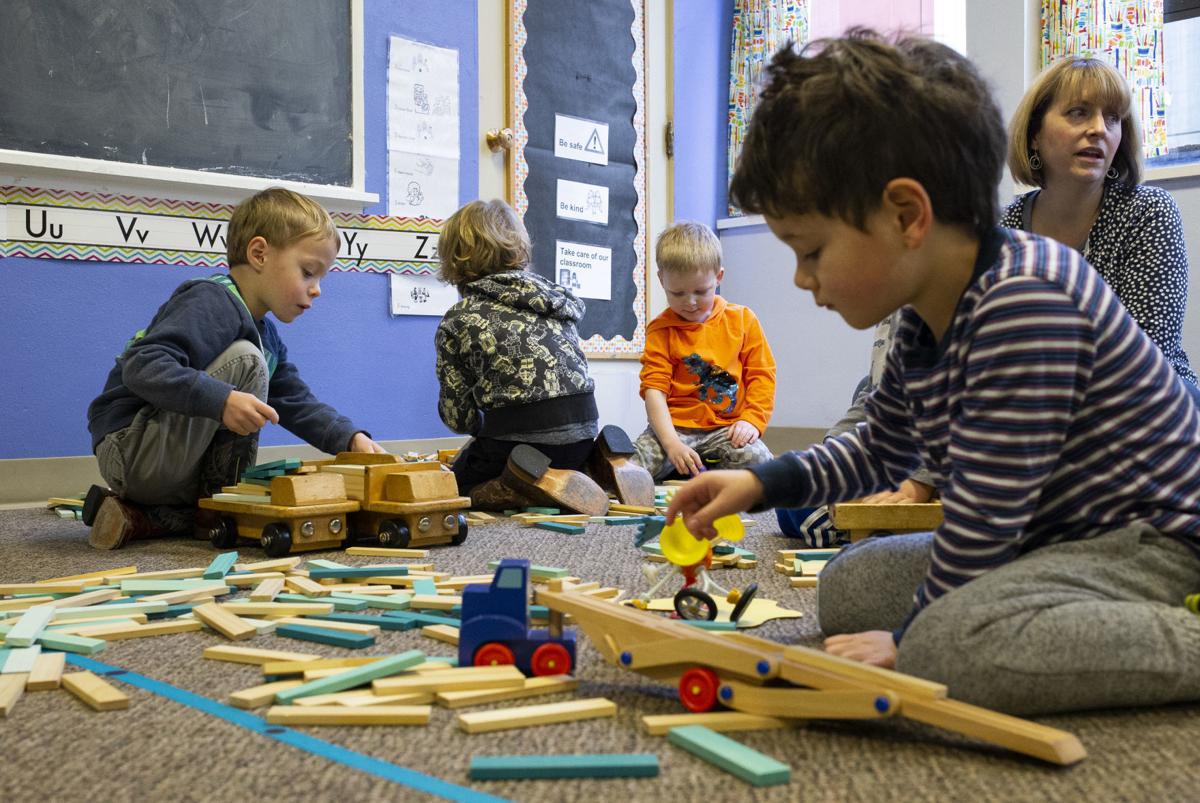 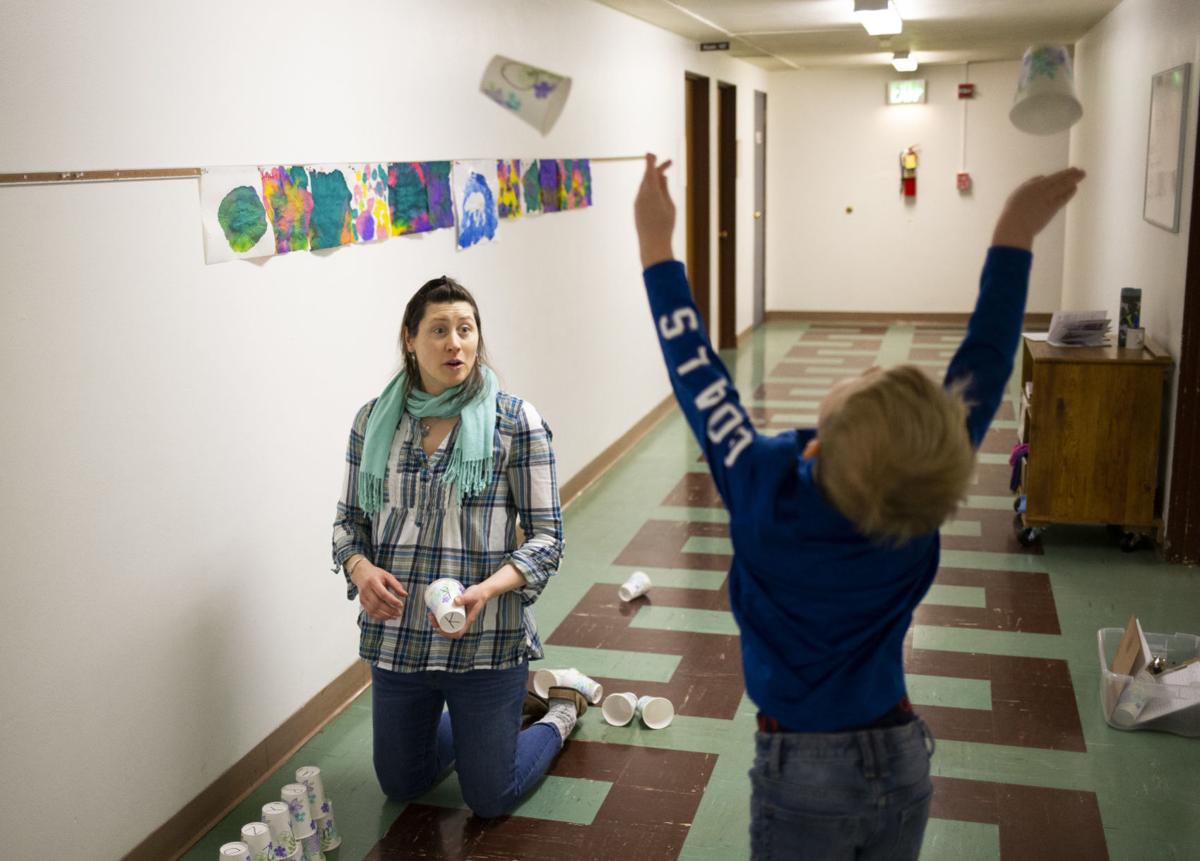 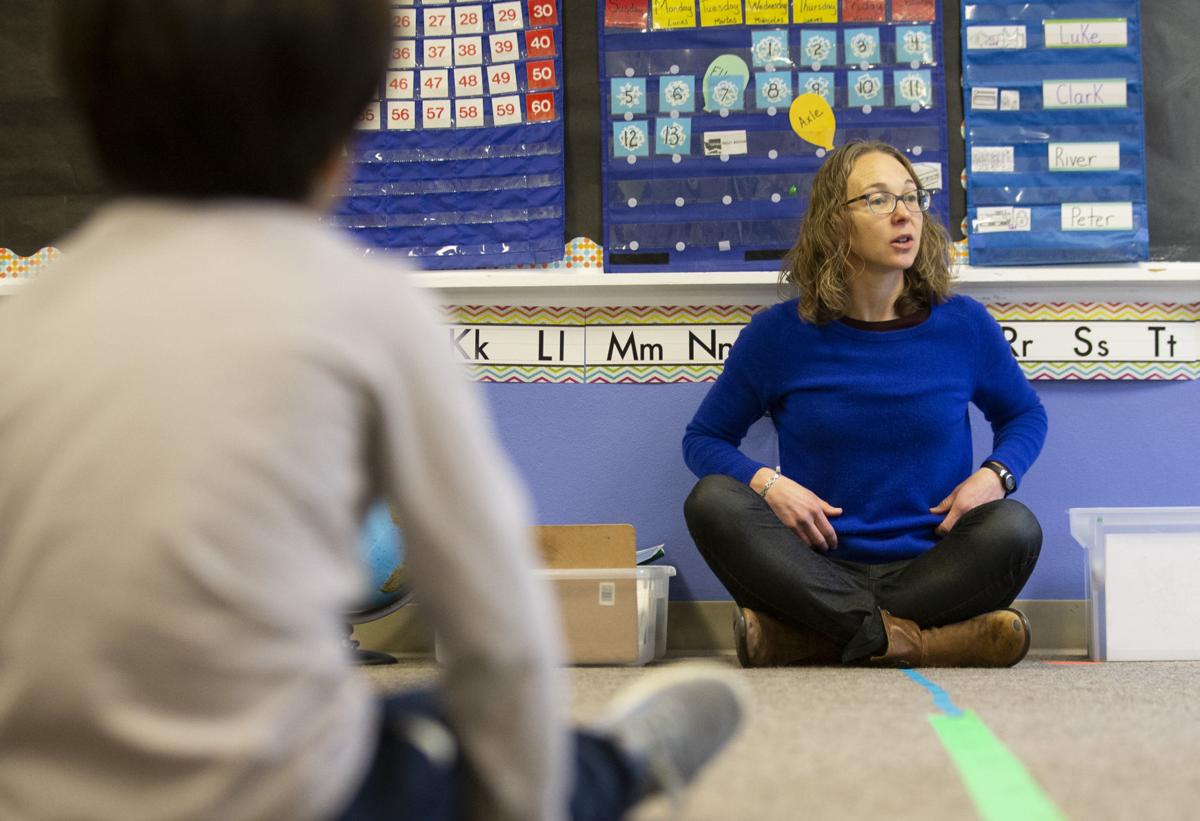 Andrea Redman enrolled her first child in a Yakima toddler and preschool co-op early, at about 18 months old.

It was versatile: Children could attend class as many as four mornings a week for a small tuition fee, and Redman could participate in her child’s learning.

“I didn’t necessarily want to just drop my child off somewhere, and I didn’t want to be with them the whole time, either. So it was just the happy medium where I could know what they were learning every day and see and know their peers,” she said.

It was also a great learning environment. With a play-based focus, she said the children were developing their brains in ways that seat-based learning doesn’t provide. And Redman was learning, too. In addition to observing the teacher while she was helping in class, the co-op had monthly parenting classes that helped bring healthy classroom behaviors home.

Today, Redman has a 12-year-old and twin 9-year-olds who came up through the Central Lutheran Preschool co-op. She is now the school’s head teacher.

The co-op was once part of a network of several similar classrooms throughout Yakima County. Now, it’s one of just two remaining Yakima preschool co-ops registered with PCPO, a nonprofit group of over 50 preschool co-ops in the Pacific Northwest.

It was just after 9 a.m. on an early January morning, and it was circle time at Central Lutheran Preschool co-op. Students sat attentively as Redman pulled out a globe and pointed to Antarctica, the “Queen of Cold.”

Penguins live here, she said, before asking students to stand up and show her how to walk like a penguin. Her arms were pinned to her side, hands parallel to the ground, and she waddled along with students, several moms and a grandmother who were participating in class for the day.

Redman then pointed to North America, telling the students that was where they live. She also explained the equator, a line halfway down the globe that is closer to the sun and much warmer than Antarctica.

The students were clearly excited. One student exclaimed that he knew these concepts — they are from geography. Another said his family had a map with other lines called datelines.

After circle time, students broke into free play. Some students played with blocks, read books or made collages. In the hallway, others played a game in which they practiced spelling their names.

“Asher, what does your name start with?” Amy Dufault, the mother of one student, asked a classmate.

A 5-1 student-adult ratio makes it possible for kids to have many activities to choose from, Redman said. This also makes it easier for adults to instill good behaviors in students like healthy peer interaction, raising hands and patience. “So when they get to kindergarten their learning takes off because they’re not spending so much time on those social-emotional skills,” the teacher said.

That’s a primary goal of the school, but there’s also a heavy focus on literacy, math, writing and science. Students learn how to use microscopes and what creates shadows, for example.

“Kids are so excited about the natural world they see around them,” said Redman. “It’s just so easy to get them interested in science because it is their world.”

All of this is done through play.

Play is one of the most important mechanisms for children’s physical, emotional and cognitive development, according to Dan Bayly.

All mammals have a play system in their brain, said Bayly, a registered play therapist, licensed counselor and doctoral student studying play and development at Washington State University. During play, a dopamine-based reward system activates with the use of executive functions like complex decision-making, time management, working memory and behavioral inhibition, he said, building up these skills.

Play is important at all ages, he said, but social or imaginative play is the “pinnacle” stage of this development. This play style generally peaks around age 7 before being replaced by more games with rules, he said.

Bayly said the benefits of play can be hard to measure, since they might not show up immediately on a test. In the short term, play-based learning can appear messy, unlike more structured seat-based learning.

But down the road, students who have engaged in play-based learning are more likely to report enjoying school, be self-directed in learning and score better on achievement tests. In adulthood, Bayly said, they generally have better mental-health outcomes, more successful relationships and are better able to solve complex problems.

But education has been trending away from play-based learning in recent years, he said.

“If you look at something as simple as recess time, it has certainly decreased,” said Bayly. “Our knowledge about the importance of (child-directed free-play time) has continued to go up while the availability of it in a child’s day has continued to go down. So we’re really moving away from what science is telling us.”

Molly Kline, communications coordinator for the PCPO co-op network, said most co-ops emphasize play-based learning. So this societal shift toward seat-based learning has contributed to co-op closures in the last five years or so. But she said interest in play-based learning appeared to be growing again, with co-op enrollment improving and new co-ops emerging.

“What I’ve found is … parents want to know, ‘Why would I do this?’” said Kline, adding that the growing science is beginning to win over more parents. “Parents of younger kids these days — the millennial generation is very cerebral. They want to know the information, the evidence, the proof (in their kids’ schooling approach).

“A co-op school is a play school. So they’re learning, they’re just learning in a way that’s fun,” she said.

In the early 1970s, what is now Yakima Valley College began its first preschool co-op, according to YVC spokesman Jay Frank. Over the next several decades, the college became affiliated with seven co-op preschools, five in Yakima and one each in Selah and Zillah.

Central Lutheran was among them.

But in 2009, that changed. YVC saw funding cuts from the state and was looking to reduce its budget by $2.3 million, Frank said. The college ended its affiliation with the co-ops as part of those budget changes.

The seven co-ops had to become independent to stay afloat, creating their own bylaws and administration, Redman said. Over time, the number of local co-ops began to dwindle. But Central Lutheran and Learning Together preschools in Yakima survived.

Today, they share a nonprofit status and their boards of directors and teachers collaborate regularly on grant applications and problem-solving, said Redman.

They are otherwise independent. Learning Together did not respond to repeated requests for comment.

At Central Lutheran, there are 22 students ages 3 to 5, each attending school two to four days a week. Their parents register a month in advance for three to four class days they will help with that month. They also participate in monthly business meetings as the co-owners of the school. The school calendar follows that of the Yakima School District, with no school on Friday. Class is held from 9 to 11:30 a.m.

Redman said the school has working parents and stay-at home-parents, and also allows grandparents to join students to make the co-op feasible for more working families.

In addition to the main preschool program, there are also options for toddlers 18 months to 3 years old to participate in a separate class, or for extended days for students preparing to transition into kindergarten.

While the co-op is held at a church, it is not faith-based, Redman said, although students do attend chapel two times a week. The school maintains the church playground in exchange for using the space. Legends Casino has also supported the school through grants, she said.

This is the first time the preschool class has been full in recent years, Redman said.

“We’re at our max. So hopefully next year is a waiting list,” she said.